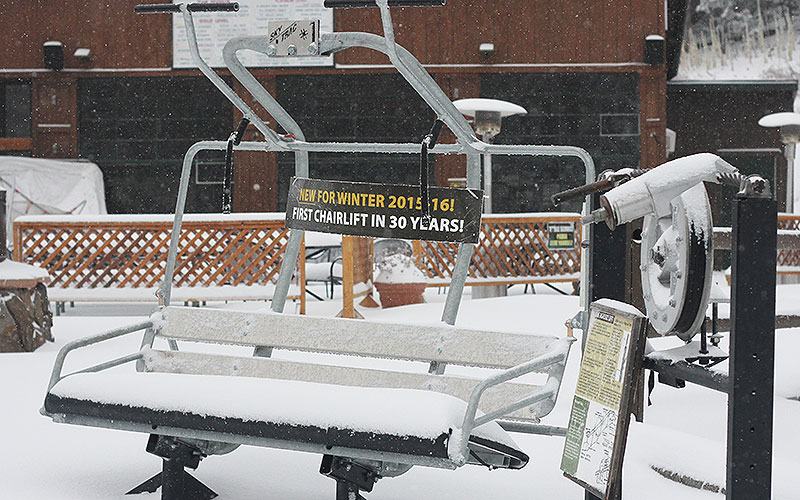 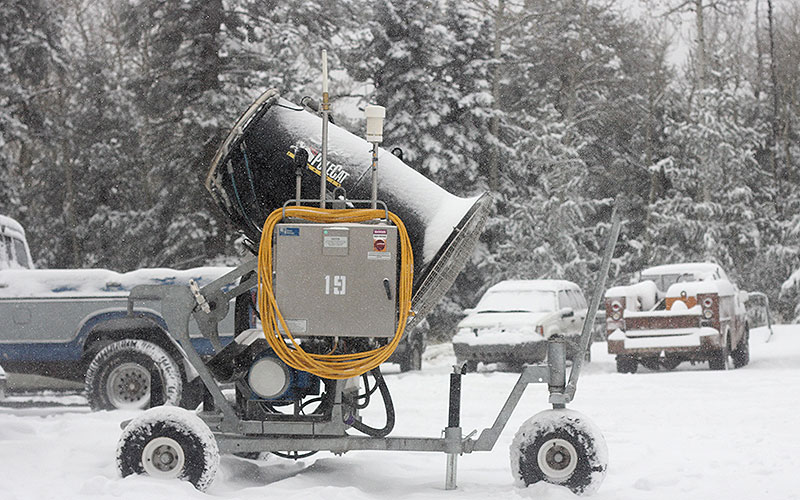 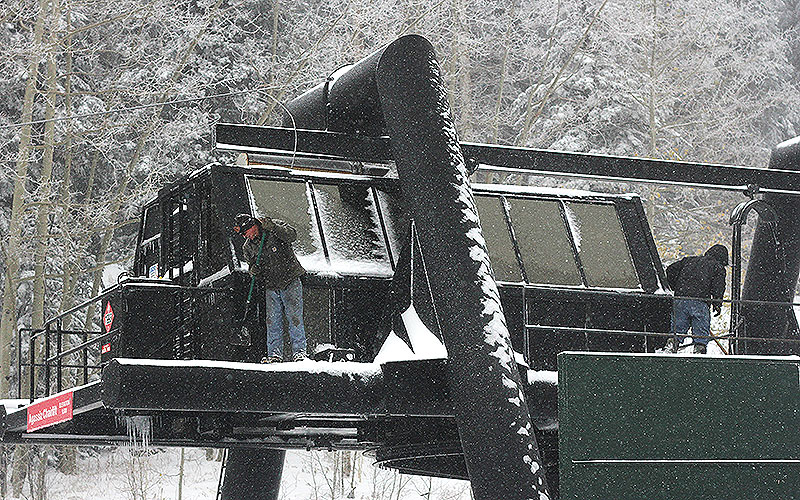 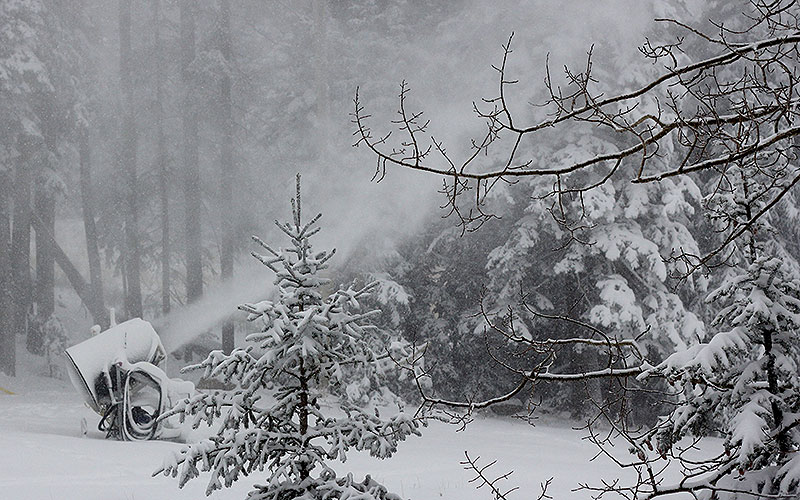 “We are recreating what Mother Nature does with atmospheric pressure and cold temperatures,” said Jason Stratton, director of sales and marketing. (Photo by Lynnie Nguyen/Cronkite News) 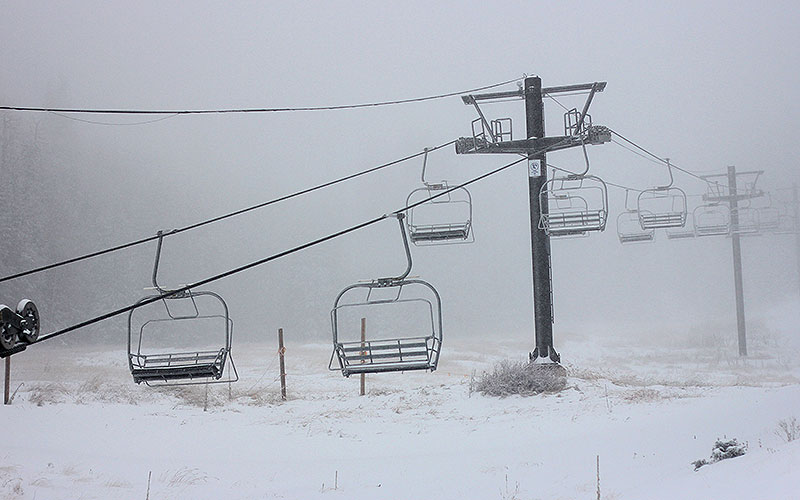 “The people are so rad!” Villaraza said. “There’s just something about being out there with people who share the same passion.”

However, there’s one thing that can put a damper on his snowboarding experiences – the long lines that form at the lifts.

Snowboarders like Villaraza might see shorter wait times at the lifts this season. Arizona Snowbowl will open a new chairlift mid-December, a couple weeks after opening day Friday. It’s the first new chairlift at Snowbowl in 30 years.

The resort plays an important role in Flagstaff’s economy. The resort sees about 175,000 to 200,000 visitors every year, and a 2009 study by the Flagstaff Convention and Visitors Bureau said people visiting Flagstaff for snow play had an economic impact of $11.2 million in direct spending. (And that was before the resort started making snow.)

The new chairlift takes visitors toward the highest point in Arizona, Humphrey’s Peak. It sits among Snowbowl’s six other lifts and 40 trails.

It carries four people at a time, making it the first quad lift at the resort, Stratton said. The new lift is a fixed-grip, non-detachable chairlift, which means it’s not as fast some of the other high-speed lifts at the resort. However, it can carry up to 1,000 people per hour, according to Snowbowl.

“When our entire system is in ideal conditions, we can cover a one-mile stretch of Route 66 with four inches of snow overnight, all four lanes,” Stratton said.

He said the resort could eventually handle up to 100 snow machines, but they plan to slowly add more machines every year. The resort began making snow in 2012 after years of legal battles over its system, which uses treated wastewater to produce the snow.

The new amenities might attract more customers, but for people like Villaraza, it’s the natural aspects that make the 2 ½ hour drive to Flagstaff worth it.

“Being in the shadow of a mountain that has been there longer than man has been around really puts things into perspective,” he said.

Heal, who owns Mike and Rhonda’s, The Place, said the opening of the resort usually brings more people into the diner. The restaurant, which opened in the 1990s, is less than 30 minutes from Arizona Snowbowl.

Although the diner doesn’t rely solely on Snowbowl visitors, the business would be hurt without the steady traffic the resort attracts.

“We rely on our winter economy,” Julie Pastrick, president and CEO of the Greater Flagstaff Chamber of Commerce, told Cronkite News earlier this year.

A spike in snowfall drives up business across all industry sectors – from gas stations to hotels to Snowbowl, Pastrick said.

During the off season, Heal’s diner sees a mix of customers, including tourists, college students, travelers and locals.

“I’m a people person, so I love people. I love to hear their stories, why they’re here. We do get a lot of characters,” Heal said.

Flagstaff saw more snow than anticipated a couple weeks ago during the first snowfall on Nov. 1. Stratton was ecstatic. The Michigan native said early snow got him “super jazzed.”

“This is the stuff we live for and you get a snow year like this with the El Nino forecast maybe once a decade,” Stratton said.

The El Nino weather pattern gave Arizona Snowbowl a head start on the skiing and snowboarding season. El Nino usually brings above-normal rainfall and snow for Arizona, according to the National Oceanic and Atmospheric Association.

Stratton said the wetter season could mean up to 400 inches of snow this winter. The average is 206 inches.

CORRECTION: An earlier version of this article contained inaccurate information about the opening of the Humphrey’s Peak chairlift. The new quad lift opens mid-December to visitors.