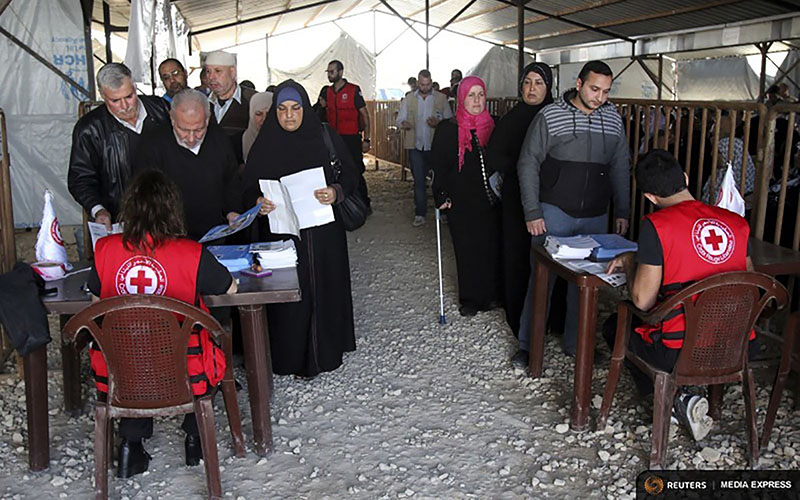 Syrian refugees line up for winter aid at a United Nations refugee agency site in northern Lebanon. Congress is pushing for tougher review of refugees from Syria and Iraq seeking to come to the U.S. (Photo by Omar Ibrahim/Reuters) 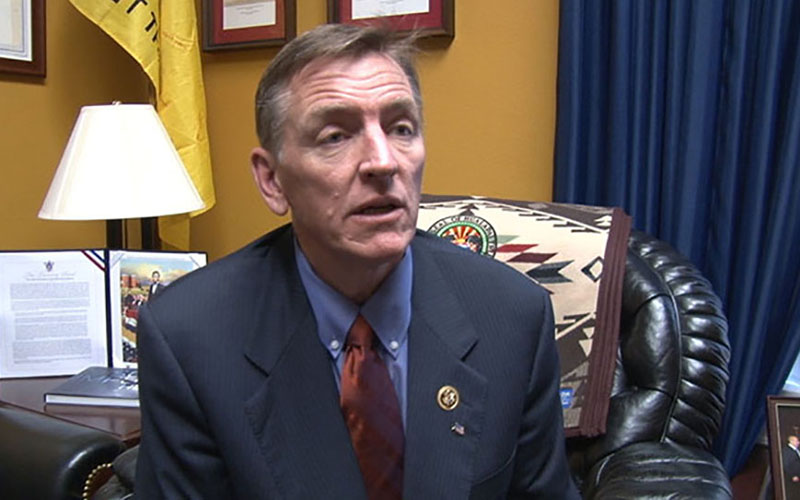 Rep. Paul Gosar, R-Prescott, said the American Security Against Foreign Enemies Act will help ensure that refugees admitted to the U.S. are “safe, reliable and want to be part of the American way of life.” (Photo by Charles McConnell/Cronkite News) 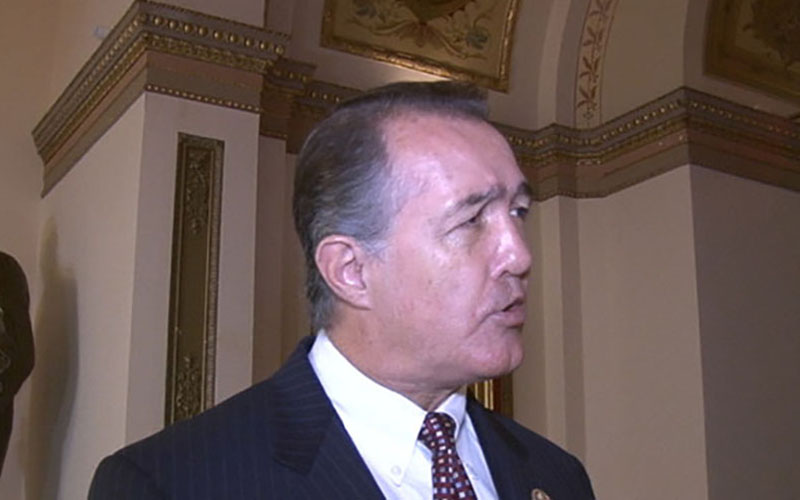 Rep. Trent Franks, R-Glendale, said the bill’s tighter restrictions on Syrian and Iraqi refugees don’t reflect hatred of people outside the U.S. but a “special duty and love” to those inside this country. (Photo by Charles McConnell/Cronkite News)

WASHINGTON – The House overwhelmingly approved a bill Thursday that calls for the U.S. to stop admitting refugees from Syria and Iraq until they pass additional background checks, including direct approval by three federal security agencies.

Supporters said the American Security Against Foreign Enemies Act of 2015, rushed through the House in the wake of last week’s terrorist attacks in Paris, will allow for a more thorough security review of applicants without shutting the door on any deserving refugee.

“We don’t do this today because we hate the people on the outside (of the U.S.),” said Rep. Trent Franks, R-Glendale. “We do it because we have a special duty and love to express to the people inside.”

But critics, mostly Democrats, said that refugees from those countries are already subjected to about two years of checks before they are admitted to the U.S., and they called the changes unnecessary and costly.

“Our Syrian refugee vetting process is already the most comprehensive in the world, and these changes would stretch the federal government’s limited resources,” said Rep. Raul Grijalva, D-Tucson, in a joint statement with Rep. Keith Ellison, D-Minn.

Other Democrats took it a step further, saying the bill represents a betrayal of America’s history of welcoming the downtrodden.

“Our beloved Statue of Liberty, a gift from the people of France, affirms America’s core values of welcoming these ‘huddled masses, yearning to breathe free,'” Rep. Ann Kirkpatrick, D-Flagstaff, said in a statement.

“And yet today, some politicians are demanding we close America’s door to Syrian refugees as they flee the brutality of ISIS and the Assad regime,” Kirkpatrick’s statement said.

The American SAFE Act passed 289-137 Thursday, with 47 Democrats crossing party lines to vote for the bill despite strong opposition from President Barack Obama, who has promised a veto if it reaches his desk. The bill still must get through the Senate.

One of the Democrats crossing party lines was Rep. Kyrsten Sinema, D-Phoenix, who joined all five Arizona Republicans in support of the measure.

“The bill gives one more level of assurance to the American public and to governors and mayors around the country,” Sinema said after the vote.

The bill calls for the FBI to ensure that refugees from Syria and Iraq get “a thorough background investigation” before being admitted. It also requires that the director of the FBI, the Homeland Security secretary and the director of national intelligence all agree that each refugee admitted “is not a threat to the security of the United States.”

Certifications by those three agencies would be regularly reviewed by the inspector general for Homeland Security, and the department itself would have to report monthly on application decisions to 12 different congressional committees.

Both Franks and Rep. Paul Gosar, R-Prescott, said the bill isn’t perfect, but it will give authorities time to better protect the homeland.

“It’s a good start in looking at … national security and making sure that the refugees that we’re bringing into this country are safe, reliable and want to be part of the American way of life,” Gosar said.

Franks said he is convinced the bill will allow time for U.S. officials to come up with security measures that might work better – he suggested polygraph tests for refugees, noting that large swaths of America’s intelligence agencies rely on them.

He and other Republicans charged that the move is necessary because of what they call the president’s weak policy on fighting ISIS.

“Now we’re seeing the results of that gutless, tragic, cowardly policy, and unfortunately it’s the innocent that are having to pay for it,” Franks said.

Sinema conceded that the U.S. already has “a very robust process in place” for vetting refugees, but that “adding one more level of certification just increases that security.”

Sinema said she hopes the vote persuades the president to drop his veto threat.

“I urge this administration to embrace this modest change of certification and move on to the very pressing problems regarding real security threats to our country,” she said.