A spokesman for the Tohono O’odham Nation said the House’s failure to pass a bill that would have blocked the tribe’s Desert Diamond casino in Glendale represents “a dramatic victory for the nation.” (Photo by Megan Siquieros/Desert Diamond) 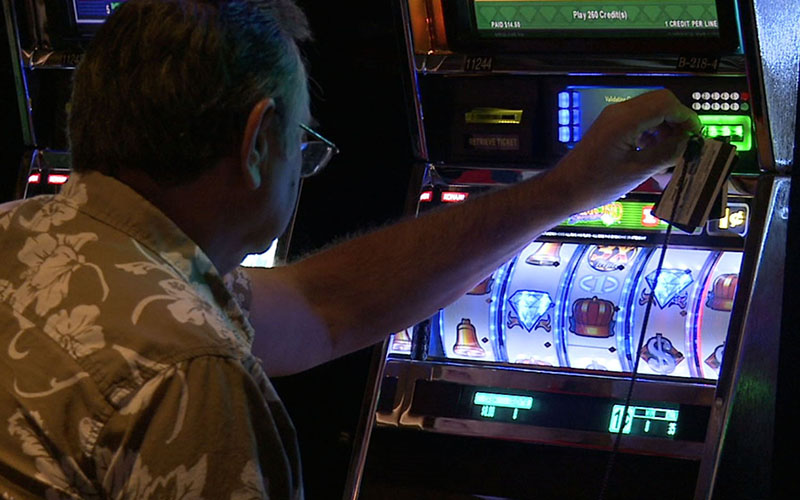 Casinos were among the state’s larger industries in terms of income in 2011, when this picture was taken, operating 14,451 slot machines and more than 500 blackjack, poker and other gaming tables at the time. (Photo by Cronkite News) 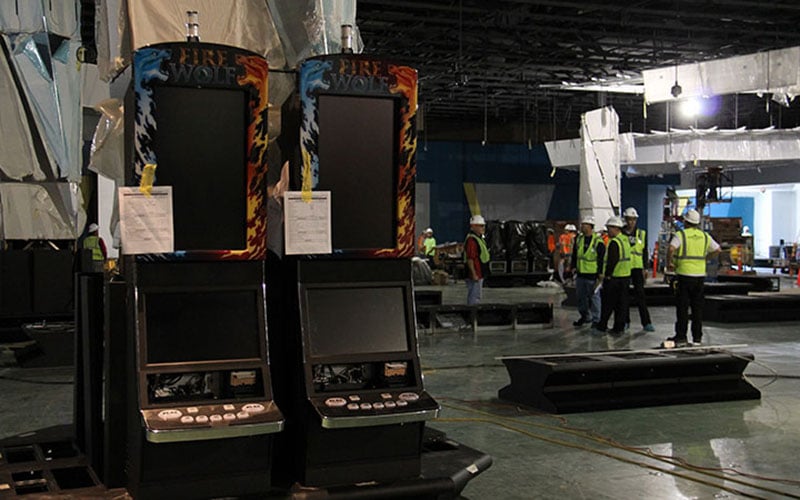 Slot machines await installation in this file photo from the floor of the Desert Diamond-West Valley casino and resort, some of the more than 1,000 gaming devices at the facility, which is set to open Dec. 20. (Photo by Megan Siquieros/Desert Diamond)

WASHINGTON – The House on Monday failed to muster the two-thirds vote needed to pass a bill that would have blocked a Tohono O’odham casino in Glendale, just weeks before the facility is scheduled to open.

The Keep the Promise Act of 2015 was the latest in a long line of failed legal and legislative challenges to the Tucson tribe’s $400 million Desert Diamond-West Valley resort and casino, which is slated to open Dec. 20.

The bill actually garnered a majority of the House, which voted 263-146 for the measure to block the casino. Because it was being considered under special rules to expedite passage, however, the bill needed a two-thirds majority to pass.

It could still come back in regular order, and a companion bill is still pending in the Senate. But a Tohono O’odham spokesman called Monday’s vote “a dramatic victory for the nation” and a “dramatic setback for the opposition.”

Rep. Trent Franks, R-Glendale and the lead sponsor of the bill, said he was “disappointed” with the vote.

“The Tohono O’odham tribe is … illegally building a casino in the middle of Glendale, over 100 miles from the tribe’s actual reservation,” Franks said in a statement released after the vote.

He said passage of the bill would have “served as a friendly reminder that the limits on casinos specifically promised back in 2002 during debate on Proposition 202 should be realized.” That proposition, which allowed for tribal casinos in Arizona, also limited the number in the Valley.

Franks accused the tribe of “reservation shopping” and said Congress should step in to prevent what he called a dangerous precedent.

But Rep. Raul Grijalva, D-Tucson, who led the opposition to the bill, said in a statement that the bill would have opened “the door to congressional meddling in tribal economic development anywhere in the United States.”

“Courts have consistently found this casino is legal and the Tohono O’odham have acted appropriately in developing it,” Grijalva’s statement said. “It has already created construction jobs and is on the threshold of significantly improving the Tohono O’odham economy.”

Grijalva also said that blocking the casino would renege on the 1986 law that let the Tohono O’odham buy land elsewhere in the state to replace reservation land that was flooded after the government built a dam to control the Gila River.

It was under that law that the tribe bought 135 acres of Maricopa County land that was completely surrounded by the city of Glendale – a so-called “county island” – one year after the passage of Proposition 202.

The tribe applied to have that land held in trust by the federal government, essentially making it reservation land, then announced plans in 2009 to build a casino there.

The city, state and other tribes have all tried to block the casino to no avail.

The Tohono O’odham said in a statement earlier this month that it has won 18 favorable court and federal agency rulings in casino challenges from various groups. The most recent came 10 days ago, when a federal appeals court upheld a ruling that a state bill that would have allowed Glendale to annex the casino property was unconstitutional.

Franks’ bill would have prohibited gaming until 2027 on land taken into trust for a tribe by the federal government after 2013. It was sponsored by five of the state’s nine-member House delegation: Franks and fellow Republican Reps. Paul Gosar of Prescott, David Schweikert of Fountain Hills and Matt Salmon of Mesa, along with Rep. Ann Kirkpatrick, D-Flagstaff.

On the floor Monday, Franks and Gosar squared off against Grijalva and Rep. Ruben Gallego, D-Phoenix.

Franks and Gosar argued that the methods the tribe used to acquire Glendale land for the casino were “deceptive,” in addition to violating Proposition 202, an agreement between the state and its tribes.

But Grijalva and Gallego said the Tohono O’odham had acted legally and constitutionally in planning and constructing the soon-to-be-opened casino. They also cited a Congressional Budget Office analysis that said passage of the bill could lead to costly lawsuits by the tribe against the government.

“They didn’t ask for their land to be flooded and economic resources destroyed,” Grijalva said during floor debate. “The tribe is simply trying to replace the land that was destroyed by the federal government.”

The final vote fell mostly along party lines, but Kirkpatrick joined Republicans to support the bill blocking the casino while Rep. Martha McSally, R-Tucson, joined Democrats voting against it.