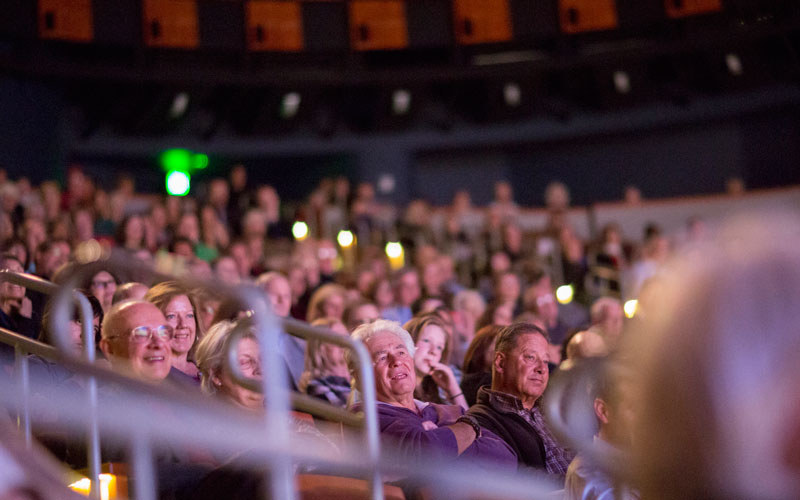 The Recycled Orchestra plays instruments made of recycled trash and performed on the opening night of the Scottsdale International Film Festival. (Photo by Carla León/Cronkite News) 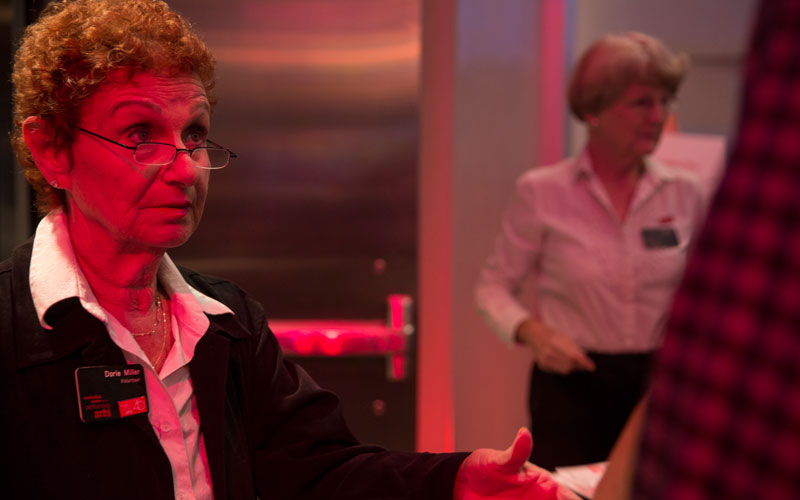 Dorie Miller collects tickets at the screening of the documentary Landfill Harmonic. The orchestra featured in the film performed afterwards. (Photo by Carla León/Cronkite News) 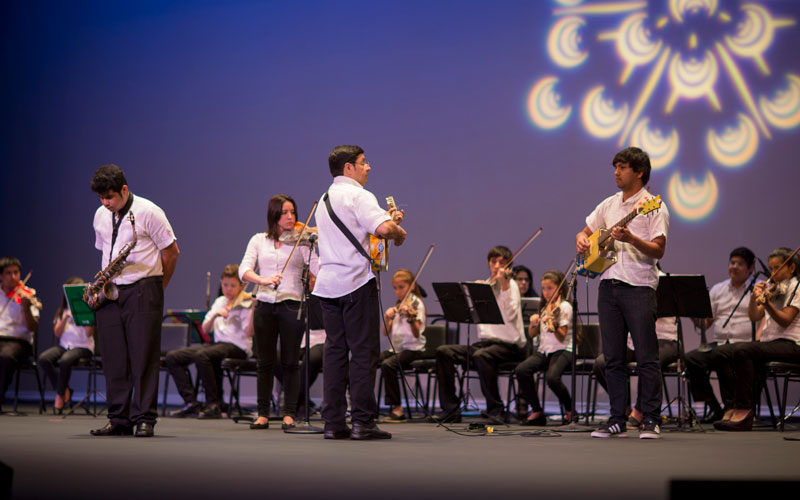 The Recycled Trash Orchestra from Cateura, Paraguay performed at the Scottsdale International Film Festival. This was the first live concert for some of the young musicians. (Photo by Carla León/Cronkite News) 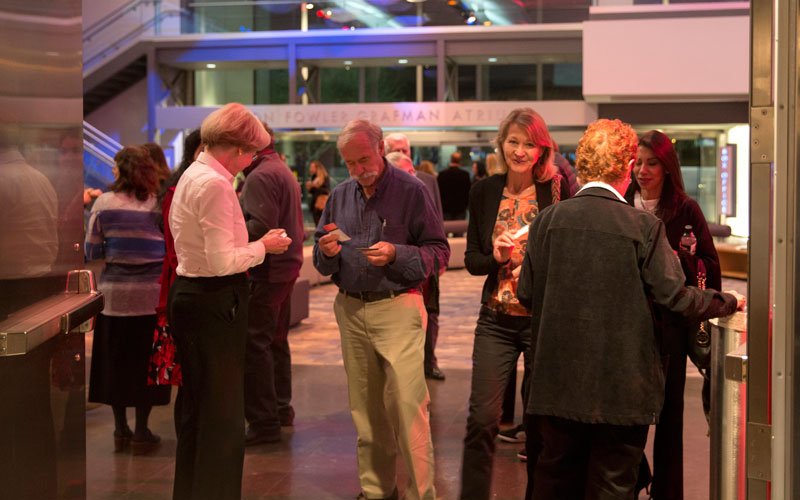 The director of the documentary Landfill Harmonic with guests at screening of the documentary. The film features an orchestra that plays instruments made from recycled trash. (Photo by Carla León/Cronkite News) 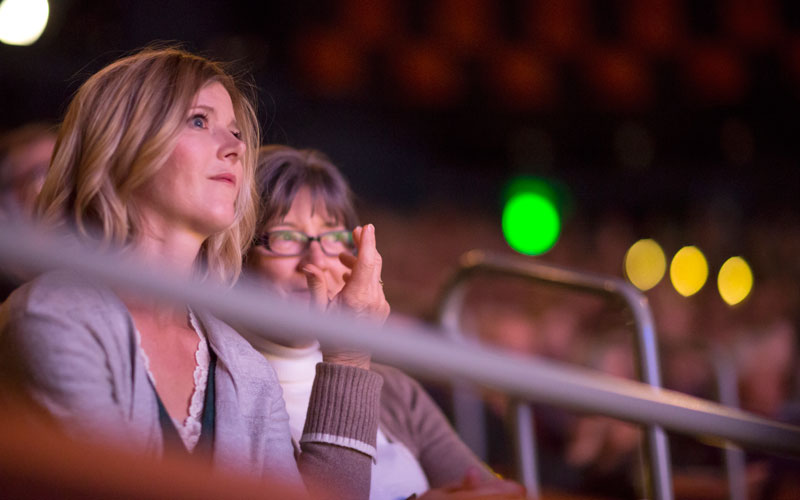 The Recycled Orchestra from Cateura, Paraguay accompanied a documentary featuring the musicians at the Scottsdale International Film Festival. (Photo by Carla León/Cronkite News) 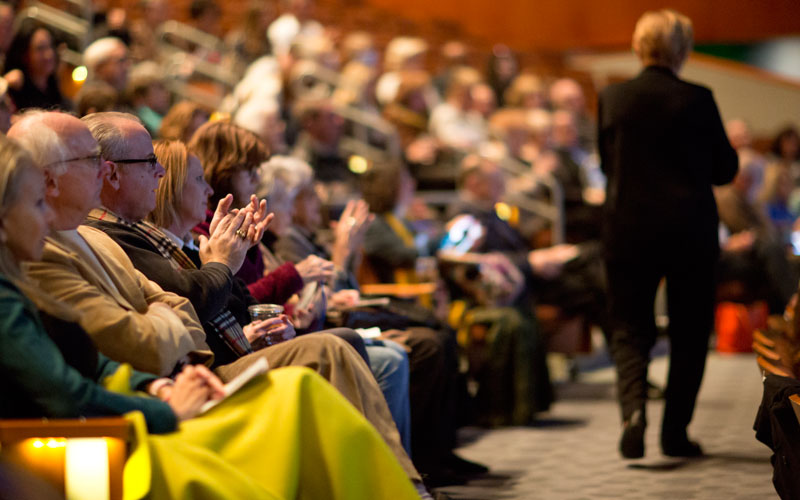 The screening of Landfill Harmonic was followed by a performance by the youth orchestra featured in the documentary. (Photo by Carla León/Cronkite News)

The live performance received several standing ovations from the crowd. Youngsters played a variety of instruments including cellos, violins, and saxophones made from forks, paint cans, discarded pots and pans and other recycled trash.

“It feels good to know that many people admire what we are doing,” said Evelyn Riveros, 11, a saxophone player.

Riveros, like the other musicians, is from Cateura on the outskirts of Paraguay’s capital. The city centers around one of the largest landfills found in South America. Most families earn a meager living picking through the trash looking for items they can recycle.

“Even if you don’t own anything, that is not an excuse to not do something. You can do a lot with little,” said Fabio Chavez, orchestra director. “This is the message we want the audience to take away, and I think our own journey reflects this mindset.”

Alejandra Amarilla, executive producer of the documentary, was living in Scottsdale when friends and family back in her native Paraguay told her about the orchestra.

“When I got to meet Favio Chavez, the director, that was the ‘aha’ moment,” said Amarilla. “We met him, we saw the instruments, he explained the story behind it and I thought it was such a beautiful thing that needed to come out.”

For five years cameras captured the daily lives of the young musicians in Cateura. It took another year to edit the film and prepare it for release. “Landfill Harmonic” opened the Scottsdale Film Festival this year.

“I thought this would be a fabulous way for us to celebrate our 15th anniversary if we could get the recycled orchestra to perform afterward,” said Amy Ettinger, director of the festival.

The documentary shows youngsters discovering the power of music with makeshift instruments and through the discipline and hard work envisioning lives beyond the garbage dump. They now perform to standing ovations across the world.

“The most important thing is for people to feel, I hope, that sense of connection with the rest of the world,” said Amarilla. “Feel that gratitude for what they have in their lives and what they can do with their lives.”