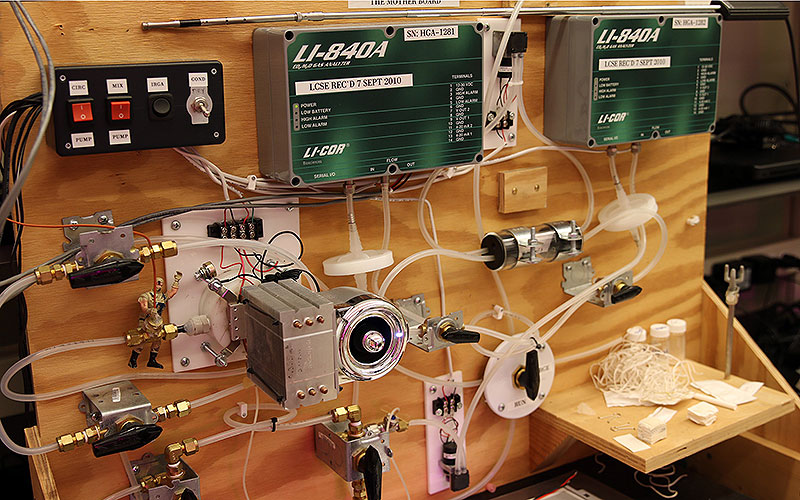 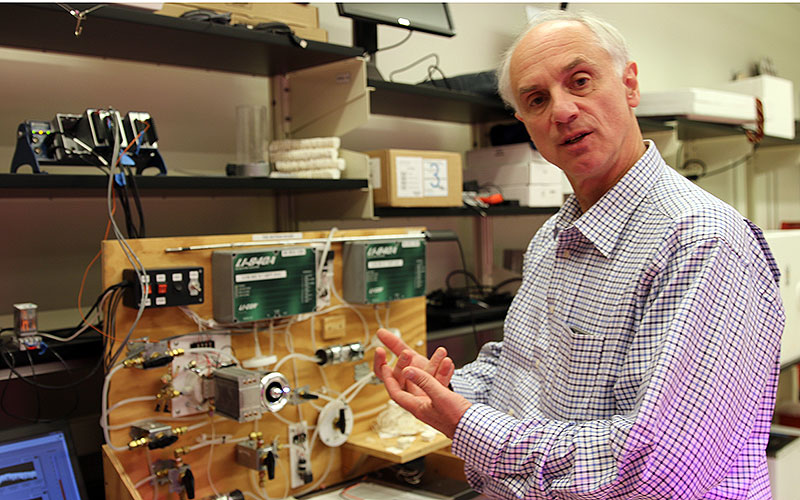 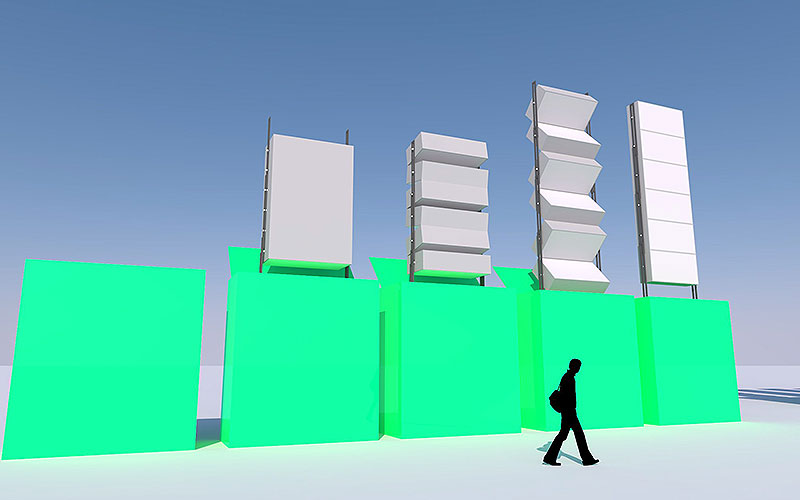 CO2 traps heat, and though the Obama administration’s Clean Power Plan addresses current emission levels, scientists at the CNCE say that its removal from the atmosphere is our ”last resort” in avoiding global warming catastrophe by the end of this century.

“We can talk about lowering emissions all we want, but centuries of CO2 pollution will remain in the ambient air for years. That’s why we want to figure out the best way to take it out,” said Jospe. “And we’ve proven we can do it, we just need to find out how to do it on a large scale.”

Researchers at the CNCE have demonstrated the process in their lab using a miniature greenhouse and the off-white “leathery” material that attracts CO2. The material, which is normally used to purify wines and beers, binds to CO2 when dry. The CNCE is playing with different iterations of the same carbon cleaning material. Some versions look like rolled up spirals of paper, others like little pine trees or shag carpet.

“They are a little bit like leaves on a tree,” said Klaus Lackner, the professor spearheading the CNCE’s research. “As the air blows over those surfaces, the CO2 binds to the material and can be removed later when we introduce moisture.”

Suppose this technology was suddenly implemented on a large scale, with massive air filters lining our busiest highways stripping the air of excess CO2. The air is clean, but the captured CO2 needs to be addressed.

Lackner said there are multiple options for captured CO2. It could be used to produce plastics, concentrated to carbonate fizzy drinks, or can simply be returned to the earth. One use of enriched CO2 could help in the quest to stop global warming.

“Take it and feed it to plants,” said Lackner. Carbon dioxide is an essential ingredient in photosynthesis, so feeding it to algae for the production of clean biofuels could be the most sustainable use for the air capture bi-product.

“The pollutants that came from burning petroleum could be repurposed to help create clean burning biofuel. Wouldn’t that be something?” said Lackner.

The CNCE hopes to be the intellectual leader in carbon capture technology, but by no means has a monopoly on the idea. According to Jospe, there are more than four startup companies – Infinitree for one – looking to make carbon capture a reality.

Lackner believes that full-on implementation of his artificial forests is 20 years or more away, but could be sooner if the idea continues to gain traction. In October, a Canadian company with powerful investors, including Bill Gates, opened a plant in Squamish, British Columbia, that pulls CO2 from the air and converts it into pellets. The $9 million plant has already captured 10 tons of CO2.

State agencies like the Arizona Department of Environmental Quality, that track emissions and pollution levels are eager to see the technology advance. Eric Massey, director of AZDEQ’s Air Quality Division said that “they are definitely on to something.” 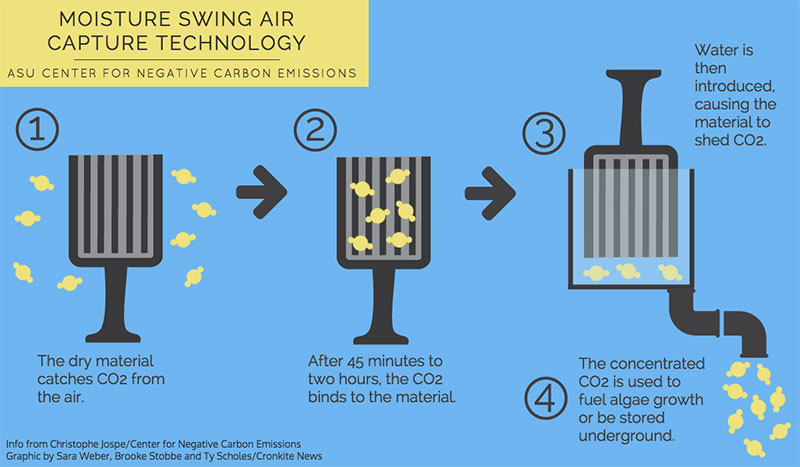