The leaves are not changing colors this season outside of the Village of Oak Creek. (Photo by Erin Johnson/Cronkite News) 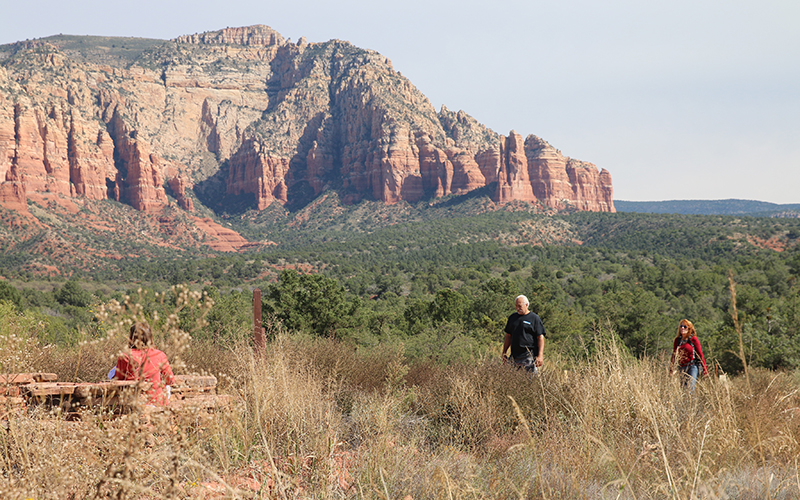 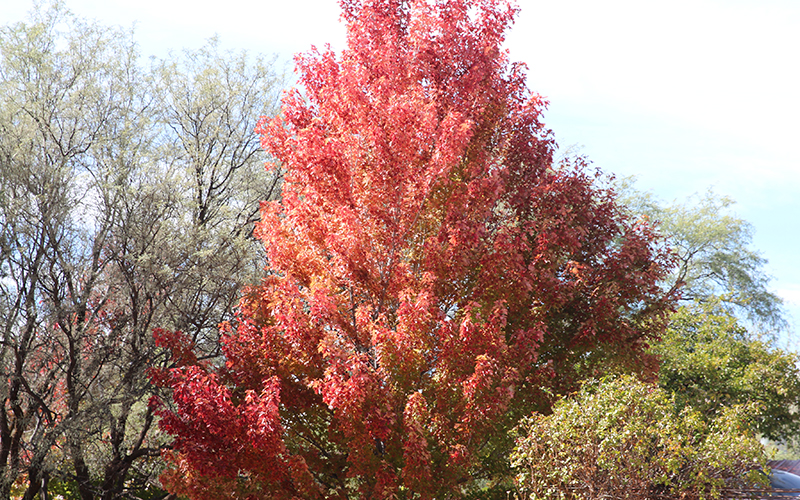 Higher elevations allow trees to change the color of their leaves.
(Photo by Erin Johnson/Cronkite News)

The explosion of color that attracts tourists each fall was dulled by warmer, rainier and windier weather conditions, rangers said.

“We’ve had a really wet fall, we’ve had a lot of windy days and what that does is it makes the colors turn, the leaves turn really fast but then they fall off the trees really fast too,” said Nicole Branton, District Ranger of Red Rock Ranger district, Coconino National Forest.

But hikers are still coming to the area, according to the Sedona Chamber of Commerce.

Dale Bush came from California to get away from the traffic and enjoy the nature Arizona has to offer, but says she would have liked to see the changing fall leaves.

“The holiday season, it’s very, very special,” Bush said. “It brings back memories of childhood so that would kind of be missing and there would be no difference or no sense of a physical change. It would certainly be beautiful to see.”

The Arizona Office of Tourism collected data on how much money visitors spent in Coconino and Yavapai counties. The category covering hiking – arts, entertainment and recreational activities –has increased in both counties over the past eight years.

Forest rangers said they have received a few phone calls asking about the leaves in the area and have described to visitors what they believe is the reason the leaves aren’t changing color.

Rangers say there may still be a change in the next couple of weeks.

“It all depends on the weather,” Branton added. “If we get a nice cold snap that will make the leaves that are still there turn really quickly.”