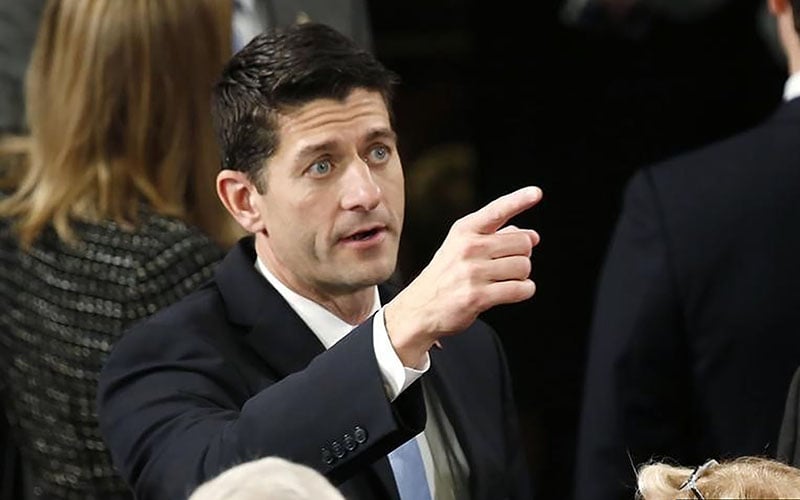 Rep. Paul Ryan, R-Wisc., on the House floor prior to the vote that would elect him speaker over Minority Leader Nancy Pelosi, D-Calif., in a mostly party-line vote. (Photo by Gary Cameron/Reuters) 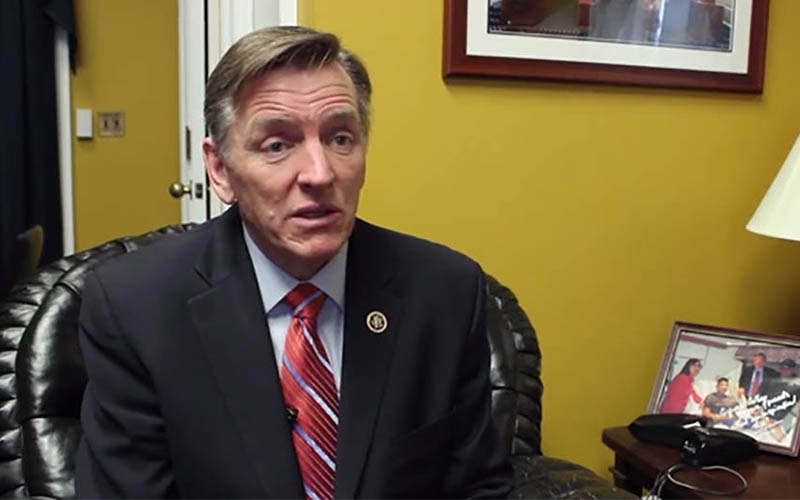 A spring 2015 photo of Rep. Paul Gosar, R-Prescott, one of a handful of Republicans in the Freedom Caucus who stuck to their promise to vote against Rep. Paul Ryan as speaker. (Photo by Jessica Boehm/Cronkite News)

WASHINGTON – Arizona lawmakers helped the state live up to its maverick reputation Thursday, with two of the state’s nine House members bucking their respective parties in the choice of a new speaker.

Rep. Paul Ryan, R-Wisc., got 236 Republican votes to win the speaker’s job, beating out House Minority Leader Nancy Pelosi, D-Calif., who got the votes of 184 Democrats. Together, they accounted for 420 of the 432 votes cast.

Of the 12 members who went in a different direction, two were from Arizona.

“There were some unpredictable votes,” said Kyle Kondik, managing editor of Sabato’s Crystal Ball at the University of Virginia Center for Politics.

“Gosar shows himself to be different,” Kondik said. “As for Sinema’s vote, (it) was totally symbolic.”

Sinema’s office confirmed Thursday that her vote was a tribute to Lewis, 50 years after he marched on Selma, Alabama, with the Rev. Martin Luther King.

“Congressman Lewis has served with distinction for many years and is one of America’s true heroes,” Sinema said in a statement hailing Lewis.

“The courage to take a principled stand for what is right is something I believe in deeply,” her statement said. “I am proud of Congressman Lewis’ shared commitment, and I was honored to cast my vote for him today.”

Lewis was not available for comment Thursday, but a spokeswoman said she was “certain he was very honored” by Sinema’s vote. Brenda Jones, the spokeswoman, also noted that this is not the first time an Arizona Democrat has voted for Lewis to be speaker.

“I believe the trend started with Gabrielle Giffords voting for him when she was a member,” in the 2011 vote that saw Pelosi elected speaker, Jones said. “Of course, his (Lewis’) vote was for Rep. Pelosi.”

While Sinema’s vote was sentimental, Gosar’s made a pointed political statement.

Gosar was one of the 40 or so Freedom Caucus members who had fought former Speaker John Boehner’s leadership and had threatened to scuttle Ryan’s bid to succeed Boehner.

Most of the Freedom Caucus members ended up voting for Ryan on Thursday, but Gosar was one of a handful of holdouts. He said in a statement Thursday that he was disappointed with the outcome of the election, but had kept his promise to constituents that he would vote for Webster.

“I will continue to carry the clear message from the American people that Washington, D.C., is broken and that bold, conservative leaders must have the courage to stand for our principals,” Gosar’s statement said.

“While the task at hand may be difficult, my Freedom Caucus colleagues and I have proven that we can win and I’m more emboldened than ever to fight the status quo in Congress,” his statement said.

The rest of Arizona’s delegation followed their parties, with the remaining three Democrats voting for Pelosi and four Republicans backing Ryan.

In addition to Webster and Lewis, single votes were also cast Thursday for former Secretary of State Colin Powell and two other individuals.

Even though Ryan won by a comfortable margin, Kondik said ruling the House – and the fractious Republican majority – may not be as easy.

“Time will tell if Ryan will keep the House better than Boehner,” he said.

– Before handing the gavel over to Paul Ryan, outgoing Speaker John Boehner vowed to “clean the barn up” for his successor, pushing through several big issues in just a few days this week. Cronkite News’ Elizabeth Blackburn reports.