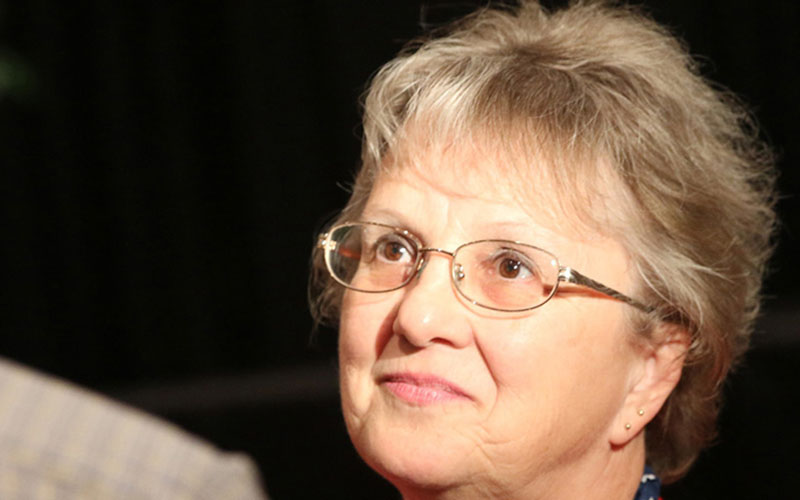 In a victory for Diane Douglas, the State Board of Education voted 6-2 to end Common Core Standards in schools. (Photo by Cronkite News)

The 6-2 vote reverses the board’s decision in 2010 to adopt the Common Core standards. Superintendent of Public Instruction Diane Douglas, who made reversing Common Core the cornerstone of her campaign, submitted the motion and called for a roll-call vote.

Monday’s was the first meeting Douglas attended since August. She and the board have been battling since she tried to fire staff members earlier in the year. She did not attend the past two meetings.

But she showed up Monday determined to bring Common Core to a vote.

Douglas said the vote shows the board is “moving forward with higher, more rigorous standards for Arizona children that are more inclusive of,” the cultures of the state.

The current Common Core standards will remain in place until the state’s education review board finishes its work developing new standards.

“Let’s be clear, it’s not really a decision to kill off Common Core immediately,” said Douglas, “but it’s making a statement about where we in Arizona stand on Common Core.”

She said the Common Core standards are copyrighted and could not be changed. The vote to end Common Core allows the state to review to proceed, Douglas said.

“The Department of Education has had a standards review process that the board agreed upon sometime ago,” said Douglas.

Board President Greg Miller and Vice President Reginald Ballantyne voted against the motion.

“Doesn’t mean anything,” Miller said. “Doesn’t mean a thing to any kid going to school tomorrow, or any teacher showing up for work or any local board that has to make decisions based” on today’s decision regarding Common Core. He and Ballantyne called the vote political.

“If it isn’t perfectly clear that this has a secondary purpose than I don’t know if it could be more transparent,” Ballantyne said.

Douglas said Arizona needs a federal hands-off approach to the standards, where Arizona can tailor the standards to the students of this state.

“I think that the action today reflects the desire to continue to update those standards, and make them current,” said Dr. Timothy Ogle, Arizona School Boards Association executive director.

The Education board has extended the public comment period on standards for K-12 math and English language arts through November 20th. You can comment by going to k12standards.az.gov.