Dentists in Nogales attract patients from the U.S. looking for savings including $35 teeth cleanings that include x-rays. (Photo by Alicia Clark/Cronkite News) 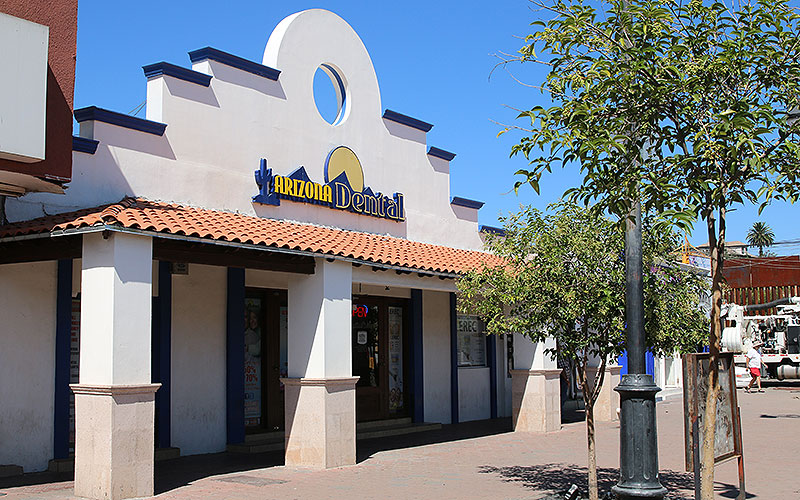 Arizona Dental in Nogales, Sonora, one of dozens of dental clinics a couple block from the border crossing. (Photo by Alicia Clark/Cronkite News) 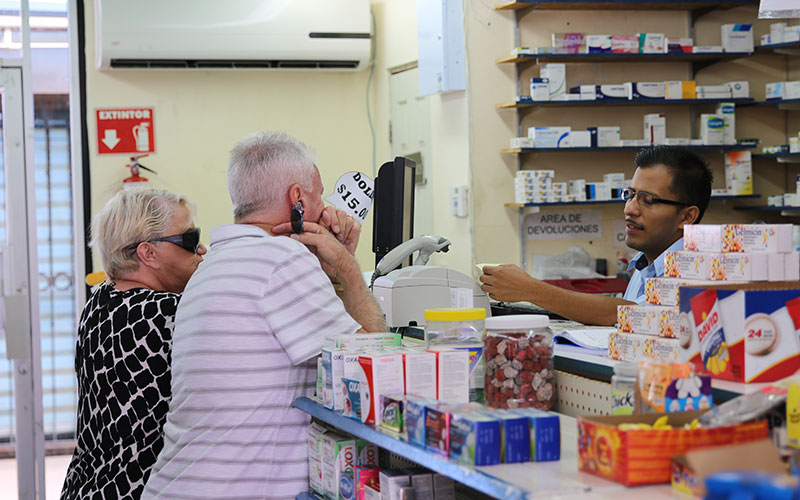 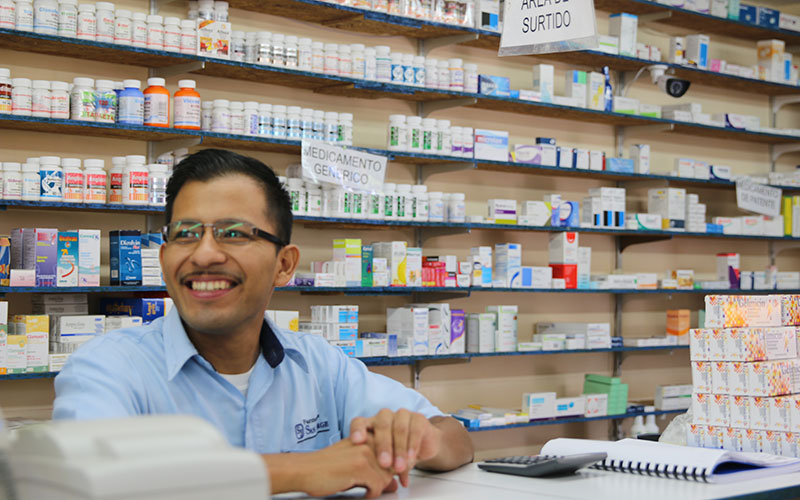 Many visitors bypass the shops and head straight for the pharmacies and dentists strategically located just a few steps from the border crossing.

“Everything is at least 50 percent cheaper,” Jim Reed, 74, said. “It’s so expensive back home and it’s good quality we can afford here.”

Reed walked with his wife and son down the cobblestoned sidewalk after visiting a dental clinic.

Reed is a small business owner. His father has Medicare but that does not include dental coverage and he cannot afford supplemental insurance on fixed income.

“Everyone is kind of in the same boat. Things are getting too expensive back home so we are starting to come here for cheaper services.”

A new study from the Commonwealth Fund, a private foundation that aims to promote a high performing health care system, revealed that about 23 percent of Americans with coverage are considered underinsured—up from 12 percent in 2003 since the inception of Obamacare in 2012. That means roughly 31 million Americans who bought health insurance still have trouble affording treatment under their policies, according to the study.

Since 2010, there has been some improvement in the share of low-income people who are underinsured, according to the Commonwealth Fund. Among adults who had health insurance for the full year, 42 percent of those with incomes under 200 percent of the federal poverty level ($22,980 for an individual and $47,100 for a family of four) were underinsured in 2014. Those people who fall in this category are often among those who cross the border for medical services.

A Gallup poll released in December 2014 found that about one in three Americans say they have put off treatment for themselves or a family member because of cost—the highest rate recorded in Gallup’s history.

According to Gallup about 38 percent of middle class people with a household income of between $30,000 and $75,000 per year have delayed medical care because of costs, up from 33 percent in 2013, and increasing each year.

While most uninsured people are in low-income families, middle class Americans are also struggling to pay their medical bills especially those who are aging.

Did you know thousands of Americans cross the border into Mexico for dental care and prescriptions? Look for the story @cronkitenews

“It’s a common theme,” Reed said. “I see a lot of retired people who just can’t afford insurance period. Americans these days are lucky if they even have health insurance.”

Almost 76 percent of patients with a future interest in medical travel are American, according to the Medical Tourism Association.

Concerns about safety have kept many Americans from crossing the border into Mexico in recent years but now that some cities are calmer, tourists are returning to places like Nogales.

“When the violence decreased a few years ago, tourism increased and since then there has been a steady stream of people coming to across the border for medical services,” said Christopher Teal, U.S. Consul General in Nogales, Sonora.

“Dental services have become a huge industry here,” Teal said. “It’s high quality as long as people shop around and know what they’re getting for their money.”

Teal said that the number of folks crossing the border for dental work and prescription drugs steadily increases as snowbirds make their way to Arizona and other border states in the Southwest.

“Americans come here for price differences, speed and access that they can’t get back home,” Teal said.

Pharmacies in Mexico also see a spike in sales as temperatures dip in the U.S. “Many Americans come to us in the winter,” said Crihstian Juarez Romero, an employee at Pharmacia San Jorge in Nogales.

“Prices are much cheaper here,” Juarez said. The savings can range between 30-50 percent on some drugs. “As long as they have a prescription from America or Mexico, they can get whatever they need and cross back into the U.S. with it.”

He’s seen a lot more Americans shopping at the pharmacy in the last few years.

“Their insurance doesn’t cover the medicine so it’s very expensive,” Juarez said.”They prefer to come here and not spend as much.”

The Reed family plans to make more trips to pharmacies and dentists in Mexico in order to make ends meet.

“You can’t get any medical care on a fixed income back home,” Jim Reed said. “If I need to come here to get cheaper medicine and dental work, then that’s what I’m going to do.”

Medical Tourism
Create your own infographics
Share this story: