$950 million is expected to be spent on kids costumes alone this year, according to the National Retail Federation. (Photo by Erin Johnson/Cronkite News) 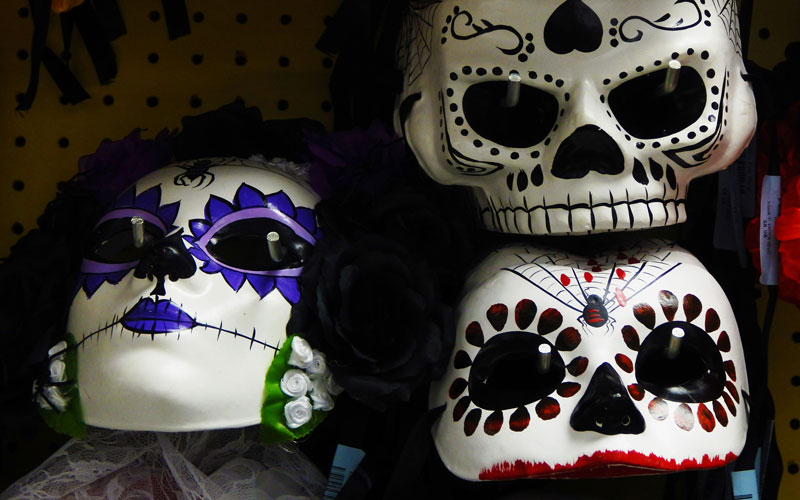 Skeleton masks can also be found on the shelves of Halloween shops.
(Photo by Erin Johnson/Cronkite News) 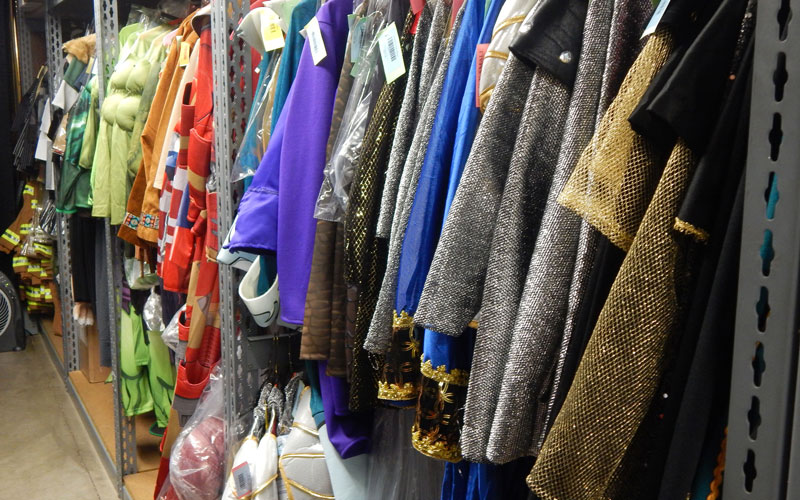 70% of Millenials are expected to dress in costume this Halloween according to the National Retail Federation. (Photo by Erin Johnson/Cronkite News) 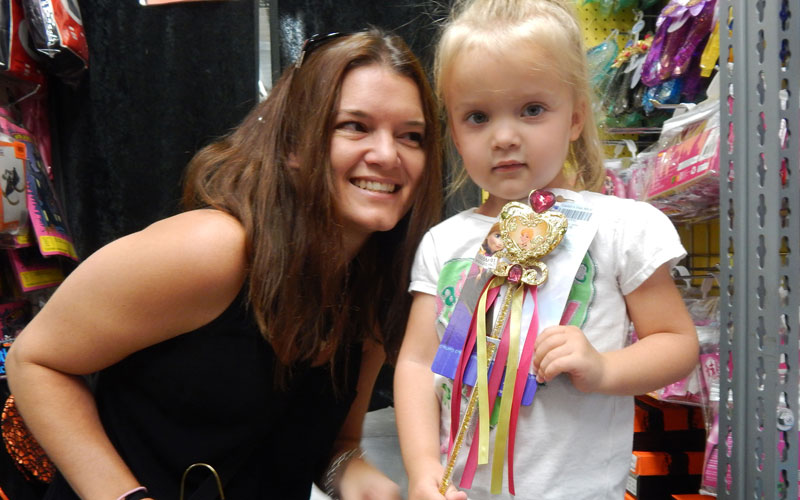 The Morrison family is one of many families enjoying their time spent looking for costumes.(Photo by Erin Johnson/Cronkite News) 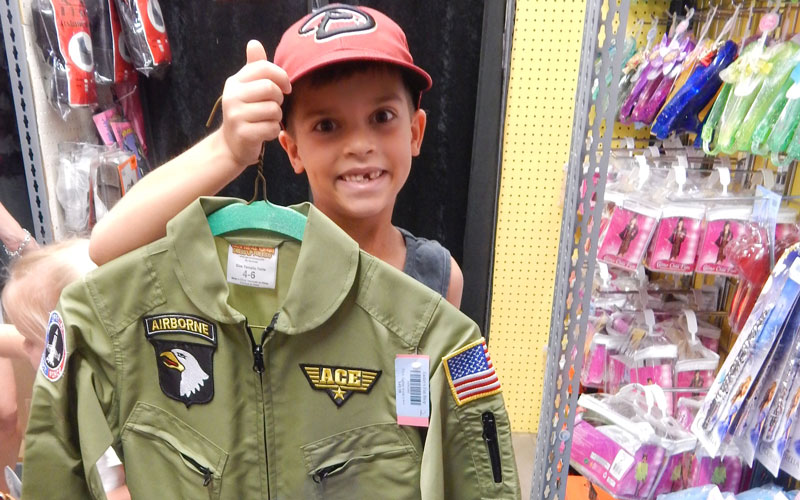 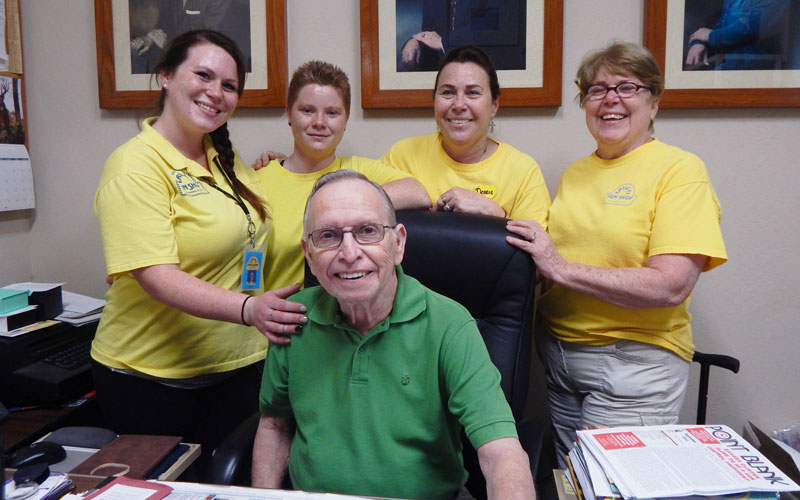 Easley’s Fun Shop Inc. has been a family business since 1947 when vaudeville magician Bert Easley founded the shop. (Photo by Erin Johnson/Cronkite News) 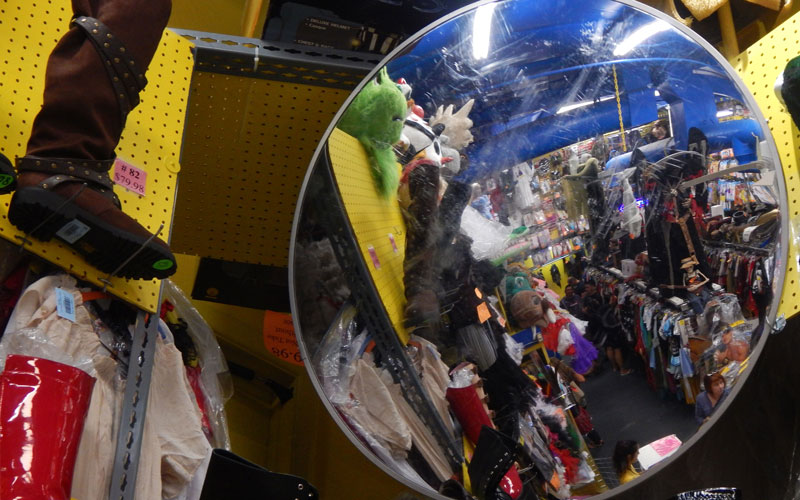 Easley’s is covered floor-to-ceiling with costumes and decorations for any occasion. (Photo by Erin Johnson/Cronkite News)

And although analysts expect Halloween spending to drop 3 percent this year, that hasn’t stopped customer demand for costumes at Easley’s Fun Shop in central Phoenix.

One employee said demand at their shop has increased for the past seven years.

Bert Easley, a former vaudeville magician, founded the store in 1947. It’s evolved from a magic shop into a 15,000-square-foot store specializing in theatrical makeup, costume sales and rentals, hats, wigs and accessories. After Bert passed away, his son Herb took over ownership of the store and now operates it along with his wife, Carol, and daughter, Debbie.

The store stocks about 5,000 costumes for rent and by September, it has about 10,000 costumes in stock for Halloween sales.

“I think we’ve got our little niche here where we’re not custom, but if you want something really nice, we have rentals that are $500 to $600 a piece and then we’ve got the economy version, which is about $40 to $50 to $100,” said Debbie Easley, president of the store. “But then, we also have Disney licensee stuff, too.”

Customers searching for costumes call or visit the store as early as August, but business typically increases the first two weeks in October, Trosclair said.

“The last week (of October) we’ll be shoulder-to-shoulder packed, but every day it gets a little bit more,” she said.

Halloween is an all-year preparation process for the store that starts as early as January, Trosclair said.

The family travels to trade shows in Las Vegas and New Orleans – also attended by retailers Party City and Wal-Mart – in search of costumes.

“We have 10 months to prepare. All the manufacturers are there, and we place our orders,” Trosclair said. “It’s crazy because it’s January, and we are trying to decide what’s going to be popular now, which is near impossible. It’s a guessing game every year.”

“There’s always ones that are popular every year, especially the group stuff like Wizard of Oz,” she said. “The Day of the Dead stuff has been really popular over the last five years.”

Witch, animal and Batman character costumes are the most popular among adults, according to the National Retail Federation’s data.

Pet owners are estimated to spend $350 million on pet costumes and an estimated 20 million people will dress their pet up for Halloween.

Phoenix resident Daniel Pauley spends about $500 to $600 each year on costumes for various events – including Halloween – for himself, his family and dog, Toaster.

This year, Pauley plans to dress up as Charlie Brown and include Toaster in the festivities by dressing him up as a “Red Baron Snoopy.”

“Some Spirit Halloween stores begin opening mid-August and continue to open throughout the month of September, Lombardo said.

Because the company is privately held, Spirit declined to comment on specific costume trends and sales, but Lombardo did say they have a dedicated team working year round to find top costumes for each Halloween season.

In addition to costumes, analysts estimate Halloween shoppers will spend $2.1 billion on candy and $1.9 billion on decorations.

In all, about 157 million Americans will spend an estimated $6.9 billion – with an average of $74.34 per person – on costumes, candy and decorations, according to the National Retail Federation.