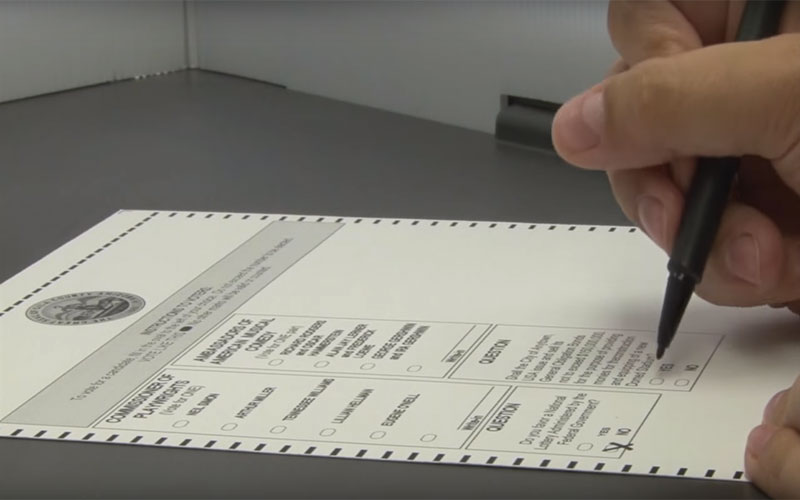 Arizona is one of 14 states that has voting equipment 15-years-old or older according to the Brennan Center for Justice. (Photo by Erin Johnson/Cronkite News) 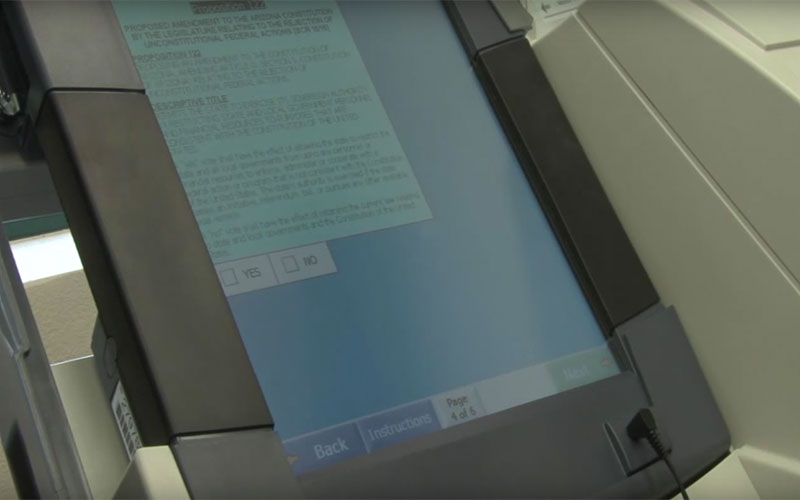 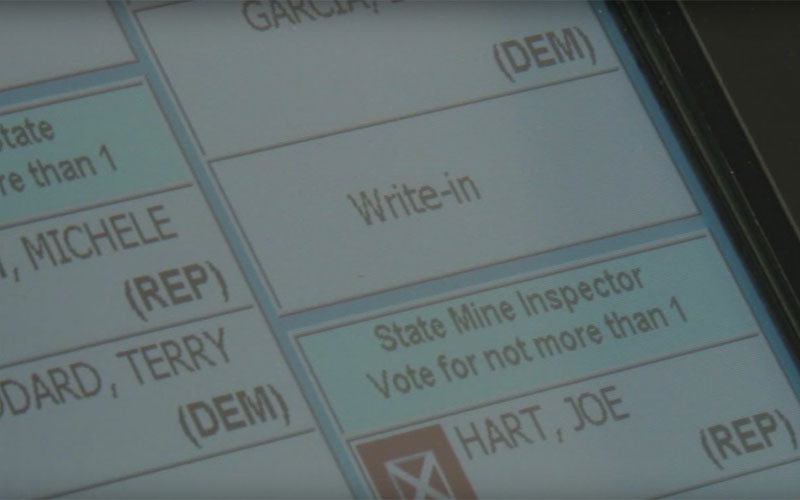 All voting equipment is tested for logic and accuracy before each election.
(Photo by Erin Johnson/Cronkite News)

Arizona and 42 other states have election equipment that has exceeded or is close to passing its expected life span of 10 years, according to a study by the Brennan Center for Justice, a law and policy institute at New York University School of Law.

“The equipment for the most part has been fairly durable,” said Eric Mariscal, election director of Gila County. Mariscal said that Gila County Dept. of Elections has used the Accuvote paper ballot scanner units since 2004.

Back in 2002, Congress passed the Help America Vote Act and gave each state funds to improve elections with new procedures, databases and equipment.

But the money is gone and the machines are beginning to show signs of age.

Mariscal said that in 2014 the county’s computer server began to show signs of trouble.

“It collapsed on us. Probably just from, you know, old age or just the finicky nature of computer machinery,” he said.

Even though the federal money is gone, most Arizona counties said they have already purchased or are planning to purchase new equipment in the next year. Nine counties have already or plan to replace their older machines ahead of the 2016 election.

“I think our county elections officials are the gold standard for quite frankly the country,” said Matt Roberts, communications director for the secretary of state.

“Arizona has a long-standing reputation as a state that really gets out in front of election equipment,” he added.

Both Roberts and Mariscal said all machines are tested for logic and accuracy before each election.