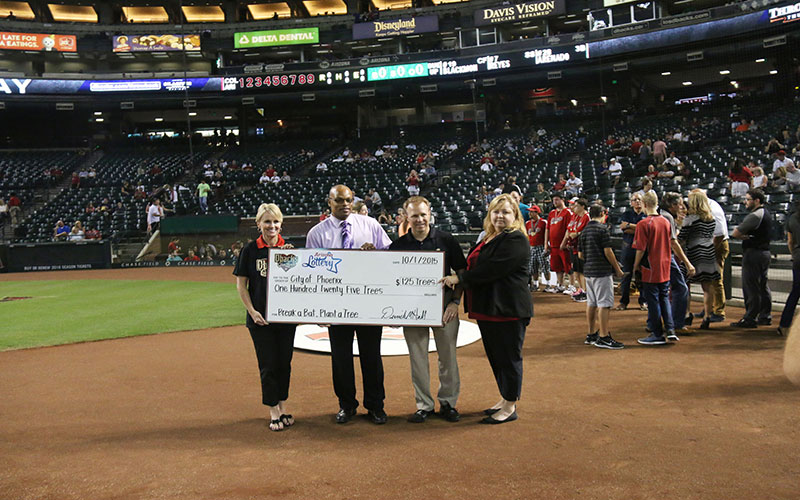 125 trees will be planted at parks across the Valley as part of the Diamondbacks’ “Break a Bat, Plant a Tree” initiative. (Photo by Brandon Johnansen/Cronkite News) 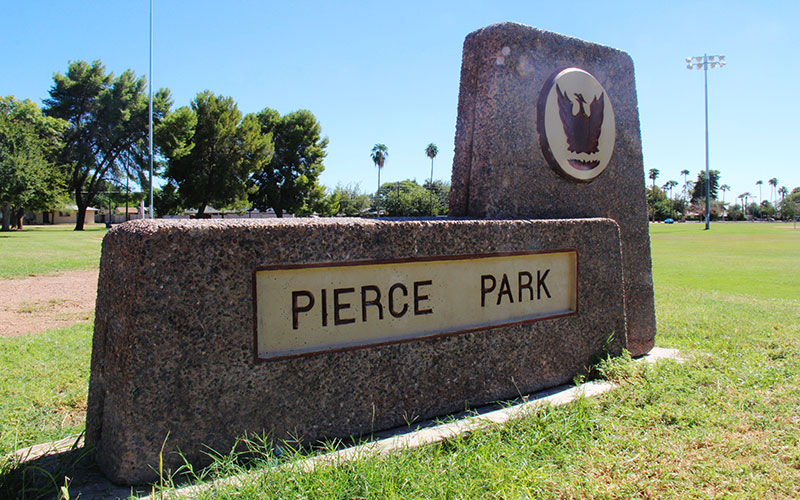 Pierce Park, near 44th St. and McDowell Rd. in Phoenix, will be one of the beneficiaries of the Diamondbacks’ “Break a Bat, Plant a Tree” initiative. (Photo by Brandon Johnansen/Cronkite News)

To help offset that, the Arizona Diamondbacks have teamed with the Arizona Lottery for the second year of their “Break a Bat, Plant a Tree” initiative.

Throughout the season, a tally was kept of every opposing hitter’s bat broken by Diamondbacks pitching. Every time a bat was broken, the Diamondbacks and Arizona Lottery made a donation to help provide desert-adapted shade trees for local parks.

Park fences and shade canopies also sustained damage during the monsoons, making the initiative even more important to the city.

“Giving something as simple as a tree, which many communities and budgets can’t afford anymore, we thought was a really simple way to get us into some communities where family is everything and it might make a difference,” Cindy Esquer, the Arizona Lottery’s community development manager.

At a game during the team’s final homestand earlier this month, representatives from the city of Phoenix received a check symbolically made out for “125 Trees.” According to the Diamondbacks’ website, 274 bats were broken over the course of the 2015 campaign. Last year, 210 bats were broken and 100 shade trees were planted as a result. This year’s trees will be planted in Altadena, Pierce and Encanto Parks on Friday, Nov. 20.

“We believe in giving back to the community,” Esquer said. “We have through our sponsorship program, our sports sponsorships, and this is a way to give back. The shade trees, the city parks, it’s just giving back.”

The Diamondbacks Foundation is in the middle of a 10-year partnership with the Arizona Lottery.

“We’ve had a longtime partnership with the Lottery and we know how much work they do in the community,” said Debbie Castaldo, vice president of corporate and community impact for the Diamondbacks. “We were trying to find a real way to integrate baseball and giving back in a way that made sense.”

The trees will be planted the week before Thanksgiving during a weeklong service project called “Thanks and Giving with the D-backs.”