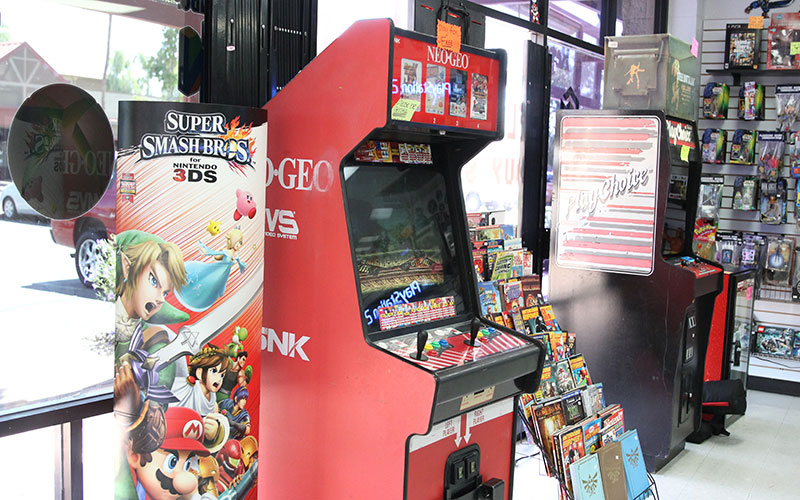 One video game industry expert said retro games are getting more attention now because 80s and 90s kids who were gamers are now adults who can afford them. (Photo by Lynnie Nguyen/Cronkite News) 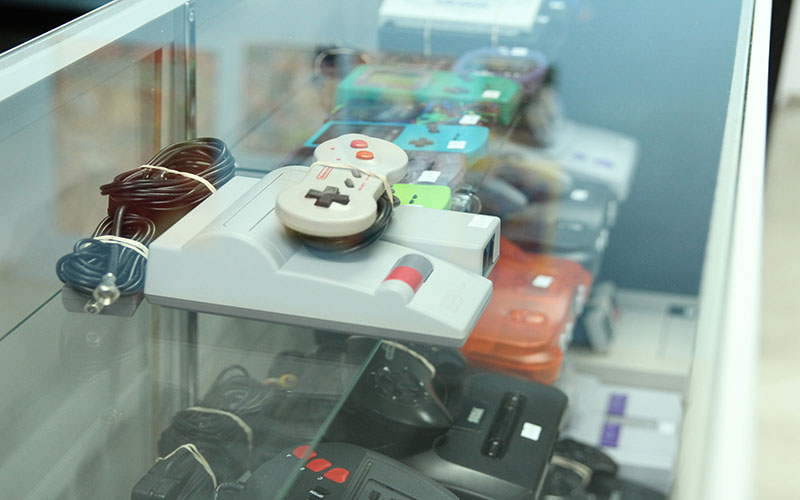 A new Super Nintendo NES System video game console starts at $889 on Amazon. The industry as a whole has made $14 billion in 2015. (Photo by Lynnie Nguyen/Cronkite News)

Super Mario Bros. 3 is considered by many critics to be one of the greatest video games of all time
according to Wikipedia. (Photo by Lynnie Nguyen/Cronkite News) 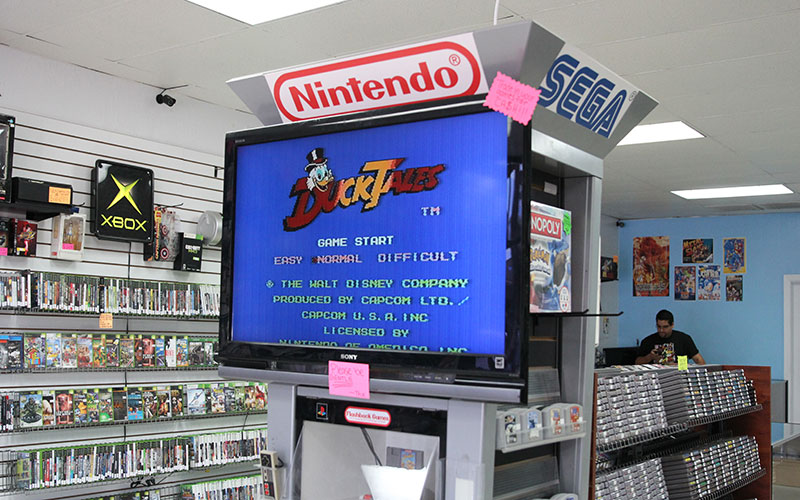 Shoppers can hear the electronic music and beeping from games like Duck Tales from open to close. They also can hang out and play these games before buying them. (Photo by Lynnie Nguyen/Cronkite News) 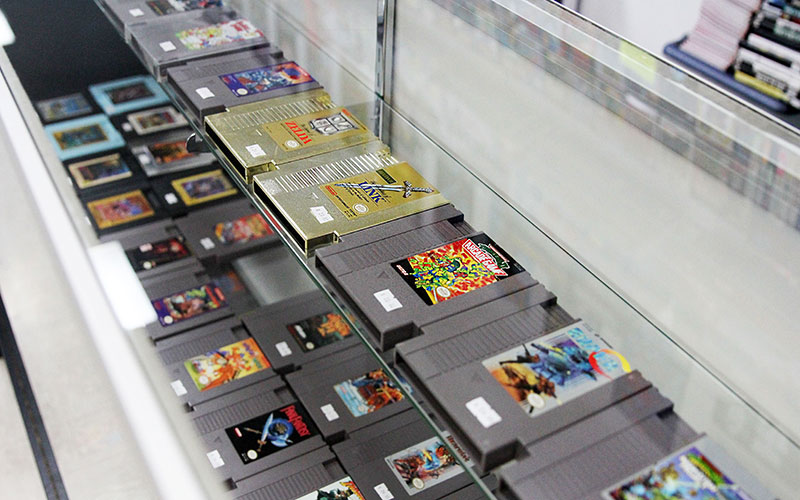 Retro video games at Flashback Games in Tempe range from $20 to $380. The revival of these retro video games is nothing new by any stretch of the imagination. (Photo by Lynnie Nguyen/Cronkite News)

Although one industry expert said the sales of retro video games isn’t significant, local store owners said they’ve seen a recent surge in sales – especially for games released in the ‘80s and ‘90s such as Super Mario, Final Fantasy and Street Fighter.

Why? It’s because of people like Ian Sanford, an avid retro game collector willing to pay a premium to snag a piece of his childhood.

He said he enjoys games in their purest form. And to him, the purest form is the original one.

“It’s almost like we’re moving towards making new games into movies,” Sanford said. “These (retro games) are more about the adventure.”

Sanford grew up playing games such as Super Smash Bros. 64 and remembers when all his friends would come over after school to play.

Today, he plays retro games and hosts retro gaming tournaments three to five times a week at the Gaming Zone in Tempe.

His hobby isn’t easy on his wallet. Sanford’s recent purchase of the game EarthBound for the Super Nintendo Entertainment System cost him $150.

Ramirez and her brother, Joshue Ayala, own Flashback Games in Tempe. Shoppers can hear the electronic music and beeping from games like Duck Tales from open to close. They also can hang out and play these games before buying them.

Before launching the store, the siblings used to sell retro video games online. That’s how they discovered the appetite for retro games.

Ayala said nostalgia and YouTube personalities – many who devote their channels to hunting down and playing these games – have fueled the recent surge in popularity. He also said the people who buy these games played them as kids.

“A lot of the baby boomers that grew up on this stuff are now old enough to purchase it,” Ayala said.

“It brings back simpler times,” Pachter said. “There has always been a uniquely American nostalgia longing for the way things were in past years, and this is just another example of that.”

Pachter also said the only reason retro games are getting more attention now is because the kids who use to play these games in the ‘80s and ‘90s are now adults with the money to buy them.

The industry expert said these collectors are just filling a hole in their hearts, remembering how much fun they had as kids.

Despite the nostalgia, Pachter said new games will always beat out old games.

Pachter said since people trade and resell retro games, the industry has no way of tracking the sales.

The industry as a whole has made $14 billion in 2015. Pachter estimated the sale of retro games in the thousands, which does not make a dent in the video game industry.

“It’s notable, it’s interesting and tells you something about American culture, but it’s not market moving,” Pachter said.

He said people collect all sorts of things, and some people just happen to love retro video games.

“Nostalgia runs strong and deep in American culture,” Pachter said. “As long as there is someone alive who played those, they will want to play it again.”