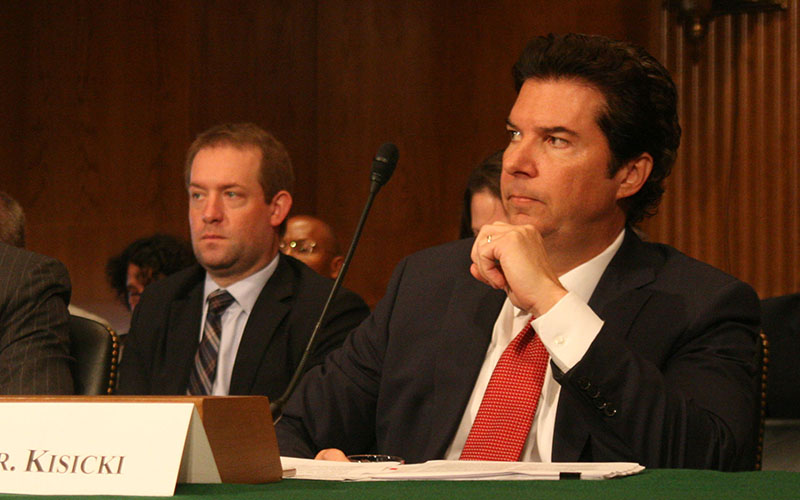 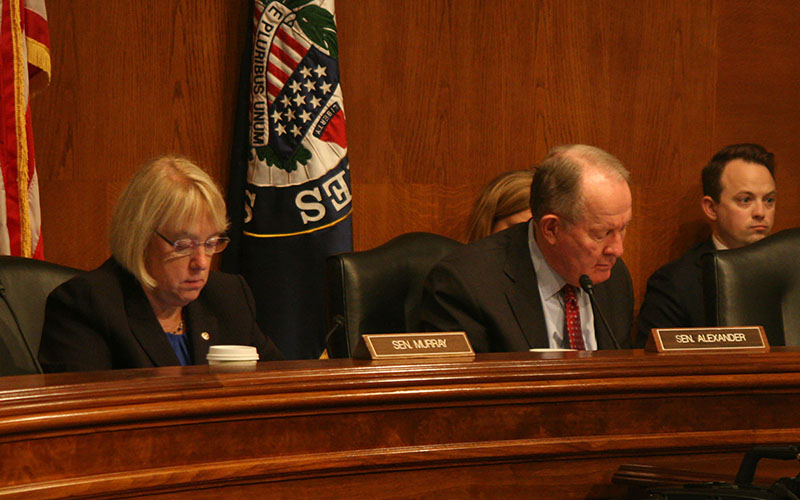 Sen. Lamar Alexander, R-Tenn., said the NLRB rule would have the unintended effect of making “big businesses bigger, and the middle class smaller” by pushing companies to steer clear of subcontracting. (Photo by Tom Blanton/Cronkite News) 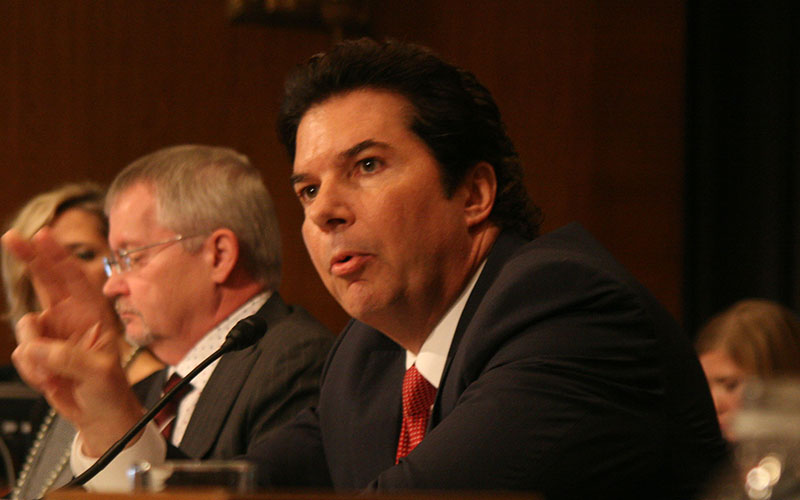 Phoenix lawyer Mark Kisicki said the definition of “employer” in the new NLRB rule could lead to confusion for both businesses and for workers, and he called for a more plain-language definition. (Photo by Tom Blanton/Cronkite News)

WASHINGTON – Phoenix lawyer Mark Kisicki called on Congress Tuesday to “restore stability in labor relations” by reversing a National Labor Relations Board ruling that he said will cause “significant economic upheaval” if left untouched.

Kisicki was one of several witnesses testifying to a Senate committee on an August change to NLRB regulations so that any company that exercises indirect control over a worker can be considered an employer, along with any other business that has indirect control.

The new definition of “joint employer” changes a standard that had not been updated in more than 30 years, creating what Kisicki called “a sense of uncertainty and potential economic costs that could be overwhelming for small employers and significant for larger employers.”

Kisicki is a shareholder in Ogletree Deakins, which represents management in labor and employment issues, according to his testimony.

“The old standard required that both employers exercised direct and immediate control over the terms and conditions of the group of employees at issue in the case” to be considered joint employers, Kisicki said after the hearing.

The new ruling could make franchised companies responsible for the actions of franchisees, witnesses said, and could open otherwise separate businesses to organizing activities by unions.

But supporters said the change is needed to protect workers in the modern economy, where contracted-out work often gives employees no recourse when labor laws are violated.

“When workers want to join together with their coworkers, they are not looking for special treatment,” said Sen. Patty Murray, D-Wash. “They are simply exercising their basic rights guaranteed by law.”

Murray, the ranking Democrat on the Senate Health, Education, Labor and Pensions Committee, said in her opening remarks that the NLRB ruling “does not change the relationship between a local business owner and her employees.”

Murray praised the labor board for adapting to “the realities of today’s workplaces” in order “to keep the American Dream in reach for all families.”

Far from keeping the American Dream within reach, however, Sen. Lamar Alexander, R-Tenn., said the joint employer rule “threatens to steal that American Dream from owners of the nation’s 780,000 franchise businesses and millions of contractors.”

In 2007, franchises made up 10.5 percent of the country’s businesses with paid employees, according to the Census Bureau. They included construction, manufacturing, and retail trade firms, along with businesses in many other sectors.

Kisicki said after the hearing that the board’s new “joint employer” standard could have “consequences that very few employers in Arizona understand or are prepared to deal with” because “we just haven’t had much union activity in Arizona.”

Alexander has sponsored a bill that would amend the NLRB rule so that it would revert to the previous definition of a “joint employer.” The Protecting Local Business Opportunity Act, and a companion bill in the House, are both in committee in their respective chambers.

Kisicki supports those bills. If the current definition of joint employer is allowed to stand, he said, “no one is saying that all these bad things are going to happen. But some of them will.”