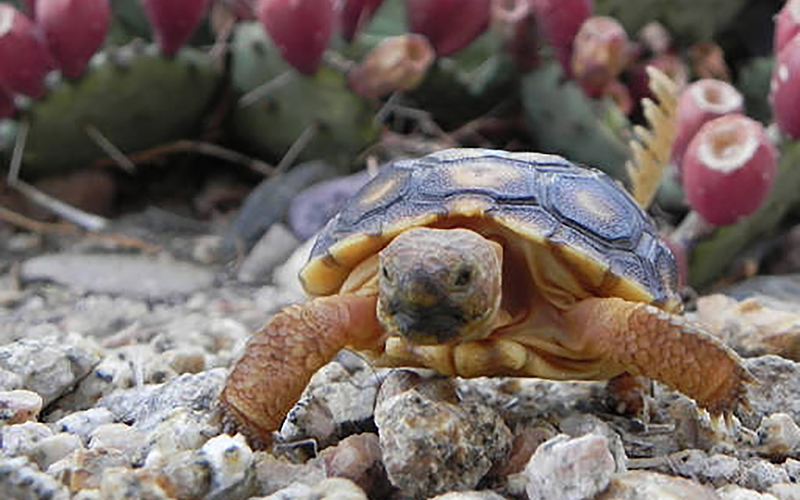 Steve Spangle, Arizona-based field supervisor with the agency, said that 25 years of scientific research offers substantial evidence that the reptile native to Arizona isn’t in danger of going extinct or facing any severe threats of extinction.

“We did a very detailed analysis of how this species is expected to fare going forward,” he said. “And we’re very comfortable that it’s going to be fine.”

Climate change, drought and nonnative invasive species of grass were found to not pose enough of a threat to warrant federal protection, Spangle said.

“We think we can keep a handle on that,” he said. “Our scientific models show that the species is not going to be driven to extinction by any of those factors with virtual certainty.”

“We have seen a pattern with the Fish and Wildlife Service lately where they use any small uncertainties or unenforceable conservation agreements to deny ESA listings, so we want to look very closely at this decision and make sure it’s not falling into the same pattern,” she said.

Game and Fish issued a news release agreeing with Monday’s decision, pointing to 25 years of monitoring and researching the Sonoran desert tortoise and saying the agency has more flexibility to manage and monitor a species that isn’t deemed endangered by the federal government.

“The vast majority of distribution of tortoises is away from urbanized areas,” he said. “Habitat loss is not a primary threat.”