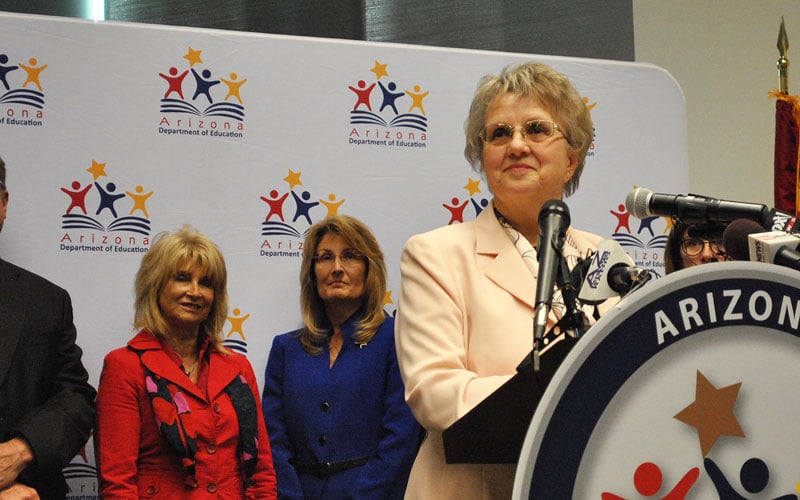 With children at her side wearing T-shirts that read “AZ Kids can’t afford to wait,” Superintendent of Public Instruction Diane Douglas proposed her new education plan on Thursday.

In addition to adding $400 million to reduce class sizes and raise teacher salaries, Douglas’ plan calls for eliminating Arizona’s version of the Common Core standards and reducing the frequency of standardized testing.

Diane Douglas: To recall or not to recall?

“We need a revival in Arizona-developed standards, not one-size-fits-all, hand-me-down standards which have already been abandoned by many states who, like Arizona, blindly adopted them,” Douglas said.

“Our education policy is too often set in whatever funding is left behind and by the latest fad in pedagogy,” she said.

“I can’t reasonably carry out the will of the voters by simply focusing on the next few months or going along with the crowd,” she said.