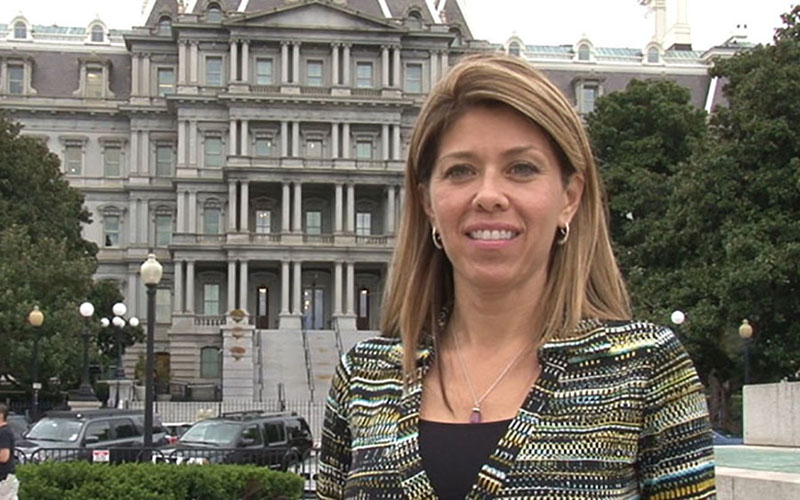 WASHINGTON – Arizona House Minority Whip Rebecca Rios joined Democratic legislators from around the country in Washington on Wednesday for a call to arms from President Barack Obama on domestic issues.

The 53 state lawmakers from 29 states spent most of the day being briefed by top White House officials on administration proposals including paid sick leave, a higher minimum wage and free community college for “responsible students,” before capping the day with a visit by Obama.

The White House urged the lawmakers to push initiatives on the state level that the administration has had trouble passing on the federal level.

“It was learning from White House officials about President Obama’s initiatives,” said Rios, a South Phoenix Democrat, after Wednesday’s meetings. “Basically, initiatives he’s tried to get through Congress here.

“Clearly there’s not the will from the opposition to do a lot of these issues, so the hope is that they can be rolled out in the states,” she said.

They can, but they will likely face a tough time in Arizona, where all statewide offices are held by Republicans and both chambers of the Statehouse are dominated by the GOP, said Arizona Republican Party spokesman Tim Sifert.

“The Democrats have quite an uphill battle in Arizona,” Sifert said.

But Rios said there are ways that Arizona Democrats can make progress, despite it being a tall task for Democrats to make strides in a “red state.”

“What we can do is bring to the table other stakeholders, bring the argument to the House floor or the Senate floor and begin that dialogue,” Rios said, emphasizing that the initiatives Obama and his team spoke about help “everyday working families.”

When Obama addressed the state lawmakers, he insisted that America is more unified than politicians and media outlets would have them believe. He praised the 17 states that have already raised the minimum wage and the few states that have added paid sick days and decreased community college costs.

“When you actually ask people their opinions on issues, there is a convergence there,” Obama said, according to a transcript of the meeting provided by the White House.

Rios believes the issues pitched by the White House are “commonsense” proposals that would be economically beneficial to Arizona. She agreed with Obama that supporting a strong middle class should not be a partisan issue.

Rios said she hopes that residents throughout Arizona can engage their Republican elected officials to do more toward achieving Obama’s proposals. She added that she would like to bring together state Democrats and like-minded Republicans to make meaningful progress in the coming years.

Obama said state capitals are more likely to make that progress than Washington.

“Now given that, at least for the next year, year and a half, there’s not going to be the kind of action on a wide range of issues that we’d like to see coming out of Capitol Hill, that puts more of a burden – but also a great opportunity – on state legislatures all across the country,” Obama said. “Because you can act when Washington won’t.”

Rios said she is realistic – but hopeful.

“It won’t happen in one year in Arizona – it may take several years, but you begin that dialogue now and you build upon it and hopefully two, three, five years from now we score a victory,” she said.