Jeff Lee, a water conservation specialist for the Town of Gilbert, examines a water meter during an audit of a home’s water use. (Photo by Audrey Weil/Cronkite News)

GILBERT – Jeff Lee’s first stop at this home is the box holding the water meter. He furrows his brow upon finding the meter submerged.

“Looks like the neighbor is overwatering, otherwise this would be dry,” he says.

Draining the water with what looks like a giant syringe, he begins watching the meter with the home not using water. No leaks.

As homeowner Jeremy Peters watches, Lee turns on the sprinklers, zone by zone, still watching the water meter. On his clipboard, he notes that they run longer than needed for this lawn.

Walking around the yard, he points out that two sprinkler heads are too short, leaving puddles around them. Also, two drippers are close to the trunk of a mature tree when they should be hitting roots farther away.

It will all be in a report that Lee, a water conservation specialist for the Town of Gilbert, will leave with Peters, whose wife requested the visit.

“It takes an hour or so, but it’s worth it,” Lee said. “I think I’ve already found the culprit here.”

With Arizona in the grip of a decades-long drought, Gilbert is among municipalities in the Phoenix metropolitan area offering free home water audits to reduce waste.

“If they have problems with their hardware, we’ll tell them what to correct. If it is over-watering, we educate the homeowner on how to get their watering dialed in with their landscaping needs,” he said. 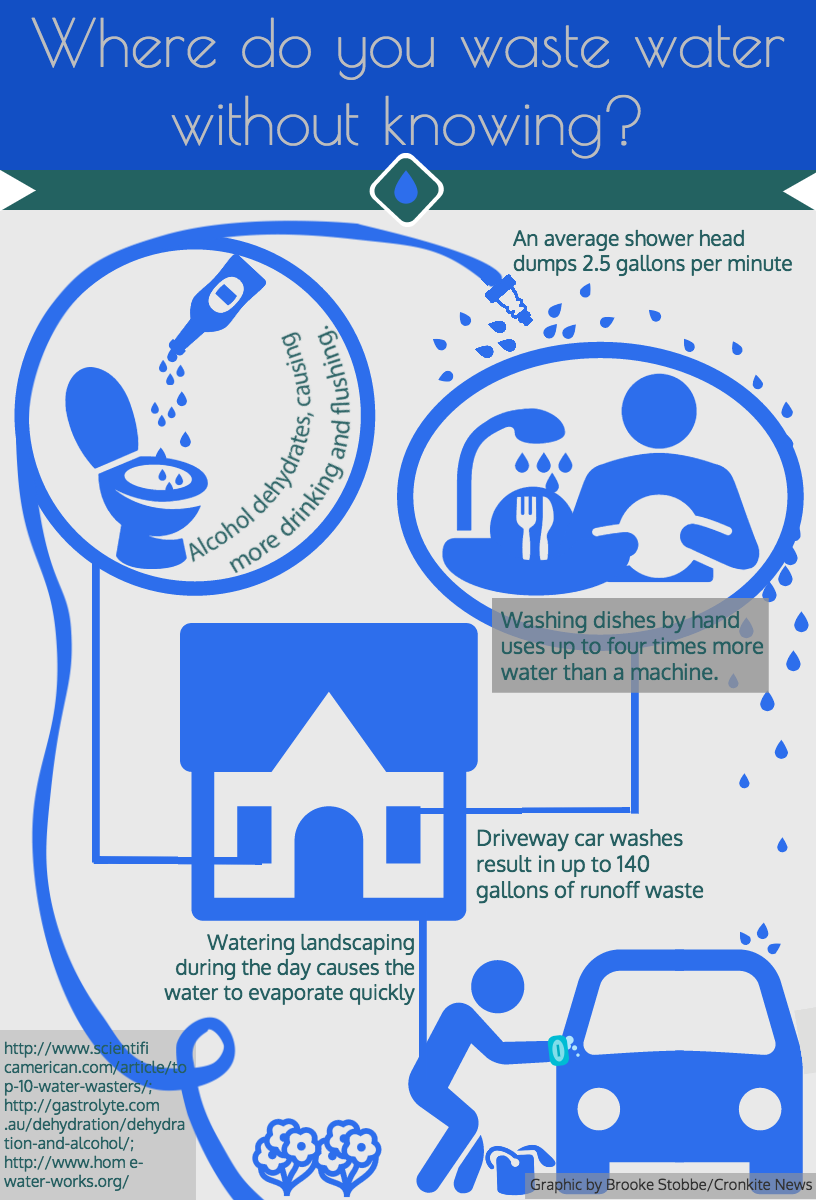 Lee said most people requesting an audit think they have a leaking pipe, but 98 percent of the time, he said, landscape watering is the culprit.

Gilbert homeowner Tim Holmes requested an audit after realizing that his usage had gone up over the previous year. Lee found that Holmes was using more than double the water necessary for his landscaping.

Between unnecessary drip lines and an incorrect watering schedule, he was inadvertently wasting thousands of gallons of water.

“I hate water waste,” Holmes said. “I’m very glad he came out here and gave me an education, and I’m committed to getting this fixed right away.”

Avondale, Gilbert, Glendale, Goodyear and Scottsdale are among municipalities offering free water audits on request. City officials may reach out to homeowners as well if their water use rises suddenly.

“Our auditor is a certified arborist as well as a water specialist, so he can educate you on which desert adaptive plants will thrive in your yard,” said Nicole Sherbert, a spokeswoman for the Scottsdale Water Department.

Kerry Schwartz, director of Arizona Project WET, a University of Arizona center that educates about responsible water use, said the audits are one way residents can learn how to be better stewards.

“If a few people do it, it’s just a drop in the bucket. If we all did it, we could really make a difference,” she said.

Lee said the average water audit winds up saving about 40,000 gallons a year.

“By us going out and minimizing water resources we’ll have to procure in the future, we’re doing everything we can to make sure people have safe, clean and affordable water,” he said.