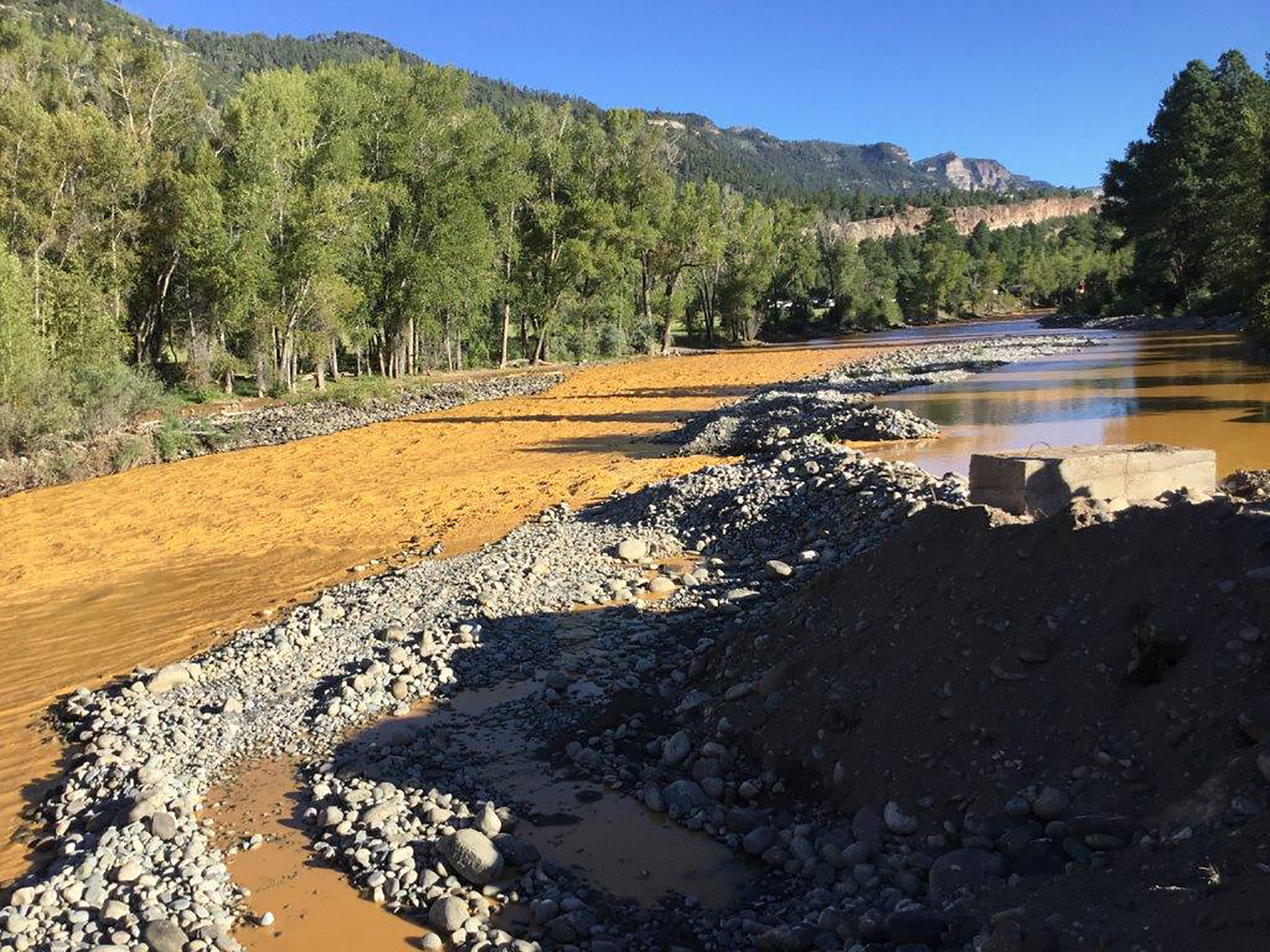 Sediment spilled from a mine colors the Animas River in Durango, Colorado, on Aug. 6. (Photo courtesy of La Plata County Emergency Management) 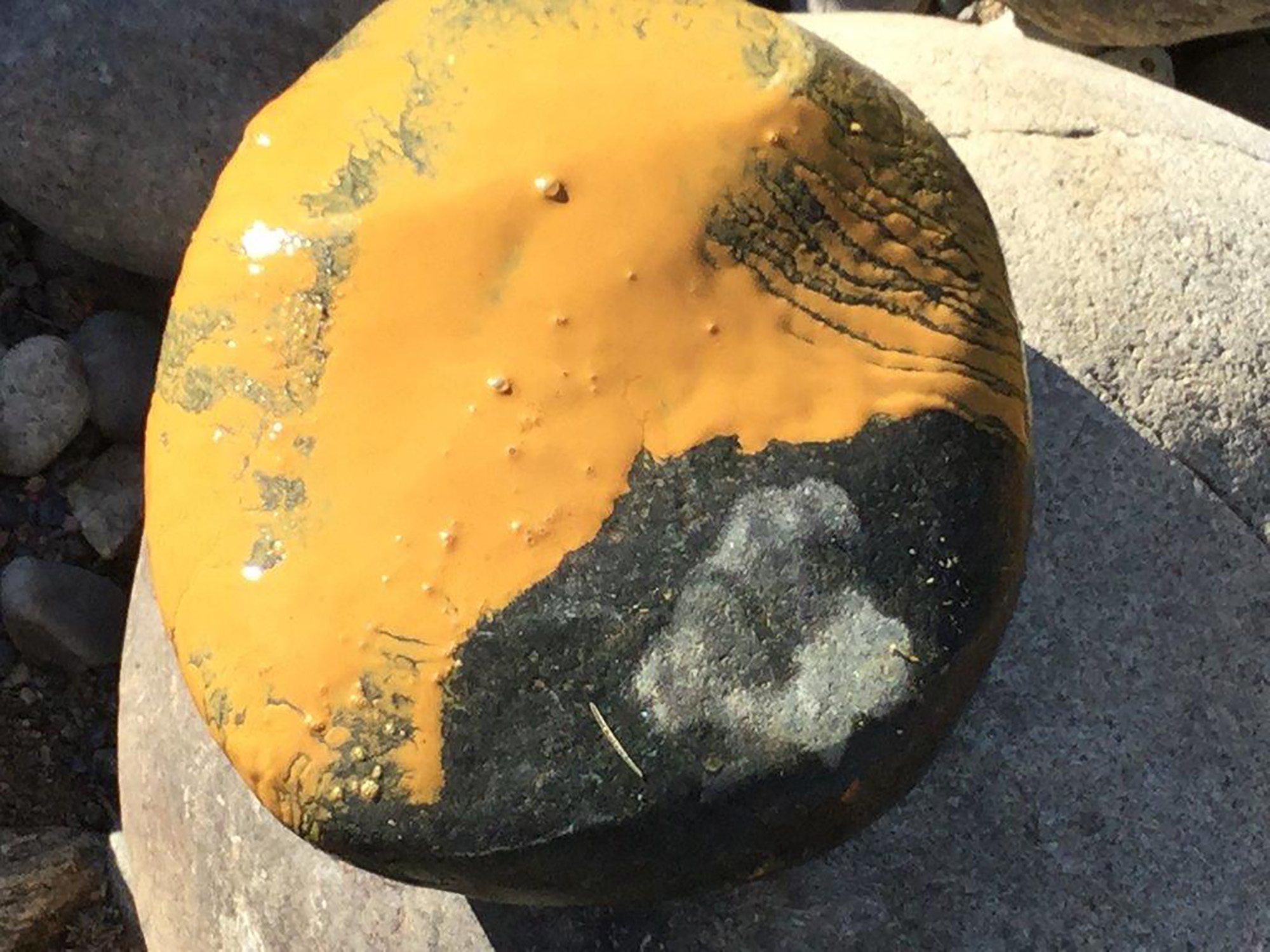 Sediment spilled from a mine covers the rocks of the Animas River in Durango, Colorado, on Aug. 6. (Photo courtesy of La Plata County Emergency Management) 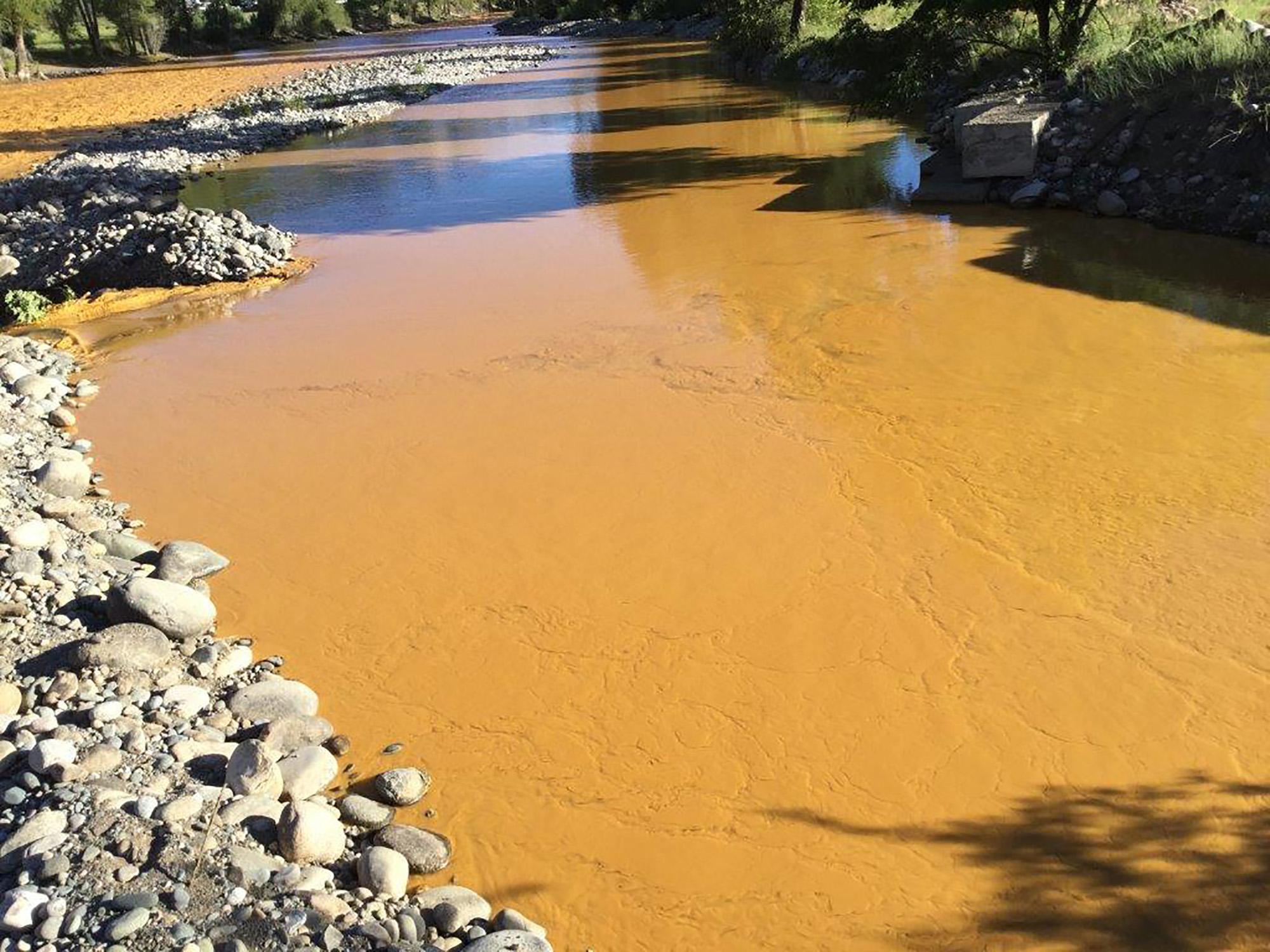 Sediment spilled from a mine colors the Animas River in Durango, Colorado, on Aug. 6. (Photo courtesy of La Plata County Emergency Management)

“We have a lot of active mines and abandoned mines in Arizona, and we have had spills,” said Sandy Bahr, director of the Sierra Club’s Grand Canyon Chapter.

But Arizona State Mine Inspector Joe Hart said what happened in Colorado was an example of officials being “totally absent-minded.”

In August, Environmental Protection Agency workers accidentally released 3 million gallons of toxic sludge into the Animas River, a tributary to the Colorado River, while cleaning up the abandoned Gold King mine near Durango, Colorado.

As one example of her concerns, Bahr noted the 1997 spill of tailings from a BHP Copper mine into Pinto Creek near Miami. That creek drains into Roosevelt Lake, but officials said building a temporary dam prevented any of the pollution from flowing downstream.

“We think about being downstream from the Animas River, but we are also downstream from a mine in Sonora that has also had a massive spill just last year and that affected the water in the San Pedro, which flows north into Arizona,” she said.

Heavy rain caused that toxic release from a copper mine in Sonora, prompting fears for a time that the mix could foul the San Pedro River in Arizona.

Mike Conway, a geologist and outreach specialist with the Arizona Geological Survey, said even if a mine spill were to happen in Arizona, it wouldn’t be comparable to Colorado’s due to different mining procedures and environmental conditions.

Verle Martz, vice president of engineering and environment for the Salt River Materials Group, which mines sand and gravel, said mining companies in Arizona follow a protocol intended to prevent incidents such as the one in Colorado. That includes building a system downstream to catch potential runoff before starting cleanup work.

“If a private party, whether that’s a company, a landowner or whoever, addresses a situation like this, they’re held personally responsible and liable for any environmental damage that their actions may cause,” Martz said. “They’re clearly going to do whatever they can to reduce the potential risk for these kinds of disasters to happen.”

Hart, the state mine inspector, said his main concern is the danger that abandoned mines – he put the total at 9,500 – pose to ATV and motorcycle riders as well as curiosity-seekers.

“They find a pile of dirt and just go up it and think it’s just a little mountain at the other end of it, but there’s a big hole,” Hart said.