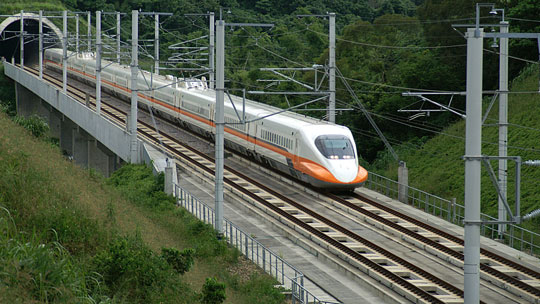 Diane Brown, director of the Arizona Public Interest Research Group, said that a Phoenix-Tucson passenger rail would be good for health, air and the economy.

(Photo via U.S Department of Transportation)

“Having the train run through would cause a big boom in our economy and would make it easier to play in other parts of the state,” he said.

“We have inexpensive land, so homeowners who are looking for economical living and transportation would highly benefit from this rail system,” he said.

How has traffic affected you?

Both communities lie along the Arizona Department of Transportation’s preferred alternative among two potential routes connecting Tucson and Phoenix by commuter rail. That alternative would follow the existing railroad corridor between Eloy and the East Valley and into downtown Phoenix.

Another option would follow a planned multi-modal corridor to the east and run along existing freeways into the Valley.

According to the ADOT, the goal of the rail study is reducing congestion and travel time along Interstate 10, which is projected to increase considerably in the next 30 years as the so-called Sun Corridor experiences growth.

Proceeding with the line would require federal funding. The preferred alternative would cost between $4.2 and $5.1 billion, ADOT said.

Diane Brown, director of the Arizona Public Interest Research Group, said that a Phoenix-Tucson passenger rail would be good for health, air and the economy.

“Given the estimates of population increase in the Sun Corridor and pollution that automobiles generate, the greater the non-driving transportation options, the better the air quality benefits,” she said.

“A unified effort at the state level is needed to convince Congress that this rail is an important economic interest to the region,” he said. “Write your senator and House representative. Tell them you want this rail to kick-start Arizona’s economy.”

Both alternatives would include lines along rail corridors into the west and northwest Valley and follow I-10 between Tucson and Eloy.

The next phase of the project was public hearings scheduled for the week of Sept. 14.