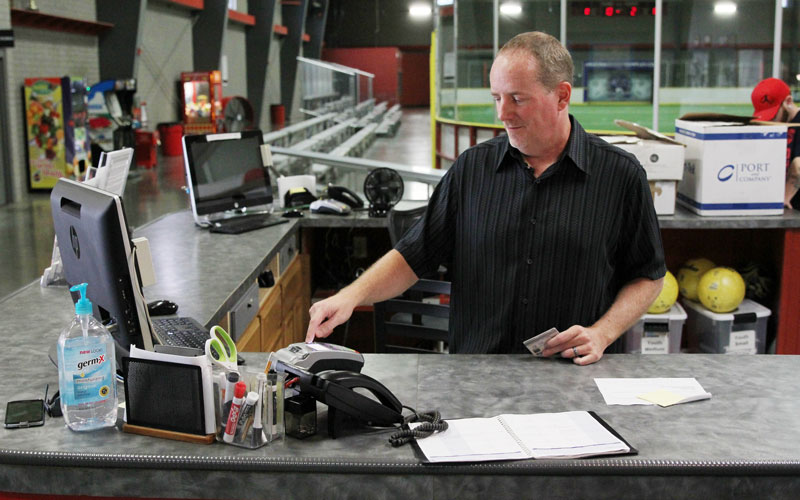 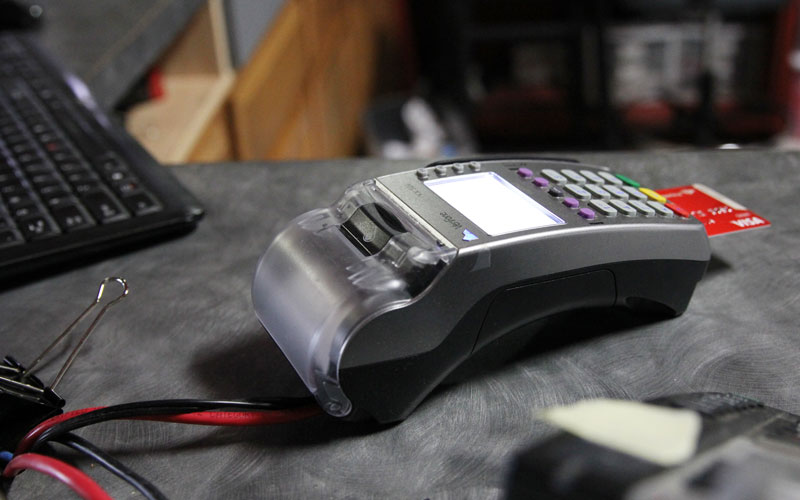 In 2014, about 40 percent of people in the U.S. said they had experienced credit card fraud in the past five years, according to a study by Aite Group.(Photo by Lynnie Nguyen/Cronkite News)

Turns out somebody had fraudulently used the Phoenix resident’s credit card, twice. The thieves charged about $250 worth of goods during the first incident, and he said in an email that he found about 20 suspicious transactions in all.

By 2016, the estimated 167 million U.S. residents who have a credit card will receive new “EMV” or “chip-and-PIN” cards, which include embedded microchips, in the mail to beef up security.

The change means credit card companies will spend millions more to produce the cards. It means businesses will have to buy new readers to accommodate the cards. And it means customers may have to spend a little extra time during checkout.

“It’s just that one little hurdle to feel secure about the purchase rather than swipe and go and wonder if that’s going to be picked up somewhere else in the world on purchases I didn’t make,” said Greene, a technical director at KTAR.

Chris Damron, senior vice president of sales from Digital Financial Group in Peoria, said these new cards contain a security chip that generates a unique code when used that makes it harder for fraudsters to steal information. His company provides new card terminals for Arizona businesses.

The cards require users to insert the card into a machine instead of swiping it, and the process can take up to a minute. Eventually, consumers will have to punch in a PIN – a personal identification number – or sign after inserting the card into the new EMV terminals to make purchases.

“Almost a week doesn’t go by that we hear about another data breach, and these data breaches are costing consumers, businesses, Visa, Mastercard, millions of dollars,” Damron said.

In 2014, 41 percent of people in the United States said they had experienced credit card fraud in the past five years, according to a study by Aite Group LLC.

In response, banks are changing the system for processing credit cards. The transition has been underway since 2012.

Starting Oct. 1, business owners must make adjustments to accommodate for these new cards. If they don’t, banks won’t accept liability when someone falls victim to card fraud, Damron said. The business will have to take on that burden.

Business owners must buy or lease the new EMV card readers, which cost between $450 to $1,500, said Robert Scalf, who co-owns a Peoria bike shop.

“It’s the cost of doing business, absolutely,” he said. “We’re happy to do it. It’s not necessarily an unexpected thing.”

Scalf, who co-owns Bikers Edge Cycle and Fitness, said he heard about this transition from telemarketers. He said he receives four to five phone calls a day from merchants trying to sell him new EMV compliant terminals.

Eric Fullmer, a general manager at Arizona Sports Complex in Glendale, said one thing businesses and customers will have to remember is to insert these new cards into the portal instead of swiping them.

“Once we get past that training and that education, then there’s no downside to it,” Damron said.

“That has been really the reason we are so far behind in making this migration is just because the price of the card,” Damron said.

The United States is one of the last countries to make the switch to EMV cards, according to Aite Group.

Consumers can expect more changes with credit cards in the future. New credit cards will feature “near-field communication,” which means people can wave their cards over the terminals and pay that way, Damron said. This is similar to Apple Pay.