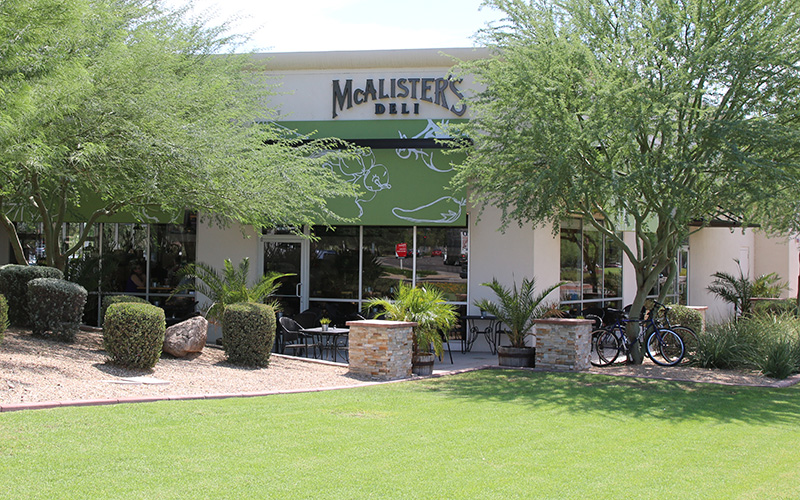 But McAlister’s Deli, a Georgia-based fast-casual deli chain, has been building its brand recognition in the Valley over the past few years, with plans to expand it further.

“That was probably biggest challenge, just getting people even to know who we were,” said Kody Linsacum, director of operations for the two McAlister’s Deli franchises on Tatum Boulevard in north Phoenix and Bell Road in Peoria, which are owned by Mountain Investment Group.

Linsacum said the Phoenix location, which has been open for nearly three years, took about a year to secure steady foot traffic. The group’s Peoria location, which opened in November, took just three months to see the same.

“Once we got that word-of-mouth out to people, we started to do pretty good,” he said.

That familiarity may help with McAlister’s Deli’s planned expansion into the Phoenix market. Earlier this month, the chain announced it had signed franchise agreements to open five locations in the metro area over the next four years.

“We’ve seen how the brand has been received in the marketplace, and that gives us confidence that we can further expand into the west, in the Phoenix area,” said Jeff Sturgis, vice president of franchising for McAlister’s Deli, which has more than 300 locations across 24 states.

McAlister’s Deli is eyeing Phoenix, Tempe, Chandler and Gilbert for possible expansion, according to a news release.

“We think with the way the brand has been received up there in the north part of the area, that gave us the confidence to say, ‘Let’s look for another group to help further develop the market,'” Sturgis said.

That group is the team of franchisees Jyoti Madhura, Preet Saini and Sanjiv Bhagat. The three operate a Jack in the Box franchise in Las Vegas and a Del Taco franchise in Fresno, California.

Saini, the president of the yet-unnamed group, said the group wanted to open a fast-casual franchise with healthier options, and McAlister’s Deli met their criteria.

“McAlister’s, when we did the research, came up quite often,” said Saini, who is based in Phoenix.

Several organizations have recognized McAlister’s Deli for its excellence. Food industry market researcher Technomic rated McAlister’s Deli as a top chain for “pleasant, friendly service” in 2015, while FastCasual.com listed the company as No. 22 on its Top 100 movers and shakers list for 2015, according to a news release.

Franchise Business Review ranked it as one of its best franchise opportunities for 2015 in its Franchisee Satisfaction Awards.

“They’re a brand that focuses on the franchisee, and really the unit economics that the franchisee needs to be at to be a profitable and long-sustaining business,” said Michelle Rowan, president of Franchise Business Review.

Saini said the group also spotted Phoenix as an area ripe for growth in fast-casual dining.

“We did some research in terms of how saturated the market is for … the restaurant industry in general,” Saini said. “And Phoenix has been growing very fast.”

That growth is part of a surge in Arizona’s restaurant industry. Arizona has the fastest restaurant sales growth among all 50 states in 2015, according to a National Restaurant Association report.

Saini said the group plans to open its first franchise site next fall, but they have not determined the location.

Sturgis said a new McAlister’s Deli creates about 30 to 35 jobs. With five stores expected to open, the expansion will create about 175 jobs.

Linsacum said he is confident the new franchisees will reap the recognition his restaurants have helped build for the McAlister’s Deli brand in Arizona.

“They’re going to have an easier time,” he said. “I have no doubt about it.”

Correction: A Sept. 9 Cronkite News story about the expansion of McAlister’s Deli incorrectly identified the location of the company’s headquarters. The headquarters are in Alpharetta, Georgia.