The cost of traffic jams in Phoenix and Tucson averaged more than $1,000 per commuter in gas, wasted time and trucking costs. But neither city was in the nation’s top 10. (Photo by Ernesto Andrade via flickr/Creative Commons) 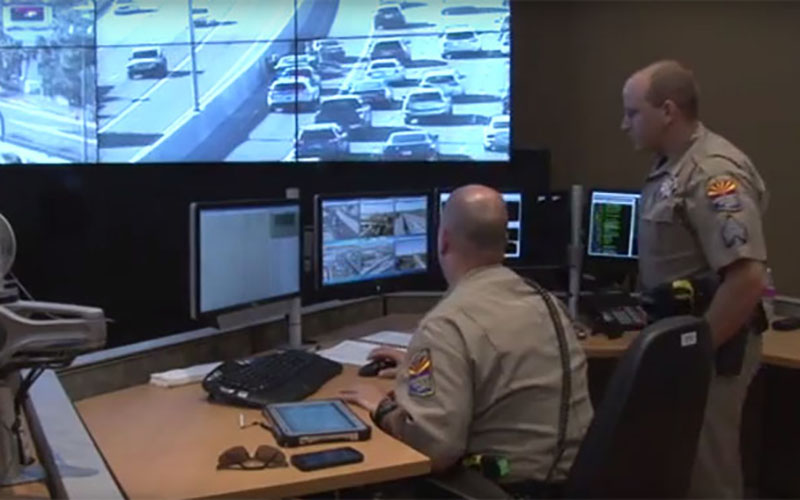 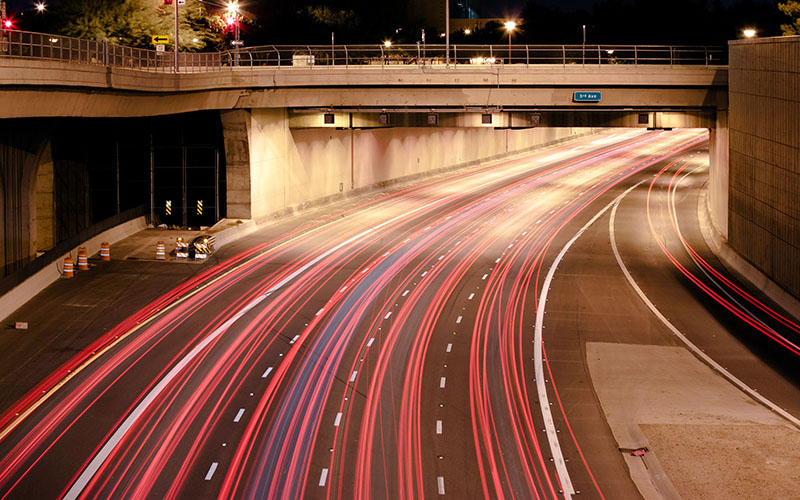 The Papago Freeway at night, when traffic moves smoothly. It’s a different story in rush hour, when Phoenix had the 13th-worst traffic congestion in the nation. (Photo by Alan Stark via flickr/Creative Commons)

WASHINGTON – Traffic delays in Tucson and Phoenix last year cost the average commuter more than $1,000 in extra fuel and lost time, among other costs, according to a new report on rush-hour congestion on the nation’s highways.

The “congestion cost” in Arizona cities, an estimate of time and money lost to traffic congestion, ranged from $114 to $1,201 in the state in 2014, according to a new report. The cities, their cost and average hours of commuter delay were:

The 2015 Urban Mobility Scorecard from the Texas A&M Transportation Institute estimated that commuters in Phoenix spent about 51 hours sitting in traffic, racking up a “congestion cost” of $1,201 last year. Tucson commuters spent an average of 47 hours stuck behind the wheel for a congestion cost of $1,128, the report said.

Phoenix and Tucson finished 13th- and 23rd-worst, respectively, in the nation for traffic. While the metro areas were worst in Arizona, none of the nine regions in the state that were studied by the report were unscathed, with Lake Havasu doing best in at 4 extra hours of idling and a congestion cost of $114 last year.

“When cars are in stop-and-go traffic, the delay meter is running fast,” said David Schrank, one of the authors of the Transportation Institute report, which looked at 470 areas around the country and ranked 101 of them.

The rankings were based on the congestion cost, a complex formula that considered average rush-hour delays in a city compared to its “free-flow” traffic times.

The study estimates how much gas is wasted during those delays and multiplies that by the average cost of a gallon of gas. It adds that amount to the value of lost time spent in the car – about $17 an hour – the costs to commercial traffic, like truckers, and other factors. It divides the cost by commuter to get the final congestion cost.

“Overall, drivers may be unaware of the number of hours they spend stuck in traffic,” said Diane Brown, executive director of the Arizona Public Interest Research Group.

Brown said “an increase in public transportation options will further reduce driving on a per capita basis.” That’s why she was celebrating Tuesday’s passage by Phoenix voters of Proposition 104, which will raise the city’s transportation tax for 35 years to pay for expansions to light rail, bus service and bicycle lanes, in addition to funding for roads and road repair.

What could drivers do with time spent stuck in traffic? A lot, it turns out

Stanton: Victory of Phoenix transit tax proposition shows ‘a belief in our future’

Doug Nintzel, a spokesman for the Arizona Department of Transportation, said in an email Wednesday that the government is taking steps to ease traffic congestion. He pointed to “projects that are currently underway to add capacity along sections of the Loop 101, the Pima Freeway, in the Scottsdale area, and along Loop 202, the Red Mountain Freeway, in Mesa.”

But those projects are not scheduled for completion until next year, he said.

“Managing growing traffic demands is certainly a challenge in a large area like the Phoenix metro region,” Nintzel said in his email.

But Phoenix’s problems were nowhere near No. 1 Washington, D.C., where commuters spent an average of 82 hours stuck in traffic for a congestion cost of more than $1,800, according to the report. New York, Los Angeles, San Francisco and Seattle rounded out the top five based on congestion costs on the scorecard.

Roll over the map below and click on the pins for details about “congestion costs” for Arizona cities, or click here for the full map. (Graphic by Tom Blanton)