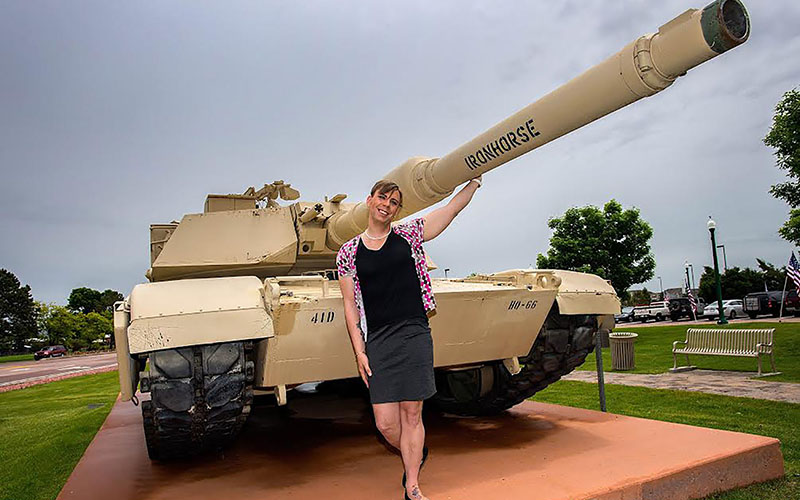 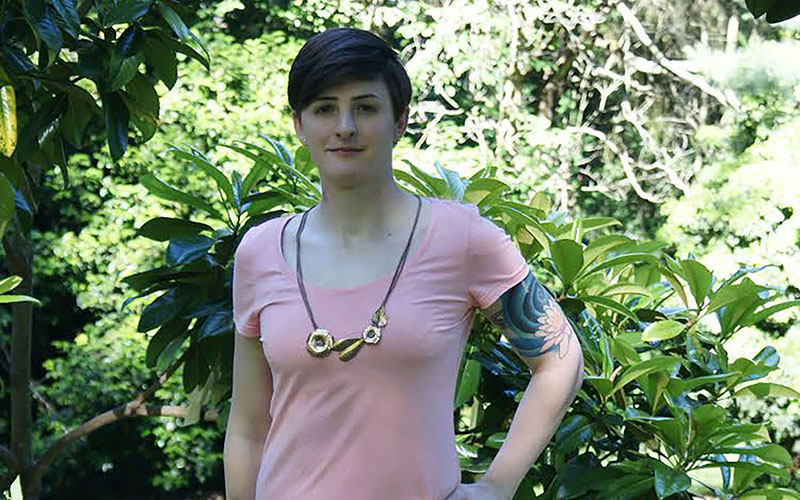 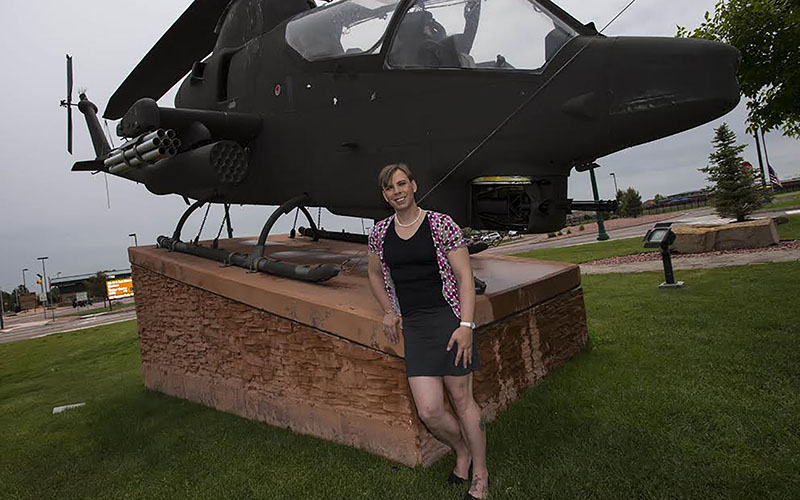 WASHINGTON – When Capt. Jennifer Peace looks in the mirror, she sees a woman who serves her country like more than 200,000 other women in the military.

She wears a uniform, goes to work and serves like all the others.

But when the Army looks at Capt. Peace, it sees a man.

Peace, an intelligence officer who has served a little more than 10 years in the Army, is a transgender soldier who came out in January to her unit at Fort Lewis, Washington.

While her fellow soldiers have been supportive, Peace said, they still have to live by Army rules and are concerned about stepping over the line. She said soldiers working for her were told, “We use male pronouns. No one will use female pronouns with Capt. Peace.”

“It’s those things that wear on you,” said Peace, who was posted for several years at Fort Huachuca and considers that base her military home.

Advocacy groups claim there may be as many as 15,000 transgender members of the military currently serving, who don’t feel comfortable opening up to their units as Peace did. That’s because, until only recently, they could be drummed out of the service if they came forward.

That began to change last month when Defense Secretary Ash Carter declared the military’s regulations regarding transgender service members are “outdated,” and he ordered a Pentagon review of the policy.

Carter said the Defense Department will “create a working group to study over the next six months the policy and readiness implications of welcoming transgender persons to serve openly.”

“As I’ve said before, we must ensure that everyone who’s able and willing to serve has the full and equal opportunity to do so,” Carter said in his July 13 announcement. “And we must treat all our people with the dignity and respect they deserve.”

A White House spokesman stopped short of saying last month that President Barack Obama thinks transgender individuals have a right to serve in the military. But he did say the president welcomed the Pentagon’s “review with a bias in favor of changing this policy.”

Several military service organizations that were contacted for comment were not able to provide someone to speak on the relatively new directive.

When asked last week about the review, Sen. John McCain, R-Arizona, and chairman of the Armed Services Committee, declined to offer a specific comment except to say that he will be interested in seeing the Pentagon’s plan.

Advocates say it’s past time to change the policy.

Brynn Tannehill, an official with SPARTA – the Service members, Partners, Allies for Respect and Tolerance for All – compared the current situation to the last days of the Pentagon’s “don’t ask, don’t tell” policy. Homosexuality was still prohibited then, but tolerated as long as it was not announced.

That left some gay service members feeling comfortable being out with their units and some not, Tannehill said.

“We have the same thing here … some of them have units where they feel fairly safe being out about who they are being transgender,” Tannehill said, while others work in units where they are worried about their careers and “what will happen to them if they do come out.”

“That’s why we need policy put in place and we need guidance on how transgender members are to be treated,” Tannehill said. “Essentially, no differently than anyone else.”

Staff Sgt. Patricia King is one of those who felt comfortable coming out to her unit, calling her experience one of acceptance.

“They have been waiting for the policy change I think just as much as I have, so that we would have clear guidance,” King, a transgender woman, said of her unit at Fort Carson, Colorado.

King hopes to see the current ban is reversed so that soldiers like her can serve openly, honestly and be themselves. She notes that 11 other nations have already “embraced” open transgender service.

“I think that as a nation maybe we just took a little bit longer to be at a point where we were ready for that,” King said. “Because readiness has always been a priority for us, which made us one of the strongest countries on the planet.”

King thinks that if the ban is lifted, the only thing people will be talking about a year from now is how successful the repeal has been.

But for Peace, the road can still be rocky at times.

“We have organizational days and things like that, and I was kind of told, ‘Hey, you don’t need to be at these. Don’t come to these anymore,'” Peace said.

She called it difficult and isolating at times because “you feel trapped in your house, and that’s the only place you can be you.”

As an intelligence officer, Peace assumes she will be back at the U.S. Army Intelligence Center at Fort Huachuca at some point again in her military career. After 10 years of service, she remains optimistic about the future in the Army, which she calls “one of the greatest organizations I have ever been a part of.”

“I love what I do every day. It’s been tough, but it’s getting better,” Peace said.