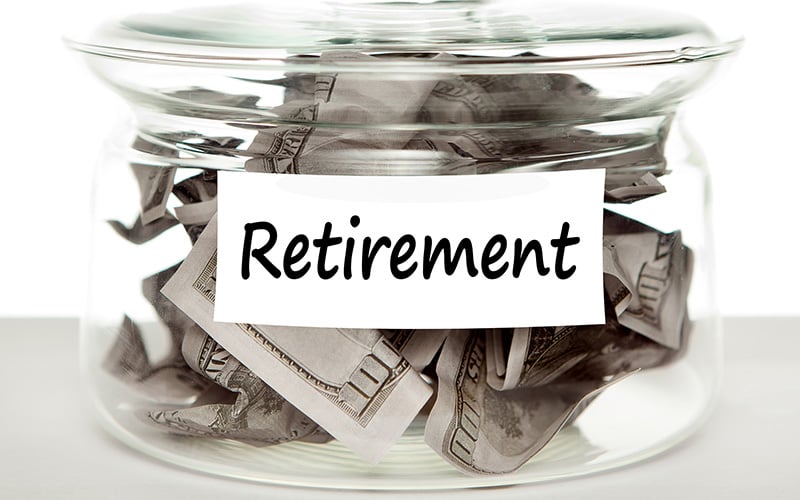 Less than 40 percent of Arizona’s private-sector workers participate in an employer retirement plan, and their average retirement account balance is less than $24,000, a new report says. (Photo by taxcredits.net via flickr/Creative Commons) 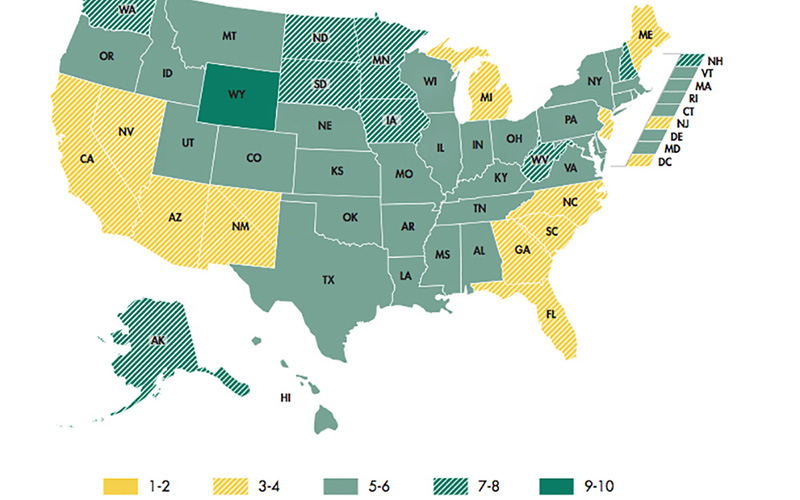 A national scorecard on retirement preparedness scored states on how workers were saving, what costs they faced in retirement and what job prospects they had. Arizona scored a 4 out of 10 overall. (Map courtesy the National Institute on Retirement Security)

WASHINGTON – Less than 40 percent of private-sector workers in Arizona participate in a retirement plan through their work, and they have an average retirement savings balance of just $23,826, according to a recent report.

Arizona retirees have the benefit of lower average costs for housing and health care costs when they do retire, according to the report by the National Institute on Retirement Security.

But the report and financial experts both said the low costs are outweighed by the fact that Arizona’s private-sector workers are not saving enough to guarantee a secure retirement once they reach that point in their lives.

A scorecard by the National Institute on Retirement Security ranked states in three areas: retirement income, or savings; major retiree costs; and the potential labor marked for older workers. On a scale of 10, Arizona’s got a 4 overall, broken down as:

Arizona’s overall score of 4 out of 10 on the institute’s score card for 2015 showed that there is a high risk that the next generation of retirees in the state will not meet their economic needs once they retire.

“I’m not surprised by Arizona’s score in the sense that I think there are challenges across the country for many people in achieving a secure retirement,” said Gary Koenig, a vice president for AARP’s Public Policy Institute.

Arizona was not the only state in the institute’s scorecard falling behind when it comes to preparing its workers for retirement. California and Florida ranked lowest with overall scores of 3 in the report that was released July 30.

On the other end of the spectrum, Wyoming led all states with a score of 9, followed by Alaska, Minnesota and North Dakota, which had 8 each.

The scorecards measured each state in three different areas: income or retirement savings, costs of housing and health care, and labor market conditions for older workers.

Diane Oakley, executive director for NIRS, said the scorecards are primarily designed to serve as a way for policymakers to identify and target problems that can hinder workers’ ability to prepare for retirement.

“Now, policymakers have a tool to identify the most urgent priorities and can take action to head off the looming retirement crisis in their states,” Oakley said in a statement released with the report.

“State programs must fill the gap and help Americans meet their most basic needs for food, shelter and medicine,” she said.

“If they don’t have access to a payroll deduction savings plan through work, it’s much … less likely that people will actually save for retirement,” he said.

But he said that about 56 percent of private-sector workers in Arizona – roughly 1.3 million people – work for an employer who does not offer a retirement plan.

Koenig agreed with Oakley that there’s a role for state and local government, and even the federal government, to make sure all workers have access to pension plans.

For those who do not, working in retirement may be a necessity. But options for that in Arizona are not promising, according to the report.

It gave the state a score of 4 on that factor, noting a relatively high unemployment rate for older workers, whose median wage of $14 an hour was below the national median of $14.76.

Doug Hart, president of the Arizona Alliance for Retired Americans, said one way to help would be to raise the minimum wage, which would help older and younger workers both. A higher wage would give workers more opportunity to save toward retirement, instead of having to live day to day.

“Seniors can’t afford to live on a minimum wage salary,” Hart said. “They have to spend more on Medicare and prescription drugs and makes it difficult for them to save towards retirement.”