Administrators say that as experienced teachers leave the profession, it means there are fewer on hand to mentor new teachers. (Photo by Paul Wood/U.S. Department of Education) 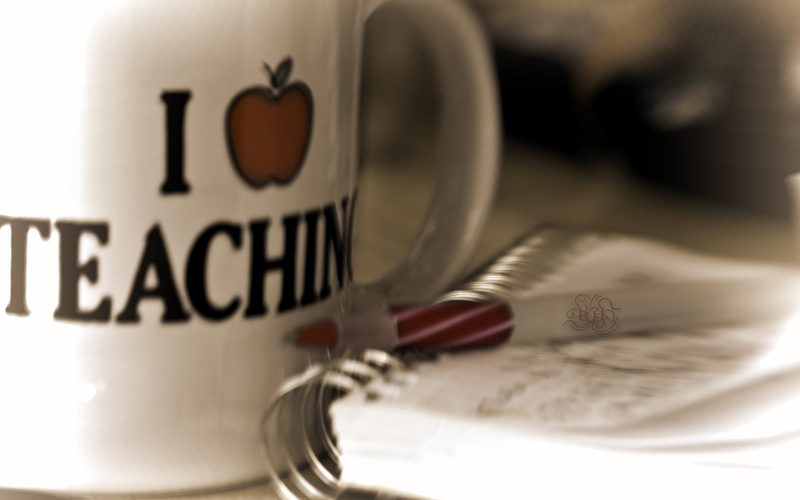 Low pay and respect are driving teachers from the field and leading fewer into it, at a time when a fourth of Arizona teachers are nearing retirement age. (Photo by Joanne Johnson via flickr/Creative Commons) 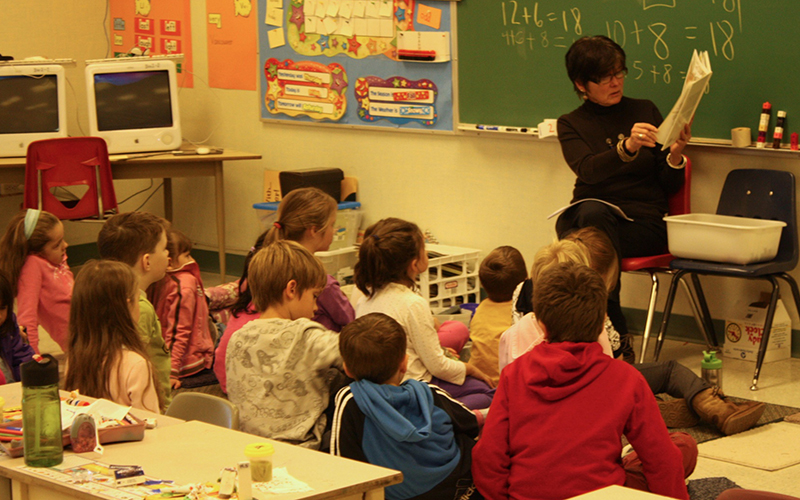 While Arizona officials said schools have about 1,000 teacher vacancies still, administrators insist that they will not hire just anyone to fill a slot. (Photo by Bob Cotter via flickr/Creative Commons)

WASHINGTON – Arizona officials say there are at least 1,000 vacant teacher positions to fill, with just weeks left until the school year starts around the state.

It’s not the first time school districts have found themselves scrambling to hire teachers in Arizona, where officials say low salaries, lack of support and high turnover rates combine to make summers a stressful time for administrators.

“We’ve been working very hard since the spring to fill all our positions,” said Balsz School District Superintendent Jeffrey Smith.

He said this week that the district has “about four, maybe five” teacher openings, and no guarantees they will be filled by the July 27 start of school.

Burdick said she is trying to fill six teaching slots, and the district’s governing board even approved a $4,000 signing bonus for qualified special education or middle school math teachers. But she’s still looking.

“We’re concerned, and for many of the positions we have open we do not even have one applicant,” Burdick said.

They are not the only schools in that situation, nor is this the only year it’s happened. The Arizona Department of Education created an Educator Retention and Recruitment Task Force in response to “rising concerns regarding the shortage of effective teachers and high turnover rates of educators in Arizona schools.”

That task force’s report in January cited many of the same problems that educators around the state point to: relatively low pay, high turnover rates that result in little mentorship of young teachers, and an increasing workload for an increasingly under-appreciated job.

And the situation is likely get worse, with 25 percent of the state’s roughly 60,000 teachers eligible to retire within the next five years, said Cecilia Johnson, the state Education Department’s associate superintendent of highly effective teachers and leaders.

Heidi Vega, spokeswoman for the Arizona School Boards Association, said there are many factors in play behind the vacancies but, “First of all, of course, the budget.”

Vega said some teachers haven’t had a raise in six or seven years. The state routinely ranks near the bottom when it comes to per-pupil spending, she noted.

Still, she said, it can be difficult to “stay in the field and not even receive any type of cost of living, salary increase, or any type of increase, and just trying to live off a certain income for 15 years.”

“It is difficult. It’s challenging. And I think many teachers just get frustrated and many teachers have second jobs,” Vega said.

That difficulty could be behind a drop in the number of students majoring in education in college, experts said, another reason for the apparent teacher shortfall.

Once in the profession, Johnson said, teachers face greater accountability requirements and more demands of their time than they used to. Those demands “require them to take less and less time in teaching what they believe as experts should be taught,” she said.

Vega said school administrators have pushed lawmakers for more funding and tried to implement policies that spread the word about what a great profession teaching is, while showing appreciation for teachers who go above and beyond.

Smith said the state hasn’t demonstrated a commitment to public education, and Burdick said that we still “just don’t seem to have the infrastructure or the support,” resulting in teachers going elsewhere.

The loss of experienced teachers leaves the state with an even bigger job of filling positions year after year, Johnson said. And it drains away experience that Vega said is vital to young teachers.

“You need that mentorship,” she said.

Figuring out how many teachers are needed can be a challenge, Vega said. The count in the summer can change as students move or transfer, leaving districts to wonder, “Are we down a teacher? Are we up a teacher?”

If they can’t find full-time teachers, districts are forced to rely on long-term substitutes, which present other problems. Parents are “very concerned that their students aren’t getting the quality education they would expect when we have so many vacancies,” Johnson said.

But that doesn’t mean district will hire anybody just to have a full-time teacher.

“We’re extremely picky in our district. We will not hire someone just to put a body in front of students,” Burdick said. “We expect someone to be of excellent quality.”