Rep. Kyrsten Sinema, D-Phoenix, testifies on her bill to help veterans who have served in classified settings to get mental health care that protects both them and the classified secrets they carry. (Photo by Soyenixe Lopez) 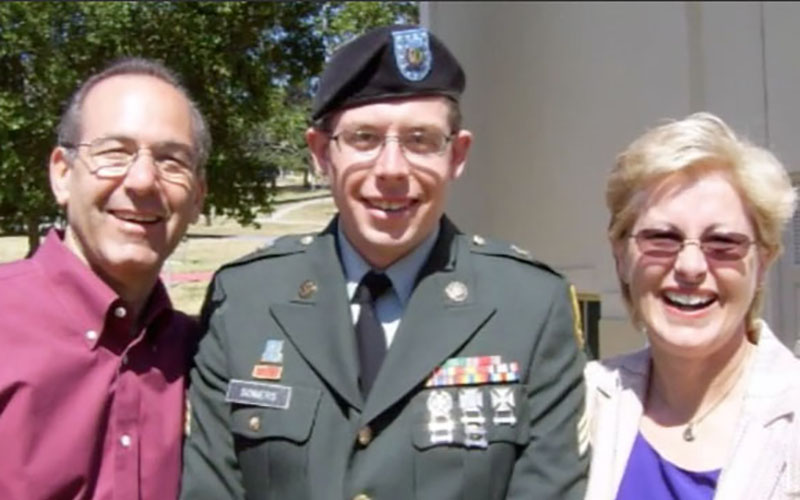 Howard, Daniel and Jean Somers, from left, before Iraq veteran Daniel killed himself in 2013 after a long-running dispute with the Department of Veterans Affairs over his mental health care. (Photo by John Genovese) 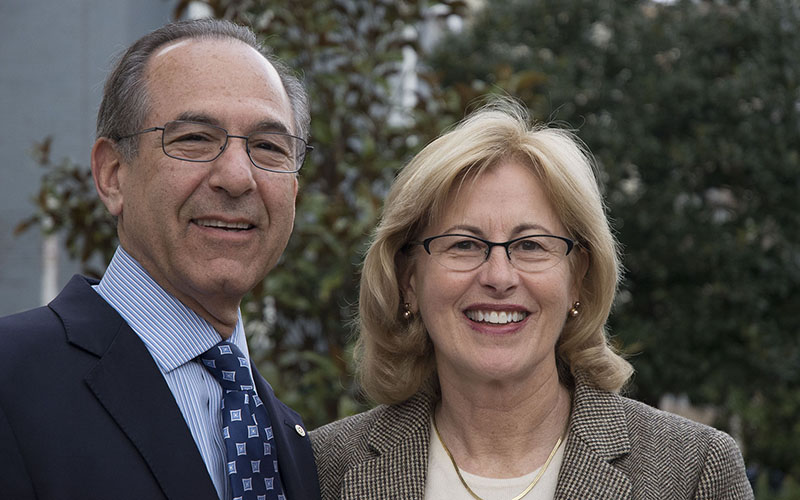 WASHINGTON – Sgt. Daniel Somers’ work in Iraq was classified, so when he returned from the war and sought treatment for traumatic brain injury and post-traumatic stress disorder he balked at a care in a group setting.

Somers, afraid he might reveal classified information, asked the Department of Veterans Affairs in Phoenix for individual care.

After two years with no resolution from the VA, Somers took his own life in 2013.

“No veteran or family should go through the same tragedy that the Somers family experienced,” said Rep. Kyrsten Sinema, D-Phoenix, testifying in support of a bill aimed at helping veterans like Somers get the care they need.

The Classified Veterans Access to Care Act would require the VA to ensure that covered veterans have access to mental health treatment, and that VA employees get guidance on how to properly deal with veterans in classified settings.

It would also let veterans with classified experiences identify themselves so they can get the appropriate care as quickly as possible.

Sinema’s bill was one of 13 bills heard Tuesday by a friendly House Veterans Affairs subcommittee, two leaders of which are co-sponsors on her bill.

Sinema choked up briefly as she told the story of Somers, a Humvee machine-gunner who “ran over 400 combat missions,” she said.

The story of his June 2013 death grabbed headlines after the publication of a long suicide note to his parents, in which he said he was sorry but he was not getting better and it was “better to simply end things quickly … than to drag things out.”

The death of their son made advocates of Howard and Jean Somers, who Sinema said she has worked closely with to draft the bill. The Somerses could not be reached for comment Tuesday.

A similar bill passed the Veterans Affairs Committee in the last Congress, but never came up for a vote by the full House.

Sinema explained away the death of the last bill by noting that Congress “is a mammoth slow machine where things don’t happen.”

“It’s difficult to get even very popular pieces of legislation passed because Congress is just a very big slow bureaucracy,” she said.

But she has high hopes for this version of the bill, which has the support of committee members as well as the backing of the VA and some veterans groups who testified Tuesday.

“The VFW believes that requiring VA to develop standards for those who have served on sensitive missions is reasonable, and would ensure that veterans feel they can access the services they need,” said Carlos Fuentes, senior legislative associate for the Veterans of Foreign Wars, in his prepared statement for the hearing.

Madhulika Agarwal, the VA deputy undersecretary for health for policy and services, testified that the department supports the bill, which would incur “minimal costs.”

Sinema asked the committee, on behalf of the Somerses, to rename the bill the “Sgt. Daniel Somers Classified Veterans Access to Care Act.”

“I fully expect that this bill will pass the subcommittee unanimously,” Sinema said after the hearing. “This bill has broad bipartisan support and there’s no opposition.”