A firefighter on the Sitgreaves Complex Fire in the Kaibab National Forest in 2014. A July 13, 2014, lightning strike started the blaze, which burned 11,080 acres. (Photo by Holly Krake/USDA) 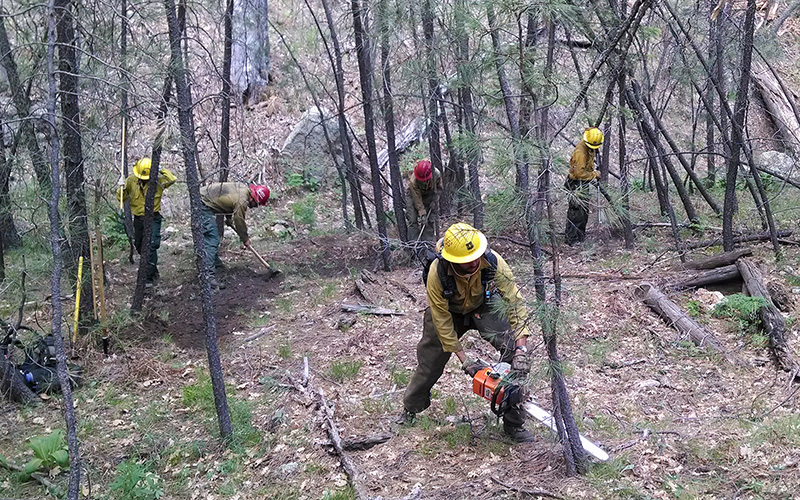 Firefighters preparing to do burnout operations on the Slide Fire north of Sedona, in this 2014 file photo. (Photo by Coconino National Forest) 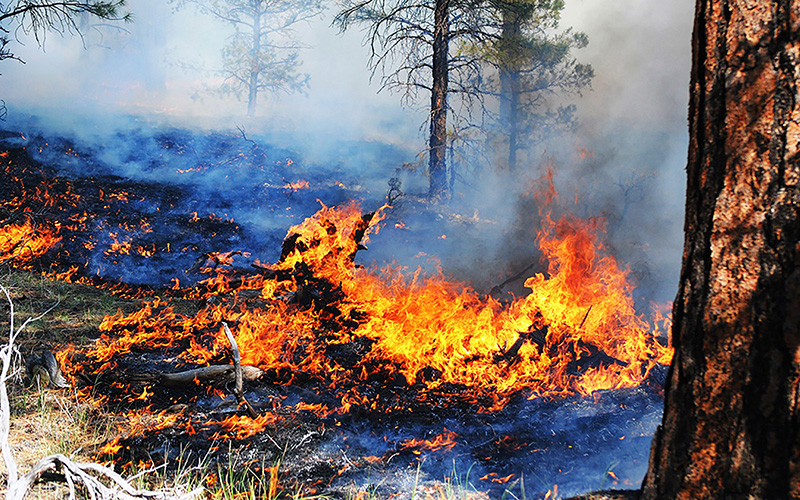 The Belknap Fire was one of three large fires managed on the Tusayan Ranger District in Arizona during the 2014 monsoon season. (Photo by U.S. Department of Agriculture)

WASHINGTON – The House voted 262-167 Thursday for a bill that supporters said will reduce wildfires by streamlining the process for managing federal forests before and after outbreaks.

But where supporters of the Resilient Federal Forests Act of 2015 saw much-needed protections, critics saw a bill that they said guts environmental regulations and promotes high-risk logging, among other issues.

“The bill is bad for forests, it’s bad for wildlife, and it’s bad for the impacted communities that are trying to engage in forest management decisions,” said Jenny Keatinge, government relations associate for the Defenders of Wildlife.

But Rep. Ann Kirkpatrick, D-Flagstaff and one of the sponsors of the bill, disagreed, saying it is “good for forests in Arizona and it’s good for forests across the country.”

Kirkpatrick and Rep. Kyrsten Sinema, D-Phoenix, were two of just 19 Democrats who crossed the aisle and voted for the bill, which passed on a largely party-line vote.

Supporters of the 104-page bill say it would accelerate environmental review for large forest-management projects, allowing local and federal officials to move quickly to rein in overgrown forests that can fuel wildfires.

It also imposes new restrictions on people who want to sue the government over forest management practices and allows agencies to shift funding to the Forest Service when money in the chronically underfunded budget for wildfire fighting runs out.

Gosar, who also co-sponsored the bill, said in a prepared statement that it will “streamline the approval process for proactive thinning projects while still providing adequate resources for reforestation.”

But Keatinge called it an extreme measure.

“It undermines environmental laws. It weakens collaboration, and it severely curtails public engagement in forest management,” she said.

That was echoed by Rep. Raul Grijalva, D-Tucson, who called it little more than an assault on the National Environmental Policy Act.

He said the bill’s supporters “seem to consider any new environmental bill on the floor another chance to weaken NEPA, limit public access to the legal system and starve conservation programs of already limited funding.”

During floor debate Thursday, Bishop held up a sign that said: “We do not have a fire problem in our nation, we have a land management problem. And it needs to be addressed quickly.”

He defended language in the bill that requires plaintiffs to post a bond before they file lawsuits “challenging the forest management activity” by the government. That provision is meant to allow suits for legitimate reasons, but block those that are filed just to halt a project’s progress.

Bishop said supporters are just trying to let the Forest Service employees do their jobs.

State officials said that this year Arizona has had about the same number of wildfires so far this year as it did at this time last year, but that those fires have burned significantly fewer acres.

Kirkpatrick said something needs to be done to keep wildfires in check.

“This is an issue that crosses party lines and crosses state borders,” she said in her statement. “It affects not only our forests but our local economies and the people who live in our communities.”

The bill now heads to the Senate, but even if it passes there it will run into opposition at the White House.

In a statement released this week, the administration said the bill “falls short of fixing the fire budget problem and contains other provisions that will undermine collaborative forest restoration.”