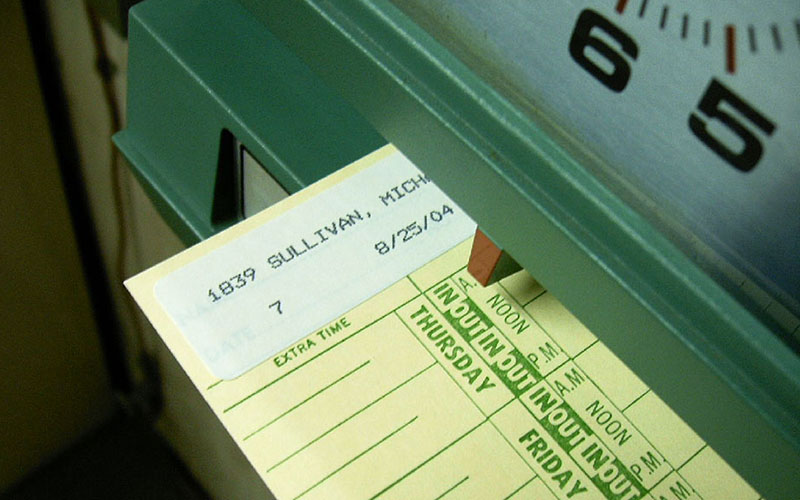 An Obama administration proposal to expand overtime benefits workers now classified as salaried employees could affect 5 million workers nationwide, and about 100,000 in Arizona. (Photo by M Sullivan via flickr/Creative Commons)

WASHINGTON – The Department of Labor announced plans Tuesday to expand overtime guarantees to about 5 million salaried workers who are not now covered, including an estimated 100,000 white-collar workers in Arizona.

The proposed rule would more than double the threshold at which a salaried worker has been ruled ineligible for overtime pay, from the current $23,660 a year to $50,440.

Arizona: How would the change in overtime rules affect you? Cronkite’s Public Insight Network Bureau would like to hear from you

“Today’s system all too frequently allows employers to violate one of the basic pillars of the Fair Labor Standards Act, to reward hard work with a fair wage and to ensure that people who work extra get paid extra,” Perez said.

“This new proposal goes to the heart of what it means to be middle-class in America,” he said.

But business groups were quick to criticize the plan, which they said will be a drag on the economy and will not be the boost the administration claims.

“Just like with the big discussion about raising minimum wage to $15, there will be unintended consequences of this federal action,” said Michael Varney, president and CEO of the Tucson Metro Chamber.

“My fear is that hardworking people will be penalized in some way as a result of this law,” Varney said.

That was echoed by Arizona Chamber of Commerce and Industry spokesman Garrick Taylor, who called it “another example of an administration pursuing policies that will harm the very individuals it claims to want to help.”

But Rep. Raul Grijalva, D-Tucson, applauded the administration for the move, which he said supports American families who deserve fair pay for their work.

“This new overtime rule is a powerful step towards that goal, helping nearly 5 million Americans feed their families, pay their rent, or clothe their children,” Grijalva said in a statement released by his office. “We look forward to working with President Obama to continue putting more money in the pockets of America’s working families.”

Officials said the proposed rule has been reviewed by the Office of Management and Budget but still must be posted in the Federal Register and undergo a 60-day comment period. The measure would take effect in 2016.

Munoz said during a conference call Tuesday to announce the plan that, except for occasional tweaks, the Fair Labor Standards Act has not been meaningfully updated for over 40 years.

“Currently, if you’re an hourly worker and you work for more than 40 hours you get overtime. That used to be true also for most salary workers but is not true anymore,” she said.

Perez said the rules governing overtime were changed in 2004, but that change helped employers and hurt workers, by enabling employers to limit workers “receiving the overtime protections the law intended.”

Under current conditions, a Labor Department release said, middle-class managers “may be expected to work 50 or 60 hours a week or more” at poverty wages for a family.

But Varney said that the “heavy hand of the government” will not make the situation better.

“The free marketplace does a very good job of regulating itself … it’s a very unnecessary thing, I don’t know what problem they are trying to solve,” he said of the Labor Department plan.