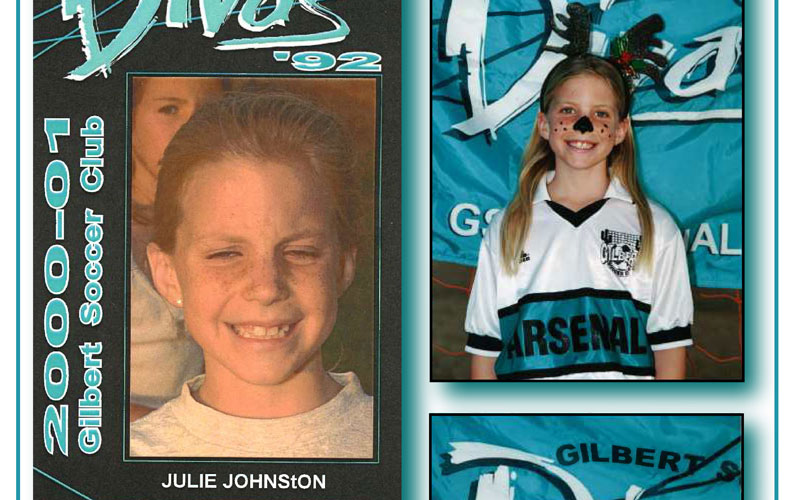 Julie Johnston grew up in Mesa before leaving for Santa Clara University to play soccer. (Photo courtesy of Gene Warne) 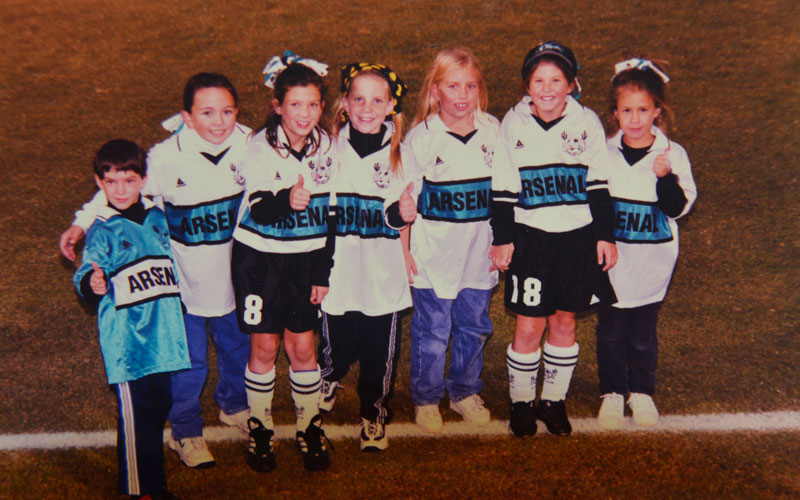 Julie Johnston (middle) played for Gilbert Arsenal Soccer Club from ages 9 to 12. She grew up in nearby Mesa. (Photo courtesy of Gene Warne) 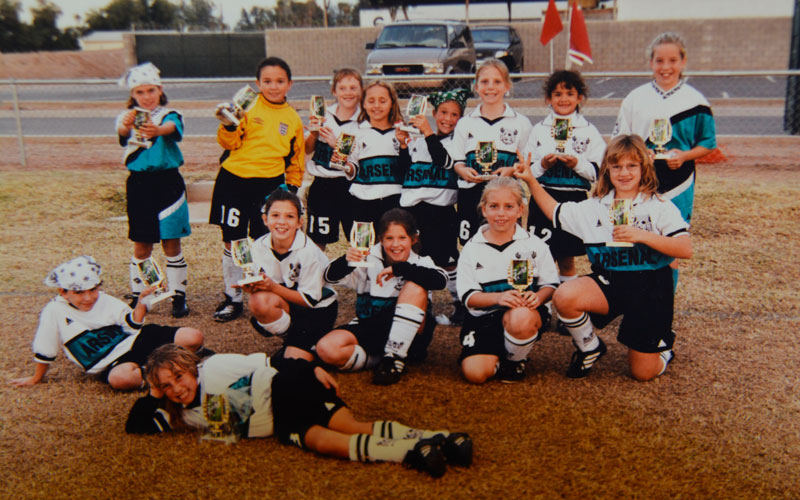 Julie Johnston (third from top right) started her soccer career as a child growing up in Arizona. (Photo courtesy of Gene Warne) 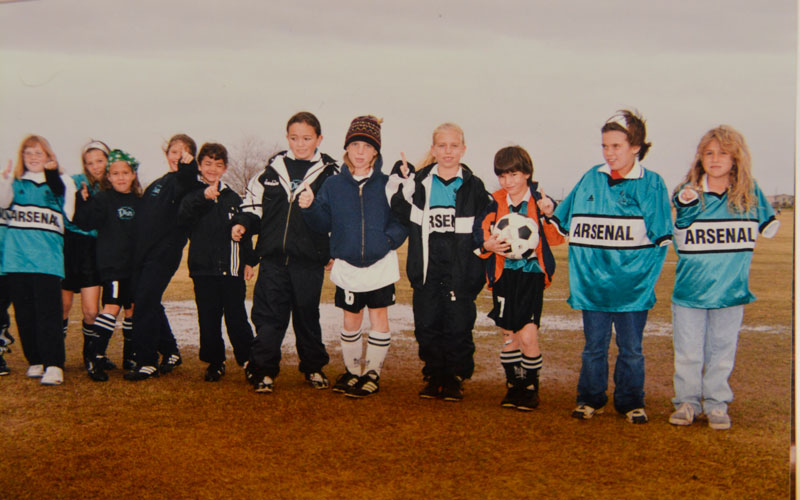 Julie Johnston (fifth from right) is remembered by Sereno’s David Robertson as being “super competitive and a great teammate.” (Photo courtesy of Gene Warne) 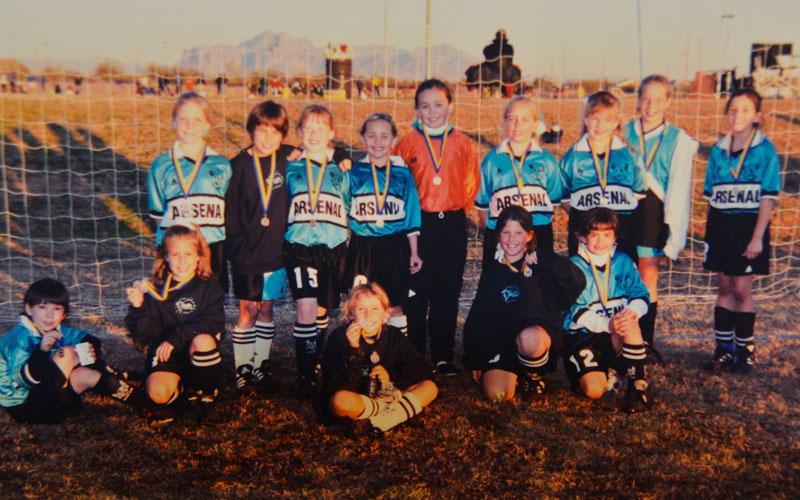 The move is named for Mesa native Julie Johnston, a defender for the U.S. Women’s National Soccer Team set to play Sunday against Japan in the 2015 FIFA Women’s World Cup final.

Johnston has played every minute of the team’s six games in the tournament thus far. The FIFA Technical Study Group named her the FIFA Player of the Match on June 16 in the U.S. game against Nigeria. Johnston kept the score 1-0 by stopping opponent Asisat Oshoala on a breakaway that could have tied the match.

In the team’s quarterfinal match against China, she assisted on the lone U.S. goal en route to a 1-0 win.

Dan Wolf coached Johnston from ages 10 to 12 for Gilbert Arsenal Soccer Club, now known as Arizona Arsenal Soccer Club. Wolf named “The Jules” after Johnston, which he has continued to teach to young players following in her footsteps.

“She really latched on to dribbling,” Wolf said. “She would learn a move and practice that move over and over until she had it.”

Arsenal Soccer coach Bob Lawrence recalled 10-year-old Julie sitting on his lap at Barney Park when her girls’ team would scrimmage against his former boys’ team.

“I mostly remember how outgoing she was and how even at 10, 11 years old, she could carry on a conversation like she was an adult,” Lawrence said.

Ray Perkins, Johnston’s vice principal at Dobson High School, said she was an all-around student while attending. He laughed when remembering how competitive she also used to be.

“I remember one year she didn’t get to play the final minutes of a powder puff game and boy, was she mad,” he said.

Johnston volunteered as a student athletic trainer for her four years at Dobson High School but never played for the girls’ soccer team. She was playing on the fields of Sereno Soccer Club instead.

Johnston played with Sereno for six years before leaving her hometown to play for Santa Clara University.

One thing that sets Johnston apart from her teammates this World Cup is that she is the second youngest player on the team after midfielder Morgan Brian.

“The only way to get experience is to do it,” Robertson said. “Fail and learn. Experiential knowledge is the best way to learn. … She is ready.”

Johnston first joined the U.S. soccer program in 2006 when she attended a National Identification Camp at 14. She continued to play for several youth national teams and was the captain of the U.S. team during the 2012 FIFA U-20 Women’s World Cup.

Robertson said she also had a phenomenal first year in the National Women’s Soccer League. After the Chicago Red Stars selected her third overall in the NWSL Draft, she started all 21 games she played. The 23 year old scored two goals and two assists and was nominated for the 2014 NWSL Rookie of the Year.