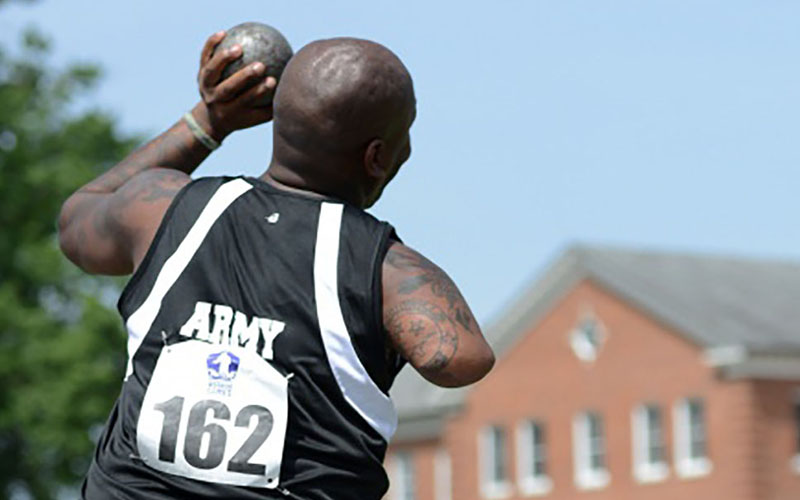 An Army athlete competes in the shot put during Tuesday’s field events at the 2015 Warrior Games being held at Marine Corps Base Quantico, Virginia. (Lisa Ferdinando/Army News Service)

Spc. Terry Cartwright, a native of Safford, meets Senate Majority Leader Mitch McConnell during a visit to the Capitol as part of the 2015 Warrior Games, in which Cartwright is competing. (Photo by Nick Wicksman) 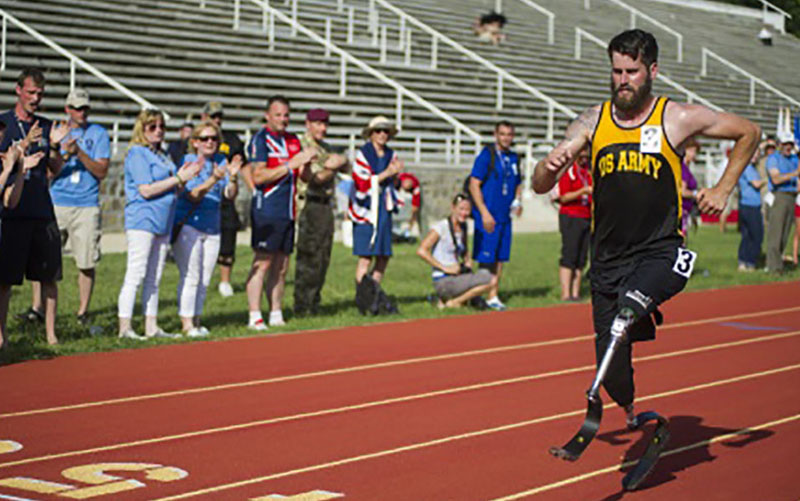 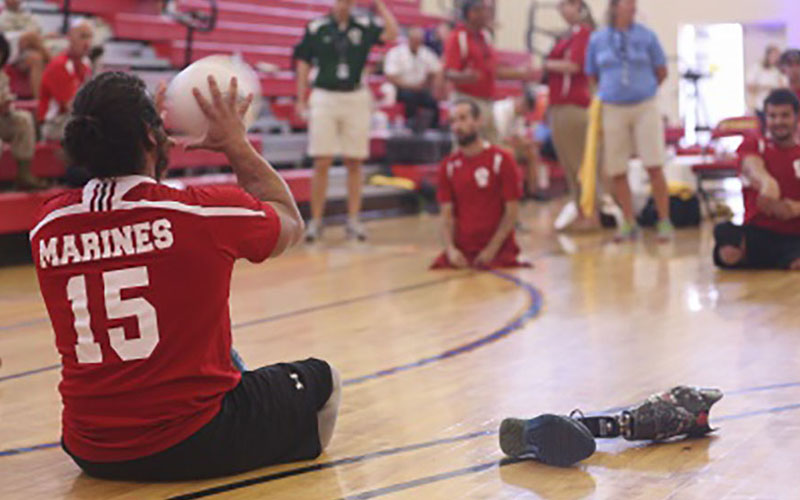 Marine Corps veteran Eric Rodriguez warms up for a seated volleyball game Thursday at the 2015 Warrior Games. Rodriguez is a member of the All-Marine Team at the games. (Cpl. Mark Watola/USMC) 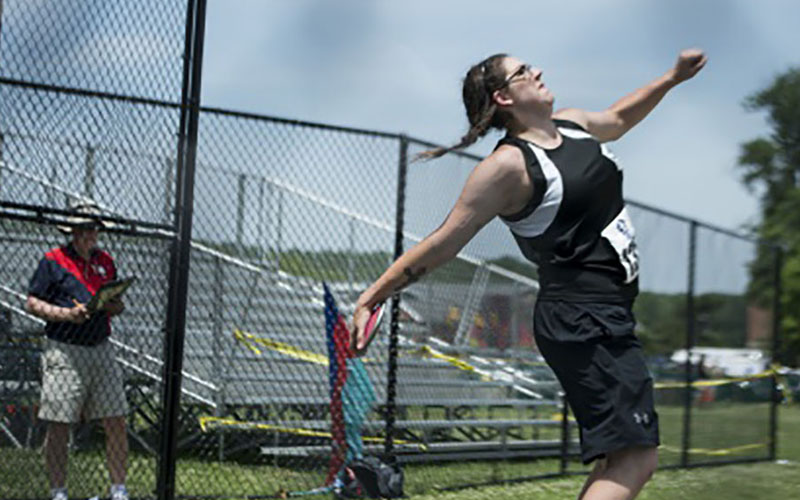 The Army specialist is competing in multiple events this week in the 2015 Department of Defense Warrior Games, weeklong games that pit 250 athletes representing all branches of the military against one another.

Cartwright is one of 11 athletes in the games that are being held at the Marine Corps Base in Quantico, Virginia, who listed an Arizona hometown, said Victoria Long, a Marine Corps spokeswoman who is dealing with the games.

Athletes from the U.S. Army, Navy, Air Force, Marine Corps and Special Operations Command, as well as the British armed forces, compete for medals in everything from track events to wheelchair basketball, archery to rugby.

As of Friday afternoon, Army had the overall medals lead, 41 to 33 over the second-place Marine Corps, in the games that run through Sunday.

The Warrior Games started in 2010 as “a competition for wounded, ill and injured service members and veterans held annually,” according to the U.S. Paralympics website. The games had been hosted at the U.S. Olympic Training Center in Colorado Springs, Colorado, until moving to Quantico this year.

Many of the athletes were on Capitol Hill Wednesday to take a group photo and hear from elected officials, including House Speaker John Boehner.

But that was not the best part of the trip for Cartwright, who is currently stationed at the Warrior Transition Battalion at Fort Belvoir, Virginia, according to his warrior bio page.

Cartwright said his main goal for the events was to gain a greater sense of camaraderie with his fellow participants.

Cartwright was on Christmas leave in December 2013 when he was rear-ended while driving a friend home from work. His car rolled three times and wrapped around a tree. The driver that hit him did not stop.

Although Cartwright did not break any bones, most of his muscles were damaged, smashed or torn and he was temporarily paralyzed. Doctors told him he would likely never run again.

A realization that was more psychologically painful than physically for Cartwright, who had qualified for state in track all four years of high school.

“It hit me very hard, more mentally than physically,” he said. “But I’ve always been a stubborn person so I just told myself to keep trying.”

Nearly a year after the accident, and hundreds of hours at physical therapy, Cartwright got into the Warrior Transition Unit. The Army says the unit provides “personalized support to wounded, ill and injured soldiers” to help them transition back to service or into civilian life.

It was there that Cartwright was introduced to the Warrior Games. He qualified for the games at the 2015 Army trials at Fort Bliss in March and has been competing this week in track, sitting volleyball and wheelchair basketball.

While some athletes’ goals may be to get gold, for Cartwright there’s more.

“Medals are medals … but you can’t make any better friends” than you can at the games, he said.