Prescott resident Kayla Mueller was 26 when she was kidnapped in Syria by ISIS militants in August 2013. She died in February while in ISIS custody. (Photo courtesy CNN) 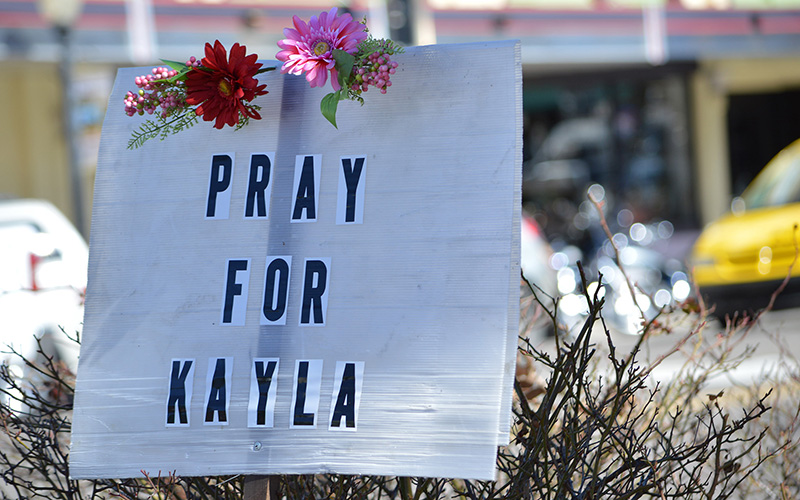 A sign in Prescott urges support for Kayla Mueller, who died in February while a hostage of ISIS. A new White House policy aims to help the government better deal with families of hostages. (Photo by Hunter Marrow) 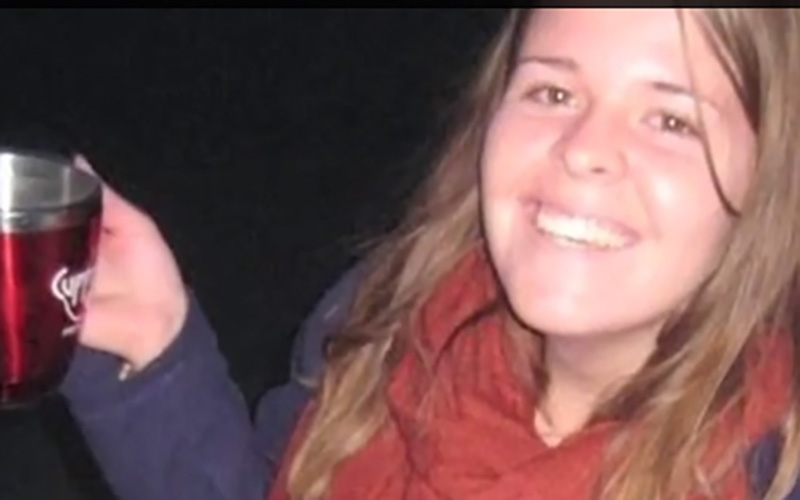 Kayla Mueller was in Syria doing humanitarian work when she was taken hostage in 2013. In letters to her family, she noted her faith in God and wrote that “even in prison, one can be free.” (Photo courtesy Mueller family)

WASHINGTON – The White House on Wednesday announced a new policy on how it deals with foreign hostage-takers and “in particular its interaction and communication with families whose loved ones have been taken hostage.”

The administration’s new plan for coordinating the government’s response to hostage-taking includes:

The Mueller family did not immediately respond to request for comment on the White House policy change Wednesday.

Obama had ordered a review of U.S. policy on hostages in December. In unveiling the results of that review Wednesday, he said more than 80 Americans have been taken hostage since 9/11 and more than half had come home – and “tragically” some had not.

The new policy reaffirms the government’s long-standing insistence that it will not make concessions to hostage-takers, because of the belief that paying ransom only encourages the taking of more American hostages.

But the White House Report on Hostage Policy calls for sharing more information and creating better lines of communication between hostage families and the federal government.

It calls for the creation of a Hostage Response Group and a Hostage Recovery Fusion Cell, which would both enable senior officials across the government to better collaborate on developing hostage recovery plans. The directive would also establish a new position of a point person to deal specifically with hostages’ families.

“I thank them for sharing their experiences and their ideas with our review team,” Obama said, according to a White House transcript of his remarks. “In fact, many of the changes that we are announcing today are a direct result of their recommendations.”

Obama also said he had just spent time with some of the families in “a very emotional meeting” at the White House.

Rep. Paul Gosar, R-Prescott, had been critical of the administration’s handling of the Mueller crisis, but said Wednesday that he supports efforts by the administration to better engage the families of hostages.

“In the wake of increased kidnappings of American citizens abroad – including Prescott, Arizona, native Kayla Muller – I am supportive of efforts to re-examine how the government works with victims’ families during hostage situations,” Gosar said in emailed statement.

But he also criticized what he called “drastic inconsistencies in this administration’s foreign policy.”

“In the past year alone, the president has said the United States does not negotiate with terrorists, yet he acted to trade five senior Taliban leaders for one U.S. military captive, in contravention of U.S. law,” Gosar said.

Sen. John McCain, R-Arizona, also criticized the new White House policy, saying it does not go far enough to reassure families that they will not be punished for working to free their captive family members.

“The fact that there is no clear-cut, written policy on whether those who assist in paying a ransom would be prosecuted leaves a troubling lack of clarity for families trying to get their loved ones home,” McCain said in a statement on his office website.