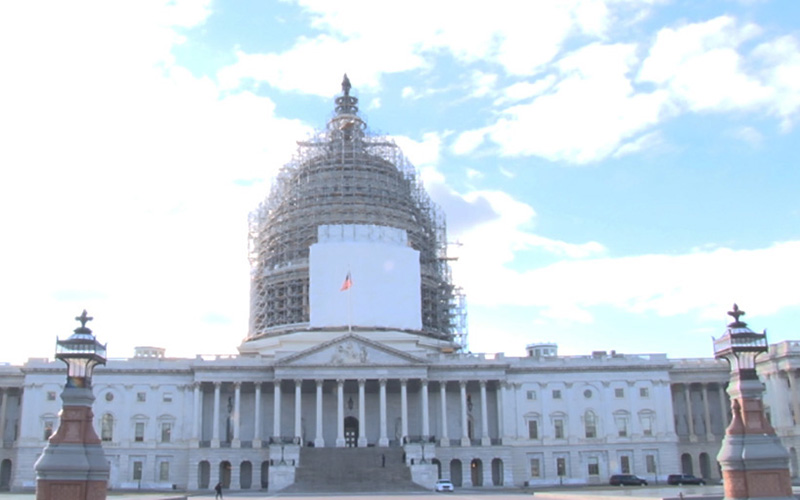 Arizona followed the rest of the House, with most Democrats supporting the plan to pull troops out of Syria and Iraq, and most Republicans opposing. The measure failed. (Photo by Nihal Krishan)

WASHINGTON – Arizona split largely down party lines as the House Wednesday rejected a Democratic proposal calling for the withdrawal of U.S. troops from Syria and Iraq.

The resolution called for the withdrawal of all U.S. forces that were deployed to the region after Aug. 7, except for those needed to protect diplomatic forces and U.S. personnel.

“This war might take a generation of war,” said Rep. Jim McGovern, D-Massachusetts, a lead sponsor of the resolution. “We’ve spent $2.7 billion on this war, 3,500 boots on the ground.

“We owe it to the armed forces if we’re going to send them into war to at least authorize this war, or stop it all together,” McGovern said during floor debate.

But Republicans said pulling out troops now would be irresponsible, when ISIS still poses a significant threat and does not appear to be going anywhere.

“The real question that the proponents of this resolution are begging is that we should do nothing, that we should withdraw,” said Rep. Ed Royce, R-California. “But that is irresponsible.

“Merely acting without a way forward is foolhardy, it’s not strategic,” Royce said. “If we were to remove all our troops, ISIS would surely become stronger and threaten our European allies, and in turn the U.S.”

But McGovern and other supporters said that the truly irresponsible thing to do it to keep troops in the region without authorization. That’s what the resolution was about, McGovern said.

“We should take some responsibility for this war, that’s all this resolution is trying to do – to force our members to make a decision on this war,” he said.

“A vote for this resolution is not a resolution to withdraw but simply to put a deadline for our Republican counterparts as to what to do with our troops in Syria,” McGovern said.

Arizona lawmakers were not available for comment on the vote Wednesday night.