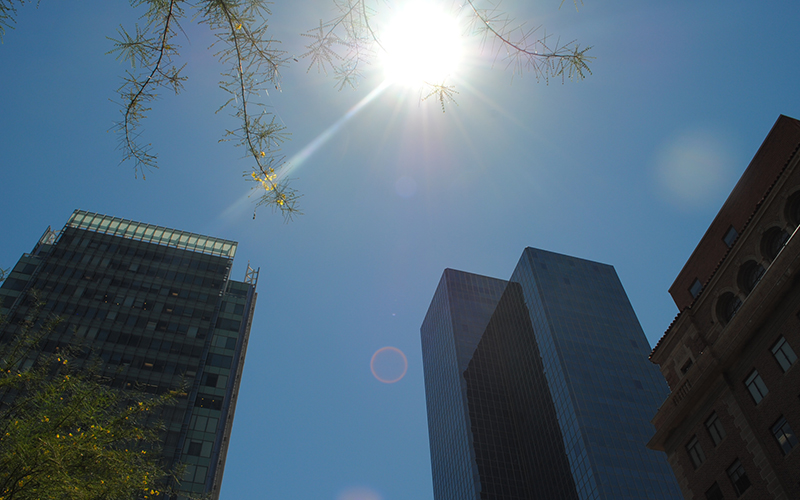 Weather fact: The hottest recorded temperature in the Valley was 122 degrees at Sky Harbor Airport on June 26, 1990. (Photo by Graham Bosch) 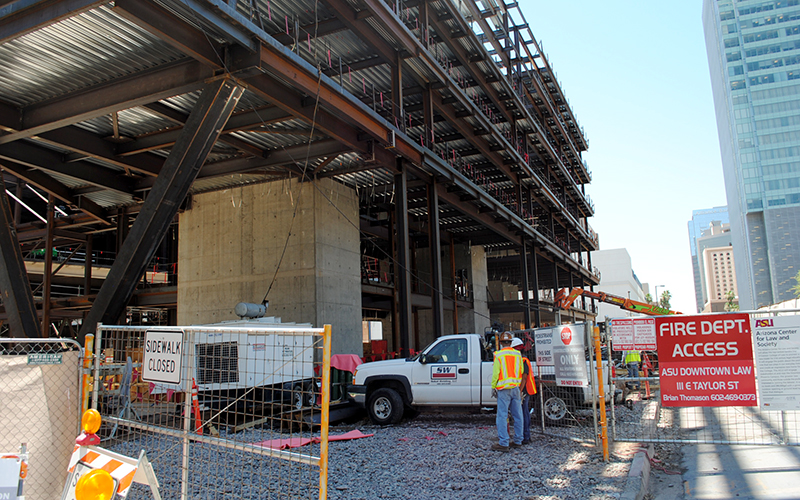 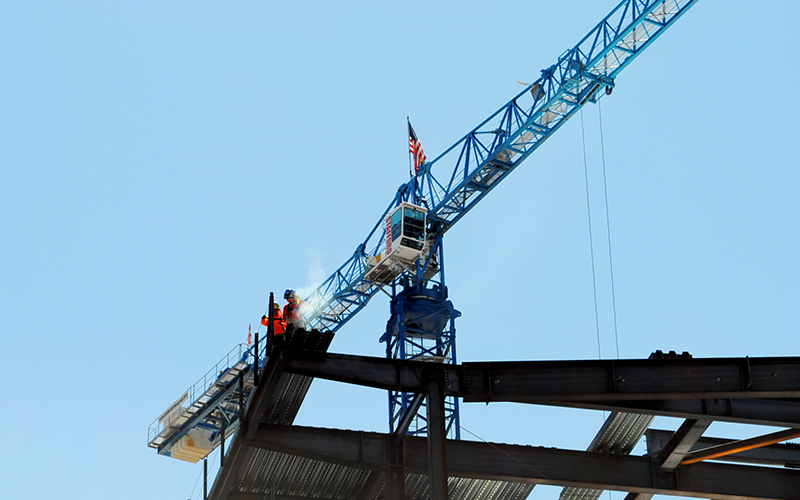 Weather fact: The greatest number of days per year in Phoenix recorded at 100 degrees or higher was 143 days in 1989. (Photo by Graham Bosch) 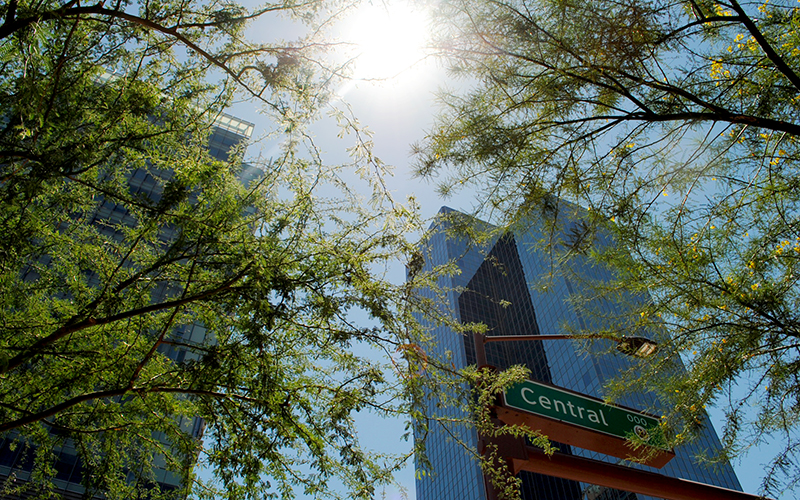 Weather fact: Most severe weather in Arizona is caused by microbursts, which are sudden, powerful air currents that create strong winds in a localized area. (Photo by Graham Bosch)

The two men – in pants, long sleeves, hard hats, and heavy boots – are completely exposed to the summer sun. The raw heat bears down on them.

“We have them drink plenty of water before they start the job,” Martinez said. “We have electrolyte tablets that they take throughout the day to help them out with their water so they won’t dehydrate.”

Martinez also makes sure the workers under his care have been briefed on the symptoms of heat-related illnesses. And an air-conditioned room inside one of the project’s trailers is set to 65 degrees to provide relief for those in danger of overheating.

People across the Valley are taking extra precautions with temperatures expected to surpass 110 degrees this week.

A late-May climate projection noted that the Valley is within an area that has a 33 percent chance of being hotter than average.

The idea of hotter-than-average temperatures could have many residents wishing for an early beginning to the summer rains. Monsoon season officially began on June 15 but storms don’t traditionally roll into the area until later in July.

StoryMap: Escape the heat with these Arizona getaway destinations

Timelapse video: Frying an egg outside in 20 minutes

Some experts anticipate an El Niño weather pattern this summer, which would likely cause the southern part of the U.S., including Arizona, to be wetter than normal. The Farmer’s Almanac doesn’t isolate El Niño as a reason, but it does suggest this summer will be “slightly rainier than normal.”

Although the rain might provide relief from the heat, the National Weather Service warns that the early storms increase the chances of potentially dangerous haboobs.

May and June are traditionally the driest months of the calendar and the need for resources – air-conditioning repair and heath care – can rise with the mercury.

Calls of that nature are deemed “demand service” calls and receive priority over tune-ups.

Wingren warns owners to shut down a unit if it is blowing warm air rather than cold. The hot air is an indication that the unit is in overdrive and collecting ice, causing a considerable delay before a technician can begin the repair.

And there are others who don’t have air conditioning. Homeless centers are scrambling to meet the needs those who can’t seek shelter from the heat.

Justa Center in downtown Phoenix helps the elderly homeless population – age 55 and over – find employment and affordable housing. It provides a number of resources on a daily basis, including laundry facilities, shower facilities, phone and computer access, and even a library.

“We have outside health care agencies that come in and make presentations to our indigent population about heat stroke and ways to keep themselves cool when [they’re] living on the streets,” said the Rev. Rock Fremont, the center’s spiritual life and housing coordinator.

The center shelters about 130 people per day, and Fremont said that while the number doesn’t usually go up in the summer, visitors tend to linger in the building longer to stay cool.

“And then, of course, [our need for] bottled water is something that drastically goes up during the summer months,” Fremont said. “I couldn’t even begin to tell you … how many bottles of water we go through.”