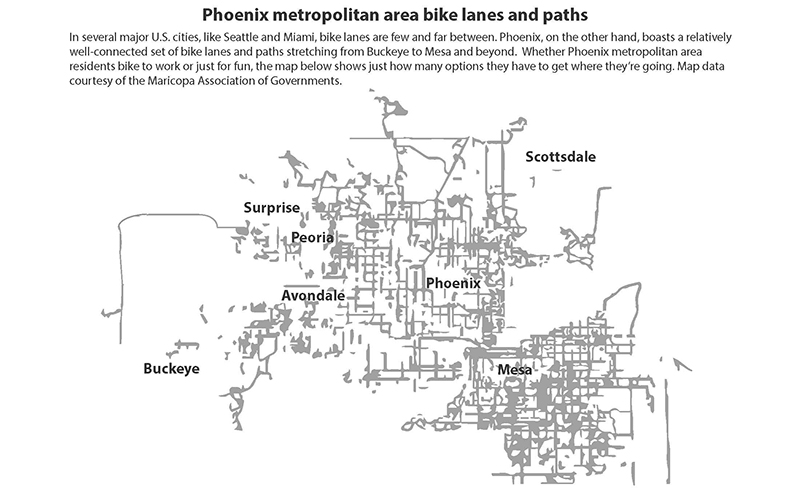 By comparison, Phoenix boasts a well-connected set of dedicated bike paths and lanes, according to analysis of data provided by the Maricopa Association of Governments.

Bike lanes and paths connect heavily populated areas from Surprise to Mesa, despite the Phoenix metropolitan area being a notable example of urban sprawl in the United States. The bike lanes extend as far west as Buckeye and as far north as Cave Creek, though they are less densely connected in these far-reaching areas.

The map does not include off-road recreational trails, paved shoulders or multi-use paths.

A similar map of Washington D.C. displays a number of short bike paths that rarely connect to one another, according to an illustration created by the Washington Post’s Wonkblog. Boston’s bike lanes line major roads but fail to run through smaller streets. It is Miami, however, that presents the least-connected system of bike lanes and paths.