Melissa Van Hook, a mother of two children with autism and co-founder of the East Valley Autism Network, said too many parents of students with disabilities have called her to report children being secluded and restrained at school.(Photo by Mark Mingura) 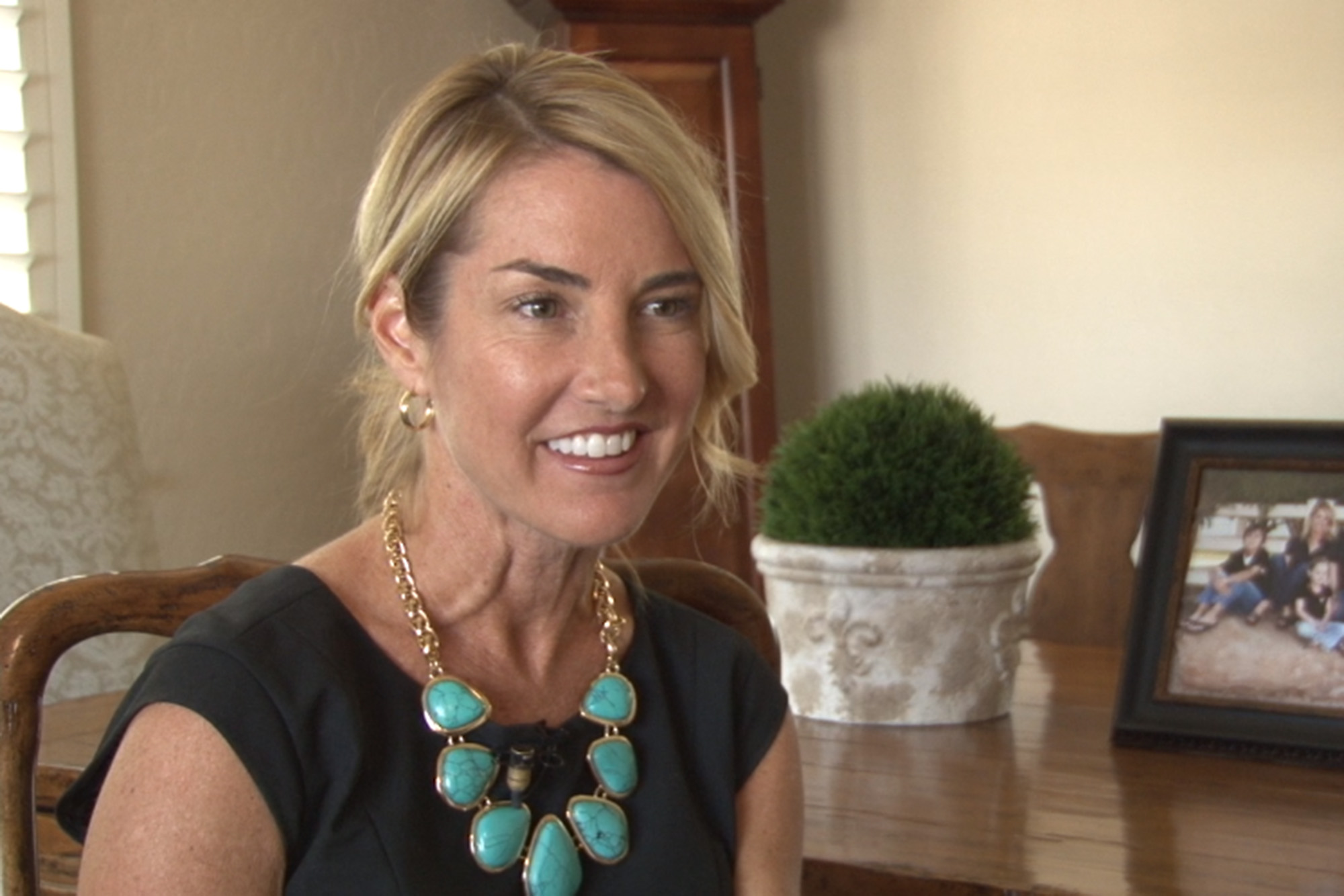 Melissa Van Hook, a mother of two children with autism and co-founder of the East Valley Autism Network, said too many parents of students with disabilities have called her to report children being secluded and restrained at school.(Photo by Mark Mingura)

“‘My 5-year-old-child came home with a handprint bruise on their stomach,’ ‘My 8-year-old has got rug burns on him,’ ‘My child came home – they’re non-verbal, they’re crying, I can’t get them out of their room,'” she said. listen

A 2014 report by the U.S. Department of Education Office of Civil Rights found that students covered by the Individuals with Disabilities Education Act were disproportionately restrained and secluded and that Arizona schools are above the national average when it comes to restraining students in that group.

“The issues of seclusion and restraint – this is a health and safety issue first and foremost for children,” Van Hook said.

Van Hook and Holly Reycraft, fellow co-founder of the East Valley Autism Network, took their concerns to Sen. Kelli Ward, R-Lake Havasu City, who authored legislation that led to a new law defining and limiting the use of restraint and seclusion techniques on any student.

“That’s why we’re bringing it: so that we can protect our kids and make sure that we get student success and student achievement,” Ward told the Senate Education Committee, which she chairs.

Ward’s bill, signed by Gov. Doug Ducey, calls for restraint and seclusion to be used only in situations in which students exhibit behavior that “presents an imminent danger of bodily harm to the pupil or others.”

Van Hook said the definitions of appropriate use are key, as there are situations when restraint may be necessary.

The use of restraint and seclusion was brought to the forefront after the U.S. Government Accountability Office released a report in 2009 detailing cases of abuse and deaths among children following the use of the techniques.

The report found “no federal laws restricting the use of seclusion and restraints in public and private schools and widely divergent laws at the state level.”

The report by the U.S. Department of Education Office of Civil Rights, based on data from the 2011-2012 school year, said that students served by the Individuals with Disabilities Education Act represented 12 percent of the student population in Arizona but 77 percent of those physically restrained.

It defines mechanical restraint as “the use of any device or equipment to restrict a student’s freedom of movement.” Physical restraint reduces a student’s ability to move freely, and seclusion is “the involuntary confinement of a student alone in a room or area that the student is physically prevented from leaving.”

At present and even under the new law, schools and school districts aren’t required to report incidents in which restraint or seclusion are used to the Arizona Department of Education.

Districts are required by state law to develop policies and must “make reasonable attempts to notify the pupil’s parent or guardian in writing by the end of the same day that confinement was used.”

Charles Tack, spokesman for the Arizona Department of Education, said the agency hasn’t heard of districts that are concerned about the new law.

“A lot of these districts – the requirement is actually not that different from what was already in place,” he said.

“It’s more changing the scope of a policy that is already been in place due to another law, and speaking with them. The parent contact requirements in the new law are not actually that drastically different from the previous law.”

Both Reycraft and Van Hook said they are optimistic about the benefits of the change.

“What I’m expecting is a huge reduction in incidents – huge reduction, because they can no longer do it for noncompliance,” Reycraft said “They can only do it for danger to self or others.”

Still, they said the law could have more teeth.

In a letter explaining his decision to sign SB 1459, Ducey said the law would benefit from considering protections for “well-intentioned individuals acting in good faith in emergency situations.”

Van Hook said she disagrees with the governor.

“If you give them immunity you’re basically saying, ‘Take my child, it doesn’t matter, you have permission to hurt them and nothing happens.’ It’s not OK,” she said.

Richard Murphy, a Phoenix lawyer who represents students with disabilities and their families, said the law is a good first step toward addressing problems with restraint and seclusion. listen

Still, Murphy said that he would have liked to see the law focus more on training school staff.

“It says trained personnel should be the ones that do the restraint, but oftentimes what happens is the training that’s given is restraint training,” he said. “And if you’re trained on how to do restraints and you’re not trained on all of the other things that you could be trained on – de-escalation, dealing with the students behaviors to try and stop them before they get to that point.”

Hope Kirsch, a special education attorney and 18-year special education teacher and administrator, called the law “a grand step” toward understanding what goes on in school and bringing attention to the topic of restraint and seclusion.

“What happens is the testimony of so many parents before the Arizona Legislature is that so many of the legislators stated, ‘I didn’t even know that this existed.’ So, it brings a greater awareness and means that parents can now say, ‘I want to see this room,'” she said.

Larry Clausen, executive director of the Arizona Developmental Disabilities Planning Council, an independent state government entity that advocates for those with developmental disabilities, said between 30 and 40 school districts have policies offering alternatives to restraint and seclusion. Called Positive Intervention Behavior and Supports, or PIBS, it focuses on reinforcing positive behavior.

“Across the country, schools that implement PBIS essentially change the culture of the school, so it’s really not appropriate for restraint and seclusion to be used once PBIS is in place,” he said.

Clausen said a good next step for Arizona would be focusing on collecting data about the use of restraint and seclusion.

“Ideally, it would be nice to be able to track at a baseline how much maladaptive behavior is occurring in the school and how often restraint and seclusion has to be used,” Clausen said.