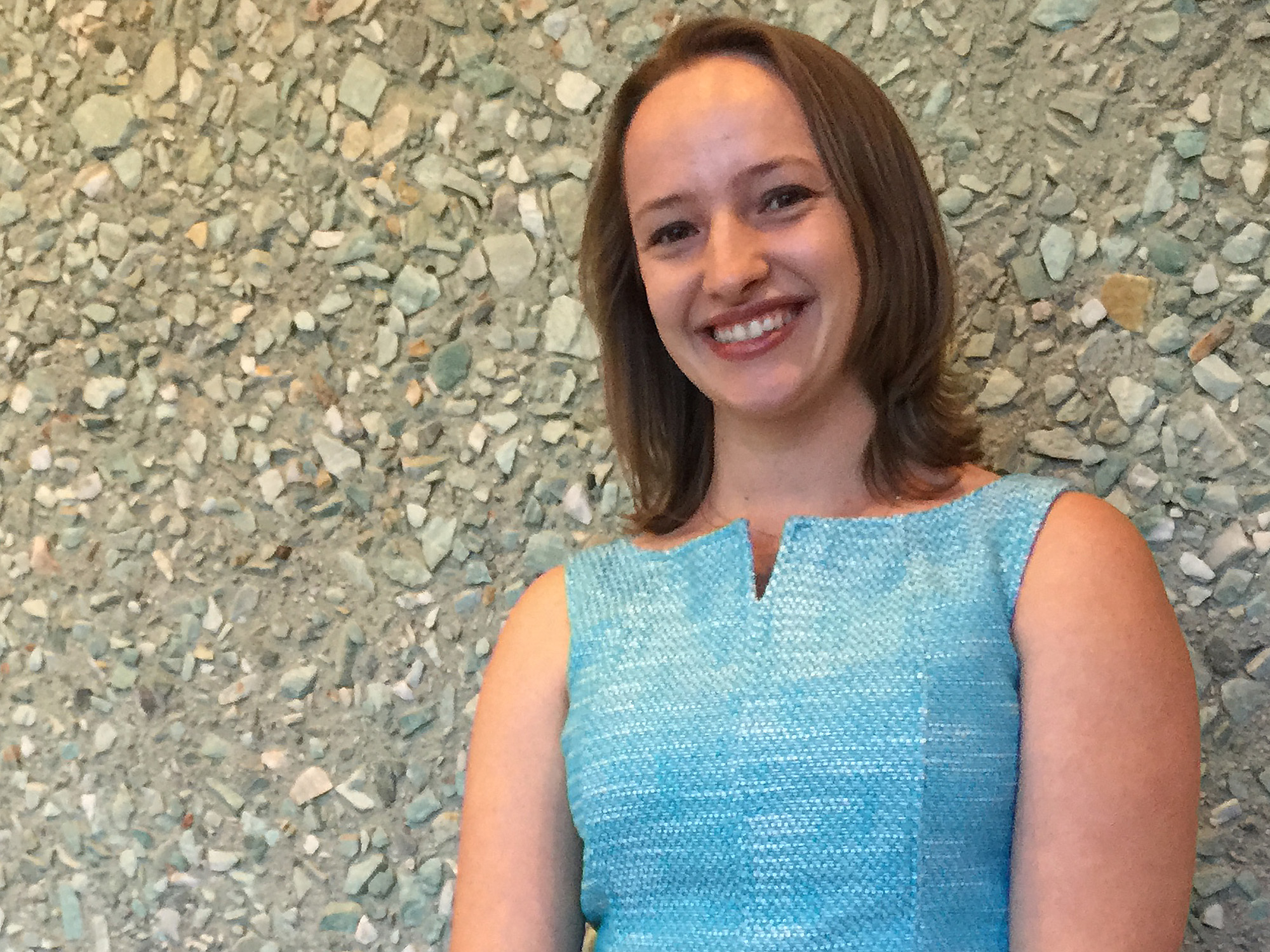 Rachel Cheeseman, regional marketing coordinator for the Arizona Community Foundation, said organizers of the Water Consciousness Challenge want everyone to know that water is a priority for Arizona’s future. (Photo by Samantha Shotzbarger)

A collaboration of the University of Arizona’s Water Resources Research Center, College of Agriculture and Life Sciences and Arizona Public Media beat out four other finalists in the Water Consciousness Challenge, which seeks ways to better engage the public.

Under the banner Beyond the Mirage, the winners pitched a website allowing users to explore video clips the team gathered on water and conservation. They will be able to use those clips to create documentaries shared through social media.

Cody Sheehy, video coordinator for the UA’s College of Agriculture and Life Sciences, said young people like to build and participate in information.

“It’s a new way of thinking about communicating with younger people who like to engage, who are very creative and like to seek content,” he said.

The New Arizona Prize, an initiative of Republic Media, Arizona State University’s Morrison Institute for Public Policy and the Arizona Community Foundation, brought in five finalists last week to pitch their plans to a group of judges.

Rachel Cheeseman, regional marketing coordinator for the Arizona Community Foundation, said organizers want everyone to know that water is a priority for Arizona’s future.

Sheehy said the UA collaboration began before the contest was announced.

“We went out to start this campaign with nothing, and we put together the team,” he said. “We needed this funding to really get rolling, and now we have it and we’re energized and we’ll be able to accomplish this.”

Support Our Schools AZ, a Phoenix-based group that advocates for public schools, was among the finalists with a plan to engage students through a viral water conservation pledge campaign. Even though that effort didn’t take home the prize money, organizers plan to move forward anyway.

“We realize, if we’re going to have a chance at giving Arizona the water it needs in the future – making a better life for our kids – we need to make sure that whatever awareness we do leads to behavior change,” she said. “The only way you get that is through peer-to-peer engaged activities that take the learning and reinforce it into actual changes.”