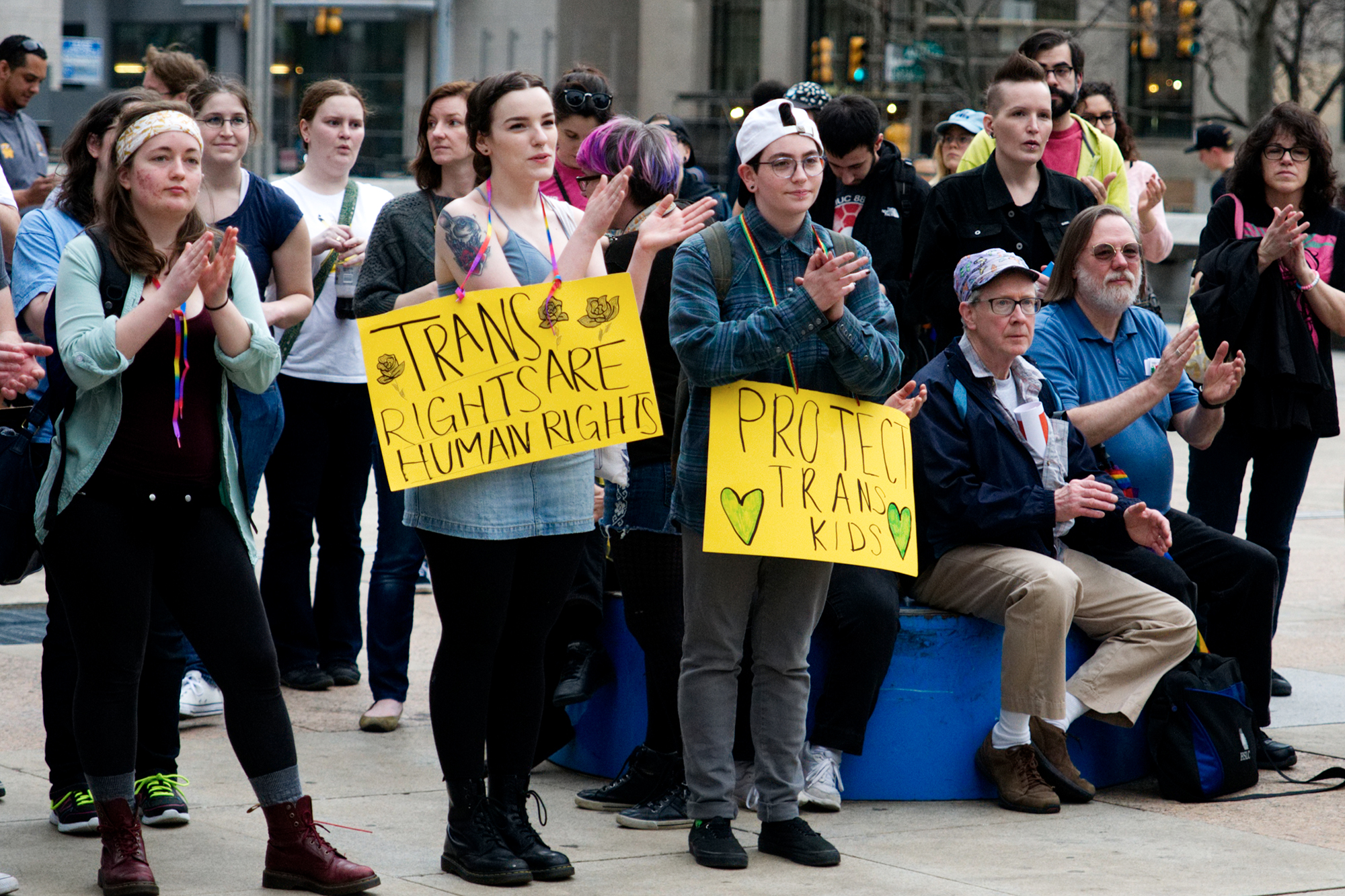 Supporters of trans rights, such as these protesters at a 2017 rally in Philadelphia, point out that studies have found trans teens are more likely to consider suicide than other teens. (Photo by Bastiaan Slabbers/NurPhoto via Getty Images)

Years ago, Howard began seeking treatment to help transition but found it difficult to find a doctor who respected the decision and Howard’s medical needs.

“I felt like I had to prove my identity,” Howard said. “Just being in a trans body … and existing in the world is already so difficult, and going to the doctor is just this whole super invasive experience.”

Legislation cropping up in statehouses across the U.S. could make that experience even more difficult.

In what advocates call an unprecedented attack on transgender people, bills proposed in state legislatures aim to restrict medical treatment to transgender youth and potentially criminalize doctors who provide it. (Video by Madison LaBerge/Cronkite News)

In at least a dozen states, including South Dakota, Florida and Ohio, bills were introduced this year to make it harder for transgender minors to get medical treatment such as puberty blockers and other hormone therapies.

Some bills proposed criminalizing doctors who provide such treatment. Florida’s measure carried a maximum penalty of up to 15 years in prison. Missouri physicians faced having their medical licenses revoked, and parents of children receiving treatment in that state would be reported to social services for child abuse.

Advocates for trans teens assert the proposals, though they’ve not become law, are part of a larger push to discriminate against transgender people. They point to other bills – including one passed by the Arizona House – that would ban transgender athletes in girls’ sports. In Arizona, that measure stalled in the Senate.

The 2020 state legislative season “has seen unprecedented attacks on LGBTQ people, and an alarming focus on bills that would harm trans youth,” Rose Saxe, deputy director of the American Civil Liberties Union LGBT & HIV Project, wrote on the organization’s website.

“These efforts are part of an orchestrated national campaign led by groups like Heritage Foundation, Alliance Defending Freedom … to demonize trans youth and drive a wedge among supporters of LGBTQ equality,” Saxe continued. “We can’t let them succeed.”

Ryan Anderson, a senior research fellow at the Heritage Foundation, disputed that.

He said the measures around medical treatment are meant to protect youth from making decisions they may later regret. He called treatments such as hormone therapy and puberty blockers experimental and unethical.

“It’s entirely appropriate for the government to say that physicians can’t perform those procedures to protect children from the abuse of medicine, the misuse of medicine,” he said. 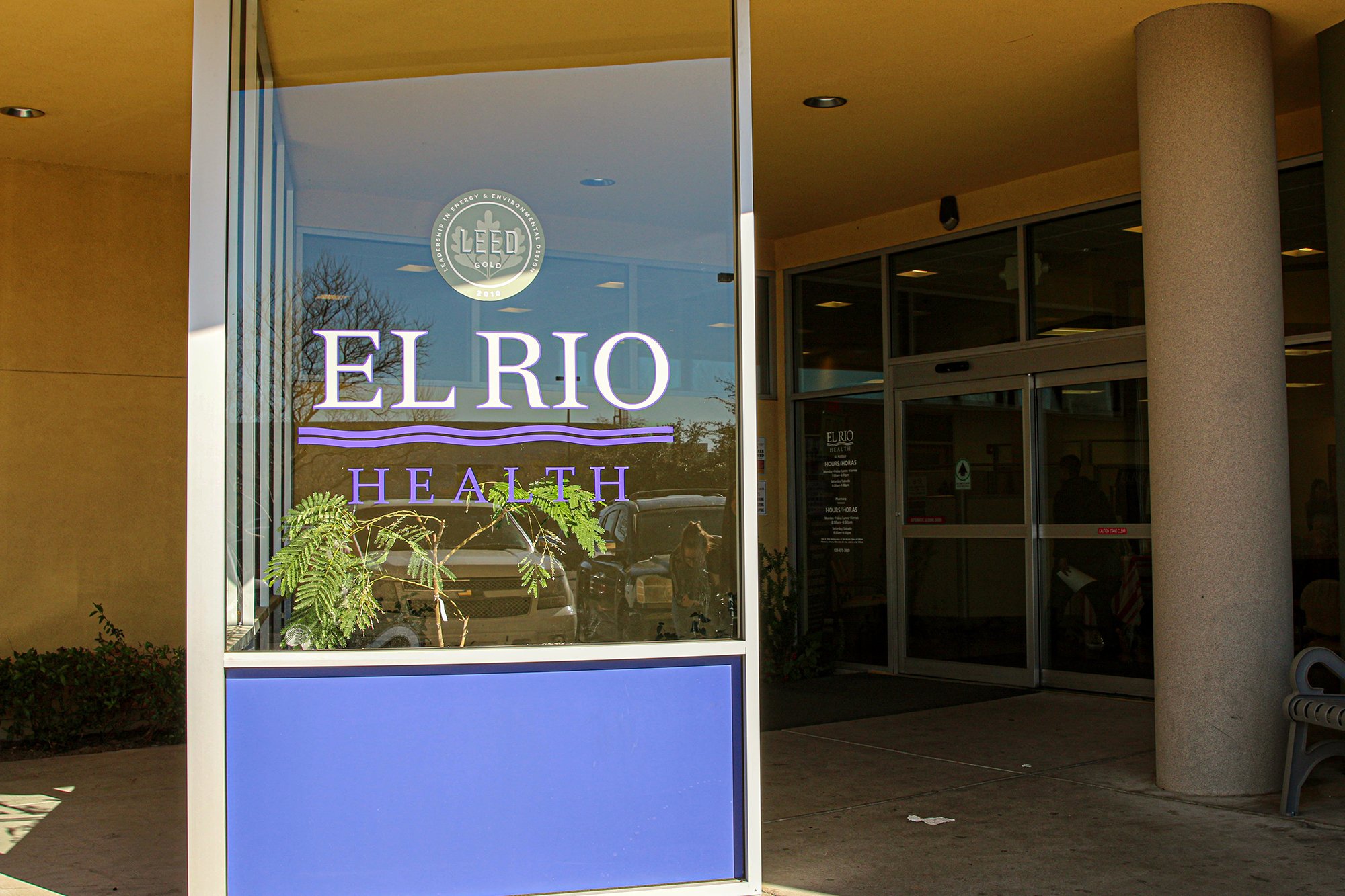 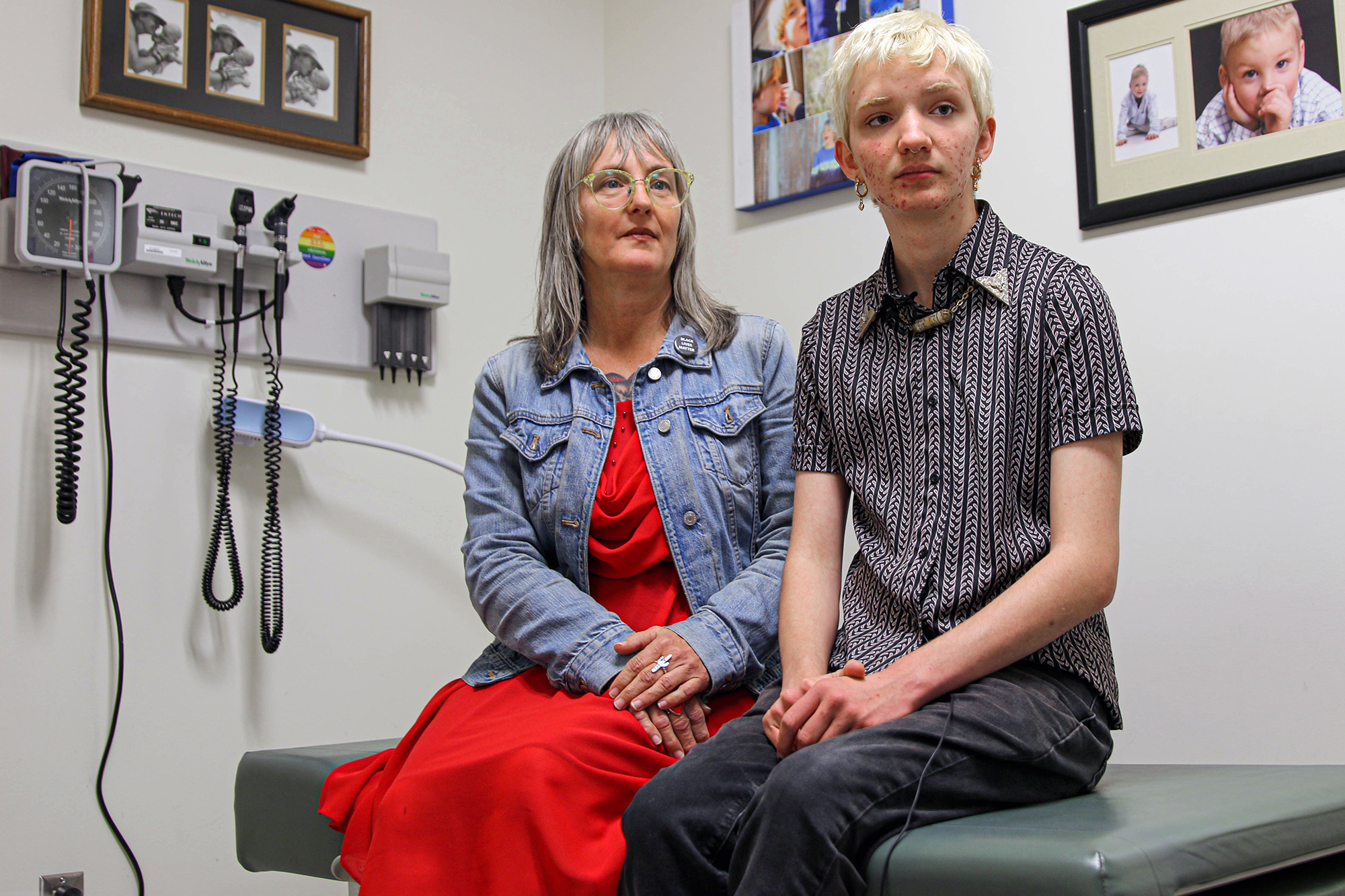 In an email, Matt Sharp, senior counsel for the Alliance Defending Freedom, said: “While approaches may differ, we should all agree that there is nothing natural or healthy about pumping kids full of puberty blockers and cross-sex hormones.

“Children should not be pushed to receive experimental treatments that can leave them permanently sterile and physically marred for life.”

Fran Howard, with the support of their mother, sought medical treatment at age 13 after questioning their gender identity. They found help at El Rio Health. After consultations, treatment started with puberty suppression and has progressed to testosterone.

“Before transitioning, my mental health was in a really terrible place. … Nobody saw me as who I was. I didn’t see myself as who I was,” Howard said.

“Being able to transition has saved my life, and the fact that that is being challenged for other people is very frightening, because many people will not be able to survive.”

“This is really about building a safe environment for trans individuals and their family,” she said.

Cronyn initially had planned to launch a program for the children of lesbian, gay and bisexual parents. But after posting a note on Facebook, he heard about a different need: appropriate primary care for transgender kids whose pediatricians wouldn’t call them by their preferred names or pronouns or tried to convince them their gender assignment at birth was appropriate.

“The kids we see will usually have been talking to their parents about gender at home for six months to a year before they even consider talking to a doctor about it,” he said.

Cronyn works with patients’ parents to educate them about gender dysphoria, a condition in which people feel a conflict between the gender assigned them at birth and the gender they identify with. 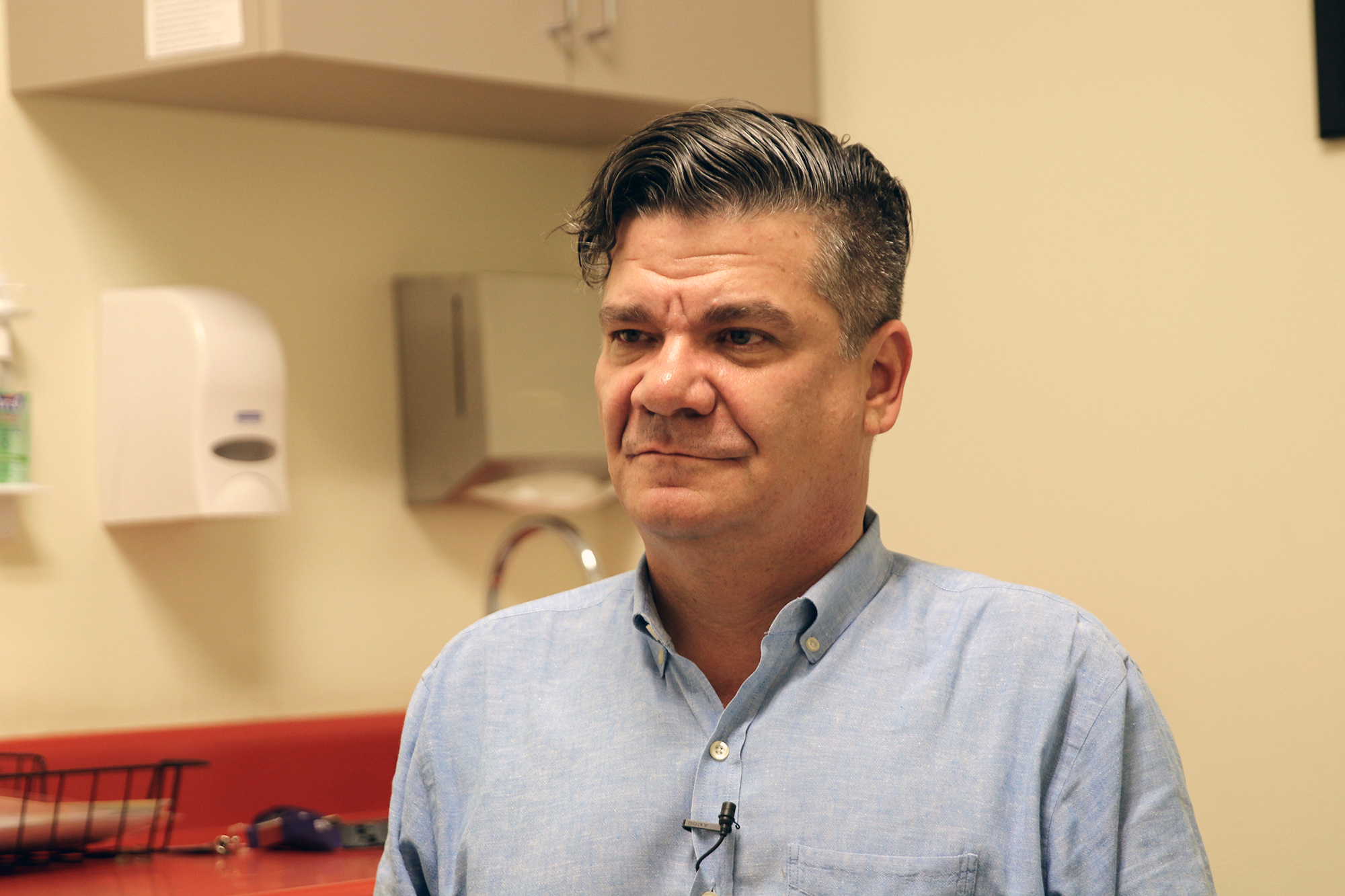 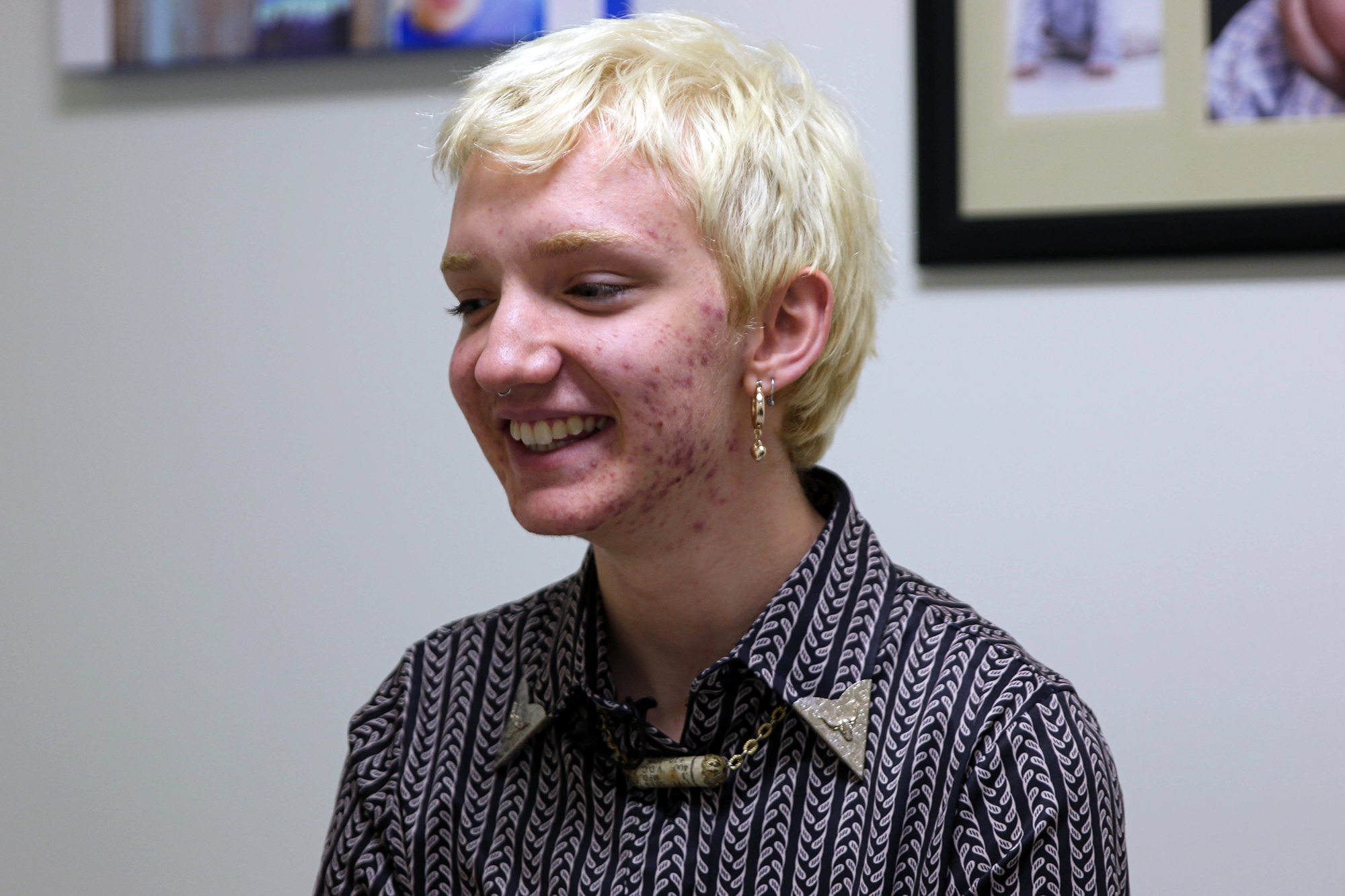 For those beginning puberty, treatment may include drugs that inhibit or delay puberty. For older teens who have been “persistent, consistent and insistent about their gender identity,” Cronyn said, hormone therapy may be prescribed.

According to the Mayo Clinic, puberty blockers do not cause permanent changes in an adolescent’s body, and puberty can resume if the treatment is stopped.

“A lot of people worry … you’re blocking it and you’ve changed their life completely,” Cronyn said. “And the truth is we haven’t. If they say, ‘This isn’t the right road for me,’ then we can stop the medicine and their puberty starts right where it was before.”

Cronyn and other experts said they worry about efforts to try to restrict such care and the potential effects on the emotional health of transgender children.

Research published last year by the American Academy of Pediatrics found that transgender youth are more likely to consider suicide than other teens. The study found 34% of transgender adolescents reported experiencing suicidal ideation in the past year, while 61% reported having suicidal thoughts over their lifetime.

Alex Keuroghlian is an associate professor of psychiatry at Harvard Medical School, director of the Massachusetts General Hospital Psychiatry Gender Identity Program and also directs the National LGBT Health Education Center, a federally funded effort to improve health care for LGBTQ people. He co-authored a study published earlier this year in the journal “Pediatrics” showing a decrease in suicidal ideation among trans youth who had access to puberty blockers.

“What we tell families is that in order to have a child who is healthy and happy and thrives, you need to affirm them in their gender identity, and these medical therapies help with that,” Keuroghlian said. “It’s not a decision that’s made thoughtlessly by patients’ families or their medical providers.”

Research has found that among those who do seek to transition, a minority later change their minds. A 2015 survey of 28,000 people conducted by the National Center for Transgender Equality found 8% of respondents reported reversing their gender transition, and 62% of those who detransitioned did so only temporarily.

“I personally can’t imagine that without the support of my family, and without medical intervention, that I would still be here today – and that is true for a lot of kids,” Howard said. “For a trans person, this isn’t the same as dyeing your hair color. … It’s being yourself. And to be denied that, it completely takes away somebody’s human rights. People will die.”