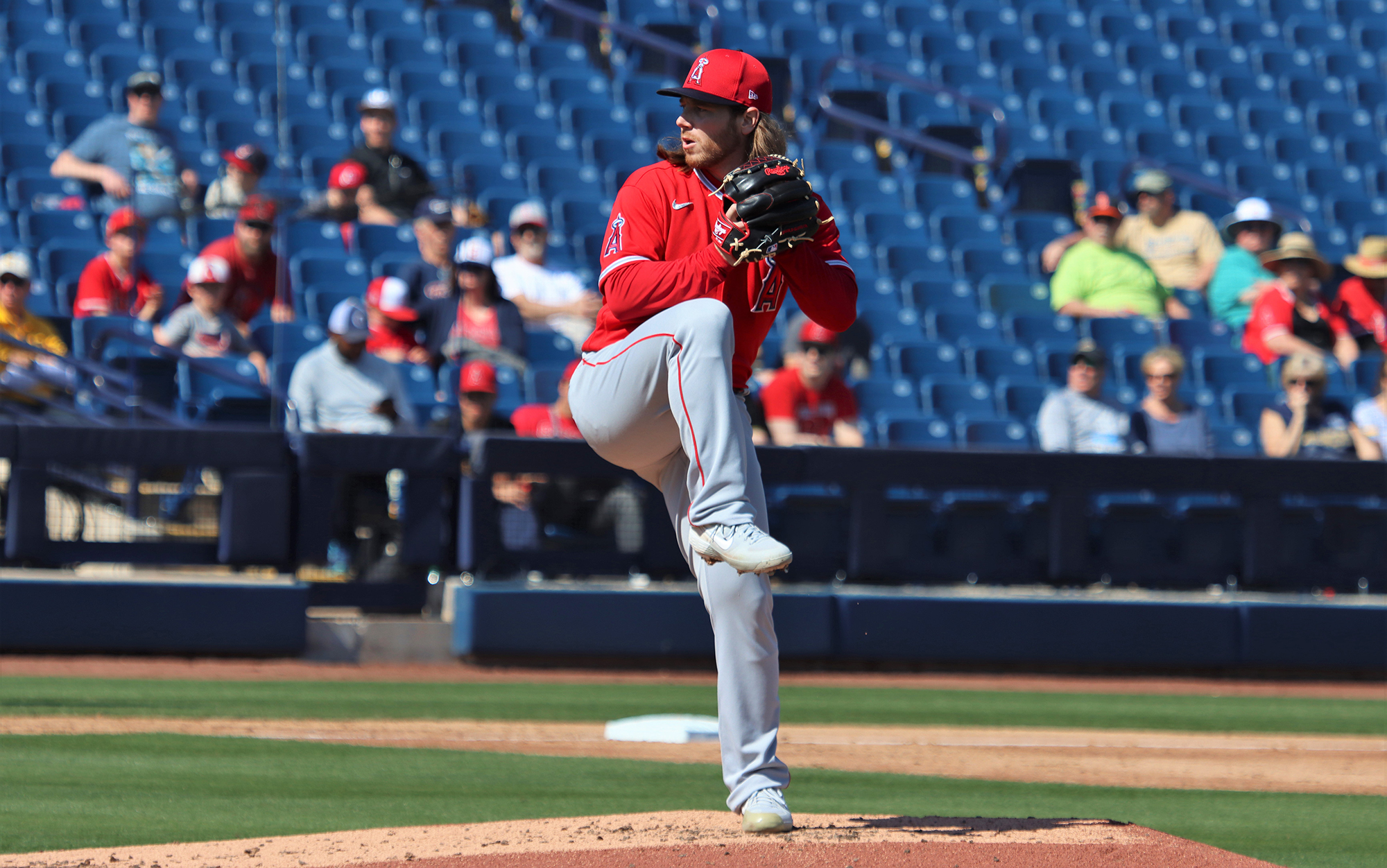 If Major League Baseball follows through on a plan to contest the 2020 season at stadiums in Arizona and Florida without fans, Los Angeles Angels pitcher Dillon Peters will have even more empty seats behind him than he did in this Cactus League appearance. (Photo by Reno Del Toro/Cronkite News)

PHOENIX – As the world wages war with the COVID-19 pandemic, traditional institutions are adjusting to a new normal. The phrase “social distancing” has entered the modern lexicon, and “flattening the curve” isn’t something from the dictionary of baseball jargon.

Nobody knows when games will begin again, or whether fans will even be allowed to watch them except from the safety of their smart TV. Athletes and teams are trying to remain connected with fans, playing esports video games, doing remote interviews and remaining active on social media.

But we can still glimpse back at the images of spring training we hold dear. And when we do, we can almost hear the pop of baseballs in mitts and the bark of a beer vendor’s pitch. We can just about smell the freshly mowed grass on an outfield berm or the hot dogs sizzling on a grill.

At least we had three weeks of spring training. Remember? 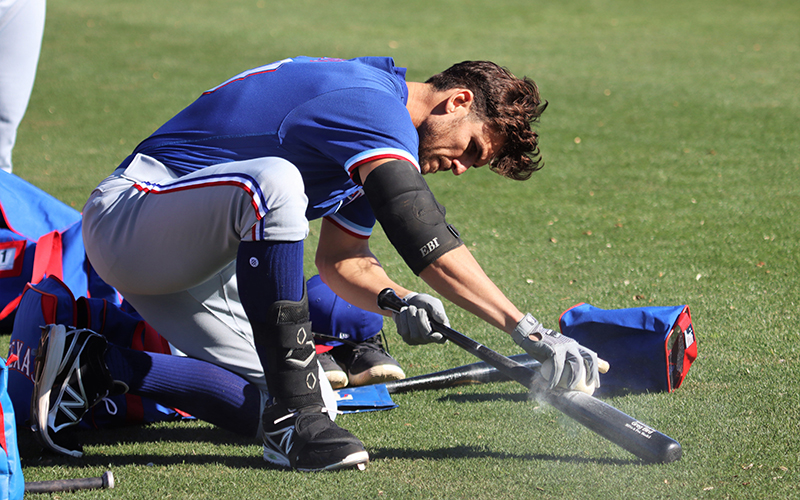 Texas Rangers first baseman Greg Bird might not have to pack up his bats if the 2020 baseball season is played in one or two states. USA Today baseball columnist Bob Nightengale reported that baseball is considering radical realignment using stadiums in the Grapefruit and Cactus leagues, which would group teams based on their spring training homes instead of their division and league. (Photo by Reno Del Toro/Cronkite News) 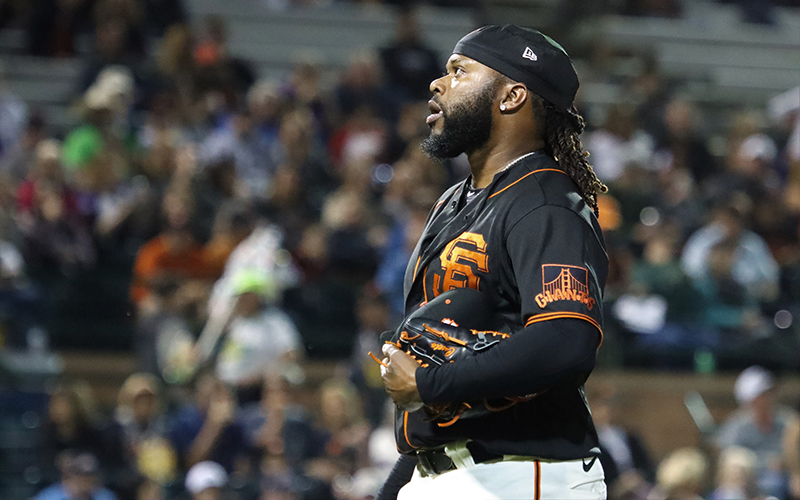 Johnny Cueto and the San Francisco Giants played before packed grandstands at Scottsdale Stadium during spring training, and Major League Baseball has discussed the possibility of playing the 2020 season at spring training ballparks in Arizona and Florida. (Photo by Reno Del Toro/Cronkite News) 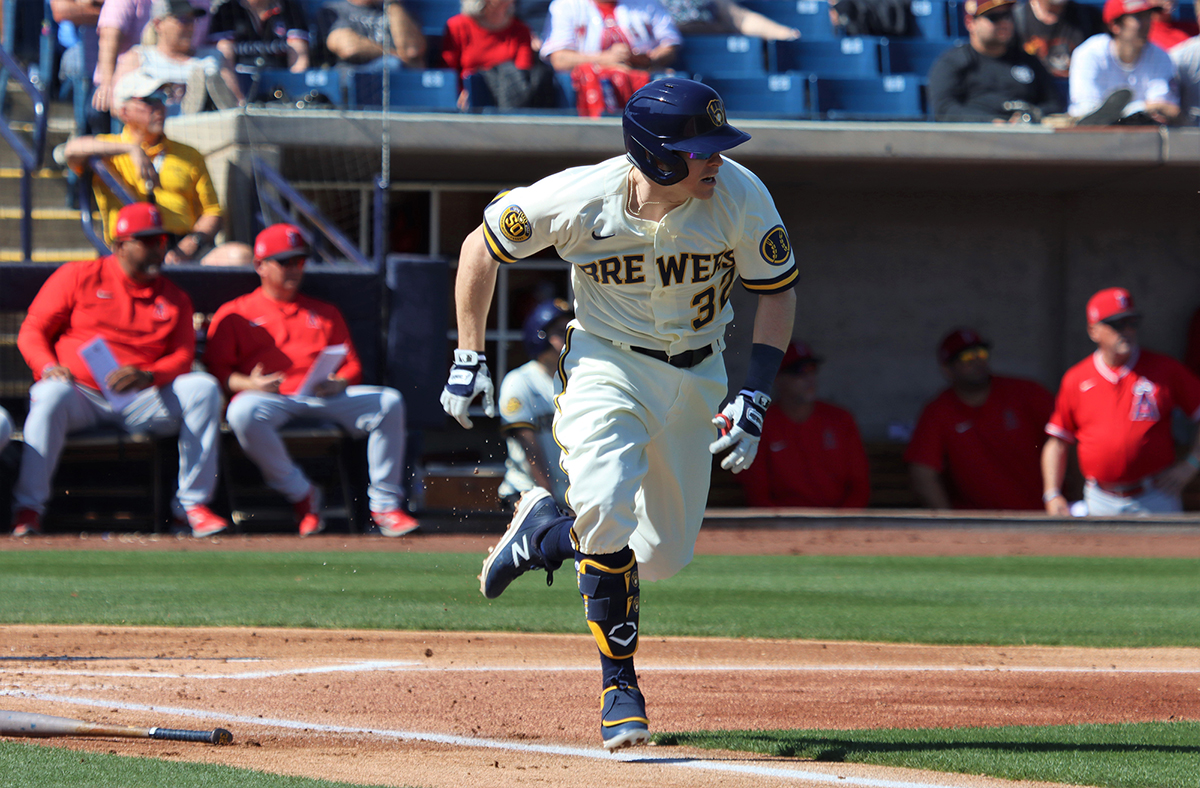 Milwaukee Brewers second baseman Brock Holt and other players in Cactus League camps across the Valley were nearing the end of spring training when the COVID-19 outbreak halted spring games and put Opening Day of the 2020 major league season on hold. (Photo by Reno Del Toro/Cronkite News) 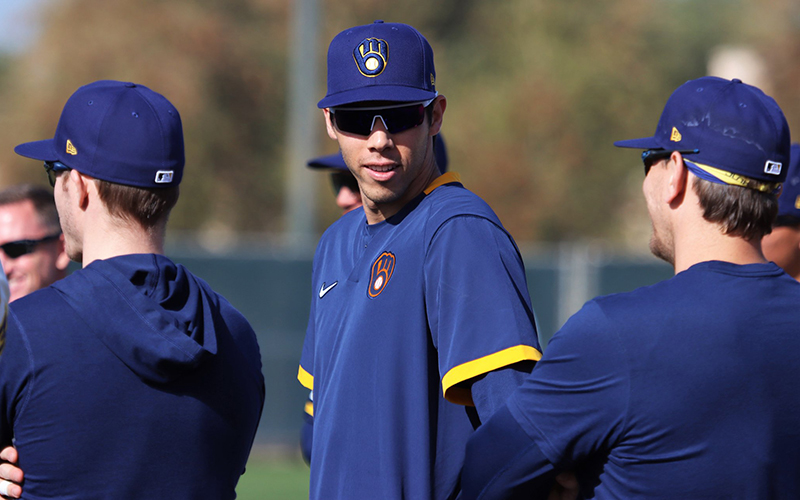 Milwaukee outfielder Christian Yelich (center), who was the NL Most Valuable Player in 2018, will have to wait to find out when, or if, Opening Day will arrive in baseball, and where the games will be played. (Photo by: Reno Del Toro/Cronkite News) 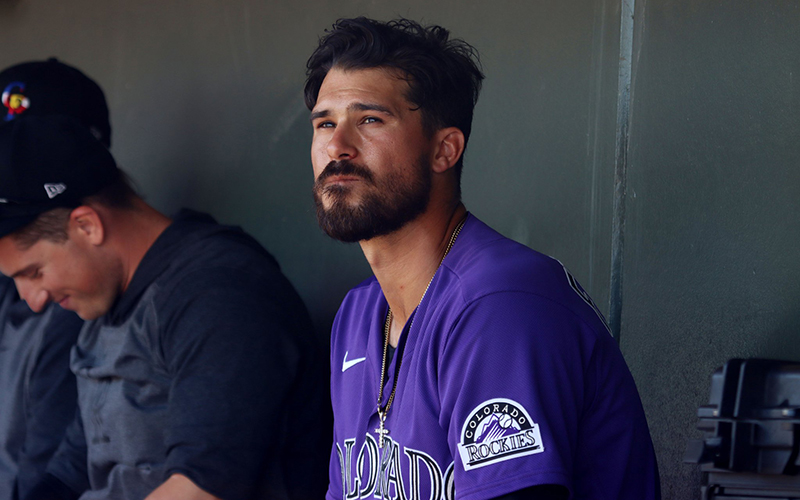 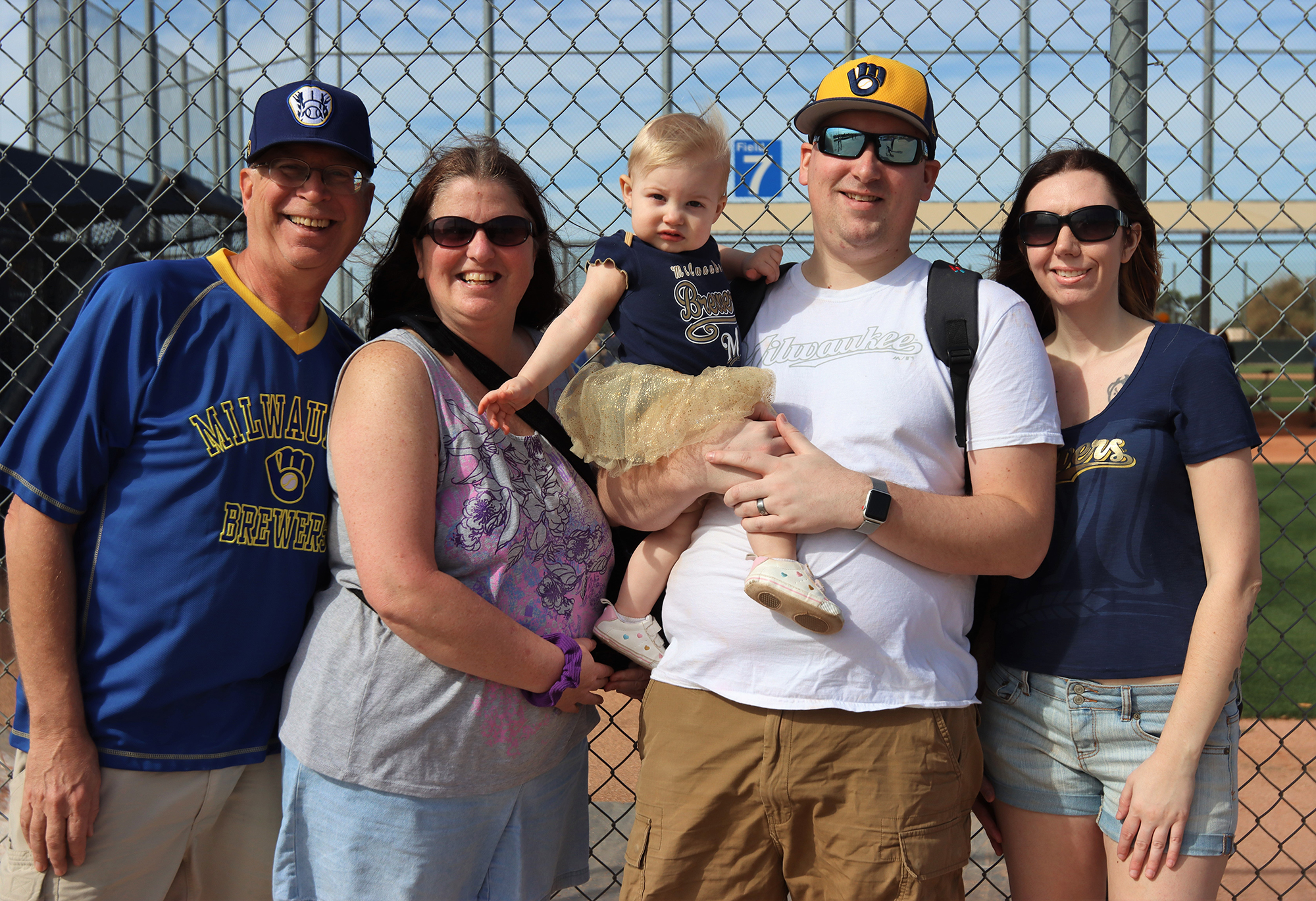 Fans come from all over the country to support their teams during spring training. The Fisher and Forbes families were in Arizona to soak up sunshine and support the Milwaukee Brewers. (Photo by Reno Del Toro/Cronkite News)