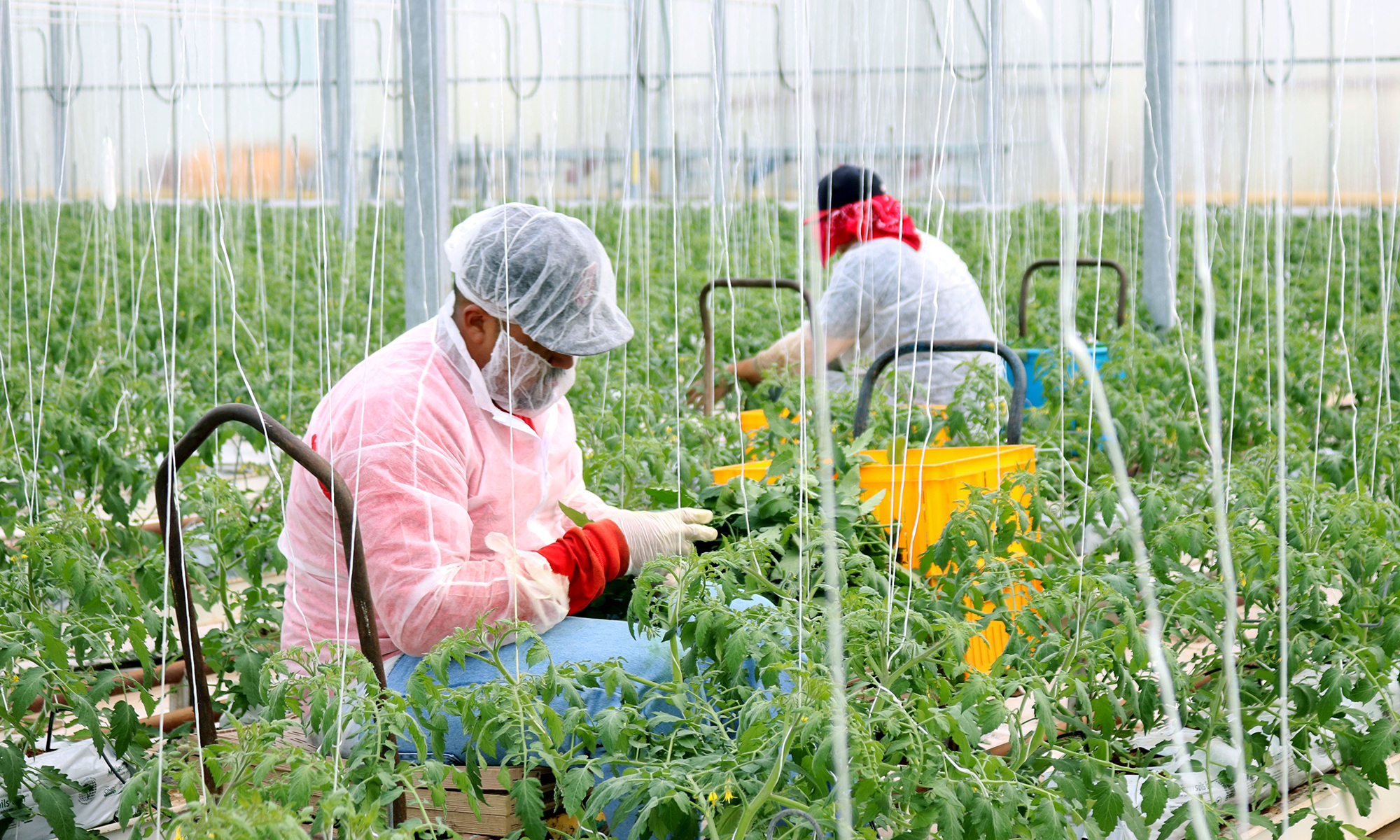 As part of the Healthy Farms Program, many workers at greenhouses near Willcox now take steps to protect themselves from skin cancer, pesticide exposure and other health dangers. (Photo by Megan Marples/Cronkite News)

WILLCOX – A handful of voices softly chattering in Spanish filter into a building that’s become the heart of Winchester Heights, a Willcox neighborhood filled with farmworkers. The community center is dedicated to connecting southeastern Arizona residents – with one another and with better health care.

As the clock nears 6 p.m., more men and women arrive, some coming straight from 10-hour shifts in the greenhouses of a tomato farm north of Willcox. Musculoskeletal problems, frequent exposure to excessive heat and long-term exposure to pesticides are common problems for Arizona agricultural workers, and just a handful of the many issues this year-old center aims to address.

“For this community in particular, it’s because they’re so rural and isolated that a lot of the time they can’t go to the doctor,” said Linda Cifuentes, a staff member of the Southeast Arizona Area Health Education Center, or SEAHEC, and coordinator at the Winchester Heights Community Center.

“They can’t make the drive all the way to Tucson to see a provider. And surely, they come across a lot of people who aren’t bilingual in these health facilities.” 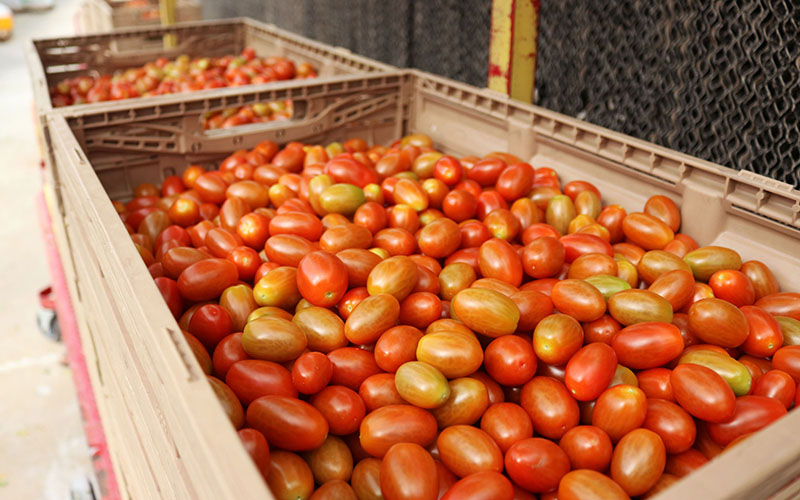 Bins of tomatoes are loaded onto carts once they've been picked. Texas-based NatureSweet also has growing operations in central Mexico. (Photo by Megan Marples/Cronkite News) 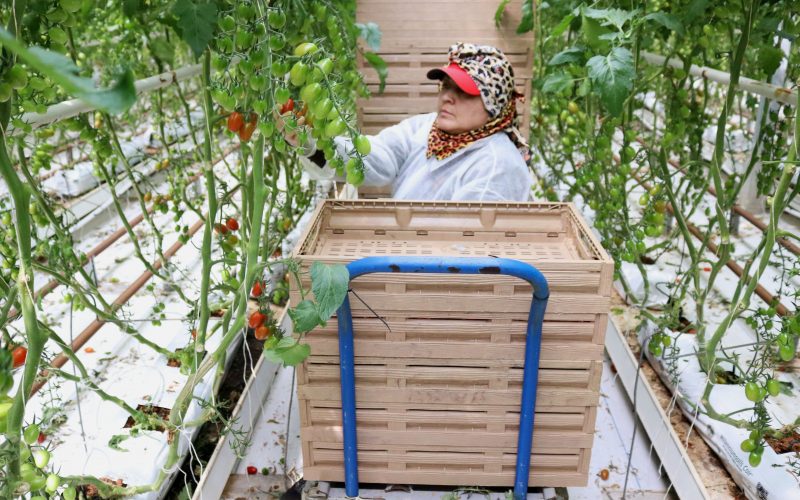 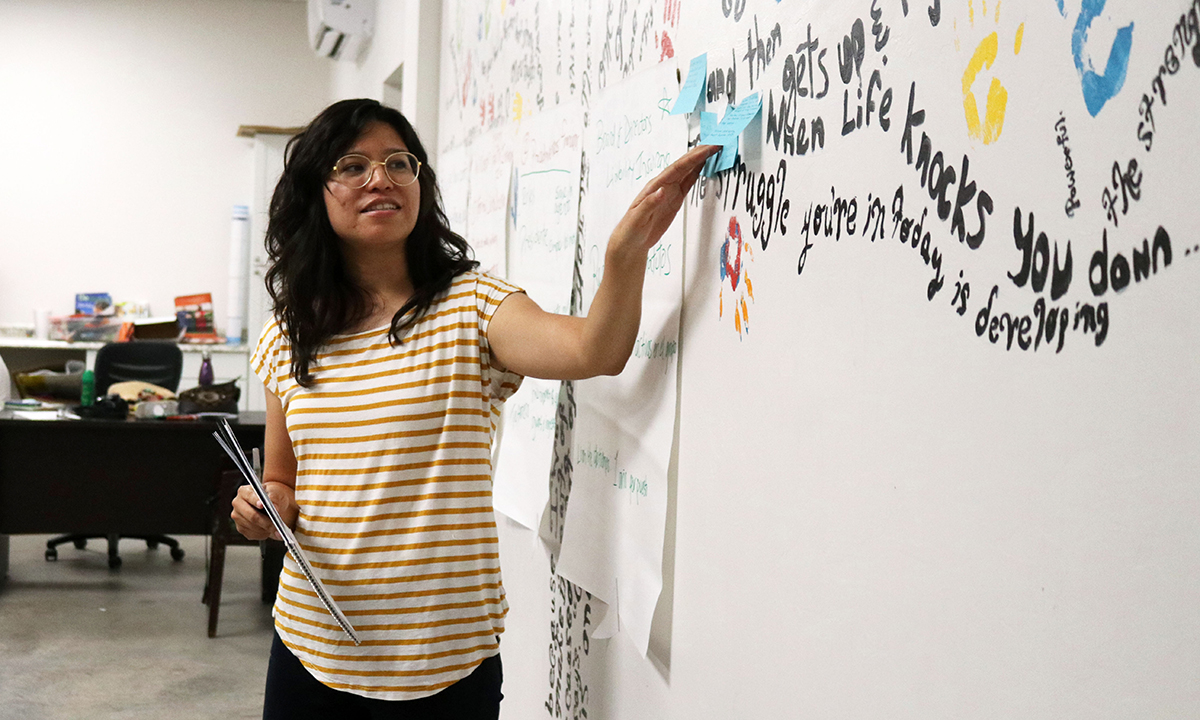 Linda Cifuentes of SEAHEC, who is the coordinator of the Winchester Heights Community Center, points to sticky notes that list community members' goals for the nonprofit center's leadership board, which eventually will take over operations of the center. (Photo by Megan Marples/Cronkite News)

The organization partnered with the University of Arizona to establish the community center, completed in August 2018. In addition to serving as a gathering place for the 600 or so mostly Latino people living in Winchester Heights, the multipurpose center helps educate residents about how to better care for themselves.

“Since they are mostly farmworkers … we’ve taught them about safety in the sun, like using solar protection, and also about cancer and what skin cancer looks like,” Cifuentes said. Additional training has focused on nutrition, diabetes and treating common problems like a cold or the flu, as well as how to distinguish one from the other.

The center also trains some locals as health promoters, or “promotoras de salud,” to work as health educators and advocates.

“They’ll go from home to home teaching family members about these health issues and how to watch (out) for each other,” Cifuentes said.

Access to health treatment is a challenge in isolated agricultural communities. According to the National Rural Health Association, the patient-to-primary care physician ratio in rural communities is 39.8 doctors per 100,000 people, compared with 53.3 per 100,000 in urban areas.

The number of uninsured also is higher in rural areas, and many seasonal or contract farmworkers do not receive health insurance benefits. U.S. Department of Labor statistics show that about 53% of farmworkers in the country lack such insurance. In comparison, the national average of uninsured adults younger than 65 is 13%.

NatureSweet, a tomato producer based in San Antonio, Texas, employs more than 400 workers at its operation north of Willcox. Inside greenhouses punctuated with row after row of tomato plants, farmhands pluck, prune and sort as bees flit to their hives, heavy with pollen.

The workers, a mix of contract laborers and regular employees, are expected to toil four days a week, with Wednesdays and weekends off to spend time with family, pay bills and tend to health needs.

Efrain Gutierrez is one of them. At the community center one recent evening, Gutierrez laughed when asked when he last visited a doctor. Not in years, he said in Spanish, despite having company-provided health insurance. His health, he added, seems good.

He helps organize soccer games at the new field behind the community center and is grateful for the positive changes he sees.

“There were 40 men, 20 women and more than 100 kids playing here – something never seen before,” Gutierrez said. “I’m very thankful to the center … and to the people who go house-to-house checking water quality and how we’re doing. This community was very abandoned before.” 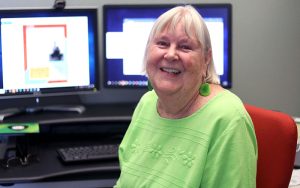 Jill Guernsey de Zapien, director of border, transborder and binational public health research at the University of Arizona and a founder of SEAHEC, has devoted her career to studying the health issues that uniquely affect rural residents and agricultural workers. She was inspired by her father’s work as a labor organizer.

“I learned as a child about the invisibility of farmworkers,” she said. “Even as a child, it’s so easy to make the connections and go … `Why don’t they get a decent wage? … Everything I’m eating, I couldn’t be eating without them being here.’ Very, very young, I had a real sense of the injustice.”

She envisions a future where farmworkers receive equal access to health care and have more options that better fit their needs.

“That’s what’s really needed, because farmworkers are out in the field during the day … so increasing the access of hours I think is good,” she said. “But in the end, they shouldn’t be any different than any of the rest of us.”

With her students and the current director of SEAHEC, Gail Emrick, Guernsey de Zapien has continued to examine how to make a difference in other communities like Winchester Heights.

In Winchester Heights, the change is tangible.

A few months after the community center opened, a mobile health clinic, run by Chiricahua Community Health Centers, came to Winchester Heights. Every Wednesday, excluding holidays, the mobile unit parks next to the center to provide checkups and treat people for diabetes, hypertension and common chronic illnesses that disproportionately affect Latinos.

Cifuentes said efforts such as those happening in Winchester Heights could serve as a model for other rural or underserved communities.

“I knew that farmworkers were very much a vulnerable population,” she said, “but I didn’t know to what extent.” 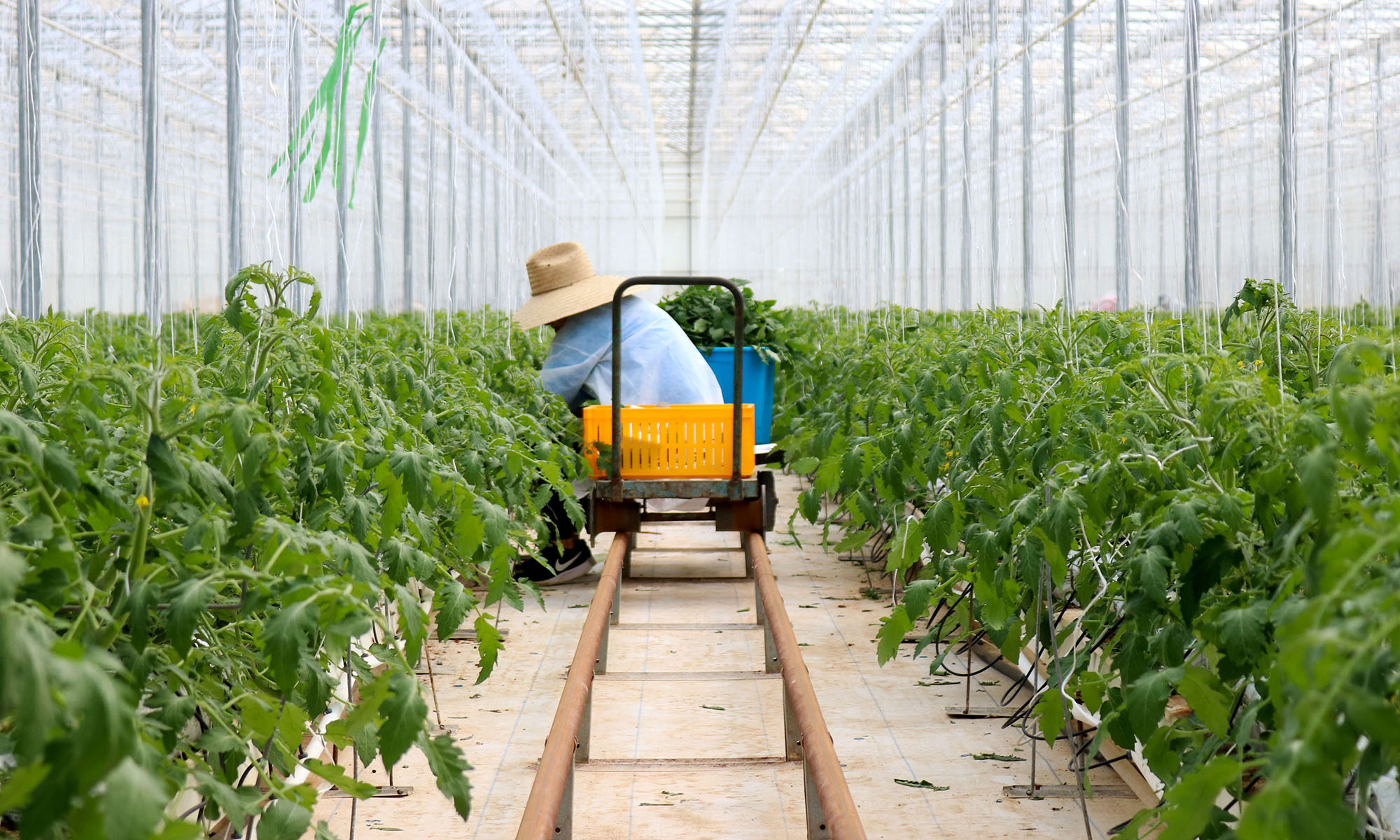 A NatureSweet farmworker prunes tomato plants in a greenhouse north of Willcox. Spanish is the primary language of many of the 400 employees who work there. (Photo by Megan Marples/Cronkite News)