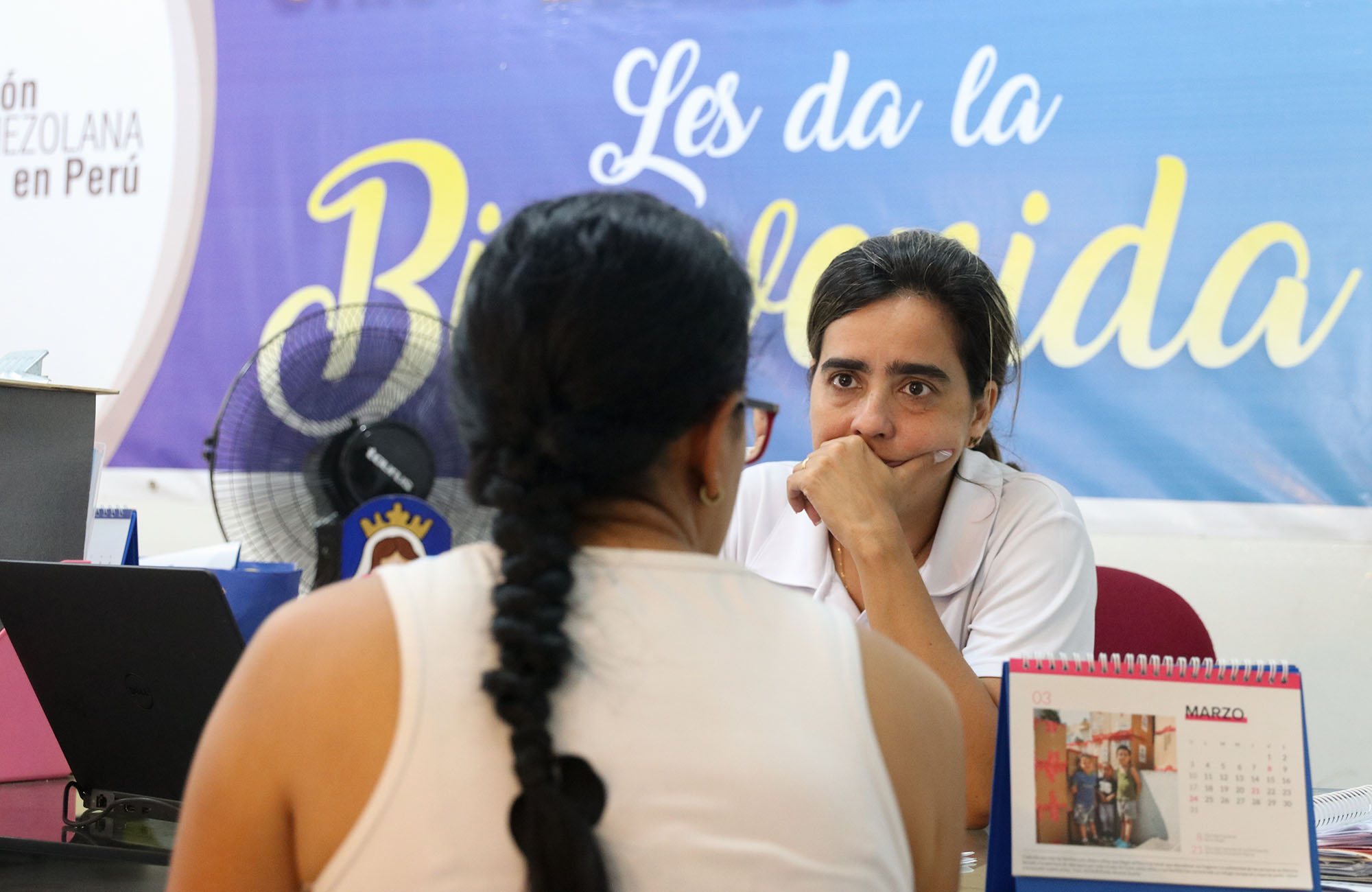 By Paulina Verbera/Cronkite Borderlands Project | May 1, 2019

LIMA, Peru – When Jesus Manuel Gomez crossed the border from Ecuador into Peru in February 2018 after traveling 1,300 miles from Venezuela, his life changed markedly.

In Venezuela, he was an accomplished lawyer with specialized training.

“I am a lawyer with much responsibility, with a postgraduate degree in agrarian and environmental law,” said Gomez, whose wife and children remain in Venezuela. “Few in my country have that title.”

In Lima, however, Gomez has started his own shop making doughnuts and other quick snacks with a Venezuelan twist. Like other professionals relocating to Peru, he was reluctant to pursue recertification to practice, due to the cost and time required, as well as the difficulty of getting documents from Venezuela.

More than 700,000 Venezuelans have resettled in Peru, an exodus forced by political and economic chaos that has led to hyperinflation, shortages of food and medicine, and widespread security concerns.

Among the recent arrivals are a large number of highly educated professionals – doctors, lawyers, teachers – whose talents, according to the nonprofit Union Venezolana en Perú, could be utilized in underserved areas of Peru.

The group is working on a program it calls “productive assimilation,” which seeks to identify the geographic areas in Peru where those professionals can relocate to fill some of the country’s critical medical and educational needs.

But because of the obstacles of recertification, some professionals have chosen to seek totally unrelated work.

Martha Fernández, executive director of Union Venezolana en Perú, said Venezuelans are facing what any migrant might face when arriving in a new country: Employers want to pay them less, demand more work from them and ultimately take advantage of the migrants’ vulnerable state, regardless of their educational background. The union is working with Peruvian officials to boost the productive assimilation program.

“The idea with this proposal is to positively take advantage of their skills,” Fernández said. “This is the proposal that was made to the government, and we are working with the Foreign Ministry to relocate these Venezuelans outside Lima where these jobs are necessary.”

Although the influx of professionals into Peru will benefit the country, Venezuelan officials are aware of the “brain drain” that has created in Venezuela.

It is a key concern, acknowledged Carlos Scull, the Venezuelan ambassador to Lima under Juan Guaido, the head of the National Assembly who the Peruvian government recognizes as that nation’s “acting president,” although Guaido has not been able to wrest power from the government of President Nicolas Maduro. Scull said the Guaido government encourages those who have left Venezuela to voluntarily return when the country’s leadership changes and the economy stabilizes.This is spelled out in the Plan País, the Guaido government’s plan to revitalize Venezuela.

“I think first, attracting that talent (so) that they return in a way that their human rights are respected,” Scull said, outlining a priority of the plan.

So far, the recredentialing process in Peru has gone slowly for many Venezuelan professionals, particularly lawyers. 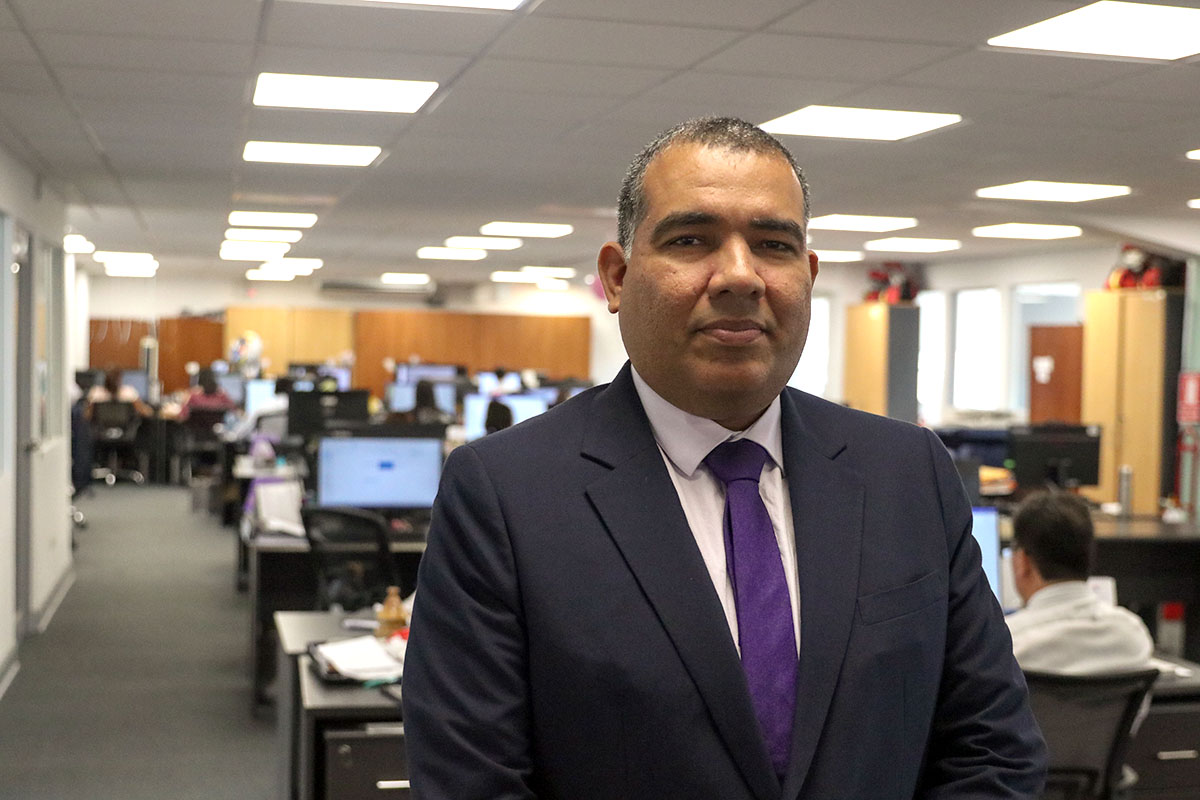 Daniel Navarro is the director of grades and degrees at the Superintendencia Nacional de Educación Superior Universitaria (SUNEDU), the agency that must revalidate the professional credentials of Venezuelan migrants resettling in Peru. (Photo by Paulina Verbera/Cronkite Borderlands Project)

According to the federal agency in charge of the process, SUNENDU, or Superintendencia Nacional de Educacion Superior Universitaria, only two Venezuelan law and political science degrees were recredentialed in 2018. Those in the health sciences field have have fared better, with 1,980 health science and psychology degrees recredentialed.

Lawyers, medical doctors, nurses and certain other professionals not only must complete the paperwork to get their Venezuelan degrees revalidated, they’re required to do additional coursework at schools in Peru.

“Each branch, each profession has a professional college,” said Daniel Navarro, director of grades and degrees at SUNEDU. “Each one of them has a law that regulates this issue, and in the case of foreign studies, some of these colleges require not the recognition but the revalidation.”

That complicated process was too much for Gomez, who already had suffered a crisis of confidence in the legal profession in Venezuela.

“I don’t like corruption,” he said. “I was very afraid that things would get worse because the money was becoming scarce for my wife and my daughter.”

Gomez said his wife still works in a prominent government position in Venezuela, which he declined to disclose, and she takes care of their daughter and newborn son. She is better off than many in Venezuela because of her job. Each month, the family receives an extra box of food of such basic non-perishables as powdered milk, canned goods and lentils. Lots of lentils.

“Before, we knew one recipe for lentils: it was to cook the lentils with some seasonings and some rice. Now we know about 10 or 20 different recipes: lentil croquettes, lentil sausage, lentil burgers, lentils in every way you can imagine,” Gomez said, chuckling. 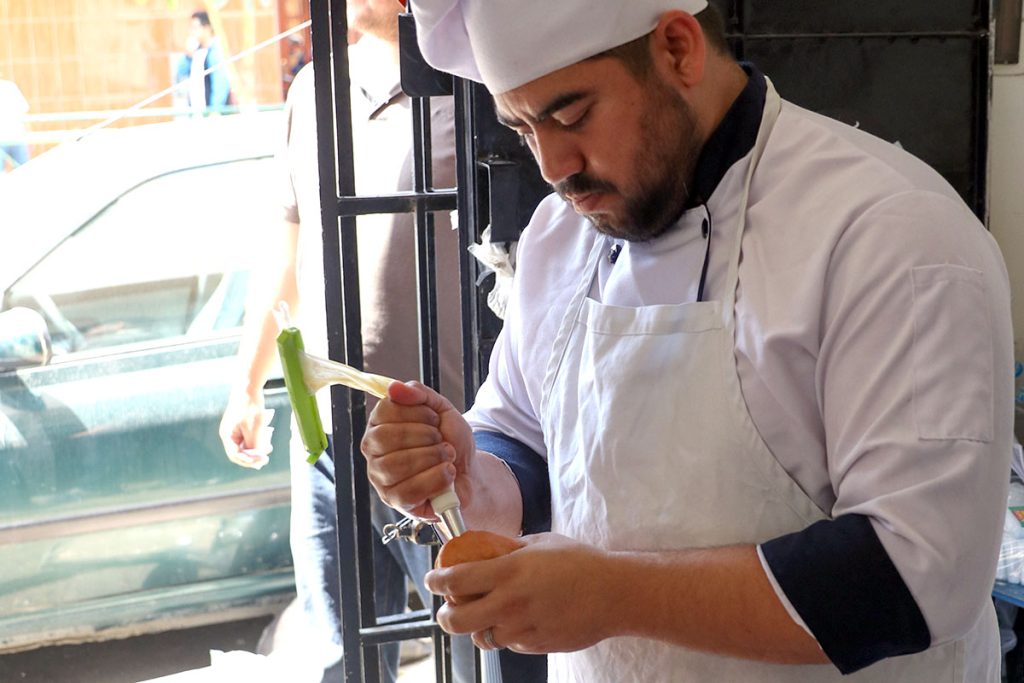 Jesus Manuel Gomez, a Venezuelan lawyer, fills doughnuts at his shop in the Callao district of Lima, where he also serves quick snacks with a Venezuelan flair. Since arriving in Lima about a year ago, he has sent money back to his wife and two children in Venezuela. Gomez, who suffered a crisis of confidence in the legal profession in Venezuela, doesn't plan to practice law in Peru. (Photo by Paulina Verbera/Cronkite Borderlands Project)

But even the extra food is not enough.

“I have a 4-year-old daughter and a baby who is 5 months old, and my wife is breastfeeding,” he said. “She should not be going through these difficulties. She should be eating in the most balanced and healthy way, and it’s not like that. She’s eating whatever she can find.”

Gomez knew he had to supplement the family income. He found an affordable stove, looked up a doughnut recipe and gave it a shot. He sold his snacks in the Callao district of Lima during winter; seeing success, he took the next step for his business.

“I decided to risk a little more and buy the machinery to open this small business,” Gomez recalled. “I can now sell 600 or 700 doughnuts a day.”

Gomez isn’t alone in his choice to not practice law in Peru.

Tania Zamora said she left Venezuela with her daughter and grandson, Ignacio, after she noticed corruption in the Ministry of Education, where she worked, and she realized her daughter was in an unhealthy relationship.

Ignacio was only a few months old at the time, and taking care of him in Venezuela was difficult. 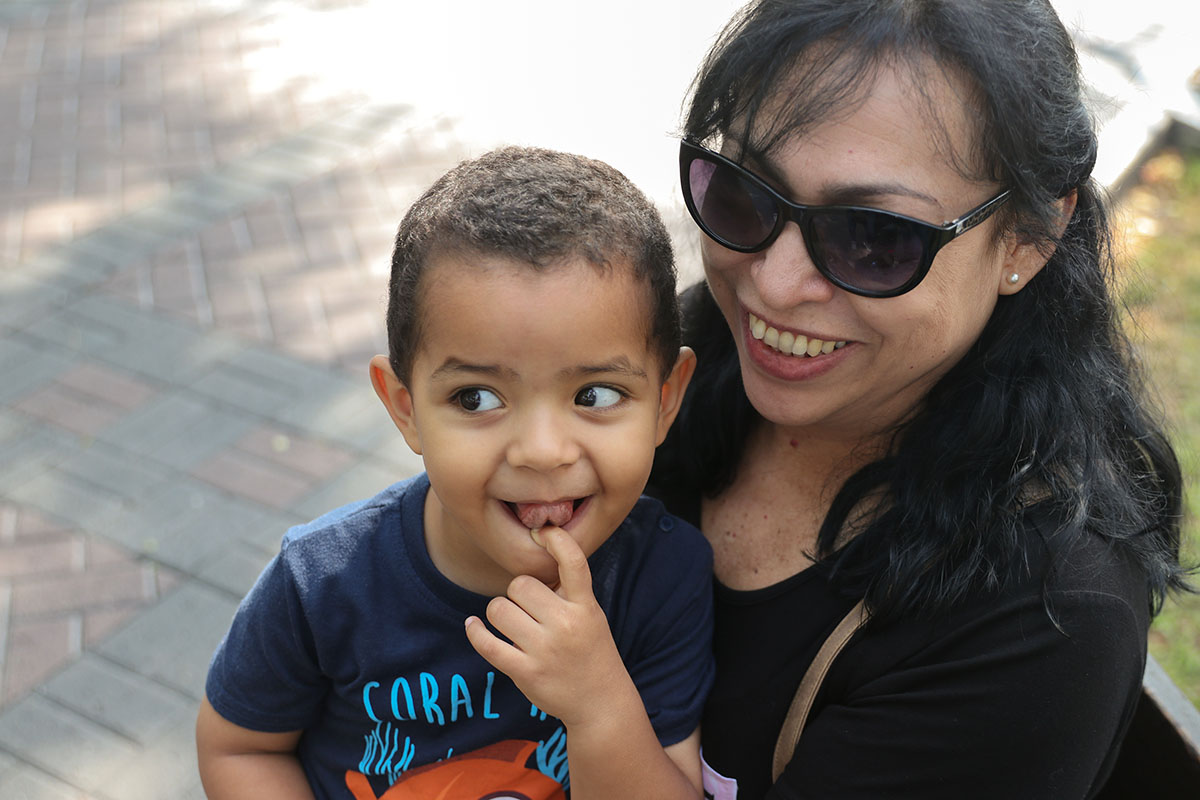 Tania Zamora, her daughter and her grandson Ignacio (pictured) came to Lima from Venezuela about three years ago. Zamora was a lawyer in Venezuela, but now she takes care of Ignacio and other Venezuelan children while her daughter works as the medical director of a pharmacy. (Photo by Paulina Verbera/Cronkite Borderlands Project)

“You could not get medication, there were no diapers, there was nothing,” Zamora said. “From one day to another, we made the decision to leave. We sold everything, and with that money we bought our trip to Lima.”

Zamora is a lawyer and a teacher, and her daughter is a doctor. This seemed like a recipe for success, but they quickly learned the process that would allow them to practice their professions would be costly and difficult.

“The law degree is one of the ones that won’t revalidate; I had to study here,” Zamora said. “I thought that with my degree I could practice, but when I got here my reality was different.”

Zamora’s daughter also had to revalidate her medical degree with SUNEDU. But to practice, she would have had to complete extra coursework at the medical college in Lima.

Upon their arrival in Lima, Zamora took care of Ignacio along with the young children of Venezuelan friends in the area. She became the “home away from home” for those children as she taught them “the Venezuelan way” and prepared tasty food they recognized from home. Her daughter worked as a waitress, but after a few months, she began the process of revalidating her degree.

“She began making inquiries about the necessary paperwork, and she saw that it was expensive,” Zamora said. “She’s now done with the process and was given her degree two months ago, but the process lasted a year.”

Even those who are organized, industrious and patient enough to go through the process often end up disappointed in the result.

Juan Daniel Tapia is a Venezuelan lawyer who did revalidate his legal credentials in Peru, but he did so before the bulk of Venezuelan mass migration began. The process was different when he arrived in 2013.

“From the first moment that I started to see things in Venezuela get very difficult, I began getting all my degrees in order and going through the process of the apostilles and certifications,” said Tapia, who is now director of the non-profit organization Haciendo Futuro. “That was back in 2013, and that process was already a little complicated to go through.”

An apostille is an official authorization that is placed on a personal document by the issuing country and is necessary to ensure its validity when presented to another country. This seemingly insignificant step in the process is one that many Venezuelan professionals today cite as the main obstacle to practicing. 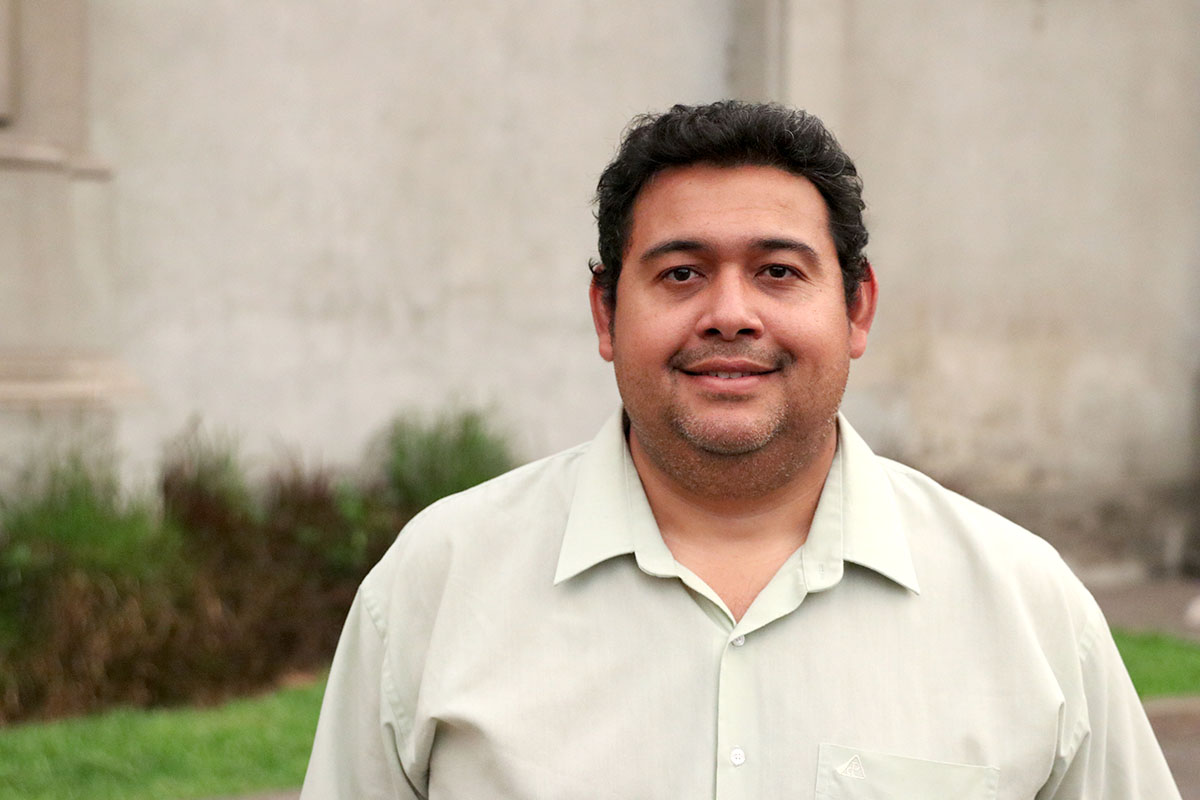 “We saw how a Venezuelan could earn $6 a month, and an apostille can cost you $40 for a university degree,” he said.

Even with a revalidated law degree, the work that Tapia is doing in Lima is not the traditional practice of a lawyer in either country, and he recognizes the circumstances that drove other young professionals to the same situation.

“Unfortunately, the disorganization and the despair brought Venezuelans to leave, and it’s a lot of young people who have made a career, a specialization. When they get here, they have to fulfill a role of working in anything less than what their career is,” Tapia said.

Despite the realization that their years of schooling are nearly useless, these professionals recognize the unique value of their education, as well as of the country that they will continue to call home.

“I really wish with all my soul that this (Maduro) government be ended once and for all, because we grew up in a country and were formed by a country where studying was the first step to progress,” Gomez said.

He values his five years of postgraduate education, but as the owner of a small, successful and growing culinary enterprise, Gomez feels he has the ability to overcome an even greater obstacle.

“After having known such a small world, which is my Venezuela, after having thought all my life that perhaps the furthest I could get was to reach Caracas, the great metropolis of my country,” Gomez said. “I know that the day I set up a business in Venezuela that I will not stop there, because we have become people of the world.”