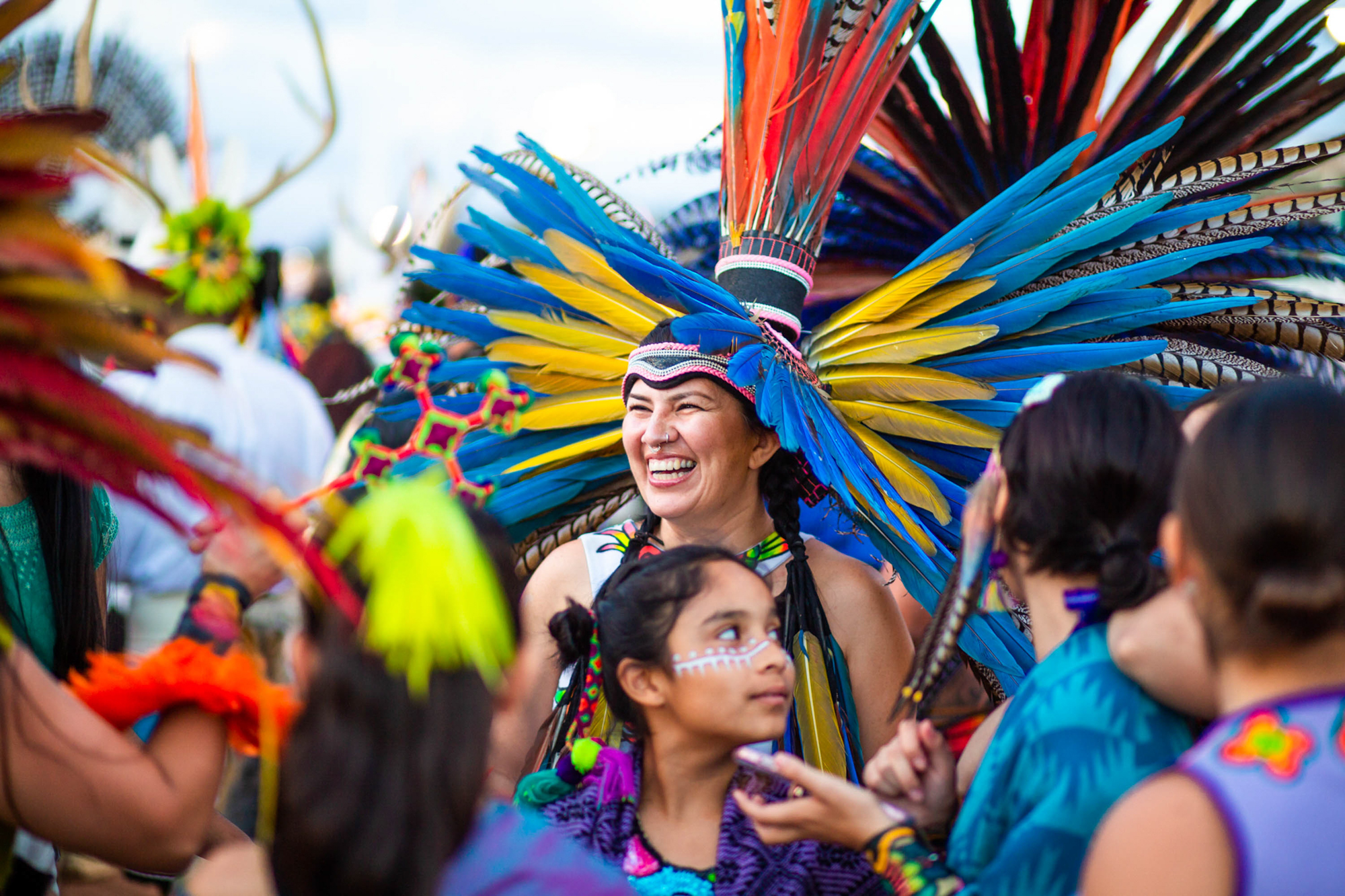 WHITERIVER – Each summer since 1925, Native people have gathered in the capital of the Fort Apache Tribe to test their skills in the saddle and celebrate who they are. 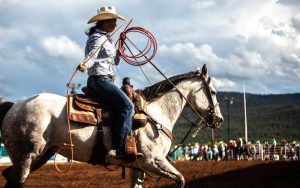 After the rodeo, trucks and cars replaced horses and bulls in the corral. Members of various tribes began meticulous, hours-long process of getting into traditional makeup and dress for a cross-tribal dance performance.

The dancers this year included group from the University of Arizona Tohono O’odham Student Association, a mixed group of Zuni, Hopi, Navajo, Kiowa, Paiute and Gila River Pima people. But not all the dancers were from Arizona. Several families are Purépecha, an indigenous people originally from the southern Mexican state Michoacán, who made the long drive to Whiteriver.

As the dancers lined up to enter the arena together, they joked, talked and took photos of each other with their phones. Once everyone was assembled, the groups simultaneously performed their traditional dances in a large circle. 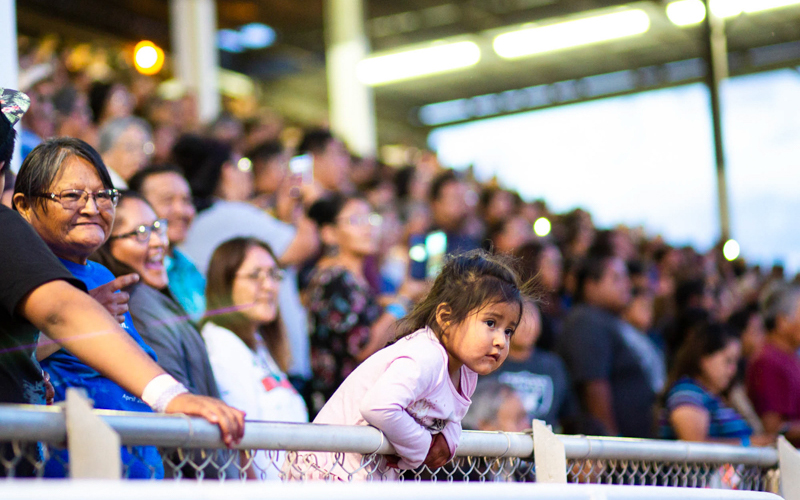 The crowd fills the stands of the arena as groups of dancers file into the arena. Once assembled, the groups simultaneously performed their traditional dances in a large circle. (Photo by Anya Magnuson/Cronkite News) 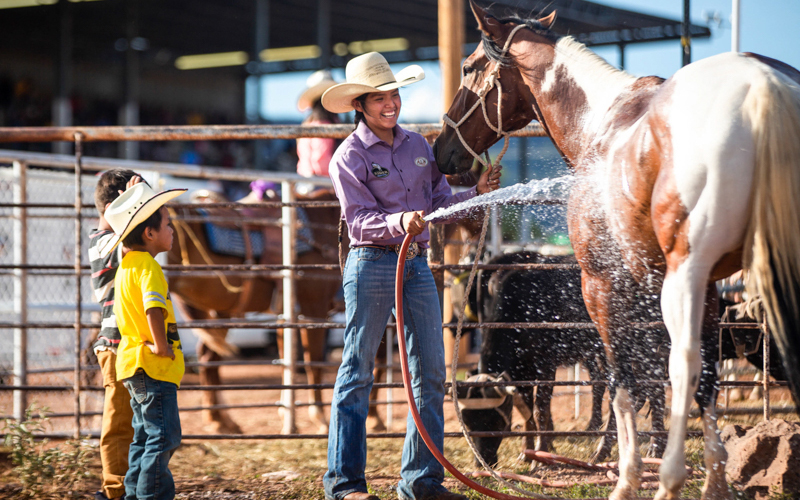 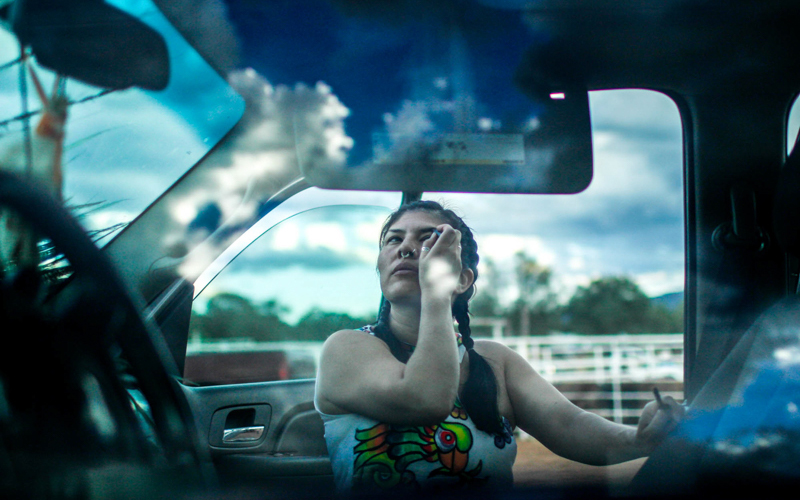 Cecilia Ayalá does her makeup in the car mirror before performing at the White Mountain Apache Tribal Fair & Rodeo in eastern Arizona. (Photo by Nicole Neri/Cronkite News) 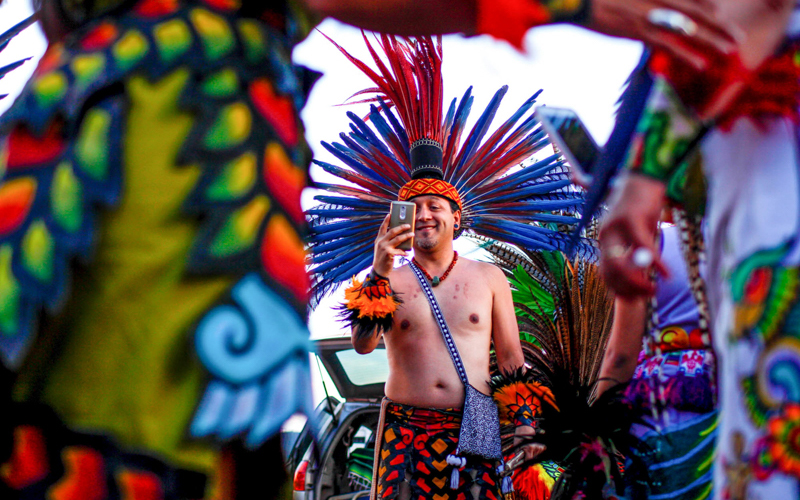 Jorge Reyes photographs his family before their dance performance. He's a member of the Purépecha Tribe from southern Mexico. (Photo by Nicole Neri/Cronkite News) 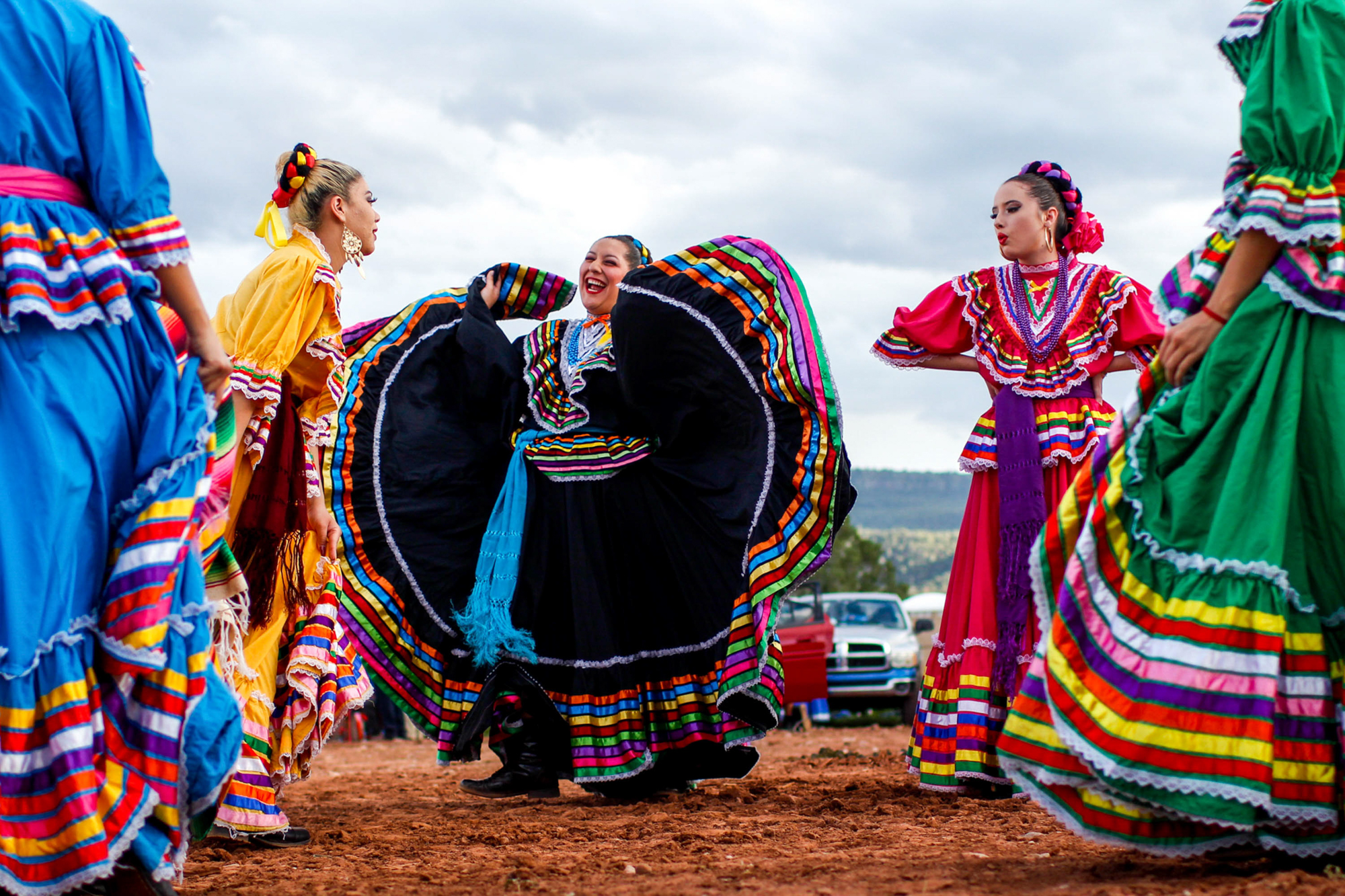 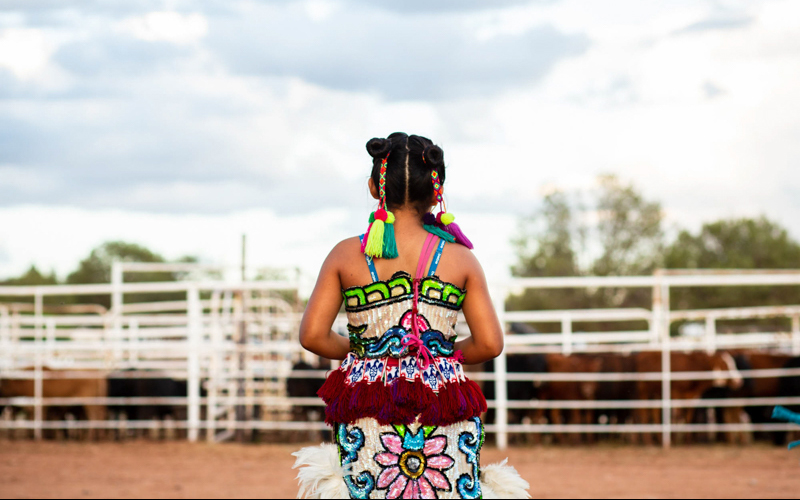 Aureli Zabala, 10, faces the horse pens as she waits in the preparation area. (Photo by Anya Magnuson/Cronkite News) 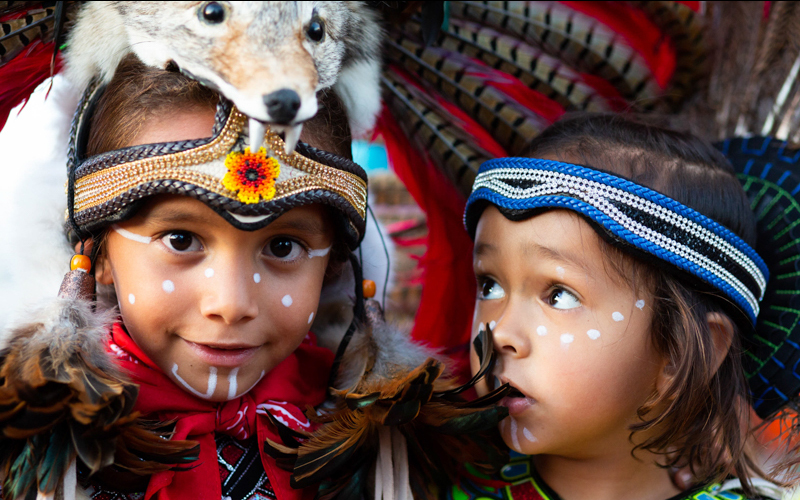