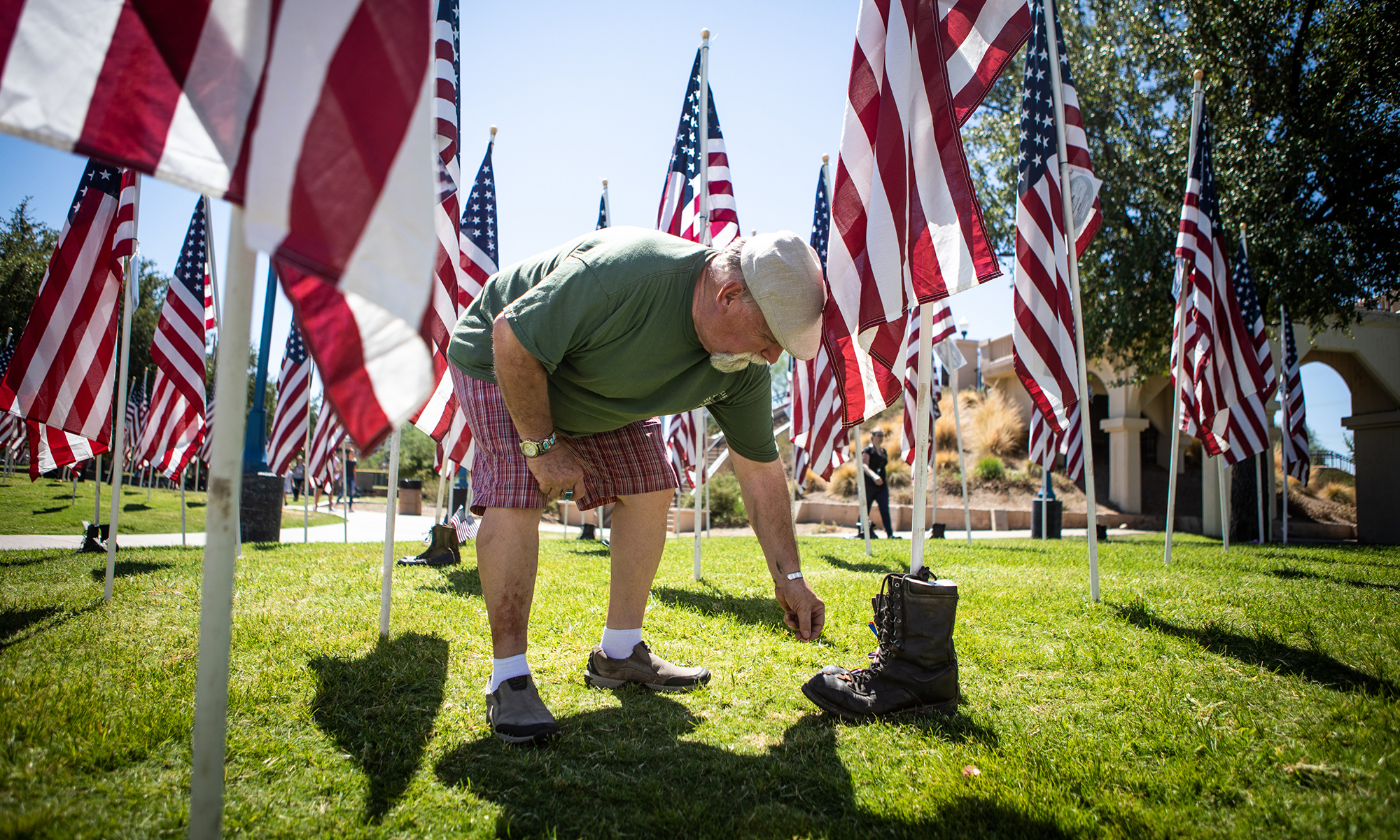 Bruce Blied leaves pennies on the toes of boots incorporated in the Tempe Healing Field memorial to indicate 9/11 victims who had served in the military. Blied has visited the memorial every year since the first one 15 years ago. Every year, he said, one flag in particular deeply affects him: that of 3-year-old Dana Falkenberg, a passenger on American Airlines Flight 77, which crashed into the Pentagon on Sept. 11, 2001. “It kills me every time I see that little girl’s name. I keep hoping it’s going to go away every year, but it won’t.” (Photos by Celisse Jones/Cronkite News)

Arizona remembers 9/11: A look at how we honored the victims

TEMPE – Across the state, Arizonans honored the lives lost in the Sept. 11, 2001, terrorist attacks. At Tempe Beach Park, 3,000 flags – one for each person who died that day – were staked and waved red, white and blue as part of the 15th annual Healing Field. At Harley-Davidson of Scottsdale, bikers paid tribute to emergency, police and firefighters who lost their lives that fateful day. Robert “Butch” Cobb, a retired New Jersey deputy fire chief and 9/11 first-responder, shared “Never Forget Means Never Forget,” a 9/11 documentary he produced. Afterwards, Cobb played the bagpipes as motorcyclists rode towards Yarnell and Prescott on the fifth annual 9/11 memorial ride. 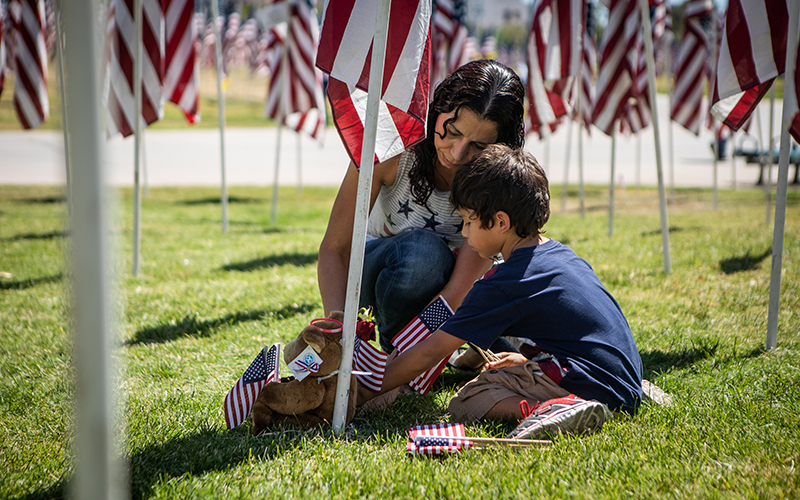 Seven-year-old Ethan Apache and his mother, Monica, place small flags at the Tempe Healing Field. This is the family's first visit to the memorial, and Ethan wanted to place his flags at memorials of children who lost their lives in the 9/11 attacks. (Photo by Celisse Jones/Cronkite News) 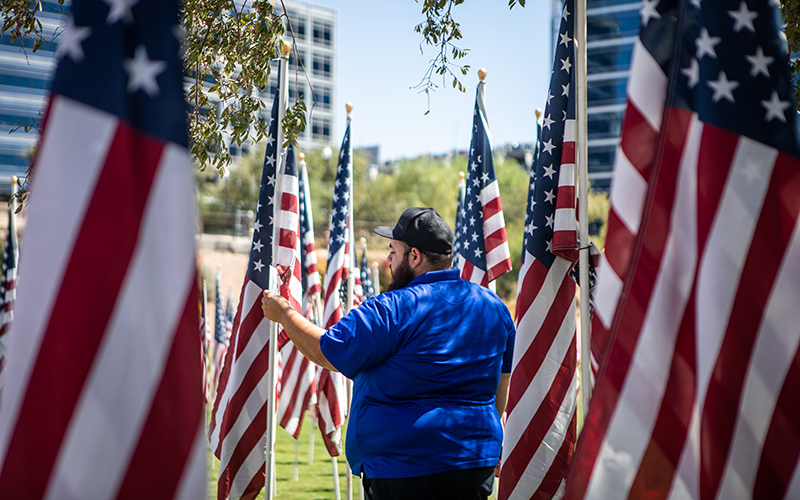 Tony Garcia reads the name on a flag at the Tempe Healing Field. Garcia said this was his first time visiting the memorial at Tempe Beach Park. “Reading some of the stories – it impacts you. It brings you closer to the moment,” Garcia said. (Photo by Celisse Jones/Cronkite News) 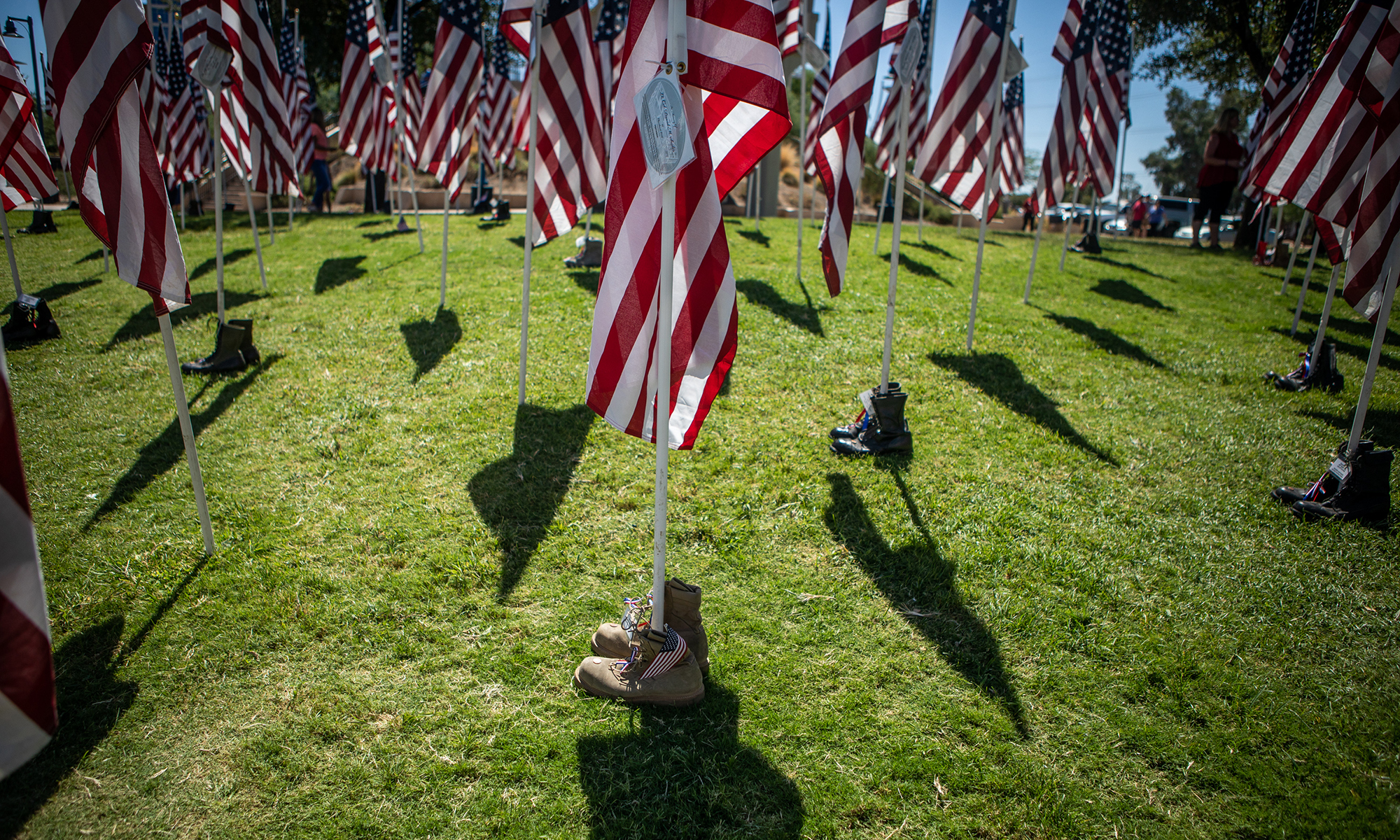 Boots are placed under flags at the Tempe Healing Field, indicating that the 9/11 victim was a veteran. The attackers' planes struck New York City and the Pentagon in Washington; passengers on a third flight forced their plane down in a field in western Pennsylvania. (Photo by Celisse Jones/Cronkite News) 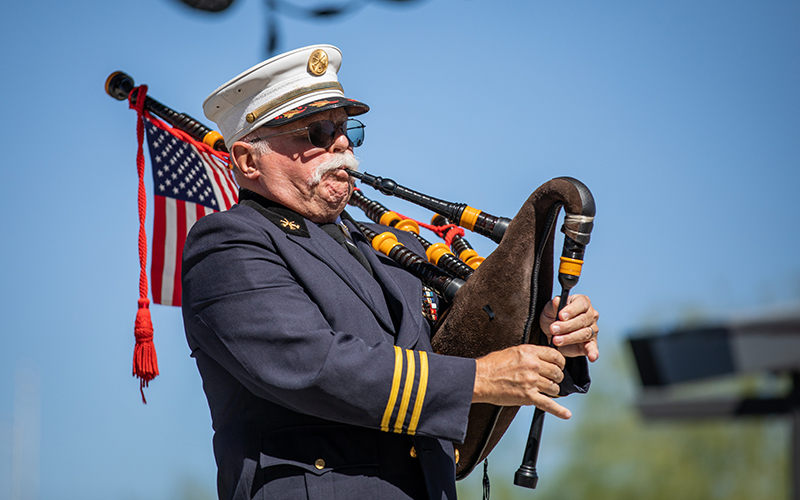 Robert “Butch” Cobb plays bagpipes before Harley-Davidson of Scottsdale's fifth annual 9/11 memorial ride to Yarnell and Prescott. Cobb is the retired deputy chief of the Jersey City Fire Department and was a 9/11 first-responder. (Photo by Celisse Jones/Cronkite News) 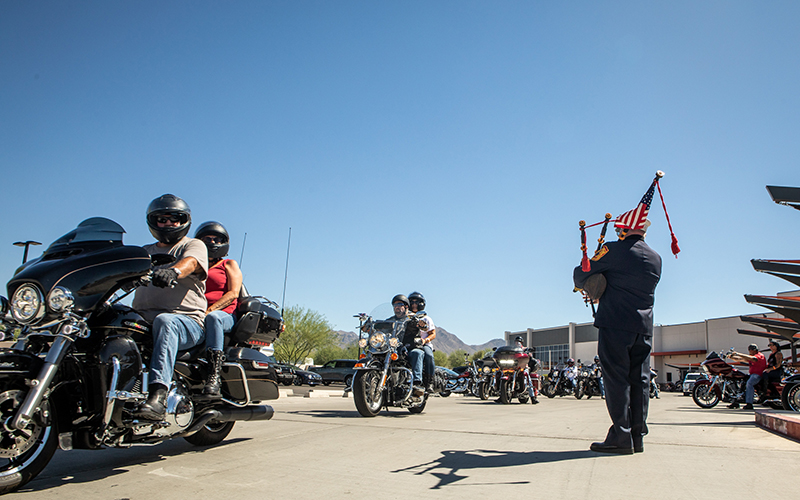 Motorcyclists depart from Harley-Davidson of Scottsdale during the dealership's fifth 9/11 memorial ride to Yarnell and Prescott. (Photo by Celisse Jones/Cronkite News)