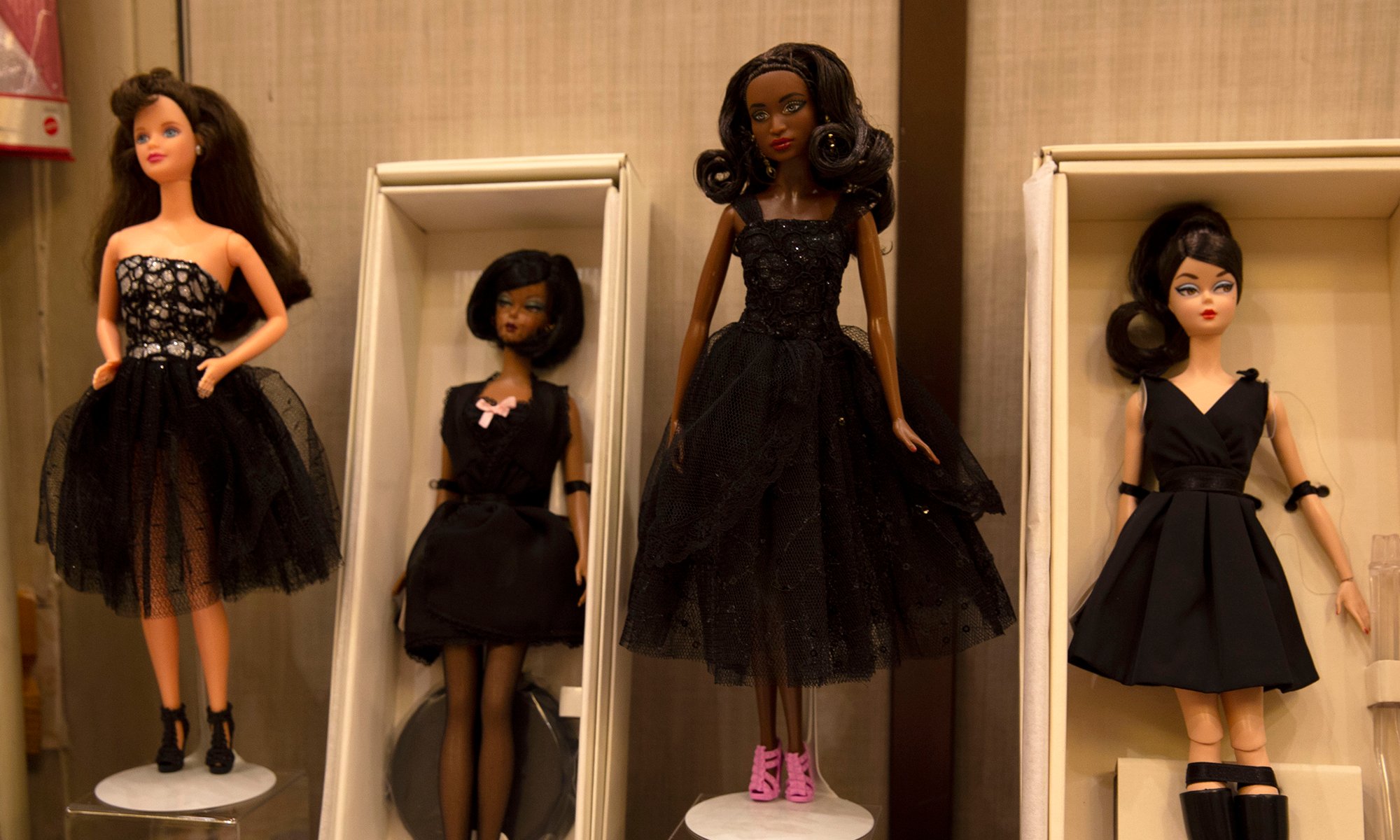 Since Mattel released the first African-American doll in 1980, it has created hundreds of Barbie dolls in various skin tones and from cultures around the world. (Photo by Vivian Meza/Cronkite News)

PHOENIX – As visitors stroll through the aisles of Barbie dolls arrayed at a national collectors’ convention in Phoenix, one doll among hundreds stands apart.

A tan-complexioned Barbie with long, braided black hair and traditional Native American dress is perched proudly on a pedestal hand-painted to resemble grass. Pabboo Redfeather, an artist and designer, reimagined a Barbie distinguished from the thousands of Barbie dolls crafted in Mattel factories.

A smiling Redfeather, who has collected 9,000 Barbies, said he fashioned the doll to resemble the women of his mother’s tribe, the Blackfeet Nation.

In an age of heightened multiculturalism and such movements as #MeToo, Mattel is among the companies – from cosmetic brands to fashion lines – working to reflect an ever-changing audience and customer base of different shapes, sizes, complexions and careers.

“Globally, our best-selling dolls are original white, blonde-hair, blue-eyed dolls,” Kelly Powers, a Mattel spokeswoman, said at the convention. “We’re not getting rid of her, but we’re trying to be as diverse as possible to have a doll that everyone can identify with.” 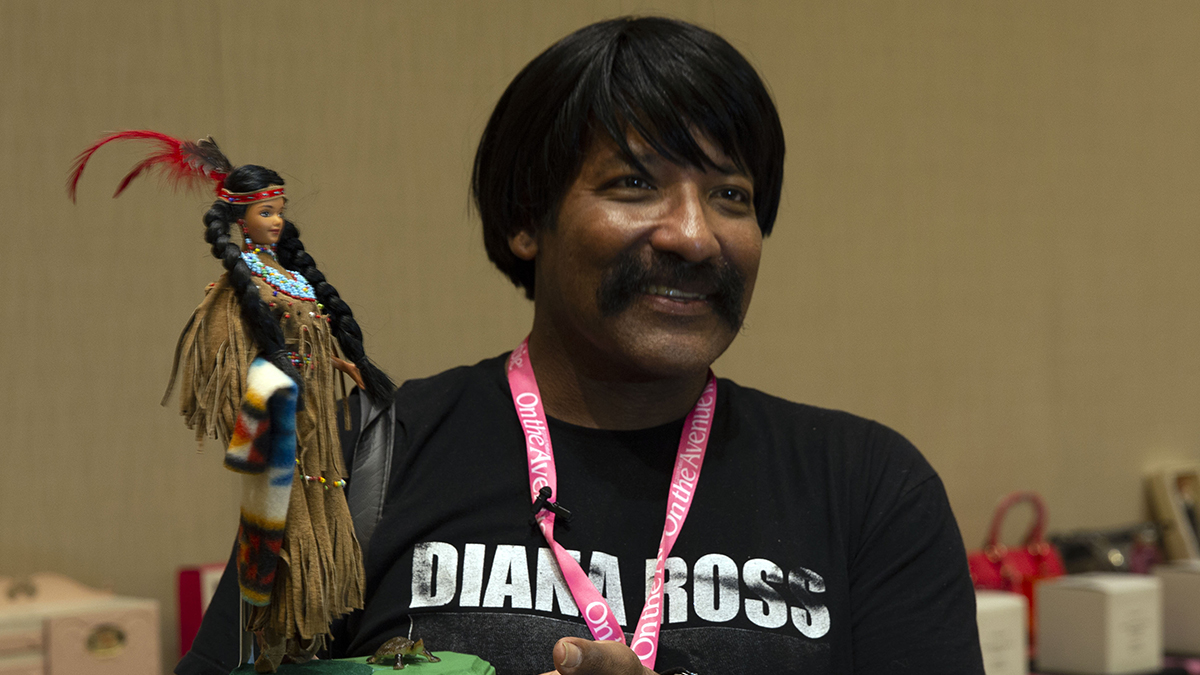 Pabboo Redfeather, a designer and artist who has been collecting Barbies since he was 5, started a black Barbie club in 1980. (Photo by Vivian Meza/Cronkite News)

Since 1959, Barbie dolls have evolved to reflect the events and trends of the era while still keeping the same general face and body shape - until 2016 when Mattel released three new body types for the doll. (Photo by Vivian Meza/Cronkite News)

Collectors and designers of the iconic Barbie doll spend hours buidling dioramas and accessories for their dolls, inspired by personal experiences, fashion and culture.(Photo by Vivian Meza/Cronkite News)

As Barbie has progressed over nearly 60 years, so has her companion, Ken. In 2016, Mattel released new body types for Ken dolls: slim, broad and original. (Photo by Vivian Meza/Cronkite News)

Barbie doll collectors from around the world arrived in Phoenix for the 2018 National Barbie Dolls Collectors Convention. (Photo by Vivian Meza/Cronkite News)

This doll from 2000 comes from the Dolls of the World - Princess Collection. Mattel released dolls that reflect the cultures and fashions of countries from around the world. (Photo by Vivian Meza/Cronkite News)

Collectors – mainly adults and mainly women – from countries as far away as Australia, Italy, Japan and Canada gathered at the convention to celebrate their love of Barbie and their belief that the iconic doll has remained a symbol of beauty and femininity for nearly 60 years. These were fans, and none mentioned controversy over whether Barbie is a feminist or hurts or helps girls’ self-esteem of girls. Several said the growing diversity of skin tones added to Barbie’s allure.

Although Barbie Dolls of the World – which represent cultures from such countries as Mexico, China and Scotland – have been available to serious collectors since the late 1950s, the first Barbie of color was not offered on the mass market until 1980. Since then, Mattel has made Barbie dolls with skin tones ranging from porcelain to ebony, including ethnically ambiguous skin tones that could be considered Hispanic, Middle Eastern or Native American.

In 2015, Mattel released its first batch of dolls for its Sheroes line, honoring renowned women of diverse racial and ethnic identities and occupations from around the world. Women replicated so far include ballerina Misty Copeland, Olympic fencer Ibtihaj Muhammad, snowboarder Chloe Kim and conservationist Bindi Irwin. 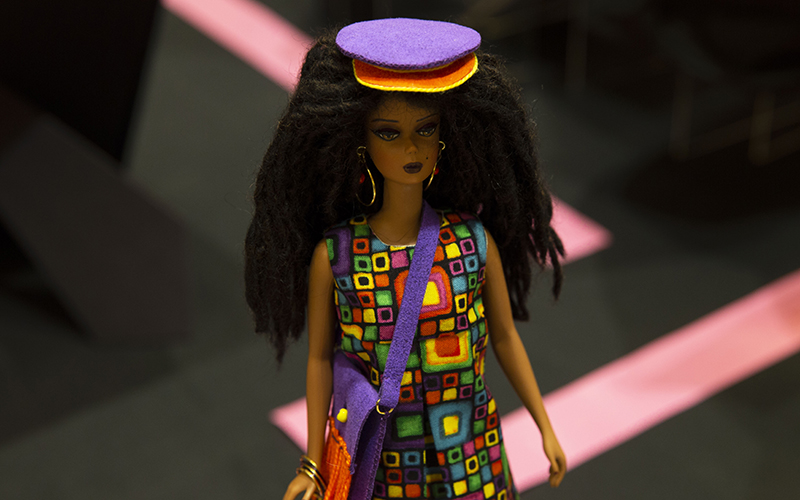 The first African-American Barbie dolls were released in 1980, more than 20 years after the original doll hit store shelves. This doll shows a take on 1990's style .(Photo by Vivian Meza/Cronkite News) 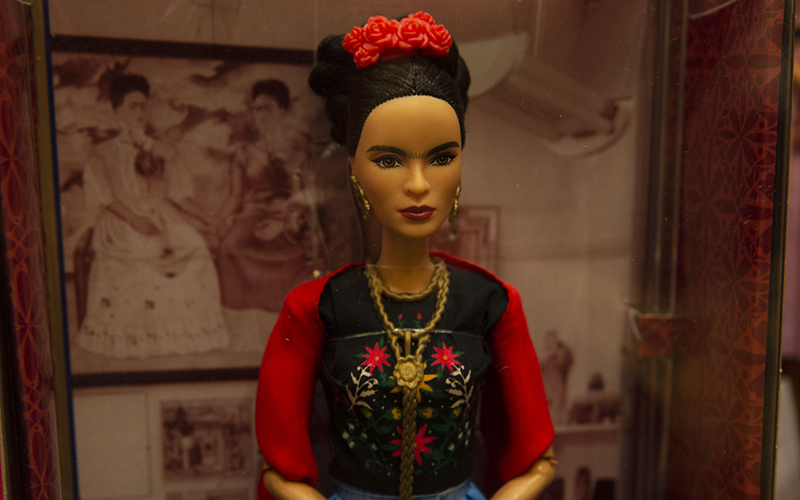 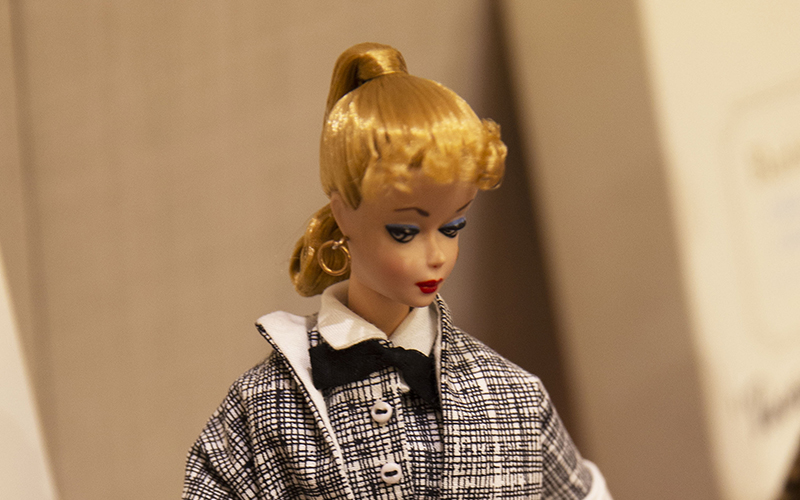 Before the feminist movements in the 1960s, the eyes on Barbie dolls, including this one, were cast downward. Mattel later changed the eyes so Barbie could look forward, reflecting changing attitudes toward women. (Photo by Vivian Meza/Cronkite News) 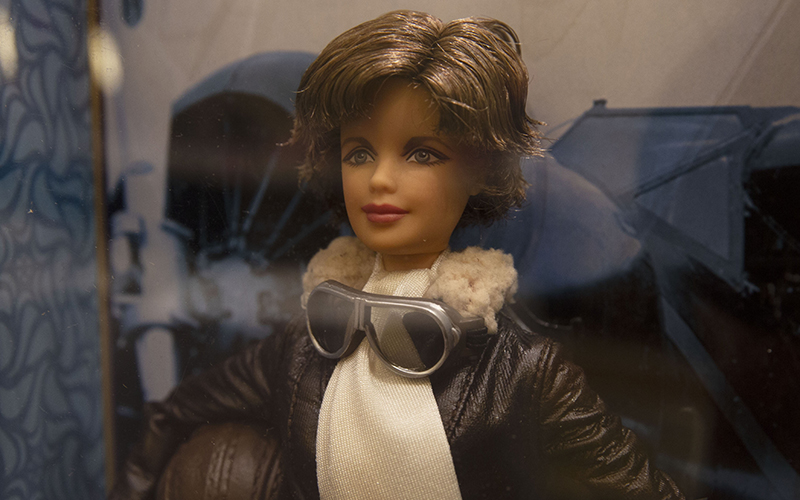 Amelia Earhart, whose plane disappeared over the Pacific in 1937, is included in Mattel's Inspiring Women line. The company says it plans to expand the collection. (Photo by Vivian Meza/Cronkite News).

“If you can’t see it, you can’t be it,” Powers said. “Barbie is aspirational to girls a lot of the time, especially through the careers line. If girls can actually see themselves in these roles, they might have these roles.”

Audiences praised the company for showcasing a diverse set of women that strayed from using the typical actress or pop star as inspiration. Others criticized the fact that most of the dolls still have the same unrealistic Barbie body shape, which often is cited as detrimental to young girls’ self-esteem.

Studies, such as the one conducted by the American Psychological Association in 2008, suggest that exposure to mass media depicting a skinny body, much like Barbie’s figure, may be linked to body-image issues in women. Barbie sales began dropping significantly in 2012, and the company sought new ways to rebrand itself, according to the Huffington Post.

In 2016, Mattel released a line of dolls that strayed from the typical hourglass figure and showcased new body types for Barbie and Ken. Buyers can purchase a curvy, tall, or petite Barbie doll, and a slim, broad, or original Ken doll.

The Huffington Post said sales rose 7 percent in 2016, based on renewed emphasis on diversity like a ” ‘best-selling doll in the Barbie Fashionista line (who) was a brunette Latina with a curvy build and brown eyes.’ ”

Several collectors at the Phoenix convention said they were unhappy that Barbie is straying from its original shape, making it harder to dress the doll and removing some of the fantasy. 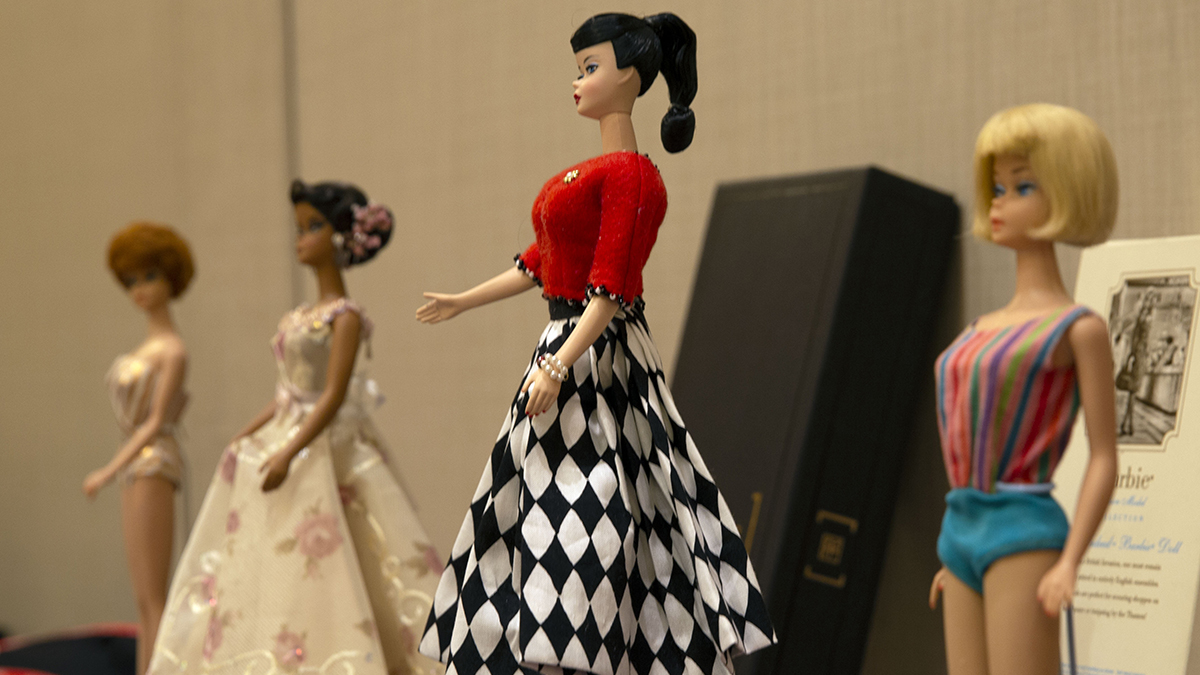 Barbie dolls first hit the stores in 1959 and since have expanded into an empire comprised of toys, accessories, movies, clothing and more. Today, the dolls come in a variety of skin tones, shapes, sizes and occupations. (Photo by Vivian Meza/Cronkite News)

“Barbie is all about dreams. You can dream with Barbie, and you can be anything, of course, because she can give you the chance to transform your life,” Paglino said. “I love to design something that is special to people, that represents what is on the street and also represents a dream for children and collectors.”

Although still more body types, backgrounds and cultures are ahead for Barbie to showcase, Powers said the efforts to mold Barbie into a more expansive reflection of females is ongoing.

“It’s progress, not perfection. We’re still getting there,” she said.