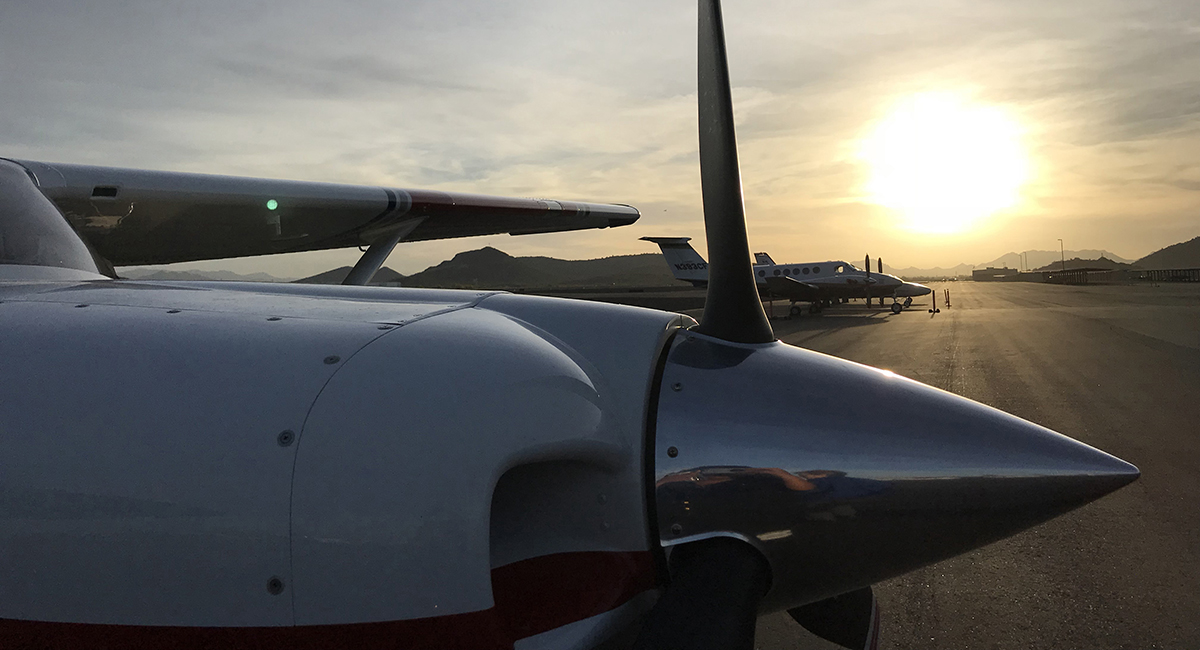 GRAND CANYON – Cadet Amaris Tracy climbed into the cockpit of a small plane, her face calm but her hands shaking slightly.

“I’m really excited to get to fly the plane for the first time,” Tracy said, adjusting her headset. “At the same time, it’s 5,000 feet up in the air and I don’t really know what I’m doing.

“I’m really nervous – what if something goes wrong?”

After all, Tracy, 13, is only in the sixth grade. This was her first time in a plane – and this day, she’d be the copilot.

The Arizona Wing of the Civil Air Patrol is placing cadets as copilots in a series of orientation flights over the Grand Canyon and the Navajo Reservation near Shonto. The patrol, which was formed as a national defense program in 1941, conducts air search operations and offers an aeronautical education to youngsters 12 to 18 years old. Leaders said this is the first squadron on a Native American reservation.

Just after sunrise on one April day, eight Navajo students lifted off, pushed by the tailwinds of tribal history.

None had ever been in a plane until they strapped into the Cessna single-engine plane.

Clad in camouflage and buckled up in the copilot’s seat, Tracy marveled at the experience.

“Honestly, it’s a crazy that they let us do this – crazy in a good way, I guess, because this is such a cool opportunity,” she said.

Second Lt. Frederick Fout, squadron leader and principal of Shonto Preparatory School, said such experiences are elusive for most of his students.

“A lot of the kids based on the Navajo Reservation are from very remote areas,” said Fout, who also is a member of the U.S. Army Reserves. “They don’t have access to these kinds of opportunities. This represents a historic moment for most of these kids and the community.”

“We want to encourage these young cadets to not only push themselves physically but to strive to surpass the barriers that they set for themselves,” Smith said. 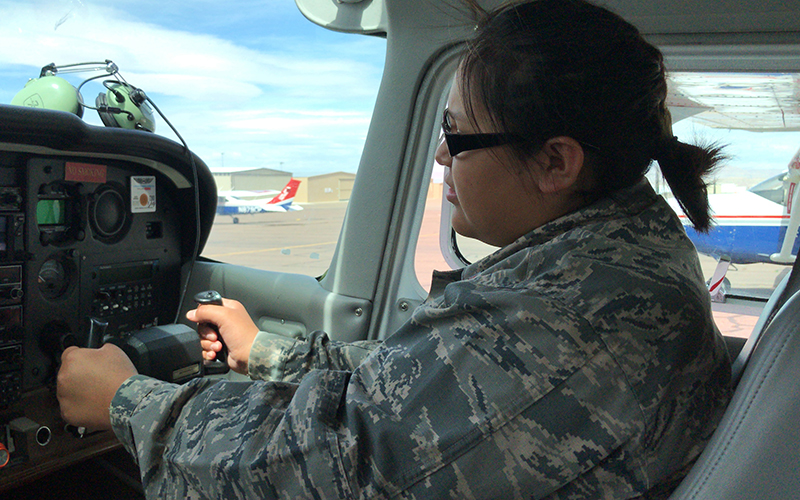 Cadet Amaris Tracy settles into the cockpit and prepares to copilot a single-engine Cessna over the Grand Canyon. (Photo by Olivia Richard/Cronkite News)

The squadron, the newest in Arizona in almost 20 years, was designated the Code Talker Bahe Ketchum Composite Squadron 211.

Bahe Ketchum, a former Marine, was a Navajo Code Talker, recruited to craft the Navajo language into a military code that confounded Japanese troops in World War II.

“The Code Talkers are individuals of great honor for our tribe,” said Ferleighshea Yazzie, the mother of cadet Tymicus Yazzie. “To have my son be a part of that legacy – wow, it makes my heart want to burst with happiness.”

The eight-decade-old cadet program offers students the chance to advance in a military career, Morris said.

Tymicus Yazzie said he wants to join the Air Force after he graduates. 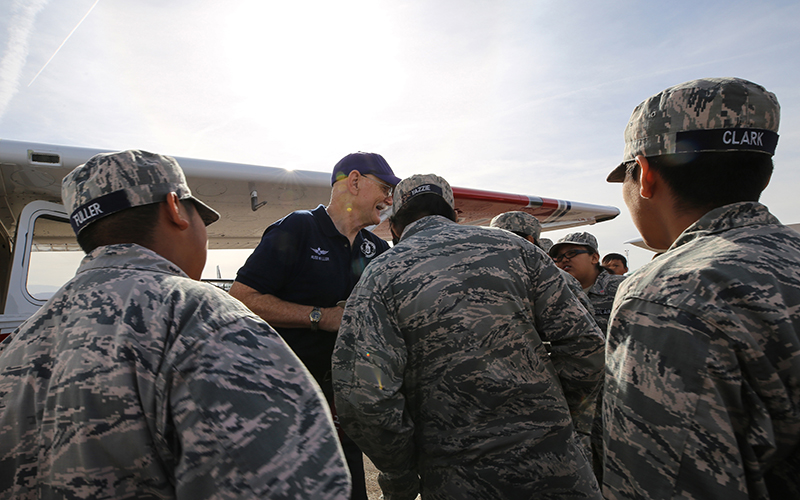 Cadets listen to a briefing from Second Lt. Frederick Fout of the Civil Air Patrol before heading out for orientation flights. (Photo by Olivia Richard/Cronkite News)

Flying toward the future

Dakota Ross, who comes from a line of military veterans, said the day held special significance.

“My dad is a veteran, and he served very bravely,” Ross said. “So did my brother. I just want to make them proud.”

“For so many of the kids in this program, being a part of the CAP and getting to wear the uniform, is like a badge of honor,” he said.

Ferleighshea Yazzie said she was nervous and proud as she watched her son soar over the canyon.

“Watching my son take off – oh my gosh, it was scary. But at the same time I’m excited for my son,” she said.

After the plane descended and glided to a stop at Page Airport, Tymicus Yazzie got out and kissed the ground.

His fellow cadets shared his sentiments.

“I definitely want to do it again,” Ross said, laughing. ” I just don’t want to do it right away. I’m not sure my stomach could handle it.” 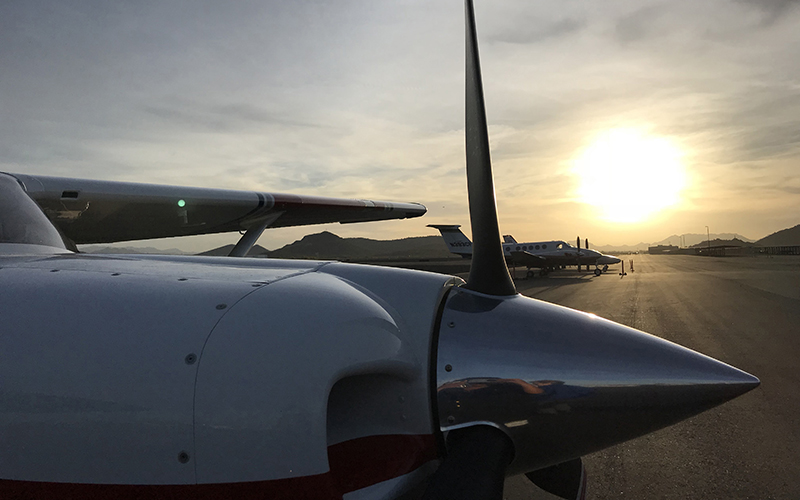 Just before sunrise, Civil Air Patrol cadets prepare for their first flights over parts of the Navajo Reservation and the Grand Canyon. (Photo by Olivia Richard/ Cronkite News)