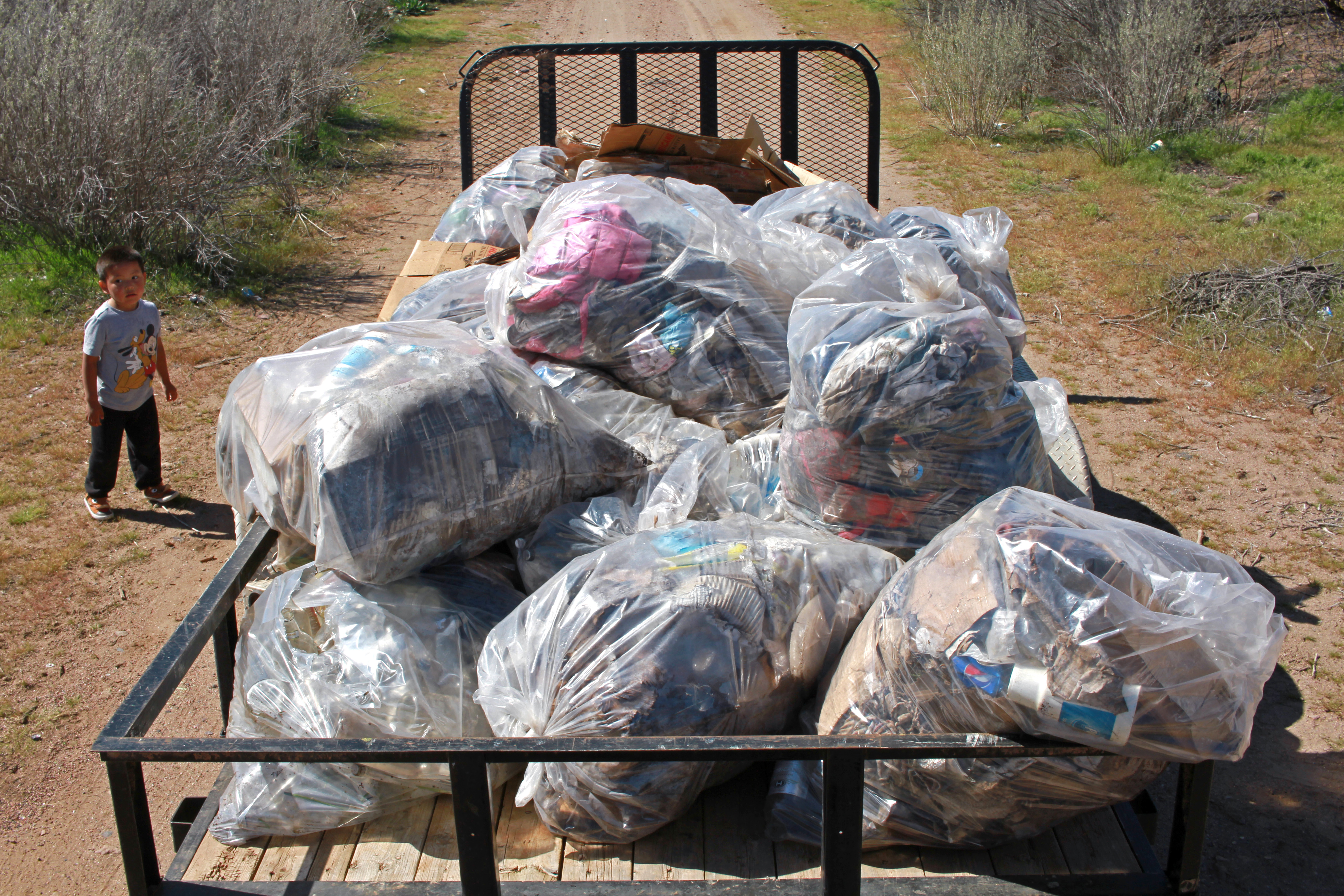 A MOUNTAIN OF TRASH

The San Carlos Apache struggle to deal with garbage

On a riverbank in Arizona’s San Carlos Apache Indian Reservation, residents take part in vibrant ceremonies practiced for generations, celebrating a woman’s coming of age or praying for a sick person’s recovery.

But to do this, they must ignore sprawling piles of trash just feet away.

Torn up mattresses, rusted out appliances, broken glass, adult diapers and all manners of household rubbish sit abandoned under the cottonwood and mesquite trees that line the river.

“Us Apache, we know what this means,” said community member Christina Nosie pointing to a ceremonial structure made of tree limbs. “But look, they still come over here and dump.”

Facing a 25-mile drive to the nearest landfill or a monthly bill from the troubled trash collection service, many residents turn to illegal dumping. Even while Nosie and other locals have helped organize community cleanups and used the tribe’s radio station to publicly discourage dumping, the trash continues to pile up and similar stories are unfolding all across the nation’s second-poorest reservation.

Dozens of illegal dumping sites litter the San Carlos Apache Indian Reservation, putting the health of the people and their environment in jeopardy.

The cost and logistics of transporting trash to the Gila County Landfill outside the reservation puts immense strain on tribal sanitation companies.

The tribe’s Mt. Turnbull Sanitation Service started in 1985, but today, acting director Christina Pike said it lacks the customer base and funding to properly service the entire reservation. 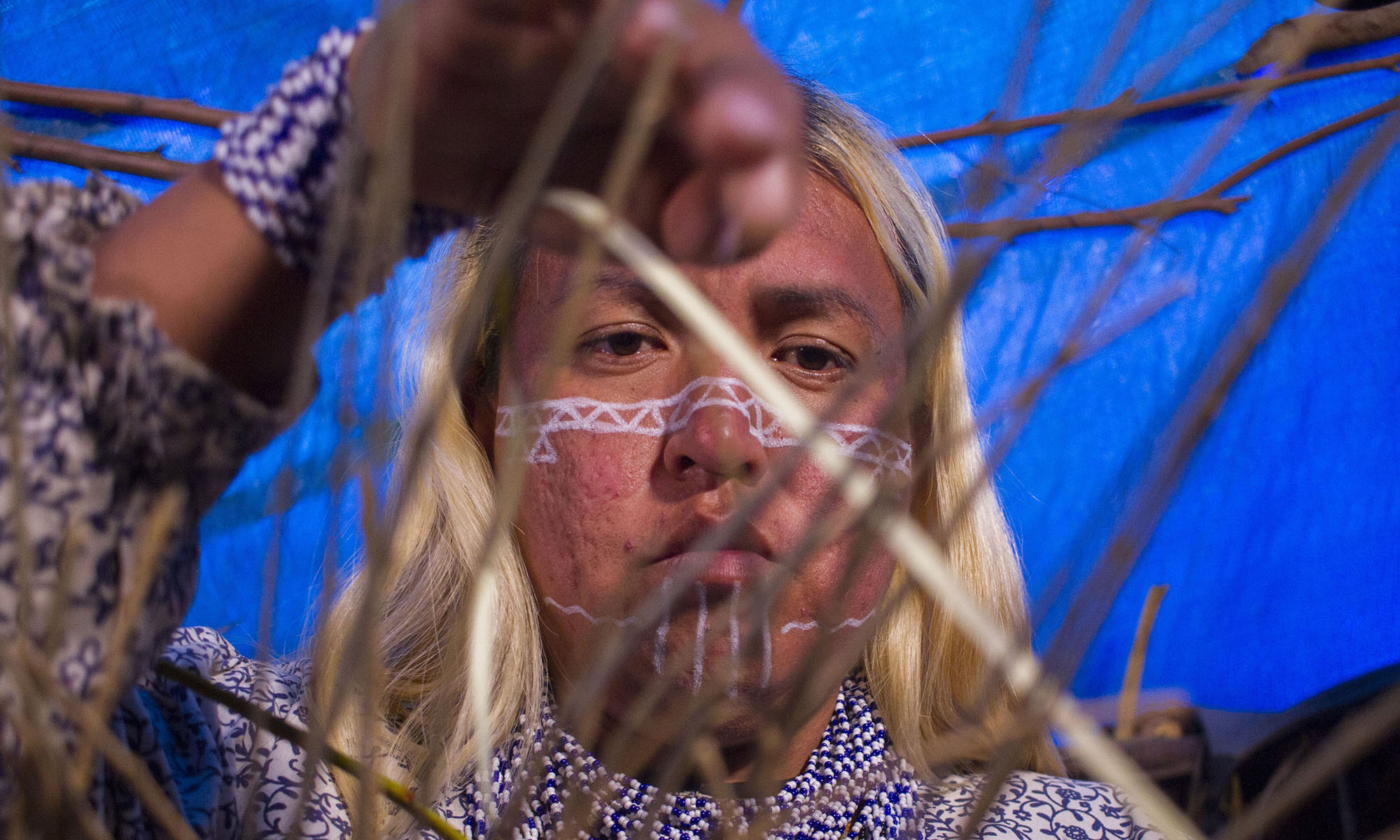 Timothy “Twix” Ward weaves a basket in her traditional home made of tree limbs and tarps on the San Carlos Apache Indian Reservation in eastern Arizona. 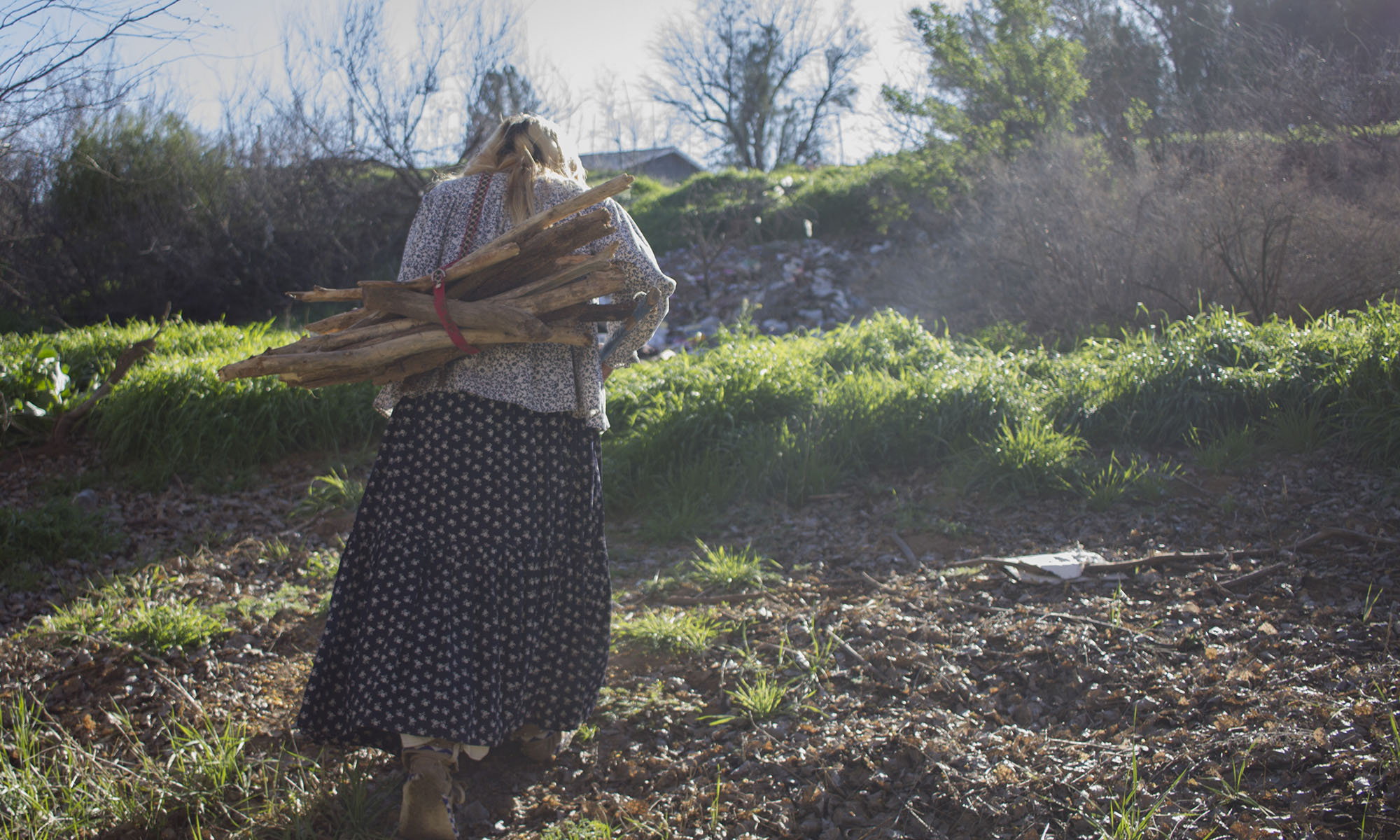 Timothy “Twix” Ward carries firewood up the hillside behind her house on the San Carlos Apache Indian Reservation. 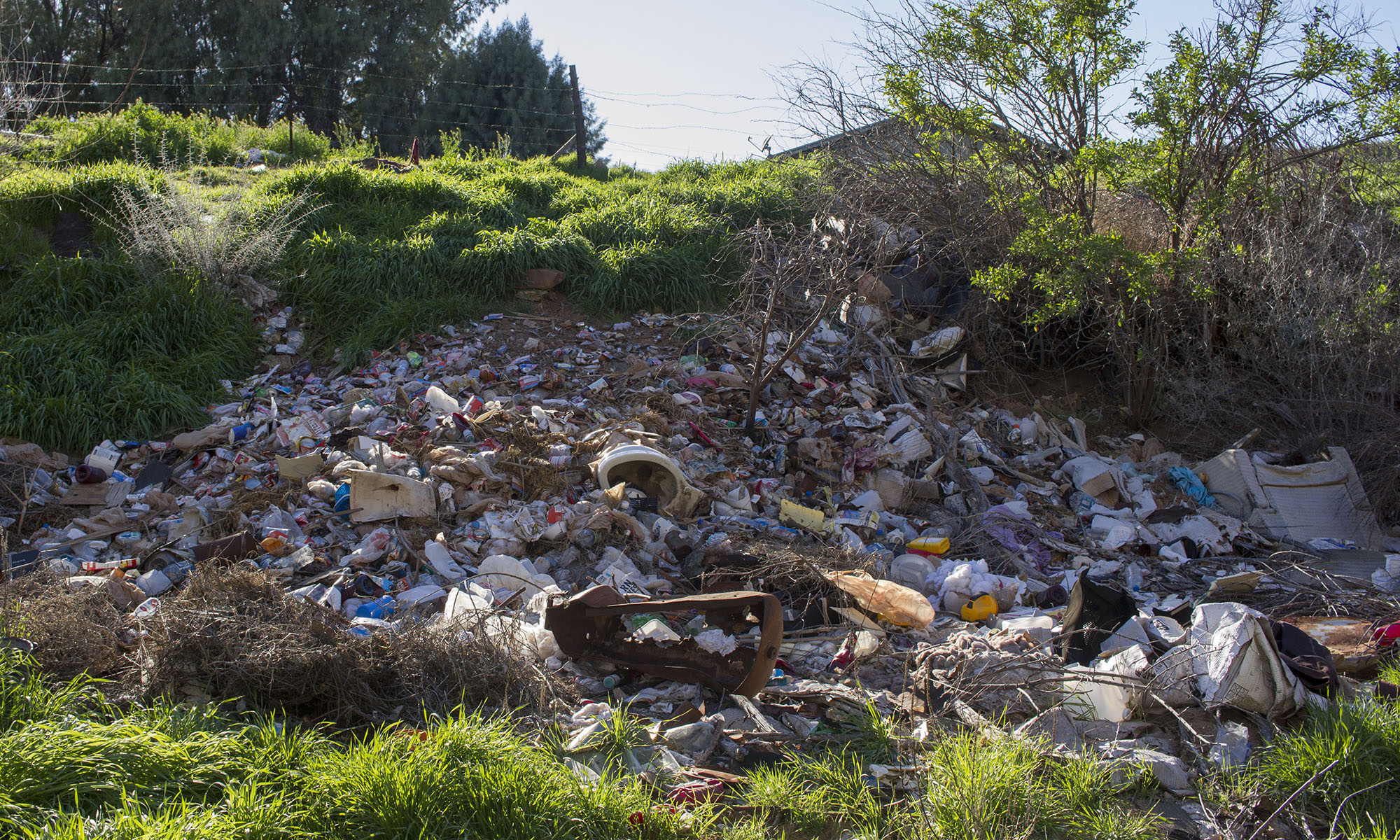 A pile of trash sits behind a house on a river bank on the San Carlos Apache Indian Reservation. 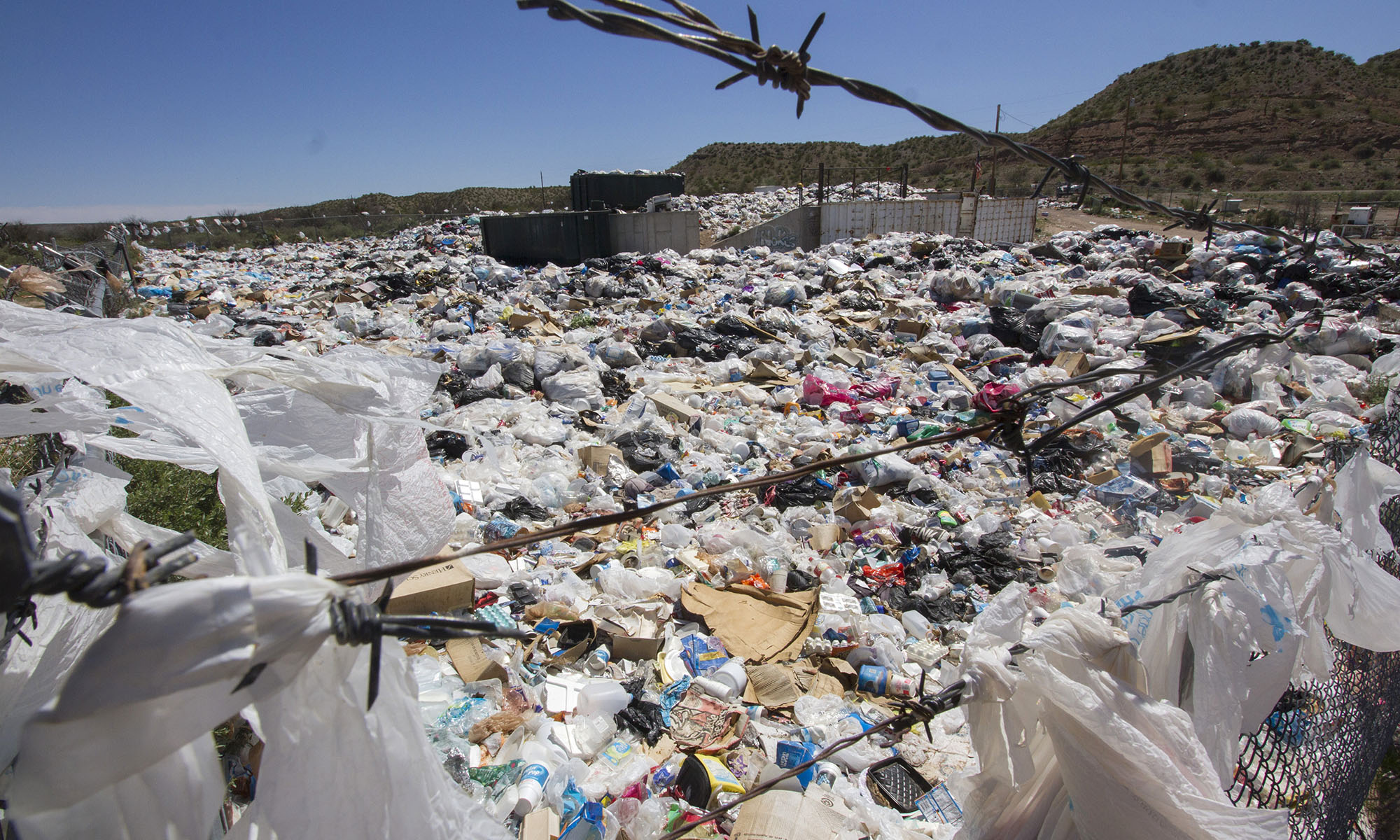 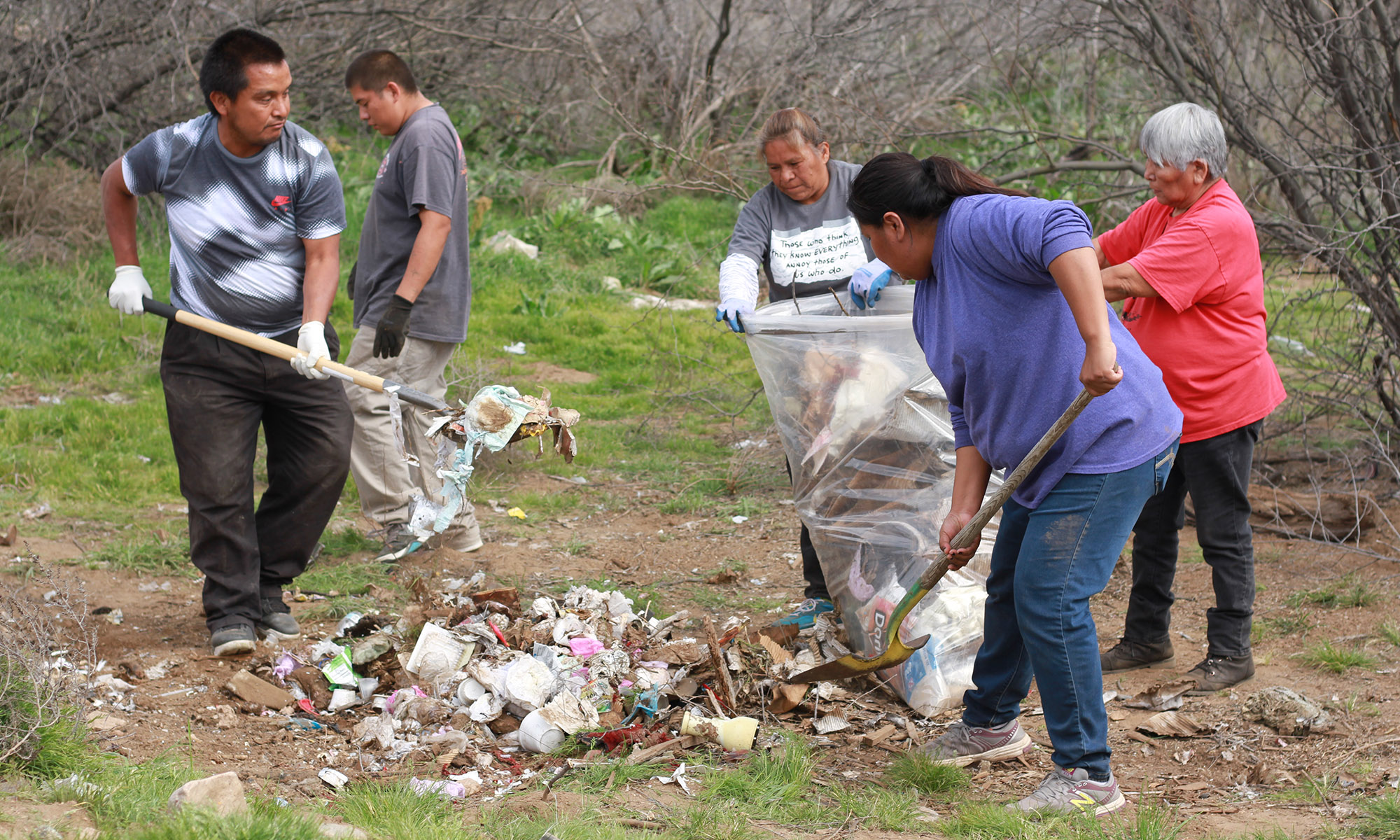 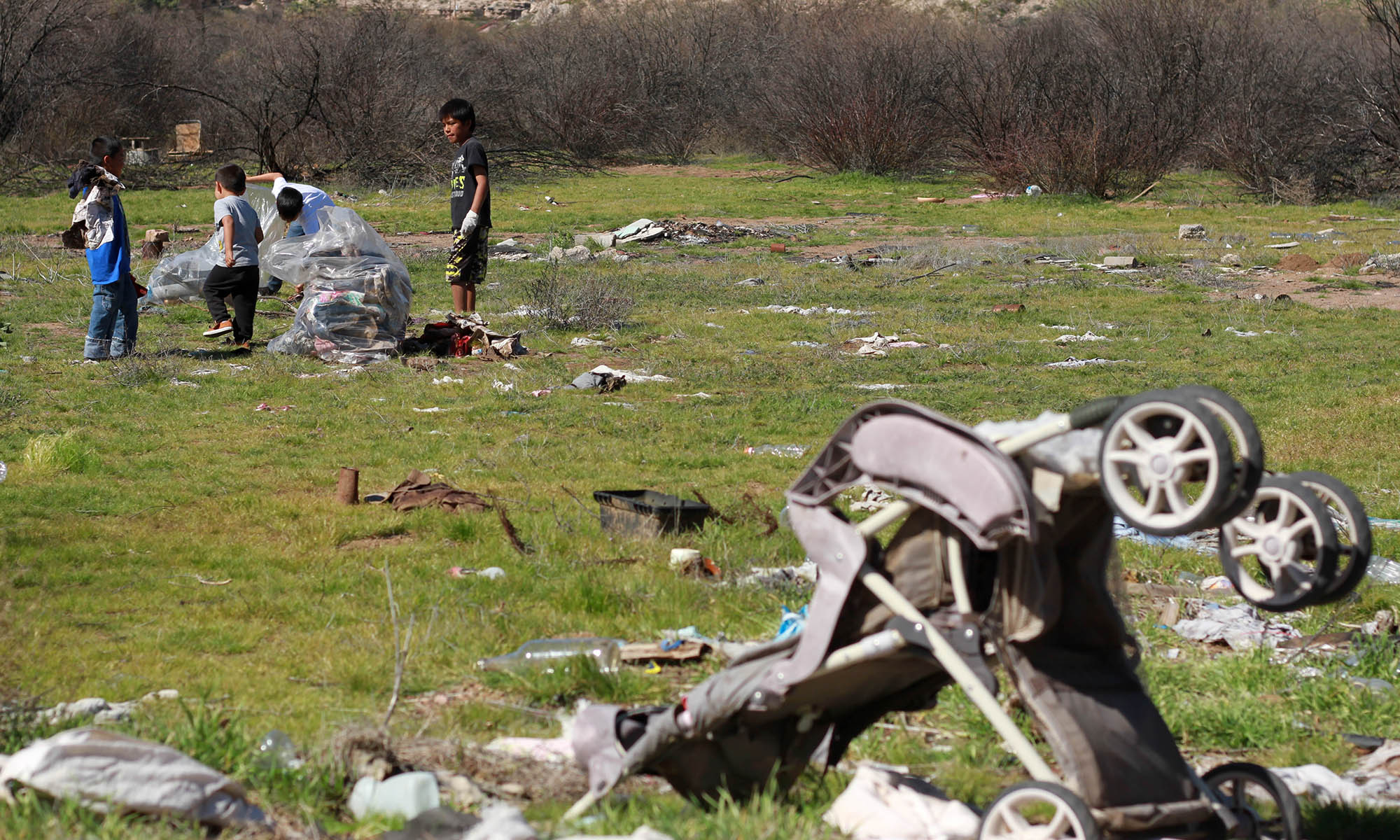 A group of kids pick up trash during a community cleanup of an illegal dumping site on the San Carlos Apache Indian Reservation. 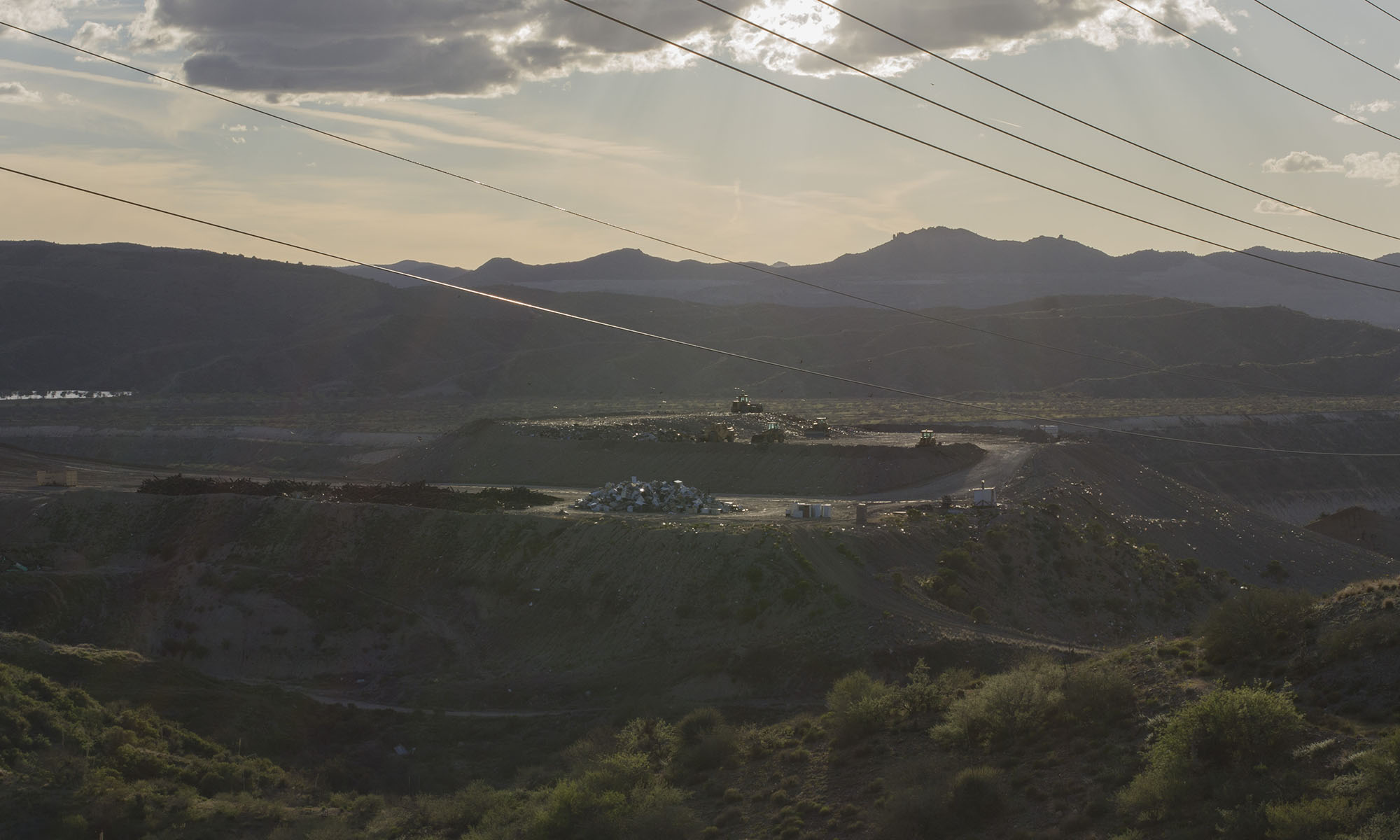 The Gila County Landfill near the town of Globe sits to the west of the San Carlos Apache Indian Reservation in eastern Arizona. 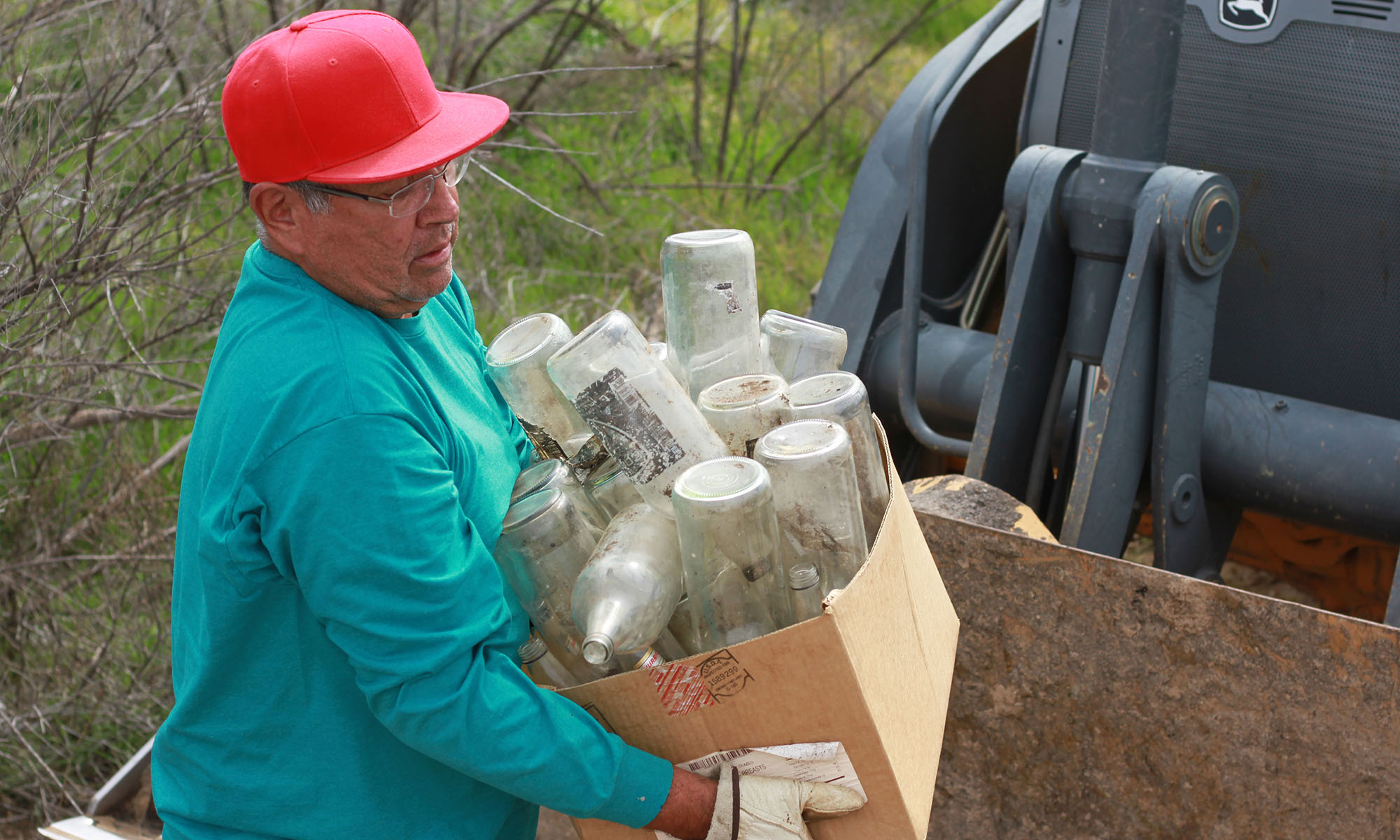 Timothy “Twix” Ward weaves a basket in her traditional home made of tree limbs and tarps on the San Carlos Apache Indian Reservation in eastern Arizona.

Timothy “Twix” Ward carries firewood up the hillside behind her house on the San Carlos Apache Indian Reservation.

A pile of trash sits behind a house on a river bank on the San Carlos Apache Indian Reservation.

A group of kids pick up trash during a community cleanup of an illegal dumping site on the San Carlos Apache Indian Reservation.

The Gila County Landfill near the town of Globe sits to the west of the San Carlos Apache Indian Reservation in eastern Arizona.

The company operates solely on revenue from customers according to Pike, who said “probably not even half” of San Carlos’ residents pay for the $20 per month trash bin.

Two of the company’s six trucks are in disrepair and the waste transfer sites the company operates on the reservation are overflowing.

“We can’t take (trash) to the transfer stations because the bins are all full,” Pike said.

“We have the community throwing the trash over the fence or piling it up against the gate.”

The Calva transfer station run by Mt. Turnbull near the town of Bylas is particularly troubled:

“The income they’re on is what they get on the first of the month,” Anderson said during a recent cleanup event in the town of Bylas. “There’s nowhere else but to dump their trash in their own back yard.”

Many have suggested that building a landfill on the reservation will solve the dumping problem, but others resist, saying there’s no money for such a project and that it would disrespect land important to their traditional beliefs.

Anderson supports a landfill, but says “It’s just the fact of putting funds to it.”

The reservation used to have a landfill, but it was shut down by the tribe in the late 1980s. Anderson said there’s been talk of a new landfill for decades.

In lieu of a new landfill, San Carlos resident Christy Sangster Begay began recycling in her district of Seven Mile. She said the trash problem is deeply rooted in the tribe’s rocky history.

The San Carlos Apache traditionally pray to the fertile rivers and dramatic landscapes that spread across their reservation.

Residents like Larry Black feel as if these traditions are being buried as the trash continues to pile up.

“We came from the Earth, God made us from the Earth, and look at what we’re doing, we’re trashing it,” Black said. He and his wife, Pam Black, recalled the times before trash started accumulating.

“We were raised out here playing out in the river,” said Mrs. Black during a community cleanup on the banks of the San Carlos River.

That day, 30 community members at one dumping site in the Seven Mile District filled three, roll-off dumpsters with everything from abandoned strollers to 40-ounce glass beer bottles.

These recent cleanup efforts are making a dent in existing dumping sites, but they fail to address the root of the problem: funding and enforcement.

Today, someone who dumps illegally in San Carlos is unlikely to be caught, according to Elliott Talgo Sr., a San Carlos tribal Environmental Protection Agency employee.

Talgo said just four Game and Fish rangers give out tickets for illegal dumping across the entire reservation, and the four tribal EPA employees are not authorized to give citations.

Developing solid waste management plans for reservations is a responsibility of the EPA under the GAP Act. In San Carlos, Talgo said the EPA’s main contribution to waste disposal is one pickup truck and trailer full of old appliances each week.

Talgo is also the former director of Mt. Turnbull Sanitation and said he sees inherent problems in the company’s business model.

“The program needs funding,” Talgo said. “I think people can afford it, they just don’t want to pay.”

Instead of depending on an unreliable base of customers to pay up, John Antonio Jr., a Seven Mile District Tribal Council member said the tribe should subsidize the trash service for all residents.

Antonio said he opposes a landfill, and instead suggested that changing the rules around water is the solution to the trash problem.

Four years ago, the tribal council began to waive the water bills of elders, or residents over age 55, according to Antonio. Due to this he said many younger residents pile into the homes of elders to get free water.

“If there’s going to be three or four different families in a house and you have one trash container, it’s not going to take long to fill that up,” Antonio said.

To tackle the trash problem that plagues the San Carlos reservation, Antonio said the tribal council should fully fund Mount Turnbull Sanitation to ensure free trash pickup for all residents instead of free water for elders.

“We all say ‘water is life.’ We’ve got to take care of our water,” Antonio said. “That’s how we’re gonna do it, by taking the trash off the reservation.”

However, for now, the tribe is undecided on a solution to the trash problem.

Sitting at her recycling facility, Begay said a simple look at the past should motivate the tribe to act now.

“The only thing we find from our ancestors are baskets and pottery,” Begay said. “What are we giving our kids? We’re giving them mountains of trash.”