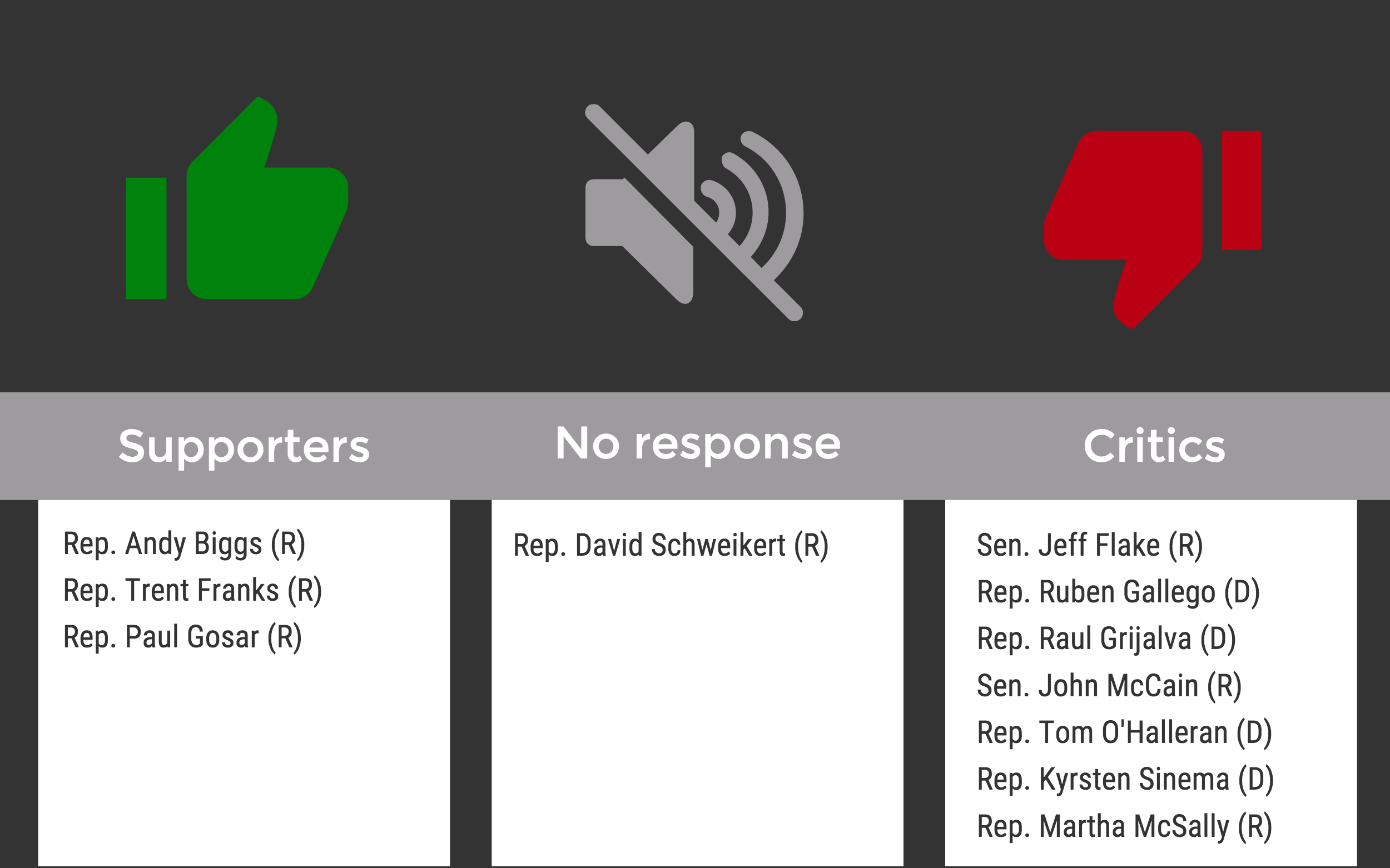 President Donald Trump is facing criticism after signing an executive order on Friday that created a travel ban from seven predominantly Muslim countries. The executive order affects refugees from any country and most travelers from Iran, Iraq, Syria, Sudan, Libya, Yemen and Somalia.

While a few of Arizona’s members of Congress are silent on this issue, others have taken a stance either against or in support of Trump’s executive order and travel ban.

Read below to find out what each representative has said:

“President Donald Trump’s recent executive order to strengthen and control our immigrant vetting system is rooted in a sincere desire to prioritize the safety and security of Americans, and is based on historical precedent. This order is exactly what President Trump said he would do during the campaign, and he should be applauded for following through with his promises. The United States of America will always be a nation of and compassionate to immigrants, but we must ensure the safety of American citizens above all else.”

“President Trump and his administration are right to be concerned about national security, but it’s unacceptable when even legal permanent residents are being detained or turned away at airports and ports of entry. Enhancing long term national security requires that we have a clear-eyed view of radical Islamic terrorism without ascribing radical Islamic terrorist views to all Muslims.” 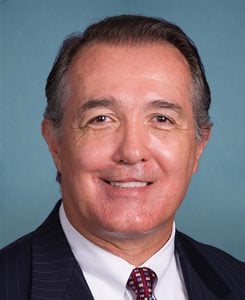 “I agree with the President’s statement on the Executive Order on immigration. Once the implementation has been smoothed out, the Executive Order will ultimately ensure those who want to come to America, those who respect and share our values, will find a welcome refuge through “the golden door.” Those tired, poor, and huddled masses, those homeless and tempest-tossed, who are willing to respect our Constitution and way of life, will be granted asylum and maybe even a new home. Those who wish to do us harm or who despise the values which make us great will no longer be naively welcomed with open arms.”

“I fully support President Trump’s Executive Order to strengthen our immigration and refugee screening process. We know for a fact that terrorists are trying to infiltrate the ranks of refugees and other visitors coming to the United States . . . This temporary pause in accepting refugees and immigrants from terrorist strongholds is not only legal—it is the necessary first step to positively reforming our refugee program. Above all else, this action will uphold the most important job of the federal government—to provide for the national defense of the American people.”

“The United States of America has never known a politics as toxic as this. We’ve never had a leader craven enough to praise the very bravery in others that he refuses to exhibit in himself. Donald Trump’s cowardice defines our national policy and reflects on our values for as long as he holds office, and I hope for all of our sakes, and for the sake of desperate refugees, that time period is as short as possible.”

“We are a nation of immigrants but that must be balanced with the foremost priority of the federal government – protecting the American people. I served on a Congressional task force focused on combating ISIS that found very real and dangerous gaps in our vetting processes… However, I have concerns about certain individuals being denied entry, such as green card holders, those who served alongside our military, and partner military service members who train here, such as Iraqi pilots in Tucson. Those issues must be addressed and remedied immediately.” (Source: KGUN9-TV)

“President Trump’s broad executive order banning refugees from entering our country fails to make America more secure. This executive order does not represent our nation’s values. We can ensure refugees and immigrants coming into our country are properly vetted without violating our Constitution or the bedrock ideals of our democracy.”

“Yesterday’s executive action banning refugees violates fundamental American values. We do not turn our backs on families and children fleeing persecution, genocide, and war. They come to the US, they come to Arizona, for the same reasons our forefathers did – to live in a land of freedom, liberty and justice for all. In America, we judge not on where a person is from or on one’s religious beliefs, but on the content of one’s character.”