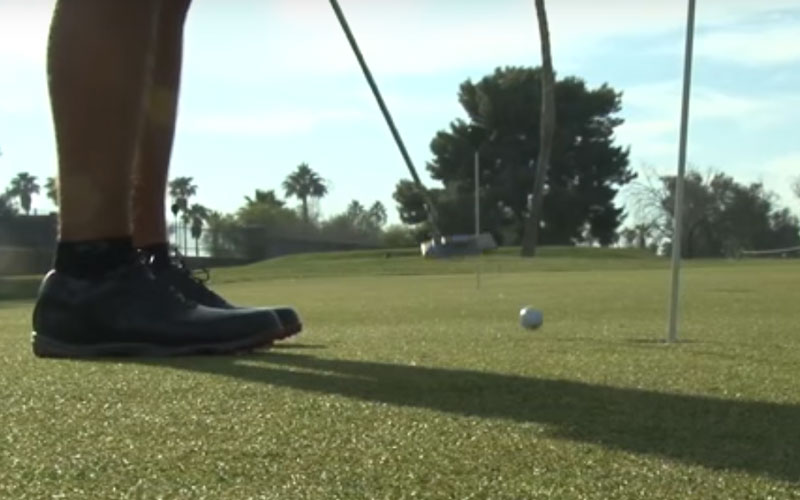 According to the National Golf Foundation, just 8.5 percent of Americans aged 6 or older played a round of golf in 2014, the lowest recorded total in at least 20 years. (Photo by Kerry Crowley/Cronkite News) 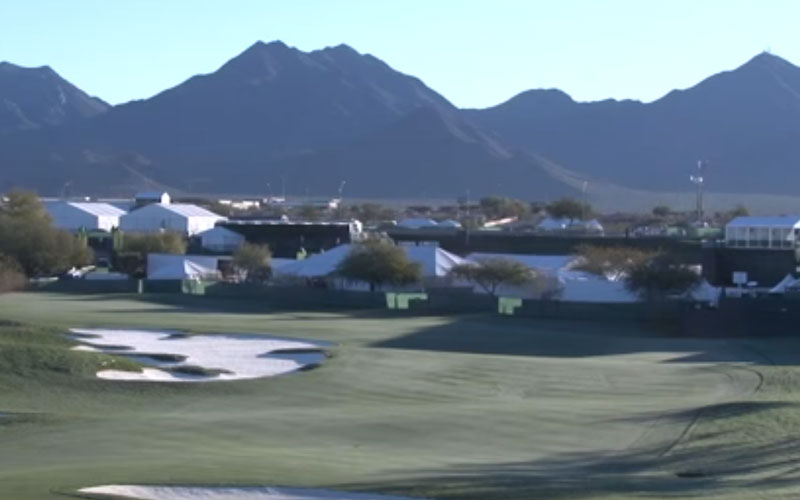 In 1997, golf leaders developed an initiative called The First Tee, geared toward attracting young golfers to the game. (Photo by Kerry Crowley/Cronkite News)

Rickie Fowler and eventual tournament champion Hideki Matsuyama riveted the audience in the final round, battling through a four-hole playoff before Matsuyama emerged victorious.

But there’s growing concern in the industry that events like the Phoenix Open are covering up troublesome trends threatening to plague the sport.

According to the National Golf Foundation, just 8.5 percent of Americans aged 6 or older played a round of golf in 2014, the lowest recorded total in at least 20 years. As interest in the sport dwindles, the Phoenix Open is the exception to the rule, thanks to its 16th hole party atmosphere driven largely by 20-somethings. Should golf take a hint?

In 1997, golf leaders developed an initiative called The First Tee, geared toward attracting young golfers to the game. The program’s growth paralleled the rise of Tiger Woods in the sport. Since 1997, the program has attracted 10.5 million golfers, including 4.1 million in 2014, according to PGA Commissioner Tim Finchem.

Considered one of the most dominant players in the history of the game, Woods owns 79 tour victories, including 14 major championships. At the height of his career, his immense appeal turned golf tournaments into appointment television, but since the middle of 2013 injuries have hindered Woods’ ability to compete.

Over the past two years, Woods has competed in only 18 tournaments, making just 11 cuts and recording just one top-10 finish. Bob McNichols, general manager of the Longbow Golf Club in Mesa, aid the sport needs to find a compelling character who can restore the sport’s television attraction and, in turn, inspire younger competitors.

“The thing the industry has to do, I think, to survive, is make golf fun again,” McNichols said. “And by that I mean, the trend became to watch the pros on television and aspire to play golf like they do.”

Woods’ decline has had ripple effects throughout the game. Tour pros are now vying for a sizeable market share of fans as young golfers look for the next household name to emulate.

Emerging fan favorites like Jordan Spieth, Brooks Koepka and Fowler are revitalizing the game with low scores and a flair for the dramatic. They are also taking to heart the opportunity to become role models for the next generation.

“To have partnerships like I do with the PGA, with the junior league there, to also be doing some stuff with the American Junior Golf Association, and then to have the fan base that I have, it’s grown over the years,” Fowler said. “It’s really cool, it’s an honor to be in my position, and it puts things into perspective out there.”

Though skeptics have expressed concerns about the future of the sport, Koepka believes the younger golfers he’s watched possess the talent and skills to spark new interest in the game.

“You look at guys like Jordan (Spieth), myself, Rickie (Fowler), there’s so many role models and I think that kids nowadays have so much more of an advantage with things like Trackman (a ball flight data and swing analysis program) and stuff like that,” Koepka said. “It’ll be interesting to see when I’m 45 how good these kids are. Because I’ve seen some of them that are in high school, that are in college now, and they’re so much better than I was in the process.”

Few states are as critical to the future of golf as Arizona, which enjoys a dry, desert climate, allowing young players to hone their skills year-round.

“I think it’s the weather, honestly. A lot of states don’t get to play all year, so the number of golf courses we have, the year-round weather, it’s easy to be pretty good from here,” Kerley said.

Thunderbird High senior Scott Redelsperger attributes much of his success as a golfer to his ability to play throughout the year. An Arizona native who spent part of his childhood living in Montana, Redelsperger said the competition is fierce in his home state, but that the difficult nature of local tournaments helps breed more talented players.

“Growing up in Montana, it’s not that competitive, and when you go here, I mean everyone’s just so good,” Redelsperger said. “It’s hard to win. In Montana, you could go out and play decent golf and get a place, but here you have to play great week in and week out. You rarely hear of a kid that doesn’t get recruited out of Arizona.”

Redelsperger was among a large contingent of high school golfers who attended the Phoenix Open, where young players enjoyed their lone annual opportunity to watch a PGA Tour tournament in Arizona.

Tour pro Daniel Summerhays offered a skills clinic to high school players at the Phoenix Open. He said he makes events like the Phoenix Open a priority because of the opportunity to build connections with young golfers and grow the game.

“I love it. Hopefully, I can reminisce with (clinic participants) out there, give them a high five or a thumbs up and make them feel special,” Summerhays said. “And as that happens I feel good and less nervous, so it’s a win-win situation.”

Though the future of golf remains uncertain, the record crowds at the Phoenix Open and promising statistics of junior golf participation suggest a market for the sport still exists. According to the National Golf Foundation, 3.2 million juniors played golf in 2015, the highest recorded total since 3.8 million juniors played at the height of the Woods era in 2005.

While participation across the sport has dropped 17 percent over the last 10 years, an increasing amount of juniors, females and beginners have taken to courses during that span, which may be precisely what the golf industry needs to thrive in the future.