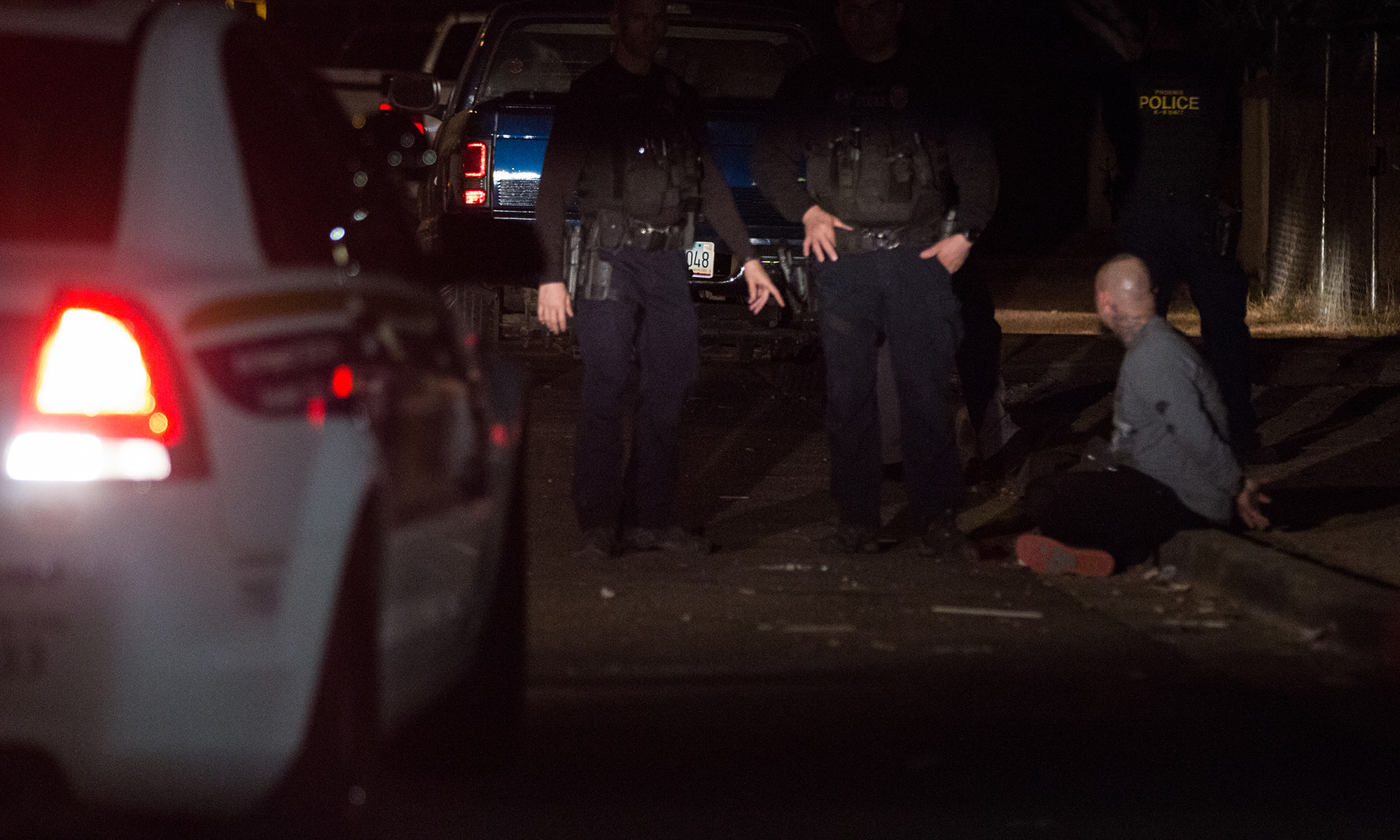 Part two of a four-part series

More than 70 percent of Americans believe police departments should have a similar racial composition to the communities they serve, according to a poll conducted for “Race and Policing in America: Conflict and Reform.”

However, some research shows that adding more minority officers to a police force isn’t a panacea to improving community relations and stopping behavior such as racial profiling because there isn’t a strong correlation between officer race and how they treat people. Other studies dispute those findings.

But most experts agree on one thing: Large disparities between a department’s diversity and that of the community can have “symbolic effects” – such as diminishing trust and confidence in police. Experts also say diversity could help overcome language barriers and perception problems.

“It’s not gonna solve the problem,” he said. “It is not the solution to the problem, but there are a lot of benefits that a person of color can bring in any workforce environment.”

While 44 percent of Arizonans are non-white, non-whites are underrepresented among officers in nearly every Arizona police department represented in a 2013 Bureau of Justice Statistics survey, according to a Cronkite News analysis of the data, the latest available.

That imbalance may be one reason tensions between law enforcement and the communities they serve have increased in recent years.

“We have a terrible relationship in Arizona between the police, law enforcement and communities of color,” Ybarra Maldonado said. “People are very leery of the police. They’re actually afraid of the police, and it’s something that we definitely need to work on here in Arizona.”

Forty-six percent of Arizona voters believe police treat people differently based on the civilian’s race, according to a 2016 Arizona Republic/Morrison/Cronkite News survey.

But some experts say it’s not necessarily the officer’s race that makes a difference during interactions.

John Shjarback, an assistant professor in the Department of Criminal Justice at the University of Texas at El Paso, has researched the link between officer diversity and community relations. He found that simply increasing diversity in a police force did not solve a lot of policing-related problems.

He said research has shown no relationship between an officer’s race and how they treat members of the public.

Ronald Weitzer, a George Washington University professor and sociologist specializing in criminology, wrote in an journal article that socialization has more influence on how officers behave.

“It’s really not the race of the officer that makes a difference, but it’s their occupational identity,” he told Cronkite News. He said all police graduates tend to adopt a uniform identity, and all police must enforce the same laws.

However, another recent study that examined uses of force in seven police departments across the country found that white officers used greater force on black suspects than they did on white suspects.

The study, co-authored by Arizona State University Professor William Terrill, suggests possible bias on the part of white officers. However, it “by no means proves it,” according to the university.

“This is not, in any way, to say that police officers are ‘racist,’ but it is to say that race cannot be dismissed,” Terrill said in an ASU news article.

The study acknowledges that increasing diversity is not an end-all solution: “In all, though, hiring more black officers is not a panacea for the ills plaguing police departments serving minority communities.”

Even when a police department does more closely reflect the community, it does not necessarily ease community tension and reduce racial profiling.

In Baltimore, black officers make up 42 percent of the force, well above the national average. Still, a 2016 report by the U.S. Justice Department found the city had widespread problems resulting in people of color disproportionately being stopped, searched and arrested.

The city’s black residents comprise 63 percent of the city, but account for 86 percent of all criminal offenses. The report also found that 44 percent of unjust stops were made in two primarily black neighborhoods, which only housed about 11 percent of Baltimore’s population. 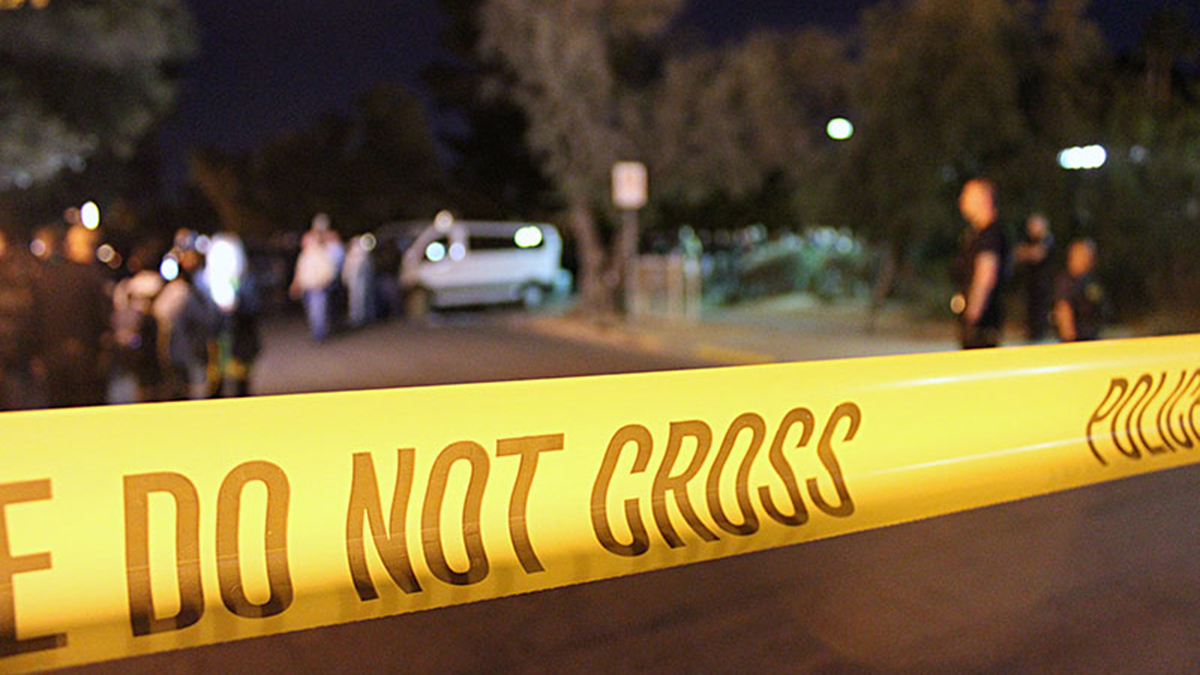 Some examples indicated that even when a police department does more closely reflect the community, it does not necessarily ease community tension and reduce racial profiling. (Photo by Charlene Santiago/Cronkite News)

Frankie Tso, a Navajo who lives in Flagstaff, was 17 when he had his first encounter with police. He said a Flagstaff officer stopped him as he walked home from a friend’s house and told him he fit the description of someone who stole a 30-pack of beers from Safeway.

White officers make up nearly 88 percent of the Flagstaff Police Department, according to the department’s latest annual report. But for Tso, it doesn’t matter what the officer looks like: He doesn’t trust police.

For some officers, stepping into a uniform shifts their loyalties.

“You’ll hear the phrase: You’re not black now, you’re a cop that happens to be black,” Davis said. 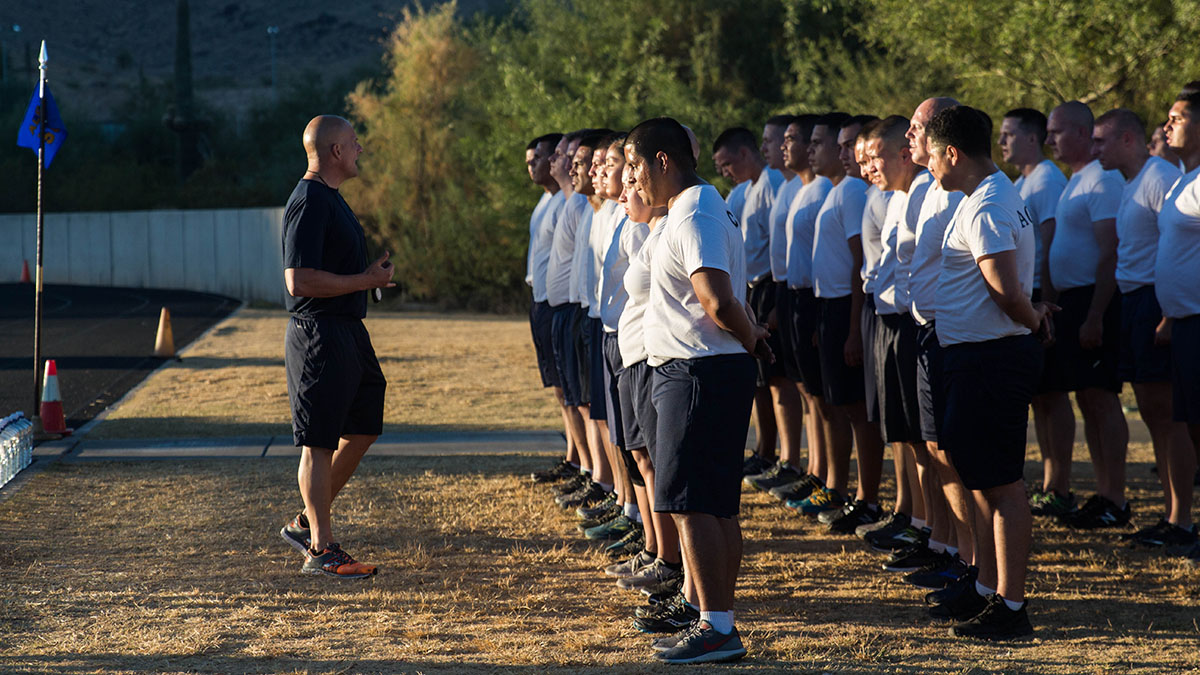 Recruits stand at attention after completing a run during their 16-week training at the Arizona Law Enforcement Academy. (Photo by Tynin Fries/Cronkite News) 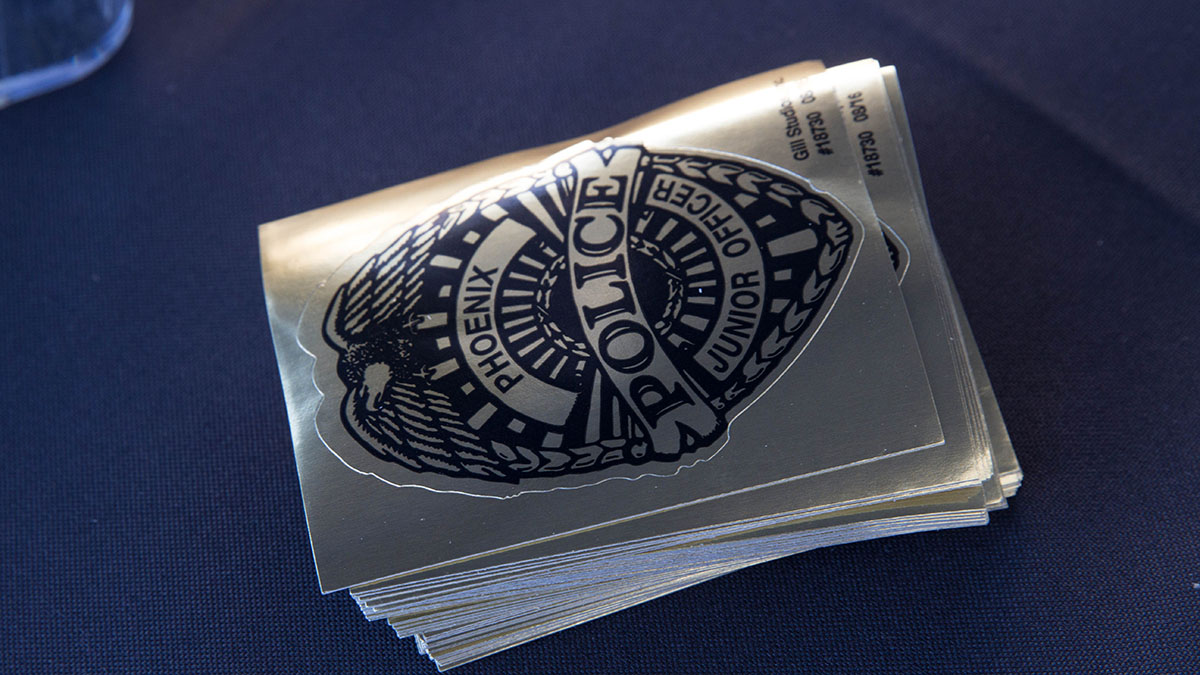 Officers gave out sticker badges to children at the Native Health Open House in Phoenix on Saturday, Oct. 14. (Photo by Jasmine Spearing-Bowen/Cronkite News)

Ybarra Maldonado said it’s that “blue culture” that could even lead to additional problems. For example, he said police often have the perception that “brown is bad” and illegal.

“When (officers) are part of the law enforcement culture, racial profiling is ingrained. It’s in the locker room, on the lunch talks, in the cars when they’re on patrol,” Ybarra Maldonado said. “Simply being black or brown doesn’t take racial profiling out of the equation.”

Data does show a connection between race and police searches and arrests in Arizona.

When it comes to searches, Latinos, African-Americans and Native Americans are two times more likely than whites to be searched when they’re stopped while driving a car, according a Cronkite News analysis of 2011-2015 data from The Stanford Open Policing Project.

Ybarra Maldanado’s wife, Angeles Maldonado, is a scholar and activist with the Institute for Border Crit Theory, a nonprofit that promotes new education theories on borderlands and race. She sat on the community advisory board that stemmed from the racial profiling lawsuit Melendres v. Arpaio. She said racial profiling will continue – even with changes in training and policies – unless cultures change.

“Even if you hire new officers, and they’re going there with the best intentions, if the policing culture is one where racial profiling is happening, (it) is likely that they will do the same thing,” Maldonado said.

She said officers of color may even racially profile people of their own race more often.

“You are likely to discriminate or oppress people of your own race simply because you associate those practices with being closer to power,” she said. 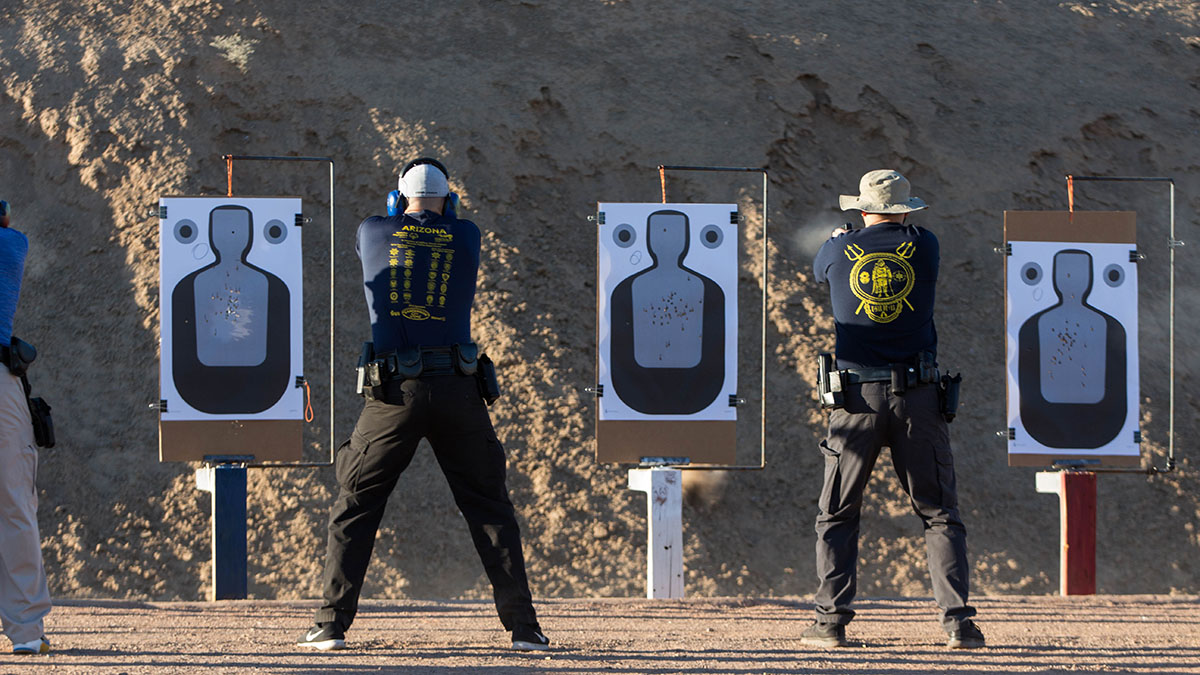 Grace Gamez, program coordinator of American Friends Service Committee, a nonprofit in Tucson, said officer training plays an important role in changing the culture. “Whether it’s a white cop or a cop of color, if they’re trained within the same logics, chances are the results will be pretty similar,” Gamez said.

Other community activists argued that if people want to see real change, they need to start looking at the laws themselves. After all, officers must enforce the laws, even if they disproportionately impact a minority community.

For example, Senate Bill 1070, the controversial immigration law that allows officers to inquire about a person’s immigration status during a lawful stop, targets mainly Latinos.

“These laws are not designed to aid us, help us. They’re designed to make sure that we stay in our place by the lawmakers,” Muhammad said.

Shjarback agreed that increasing diversity among lawmakers may make more of a difference than than the “statistical matching of an organization to the community.”

Although some studies show adding more diversity to a department may not have a tangible effect on police behavior, advocates say it does make a difference in how communities feel about police.

“If a police officer is going to be effective, they have to have the trust and the presentation of integrity,” said Hilary Shelton, senior vice president for policy and advocacy for the NAACP.

Even Weitzer, whose study found that an officer’s race “doesn’t really have much effect on the ground,” said that it “does have an effect on the reputation of a department, its image and how people interpret police behavior.”

“You’re not going to get the same percentages, but you have to make sure that you attempt to bring on other groups to overcome the objection that you don’t care about those communities,” the Sedona Democrat said. 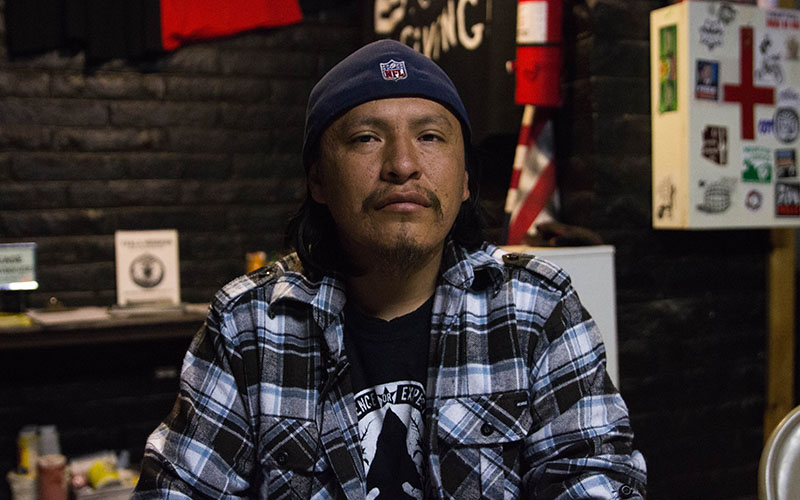 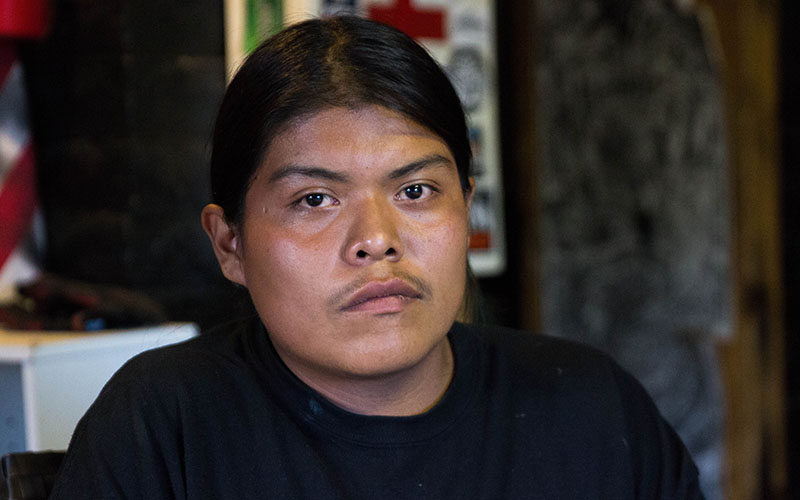 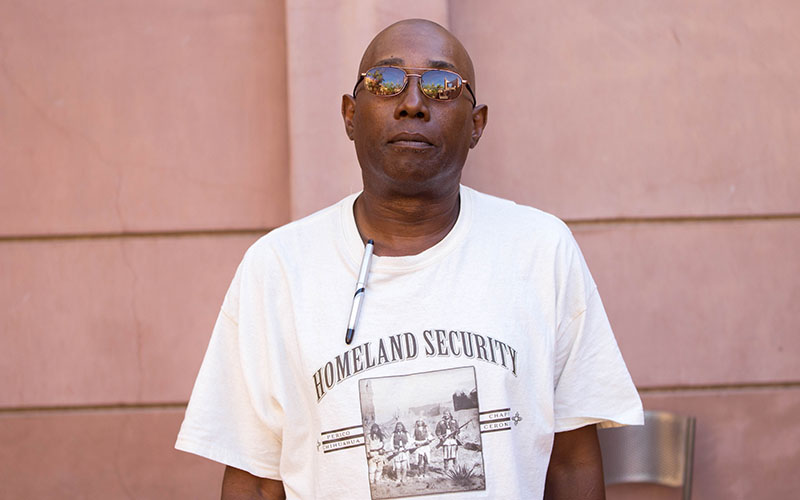 “You’d want to have police officers who speak Spanish,” Shelton said. “If you’re not understanding … you don’t know when they come running and screaming whether they’re going to attack you or whether the baby stopped breathing.”

Nikolas Rasheta, a detective with the Mesa Police Department, said officers can miss out when there’s a language barrier. “In many cases, as soon as they realize I speak Spanish, you can just see relief in their face,” he said.

He pointed to Phoenix Police Chief Jeri Williams, who is African-American.

“When they made Chief Williams the chief of police, I really liked that. … it speaks volumes.”

Johnson said he had an encounter with police a few weeks back, and he appreciated talking with a black officer.