Arizona residents reprise their favorite MLK quotes – linking the protests of the past to today's movement to end police brutality and systemic injustice in America.

Click on a name to hear or read the words of Arizona advocates for equity and justice. 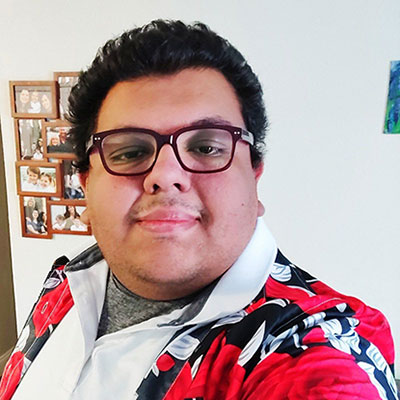 Juarez, 27, of Phoenix, cares for immunocompromised family members at home but leverages Twitter to amplify his voice for protest and change.

I submit that an individual who breaks a law that conscience tells him is unjust, and who willingly accepts the penalty of imprisonment in order to arouse the conscience of the community over its injustice, is in reality expressing the highest respect for law.

I think a lot of people equate peaceful with law-abiding. I think that there's a difference. You can nonviolently protest or defend yourself or your protest, but nonviolently protesting doesn't always mean that you're always within the bounds of the law.

Sometimes protest requires the infraction of laws, but it's in a way that's in line with your conscience. It's not just to be a law breaker. It's to break what you perceive to be an unjust law. And the idea being that unjust laws can't be consciously followed because they promote injustice. And I think a lot of people don't like to think about that when they think about what the word peaceful means.

What 'rioters' are trying to tell people

It's not an act of violence because it's not intended to hurt anyone. So many more people are outraged about the destruction of property rather than the annihilation of bodies.

It's a language, and we're trying to communicate because we aren’t heard when we're speaking quietly. We weren't heard going to City Council meetings. We weren't heard writing to our senators, putting letters in the mailbox. The idea that people of color and minorities as a unified group have suffered deprivations of their rights and their dignity, over 400 years, is being distilled into just windows being broken, is completely missing the entire point.

When celebrities and noteworthy people use their position to do whatever it happens to be that’s a silent or calm or civil way of communicating their problem, they're labeled as being unpatriotic … as being ungrateful … as being irreverent or hateful.

We abide by the same laws. We pay the same taxes. We go through the same processes that everybody else goes through. We utilize the same constitutional rights to protest and to make our opinions heard. But we're still labeled as being ungrateful. I believe that there is nobility in nonviolent forms of expression. But the idea is that even as we do that, we're seen as unpatriotic.

Anybody who wants to just stop at the word defund itself and treat that word as if it has no other implications, is just showing an unwillingness to talk about the fact that art programs are always being defunded, education programs. ... It's just the reality of the economy and the budget that certain programs that no longer are useful in the way that they were supposed to be, or that might be redundant, or that might be a product of a different time are deconstructed, so that money can be put to better use.

I believe instead of criminalizing and punishing homelessness, which feeds back into the role of police, that if a portion of that money was taken from defunding and reallocated, it should go towards directives that help to decriminalize things like homelessness. Or decriminalize the public outbursts that mental illness can create, and go towards programs that, again, heal those problems, instead of treating them as crimes.

With these public heroes and these idols that we have, sometimes we elevate them to a position that we believe makes them perfect, or incorrigible, that they're unable to be tainted, when it's more respectful and powerful to see them as human beings that have complexities. 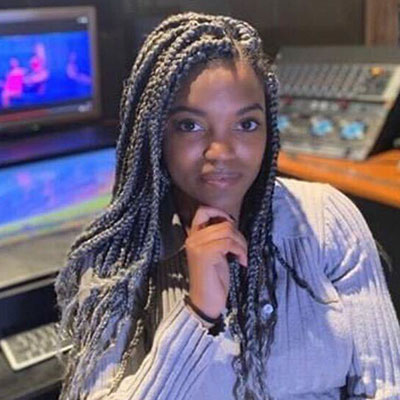 Striggles, 27, who lives in the Phoenix area, is involved with the Phoenix Protest Patrol, which equips protesters with the knowledge and resources they need to be successful and safe.

I have a dream that one day this nation will rise up and live out the true meaning of its creed. We hold these truths to be self-evident, that all men are created equal.

What she would have changed

I would have edited it to “I have a plan.”

Of course, he had to have a dream back then. Because to get a million people on a plan with just a microphone would have been really hard and really public. You know what I mean? So his plan would have been refuted easily, I guess. So I feel like nowadays, if he had the technology we had, he would have been like, ‘Look, I got a plan. And here it go. Here go the schematics.’

‘Voices of the silenced’

I am and have always been, even as a Black bisexual woman, I have always lived in the gray area. And that's what I'm going to call this. I feel like the common denominator of both of those things is strategy.

If violence and if rioting were things that didn't work, why is it that in history everything starts with a war?

Let's not, as a country, go to war to prove a point. But until somebody can lead by example, that's what has been taught. That works, you know?

‘To protect and to serve,’ not kill 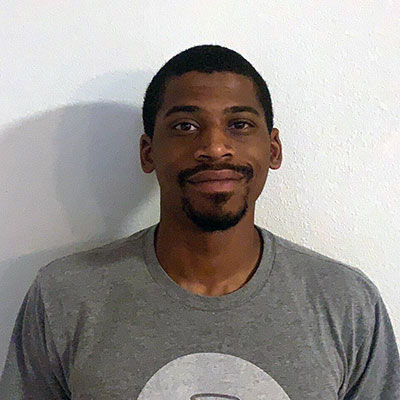 Percy, 27, of Phoenix, is a member of the W.E. Rising Project, which organizes protests in the Phoenix area.

Injustice anywhere is a threat to justice everywhere.

We're robbed as soon as we're born. We're robbed of opportunities coming out of the womb.

We deserve to have equal opportunities. We deserve to be able to go into any club if we want to in Scottsdale and not feel discriminated against. Those are rights, human rights, human decency. And there's a bit of a gap here in Arizona.

This place is very rooted in racism. And the only way that we can start to see that change and get rid of that vicious cycle is to try to just uproot it from the system, get people to wake up, get people to talk about it, have those difficult, difficult conversations. And that's part of what a protest will do.

You can only become so frustrated, to the point where you can't take it anymore. Where enough is enough. And people like to paint MLK as a very calm person. And he was a very peaceful type of man. But I think at that point he was probably very frustrated. He never saw the change that he really wanted to see – he was murdered before he got to see it. He probably understood, to a certain extent, why people did choose to riot instead of protesting in the streets.

I was out there in downtown Phoenix Thursday night, Friday night, Saturday night and Sunday night, the first four nights, where the city of Phoenix Police Department – they tear-gassed us. They shot rubber bullets directly at protesters. Those types of things, they cause a certain frustration. Now personally, I don't believe in rioting and I don't support rioting. But I think that at a certain point, people who have been through that, if that's what they feel is their way of expressing it, I'm not here to tell them no.

Personally, I agree with MLK. I think I agree with the nonviolence thing. But I would never put down the people who choose to do the opposite. Because we all want the same thing.

It is still a fire. So we're going to most definitely try to keep it alight and keep it ignited and keep going with it, whatever that looks like.

Editor’s note: If you’re an activist or have joined a protest against racism and police brutality, and have found inspiration in the words of Martin Luther King Jr., reach out with your contact information to [email protected]. We may consider your story for future updates.

Back to Cronkite News